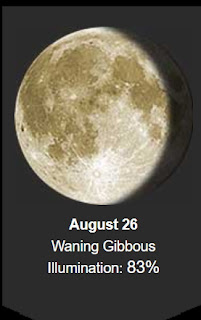 Good 46º clear morning.
Yesterday we had smoke and we topped at 91º.
Picture of the Day 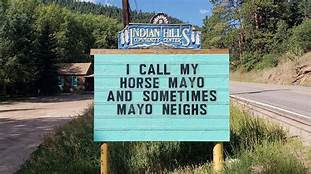 Interesting about the heaviest US President.... 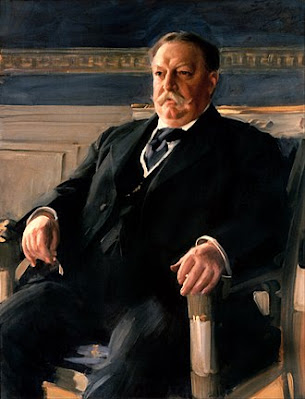 Only one individual has taken and administered the presidential oath of office. William Howard Taft was sworn in as the twenty-seventh President of the United States on March 4, 1909. A dozen years later he was sworn in as the tenth chief justice of the United States Supreme Court. During his nine-year tenure as chief justice, he issued the oath of office to Calvin Coolidge (1925) and Herbert Hoover (1929). Taft holds two other notable distinctions. He was America’s heaviest president, tipping the scales at more than 300 pounds, and the last president to sport facial hair, in his case, a handlebar mustache.

William Howard Taft (September 15, 1857 – March 8, 1930) was the 27th president of the United States (1909–1913) and the tenth chief justice of the United States (1921–1930), the only person to have held both offices. Taft was elected president in 1908, the chosen successor of Theodore Roosevelt, but was defeated for reelection by Woodrow Wilson in 1912 after Roosevelt split the Republican vote by running as a third-party candidate. In 1921, President Warren G. Harding appointed Taft to be chief justice, a position he held until a month before his death.

Taft was born in Cincinnati, Ohio, in 1857. His father, Alphonso Taft, was a U.S. attorney general and secretary of war. Taft attended Yale and joined the Skull and Bones, of which his father was a founding member. After becoming a lawyer, Taft was appointed a judge while still in his twenties. He continued a rapid rise, being named solicitor general and a judge of the Sixth Circuit Court of Appeals. In 1901, President William McKinley appointed Taft civilian governor of the Philippines. In 1904, Roosevelt made him Secretary of War, and he became Roosevelt's hand-picked successor. Despite his personal ambition to become chief justice, Taft declined repeated offers of appointment to the Supreme Court of the United States, believing his political work to be more important.

With Roosevelt's help, Taft had little opposition for the Republican nomination for president in 1908 and easily defeated William Jennings Bryan for the presidency in that November's election. In the White House, he focused on East Asia more than European affairs and repeatedly intervened to prop up or remove Latin American governments. Taft sought reductions to trade tariffs, then a major source of governmental income, but the resulting bill was heavily influenced by special interests. His administration was filled with conflict between the Republican Party's conservative wing, with which Taft often sympathized, and its progressive wing, toward which Roosevelt moved more and more. Controversies over conservation and antitrust cases filed by the Taft administration served to further separate the two men. Roosevelt challenged Taft for renomination in 1912. Taft used his control of the party machinery to gain a bare majority of delegates and Roosevelt bolted the party. The split left Taft with little chance of reelection, and he took only Utah and Vermont in Wilson's victory.

After leaving office, Taft returned to Yale as a professor, continuing his political activity and working against war through the League to Enforce Peace. In 1921, Harding appointed Taft chief justice, an office he had long sought. Chief Justice Taft was a conservative on business issues, and under him there were advances in individual rights. In poor health, he resigned in February 1930, and died the following month. He was buried at Arlington National Cemetery, the first president and first Supreme Court justice to be interred there. 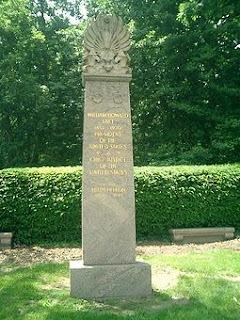 Taft is generally listed near the middle in historians' rankings of U.S. presidents.

If you want to read a whole lot more about Taft, go here: 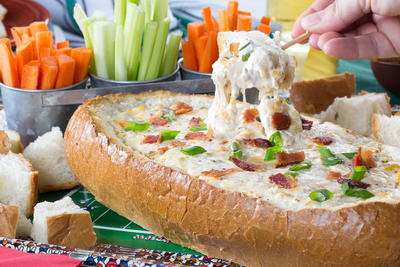 Ready to win big at the game day party this season? This recipe will always be a big win: our Halftime Bacon Cheese Dip is ooey-gooey, and bacon-studded making it the ultimate football cheese dip.  Everyone on game day will be clamoring for more as these delicious flavors score a taste bud touchdown.

***You can also serve this with your favorite veggies and frozen pretzel bites that you can bake right alongside the bread loaf.
Historically this date....
1818 – Illinois becomes the 21st state in the union of the United States.


1942 – Holocaust in Chortkiav, western Ukraine: At 2.30 am the German Schutzpolizei starts driving Jews out of their houses, divides them into groups of 120, packs them in freight cars and deports 2000 to Belzec death camp. 500 of the sick and children are murdered on the spot
...............so horrible and disgusting.


1970 – The then new feminist movement, led by Betty Friedan, leads a nation-wide Women's Strike for Equality.

1980 – After John Birges plants a bomb at Harvey's Resort Hotel in Stateline, Nevada, in the United States, the FBI inadvertently detonates the bomb during its disarming.

2009 – Kidnapping victim Jaycee Dugard is discovered alive in California after being missing for over 18 years.

2015 – Two U.S. journalists are shot and killed by a disgruntled former coworker while conducting a live report in Moneta, Virginia.

2017 – The Mercedes-Benz Stadium opens in Atlanta, Georgia, replacing the Georgia Dome that was demolished on November 20. 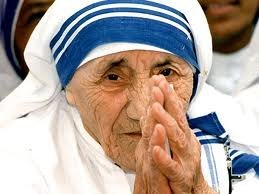 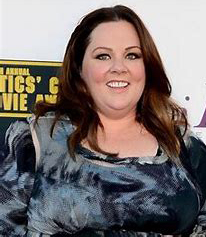 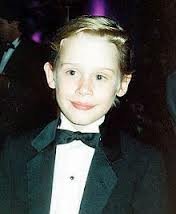 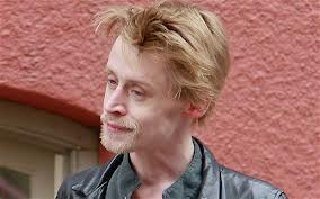 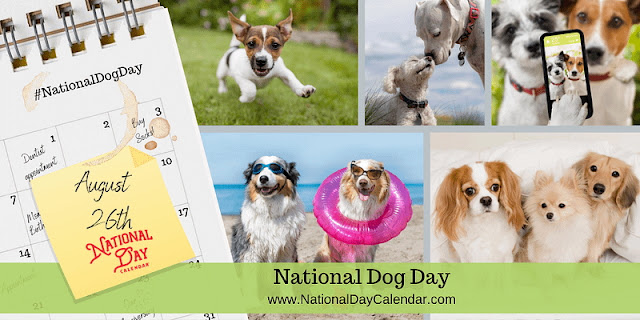 National Dog Day on August 26th encourages dog ownership of all breeds. While seeking a new companion, be sure to consider the mutts, mixes, purebreds, and everything in between.

Whether mixed or purebred, embrace the opportunity for all dogs to live a happy, safe, and abuse-free life. They all give us companionship. Additionally, they keep us safe, and they aid those in need. Dogs play. Well, they play many roles in our lives, too! They keep us healthy, both physically and mentally.

While many days aim to find loving homes for dogs, this day expands that consideration to look beyond the breed. Look into the heart of the animal. The purpose of the National Dog Day Foundation is to rescue 10,000 dogs each year.

A dog is man’s best friend.

Purebreds are animals whose parents were both of the same breed. While the American Kennel Club (AKC) recognizes official breeds, not all dogs with parents from the same breed are considered official by the AKC. One benefit of purebred animals is that characteristics such as behavior and size are predictable.

With mixed breed animals, the genetics becomes uncertain, and some of the predictability is lost. However, when it comes to choosing a dog to add to your family or for training one to join a team, both purebred and mixed breeds may still fit the bill. Both types of dogs, young and old, find their way to shelters.

Many popular breeds fill shelters due to recent films or television shows. Families buy an animal imagining they will make the perfect pet but are unprepared for the training, care, and other responsibilities that come with canine care. Regardless of their genetics, all dogs require care and training. If there’s a particular breed that has captured your heart, check the shelters. You might be surprised to find either a purebred or one that is a mix of the kind you’re fond of.

When dogs find a forever home, their companionship creates lifelong benefits. They bring with them joy, loyalty, and devotion. Eventually, no matter the breed, these pets become family.

TIPS ON HOW TO OBSERVE NATIONAL DOG DAY

When considering adoption, adopt, don’t shop. If you have your heart set on a purebred companion, consider visiting a website like bestfriends.org or petfinder.com to find one at a shelter. Learn how organizations like these are changing the way we adopt. As you search for your new family member, get prepared. Keep in mind the needs of a small versus large dog. Until you find your forever companion, consider volunteering at your shelter or becoming a foster parent.

Take your dog for a walk.  If you do not have a dog, ask to take your neighbor’s dog for a stroll, or volunteer at a shelter. Be sure to stock up on plenty of Dog Treats as well.

Q. What does a dog do when it’s happy?
A. A happy dog will hold its tail high and wag it. Other signs that a dog is happy include:

Q. What does it mean when a dog licks you?
A. There may be many reasons for a dog licking a human. Licking may be a sign of affection (awe, he likes you!!). It might also be because you just ate that piece of jerky or you taste a little salty. Licking can also be a way to get your attention. Is it mealtime? Do they need to go out? They might also be telling you, “Hey, don’t stop scratching that spot.” 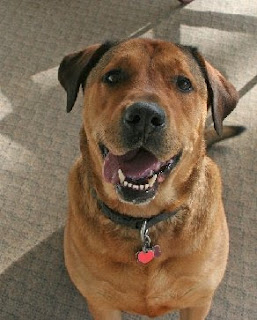 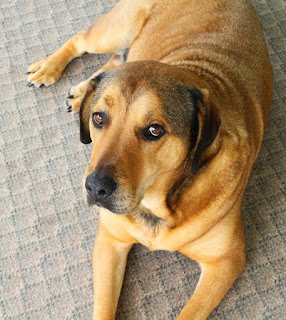