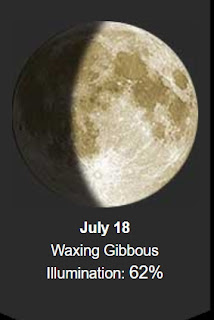 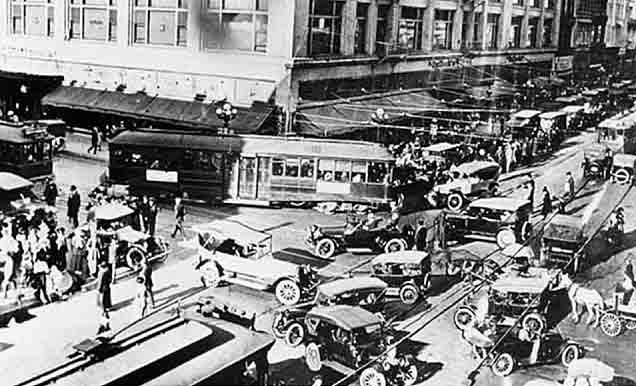 Interesting about the state of Nevada.... 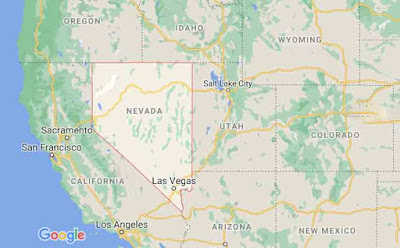 In 1899 Charles Fey invented a slot machine named the Liberty Bell. The device became the model for all slots to follow.

There were 16,067 slots in Nevada in 1960. In 1999 Nevada had 205,726 slot machines, one for every 10 residents.
Bugsy Siegel named his Las Vegas casino “The Flamingo” for the long legs of his showgirl sweetheart, Virginia Hill.
Bertha was a performing elephant that entertained for 37 years at John Ascuaga’s Nugget casino located in Sparks. She was 48 years old when she died. 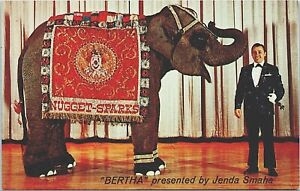 Pershing County located in Cowboy Country features the only round courthouse in the United States. Update: the Bucks County Courthouse in Pennsylvania, constructed in 1960, is considered round. Now there are two.

In 1931 the Pair-O-Dice Club was the first casino to open on Highway 91, the future Las Vegas Strip. 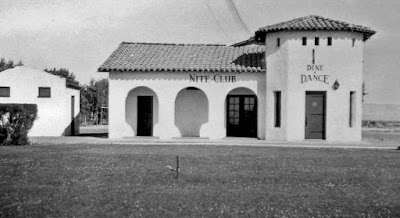 In March 1931 Governor Fred Balzar signed into law the bill legalizing gambling in the state.
Construction of the Nevada State Capitol located in Carson City was proposed on April 14, 1870. Carson City is one of the smallest state capitals in the country. Update: With current growth, may now be 14th smallest.
Nevada takes its name from a Spanish word meaning snow-clad.
Most of the state is desert but the Sierra Nevada mountain range near Reno and the Ruby Mountains near Elko has snow for half the year.
Nevada has more mountain ranges than any other state, with its highest point at the 13,145 foot top of Boundary Peak near the west-central border.
You see the name Hughes on numerous locations and developments. Howard Hughes bought up considerable Nevada property before he died in 1976, including the following hotels and casinos: Castaways, Desert Inn, Frontier, Landmark, Sands, Silver Slipper, and Harold’s Club. Part of the Hughes legend was recounted in Jonathan Demme’s “Melvin and Howard.”
Nevada is the largest gold-producing state in the nation. It is second in the world behind South Africa.
Hoover Dam, the largest single public works project in the history of the United States, contains 3.25 million cubic yards of concrete, which is enough to pave a two-lane highway from San Francisco to New York. The dam face was used in an amazing stunt for Roland Emerich’s “Universal Soldier” and has been seen in such films as “Viva Las Vegas” and “Fools Rush In.” 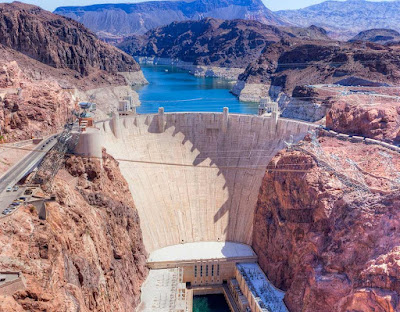 Construction worker Hard Hat’s were first invented specifically for workers on the Hoover Dam in 1933.
Las Vegas has more hotel rooms than any other place on earth. 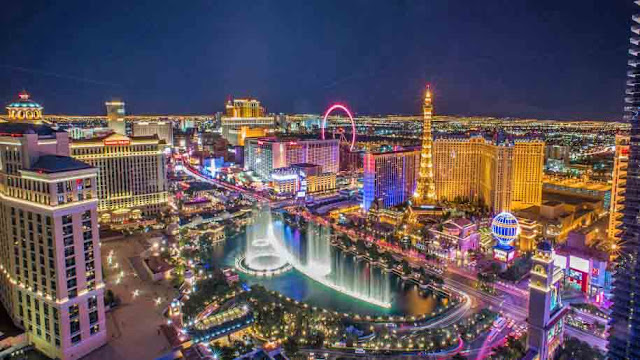 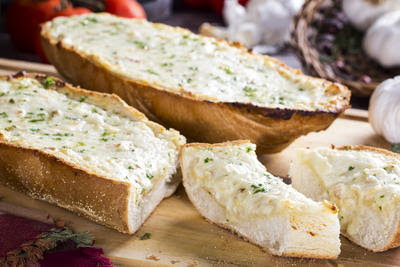 If you're serving up an Italian dinner, then you're probably searching for the perfect garlic bread recipe. Well, our garlic bread has not just one, not just two, but THREE different kinds of cheeses to make it the ultimate combination of cheesy and garlic that will take your Italian-style dinner night to the next level. Our Three Cheese Garlic Bread will have everyone saying, "molto bene!" That's, "very good," in Italian!

Historically this date....
1925 – Adolf Hitler publishes his personal manifesto Mein Kampf.
1966 – Human spaceflight: Gemini 10 is launched from Cape Kennedy on a 70-hour mission that includes docking with an orbiting Agena target vehicle.
1968 – Intel is founded in Santa Clara, California.
1969 – After a party on Chappaquiddick Island, Senator Ted Kennedy from Massachusetts drives an Oldsmobile off a bridge and his passenger, Mary Jo Kopechne, dies.
1984 – McDonald's massacre in San Ysidro, California: in a fast-food restaurant, James Oliver Huberty opens fire, killing 21 people and injuring 19 others before being shot dead by police.
And births this date include...
1909 – Harriet Nelson, American singer and actress (d. 1994) 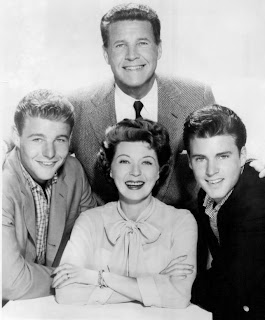 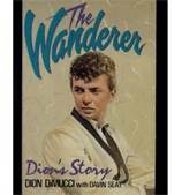 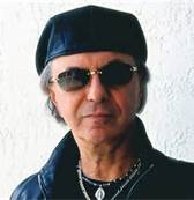 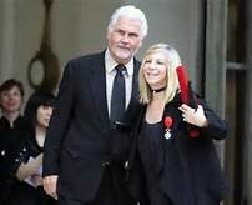 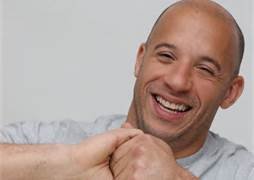 By the way, the picture I posted yesterday of the two dogs "friends" with interchanged tails was noted to me by my friend Arlon....
"I received this very pic of the two dogs and they said that the Golden Retriever was blind and the black dog was leading his best friend wherever it goes." 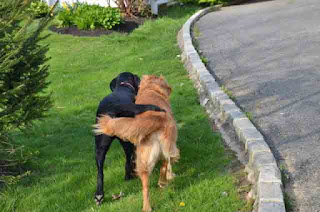 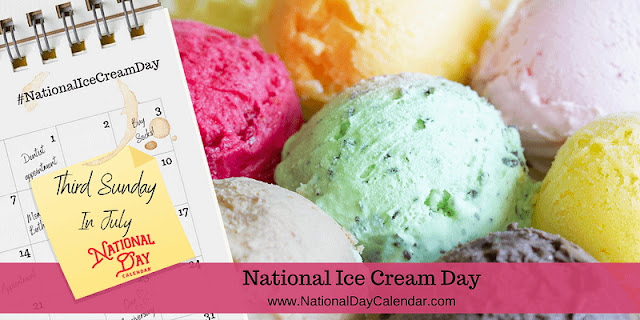 Thousands of years ago, people in the Persian Empire put snow in a bowl, poured concentrated grape juice over it, and ate it as a treat. Even when the weather was hot, they would savor this sweet treat. Their trick? They placed snow in underground chambers known as yakchal where the temperatures kept the snow from melting. The Persians also hiked to the mountain tops by their summer capital to gather snowfall.

The Chinese, under the Tang Dynasty around 697 AD, took to freezing dairy with salt and ice. However, the results aren’t exactly the ice cream we enjoy today. Frozen treats and beverages later, culinary folks point to Naples, Italy as the birthplace of the first ice cream. They give credit to Antonio Latini. He was born in 1642 and created a milk-based sorbet.

In the United States, the Quaker colonists earn the nod for bringing their ice recipes over with them. They opened the first ice cream shops, including shops in New York and other cities during the colonial era.

An astonishing fact regarding Thomas Jefferson – his recipe for Old Fashioned Vanilla Ice Cream is believed to be the oldest recipe for ice cream in the USA. The recipe below is provided by the Library of Congress.  The transcript is word for word for ease of following along.

2 bottles of good cream.
6 yolks of eggs.
1/2 lb. sugar
mix the yolks & sugar
put the cream on a fire in a casse
-role, first putting in a stick of Vanilla.
when near boiling take it off &
pour it gently into the mixture
of eggs & sugar.
stir it well.
put it on the fire again stirring
it thoroughly with a spoon to
prevent it’s sticking to the casse--role.
when near boiling take it off and
strain it thro’ a towel.

put salt on the coverlid of the
Sabotiere & cover the whole with ice.
leave it still half a quarter of an hour.
then turn the Sabottiere in the
ice 10 minutes
open it to loosen with a spatula
the ice from the inner sides of
the Sabotiere.
shut it & replace it in the ice.
open it from time to time to de-
-tach the ice from the sides.

when well taken (prise) stir it
well with the Spatula.
put it in molds, justling it
well down on the knee.
then put the mold into the same bucket of ice.
leave it there to the moment of serving it.
to withdraw it, immerse the
mold in warm water,
turning it well till it
will come out & turn it
into a plate.

Enjoy National Ice Cream Day by sharing some with your family and friends! Experiment with different flavors or go to your favorite ice cream shop. Give them a shout-out, too!