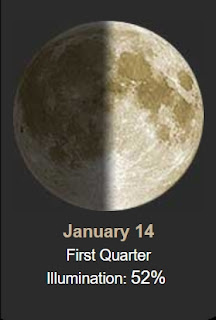 Good 25º (BURRRRRRRRRRR!) everything is frozen morning.
Yesterday with the frozen 29º it was so clear.... 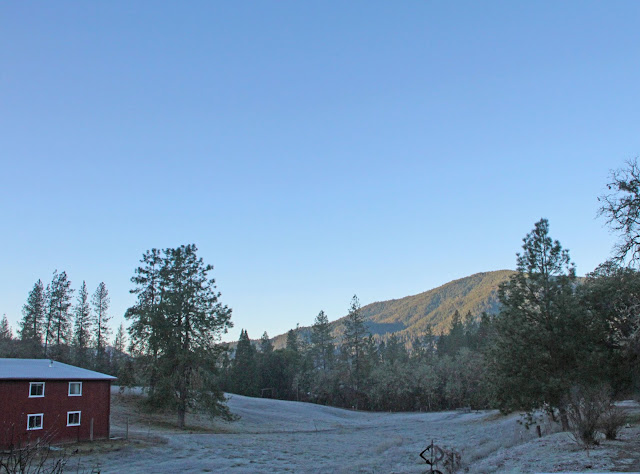 In Grants Pass they had that heavy fog again..... 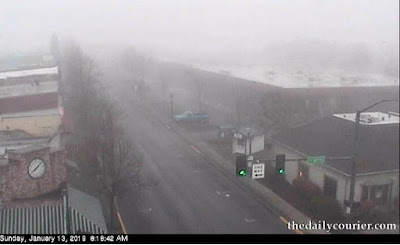 Later we warmed to 68º. No smoke so the doors were open!

Saturday Sami was in a gymnastic meet up in Corvallis Oregon. 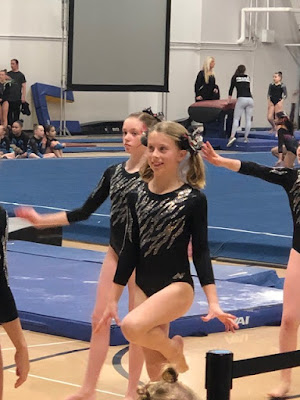 She won 2nd in the vault and 3rd all around!
Picture of the Day

Interesting about the Basenji dog.... 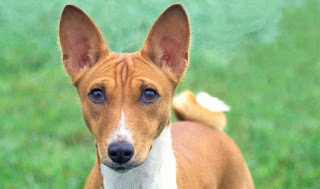 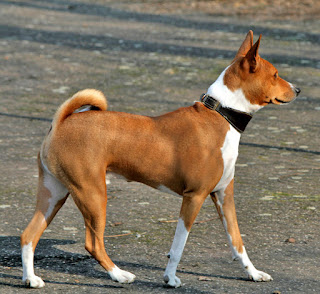 An elegant, lightly built hunting dog from the Congo, the Basenji is known as the “Barkless Dog” due to his making a noise that sounds like a yodel or a high pitched scream when excited. They also will have the usual whines, whimpers and you are likely to hear a low pitched growl when strangers approach.
The Basenji is highly intelligent. They can smell and see at a great distance. They were originally used as a hunter’s dog to flush game into the open. They are similar to a cat in their manner as they are fiercely independent and can be stubborn at times.
They do need daily exercise and will love to walk and hike with you.
The Basenji has short hair, sheds very little, and has sharp, pointy ears. It stands about 16 inches tall, weighs about 22 pounds, and lives up to 12 years of age. They are very clever and loving and can make an excellent companion. They have a way to make facial expressions when you speak to them. They like to be clean and have similar to a feline grooming habits.
The Basenji is faithfully loyal and will defend their home relentlessly. They consider themselves part of the family and will expect to live where you do, indoors. They demand attention and love to play but are not the fetch or Frisbee type of dog. Instead, they love to chase things.
Basenjis are also good show dogs as they have a proud manner and have a shiny brown coat.
Introduced to the U.S. in 1930, the Phemister’s Bois was the first Basenji registered with the AKC in 1944.

Winter Vegetable Soup
This makes 2 servings, so double or triple it all up for more... 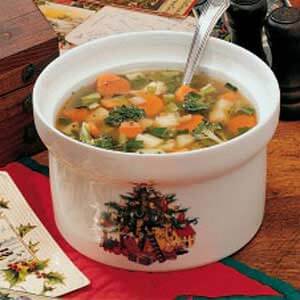 1/2 cup sliced green onions
1 tablespoon canola oil
1 can (14-1/2 ounces) chicken broth
1 small potato, peeled and cubed
1 large carrot, sliced
1/4 teaspoon dried thyme
1 cup broccoli florets
1/4 teaspoon salt, optional
1/8 teaspoon pepper
In a large saucepan, saute onions in oil until tender. Add the broth, potato, carrot and thyme. Bring to a boil. Reduce heat; simmer, uncovered, for 5 minutes. Add the broccoli, salt if desired and pepper; simmer, uncovered, for 5-7 minutes or until vegetables are tender.
Historically this date..........
1943 – World War II: Franklin D. Roosevelt becomes the first President of the United States to travel via airplane while in office when he travels from Miami, Florida to Morocco to meet with Winston Churchill.
1967 – Counterculture of the 1960s: The Human Be-In, takes place in San Francisco, California's Golden Gate Park, launching the Summer of Love.
1973 – Elvis Presley's concert Aloha from Hawaii is broadcast live via satellite, and sets a record as the most watched broadcast by an individual entertainer in television history.
And births this date include...
1741 – Benedict Arnold, American/British general (d. 1801) 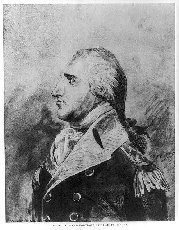 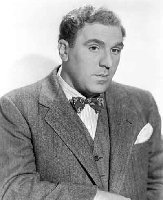 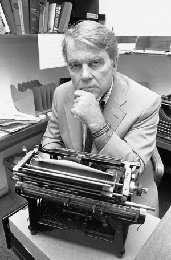 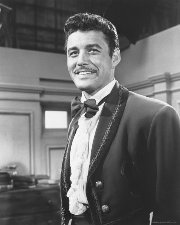 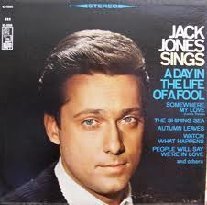 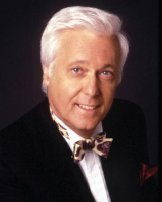 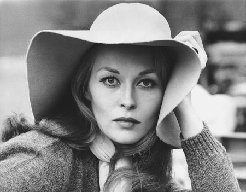 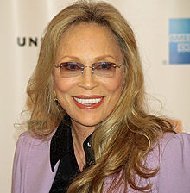 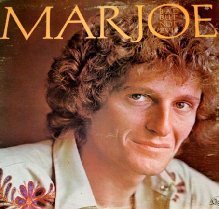 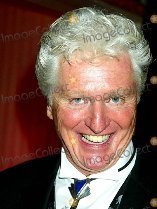 Delivered a package to him when I was working for UPS. OMGOSH, what a weirdo!!!! SOOOO in love with himself! 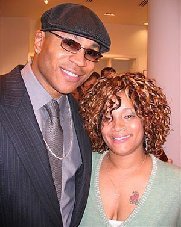 Yesterday my Patriots played the Los Angeles Chargers in the AFC divisional playoff. 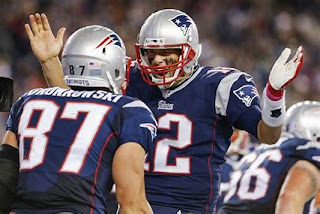 In the first half my Pats were 35-7. The gamed ended with the Pats 41-28.
Next Sunday my Patriots play the Kansas City Chiefs for the AFC championship.

The Super Bowl will be played on February 3rd. I looked up who was going to be the halftime entertainment for the SB and don't even know any of them!!
All I know. Nuff said. Happy Monday. Ciao.
xo Sue Mom Bobo 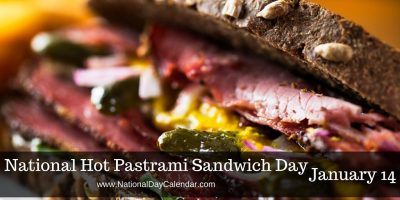 Pastrami lovers across the country look forward to their favorite sandwich on January 14 as they recognize National Hot Pastrami Sandwich Day.
A very popular delicatessen meat, pastrami is usually made from beef however sometimes is made from pork, mutton or turkey.  The pastrami was originally created as a way to preserve meat before modern refrigeration. To make pastrami the raw meat is placed in brine, then partially dried, seasoned with various herbs and spices, smoked and steamed.
A wave of Romanian Jewish immigration introduced pastrami (pronounced pastróme), a Romanian specialty, in the second half of the 19th century.  Early English references had used the spelling “pastrama” before the modified “pastrami” spelling was used.
New York kosher butcher, Sussman Volk is generally credited with producing the first pastrami sandwich in 1887, claiming to have gotten the recipe from a Romanian friend in exchange for storage of his luggage.  Due to the popularity of his sandwich, Volk converted his butcher shop into a restaurant to sell pastrami sandwiches.
***On this special day I wish I was closer to Philippe's in Los Angeles on Alameda Street. THE BEST pastrami. Here is their website:
https://www.philippes.com/
It's got lots of photos.
Philippes was across the street from the Los Angeles Terminal Annex Post Office ... where my Dad worked! 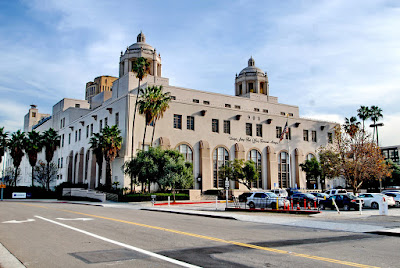 And it was down the street on Alameda from Union Station and Olvera Street! 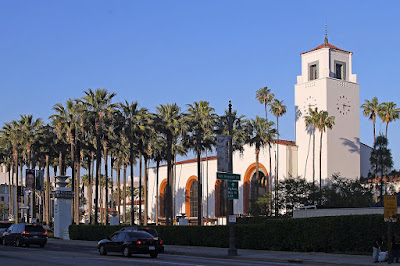 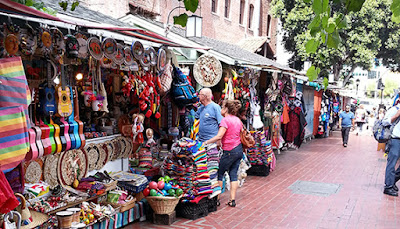