A year ago today we had snow... 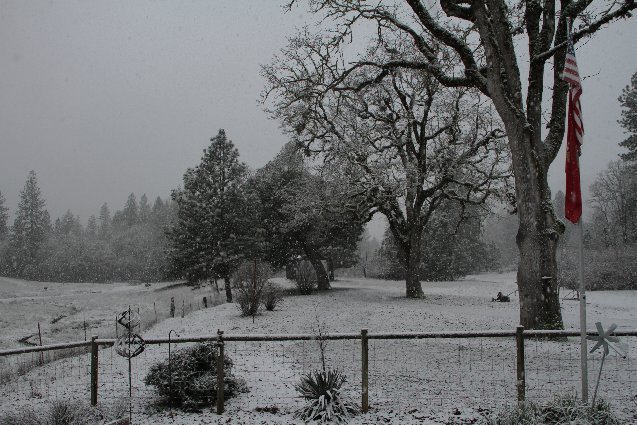 Yesterday was the Rose Parade, with my grandson Jack playing drums with the PCC Honor Marching Band. These I took off the TV.... I was so envious of the sunshine and pretty blue skies in Pasadena, as it stayed the same old same old here.... fog and 40º's.

So, I was looking for photos of our Sheriff's Boys Band, of course never found any, but did find this photo.... While I watched the parade (and took pictures) Dude was resting on his couch and the Bruise was up in his tower watching the birds outside. 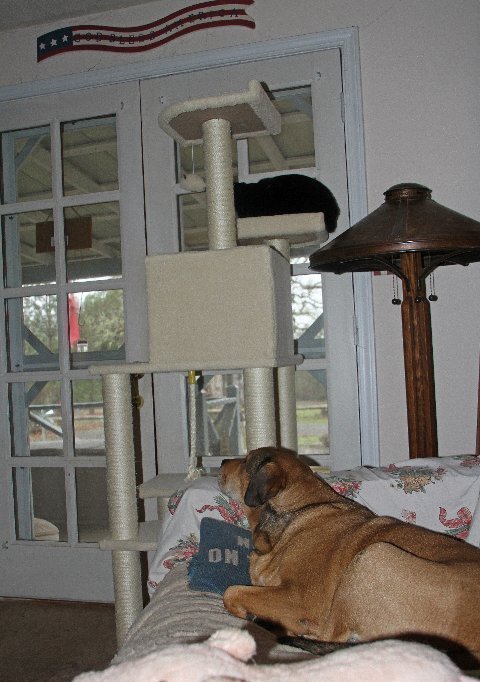 Then he came down and napped on his other post, when he saw a fly in the lampshade! 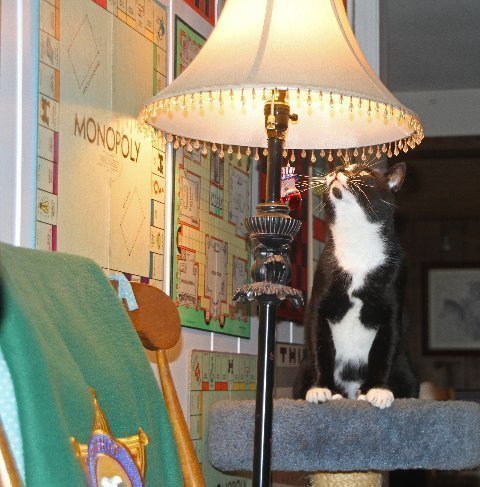 I have always loved shortbread. A Scottish staple my grandmother always made, but this one has me drooling even more...... 1. Cook the bacon and set aside on paper towels to drain
2. Beat butter and maple syrup together until smooth.
3. Mix in flour, cornstarch, and salt and then bacon.
4. Shape the dough as desired.
5. Bake in 350º about 10-12 minutes, until slightly golden brown. Gabe and Ann with their new car....


Historically this date...
1974 – President Richard Nixon signs a bill lowering the maximum U.S. speed limit to 55 MPH in order to conserve gasoline during an OPEC embargo

Today is National Cream Puff Day! Cream puffs are rich desserts that made their debut in the United States in 1880. However, the first cream puff originated in Europe sometime during the 1540's when Catherine de Medici's pastry chef created the baked puffed shells for Catherine’s husband, Henry II of France.
Cream puffs are unusual pastries. Flour is added to a boiled mixture of butter and water, and then cooked at a high temperature until the mixture becomes a smooth ball of dough with a hollow center. After cream puffs are taken out of the oven, they must be cut in half or the pastry will deflate upon cooling.
To celebrate National Cream Puff Day, bake some of your own divine cream puffs to enjoy. Don't forget to top them off with powdered sugar! 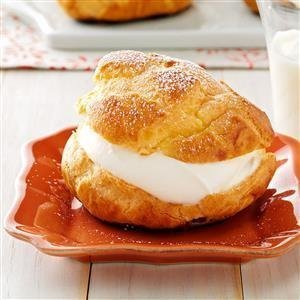 https://www.tasteofhome.com/recipes/state-fair-cream-puffs
Posted by Oregon Sue at 8:18 AM No comments: