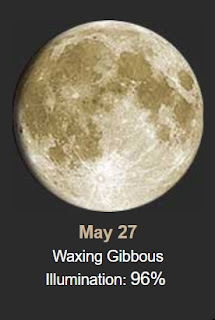 Good 40º clear sunny morning.
It stayed cool yesterday and we only hit 70º. The big parade, Boatnik, was in Grants Pass. Our Tucker and his school band were in the parade... (taken by his dad!) 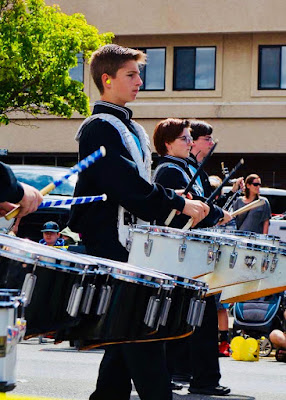 Today predictions are for warmer, up to mid 80ºs.
Interesting.... 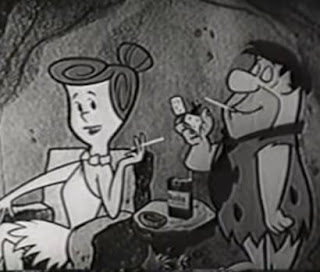 The Flintstones premiered on September 30, 1960, at 8:30 pm, and quickly became a hit. The first two seasons were sponsored by Winston cigarettes and the characters appeared in several black-and-white television commercials for Winston. In the commercials, Flintstones characters Fred Flintstone and Barney Rubble were seen promoting Winston, and every episode ended with Fred lighting a Winston for his wife Wilma while singing the product's jingle. By the third season, however, the show's ads became more children oriented and Winston was replaced by Welch's.
BLT Roll-ups.... 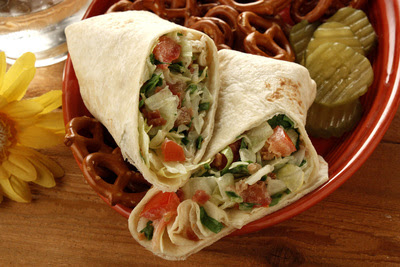 It's a chopped salad filling with the flavors of a BLT in a tortilla wrap.

If you'd prefer, use light mayonnaise and whole-wheat tortillas and, instead of bacon bits, chop a quarter pound of deli turkey to mix in and create a "TLT" burrito.
Special birthday today..... Andy Nantz, husband of my BFF Linda and a former Marine with my Jerry. HAPPY BIRTHDAY ANDY!! ox 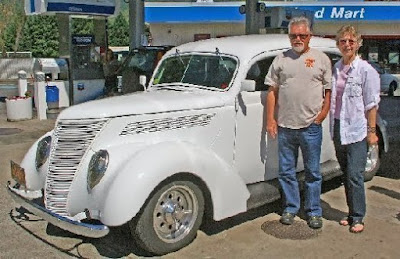 Historically this date........
1907 – Bubonic plague breaks out in San Francisco, California.1927 – The Ford Motor Company ceases manufacture of the Ford Model T and begins to retool plants to make the Ford Model A.
1933 – The Walt Disney Company releases the cartoon Three Little Pigs, with its hit song "Who's Afraid of the Big Bad Wolf?"
1937 – In California, the Golden Gate Bridge opens to pedestrian traffic, creating a vital link between San Francisco and Marin County, California.
1967 – The U.S. Navy aircraft carrier USS John F. Kennedy is launched by Jacqueline Kennedy and her daughter Caroline.
2006 – The May 2006 Java earthquake strikes at 5:53:58 am local time (22:53:58UTCMay 26) devastating Bantul and the city of Yogyakarta killing over 6,600 people.
And births this date include....
1837 – Wild Bill Hickok, American gunfighter (d. 1876) 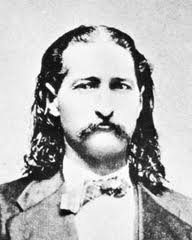 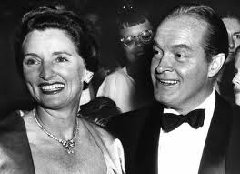 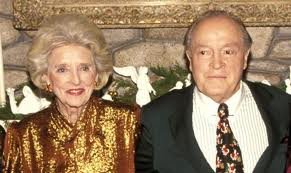 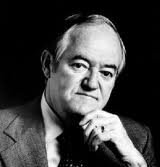 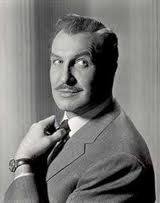 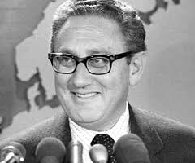 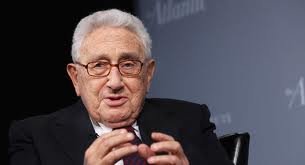 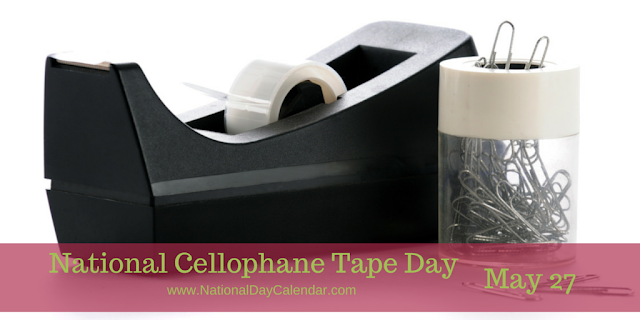 Observed annually on May 27th is National Cellophane Tape Day. It is hard to imagine where we would be without this invention. How would we wrap our Christmas and birthday gifts?
This everyday household and office item, which is also known as invisible tape or Scotch Tape, was invented by Richard Gurley Drew (June 22, 1899 – December 14, 1980).  Drew joined the 3M Company in St. Paul, Minnesota in 1920, first inventing the masking tape in 1926, followed by the invention of the cellophane tape in 1930.
Originally designed to seal Cellophane packages sold in grocers and bakeries, the new adhesive missed its mark. By the time all its drawbacks were resolved, DuPont introduced heat-sealed cellophane.
Regardless, with a resounding endorsement from customers, 3M found a market in both the home and the office.

Posted by Oregon Sue at 7:00 AM No comments: