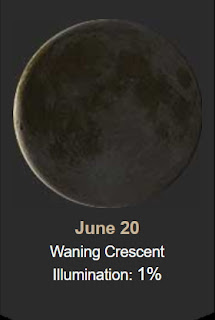 Happy First Day of Summer!!!
In 2020, the June solstice occurs on Saturday, June 20, marking the start of summer in the Northern Hemisphere. Here’s everything you need to know about the summer solstice—the longest day of the year!

In the Northern Hemisphere, the June solstice (aka summer solstice) occurs when the Sun reaches its highest and northernmost points in the sky. This event marks the start of summer in the northern half of the globe. (In the Southern Hemisphere, it’s the opposite: the June solstice marks the start of winter, when the Sun is at its lowest point in the sky.)

WHEN IS THE SUMMER SOLSTICE?

In 2020, the June solstice is Saturday, June 20, at 5:44 P.M. EDT. This date marks the official beginning of summer in the Northern Hemisphere, occurring when Earth arrives at the point in its orbit where the North Pole is at its maximum tilt (about 23.5 degrees) toward the Sun, resulting in the longest day and shortest night of the calendar year. (By longest “day,” we mean the longest period of sunlight.) At the June solstice, the Northern Hemisphere receives sunlight at the most direct angle of the year.

CELEBRATE THE START OF SUMMER WITH AN ECLIPSE

An annular solar eclipse will occur on the weekend of the solstice, beginning just before midnight (Eastern Time) on Saturday, June 20, and reaching its maximum point at 2:40 AM EDT on the 21st. Annular eclipses are very similar to total solar eclipses, but instead of covering the Sun completely, the Moon only covers most of the Sun, leaving a thin, shining ring—called an “annulus” or “ring of fire”—around the Moon’s dark shape.
This eclipse will NOT be visible from North America, but can be viewed from parts of Europe, Africa, Asia, and Australia. If you’re not in one of those areas, don’t worry! You can watch the eclipse live on YouTube starting at 1:00 AM EDT on Sunday, June 21, here: Annular Solar Eclipse Livestream

WHAT IS THE SUMMER SOLSTICE?

In the Northern Hemisphere, the June solstice (aka summer solstice) occurs when the Sun reaches its highest and northernmost points in the sky. It marks the start of summer in the northern half of the globe. (In contrast, the June solstice in the Southern Hemisphere is when the Sun is at its lowest point in the sky, marking the start of winter.)
The word “solstice” comes from Latin solstitium—from sol (Sun) and stitium (still or stopped), reflecting the fact that on the solstice, the Sun appears to stop “moving” in the sky as it reaches its northern- or southernmost point (declination) for the year, as seen from Earth.
After the solstice, the Sun appears to reverse course and head back in the opposite direction. The motion referred to here is the apparent path of the Sun when one views its position in the sky at the same time each day, for example at local noon. Over the year, its path forms a sort of flattened figure eight, called an analemma. Of course, the Sun itself is not moving (unless you consider its own orbit around the Milky Way galaxy); instead, this change in position in the sky that we on Earth notice is caused by the tilt of Earth’s axis as it orbits the Sun, as well as Earth’s elliptical, rather than circular, orbit.
Does the Solstice Always Occur on the Same Day?
The timing of the June solstice is not based on a specific calendar date or time; it all depends on when the Sun reaches its northernmost point from the equator. Therefore, the solstice won’t always occur on the same day. Currently, it shifts between June 20, 21, and 22.
The Year’s Longest Day
The Summer Solstice is the day with the longest period of sunlight. Notice how the Sun appears highest in the sky at the solstice; its rays strike Earth at a more direct angle, causing the efficient warming we call summer. Because the Sun is highest in the sky on this day, you’ll notice that your shadow (at local, or solar, noon, not clock-time noon) is the shortest that it will be all year. [Local noon is when the Sun crosses the local meridian (an imaginary line between the North and South poles) and is highest in the sky for the day.]
For those who live in the Southern Hemisphere, this is the shortest day of the year and marks the arrival of winter.

Yesterday we had clouds come and go and we warmed to 96º!!! 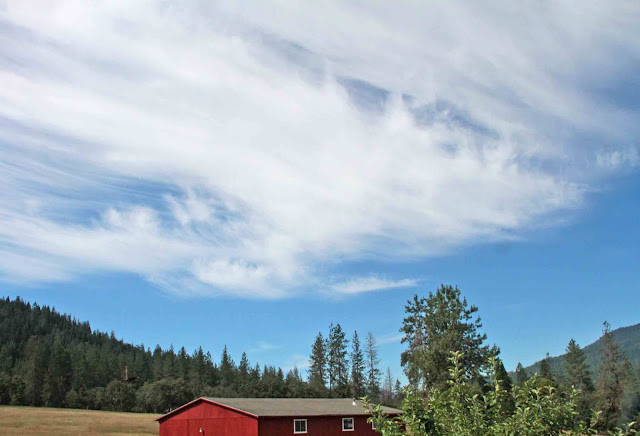 Picture of the Day ... LOL. Thanks Vivia! 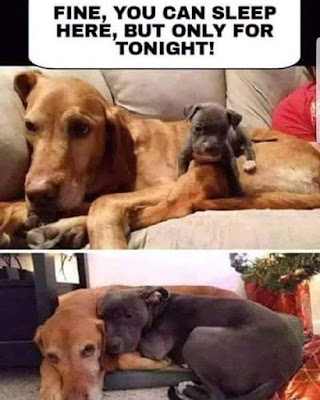 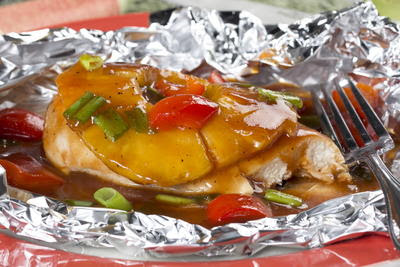 If you're the type of person who loves food that's super juicy, likes to make sure everyone has an equal portion, and isn't a big fan of washing a ton of dishes, then our recipe for Tropical BBQ Chicken Packets is just for you. This foil packet dinner features the juiciest chicken ever with tropical barbecue flavors - you're gonna love it!
****
Make 'em on the grill! Preheat grill to medium-high, place chicken packets on grill, close cover, and cook 15 to 20 minutes, or until no pink remains in the chicken.

Historically this date.......
1893 – Lizzie Borden is acquitted of the murders of her father and stepmother. The "poem"...
"Lizzie Borden took an axeAnd gave her mother forty whacksWhen she saw what she had doneShe gave her father forty-one"

1945 – The United States Secretary of State approves the transfer of Wernher von Braun and his team of Nazi rocket scientists to America.

2009 – During the Iranian election protests, the death of Neda Agha-Soltan is captured on video and spreads virally on the Internet, making it "probably the most widely witnessed death in human history". 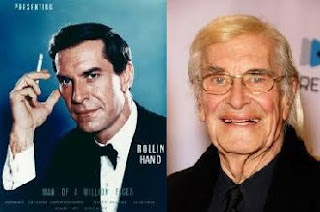 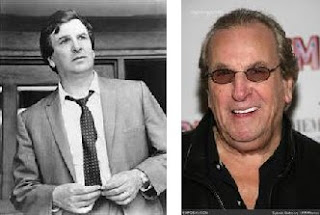 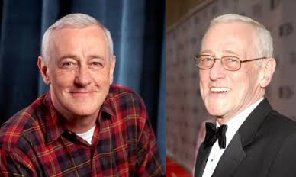 1942 – Brian Wilson, American singer-songwriter, musician, and producer (The Beach Boys) Who I named my Brian after! I was a BIG Beach Boys fan! 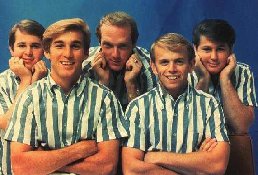 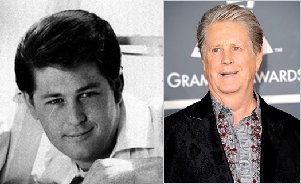 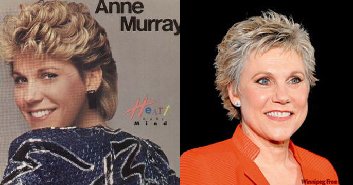 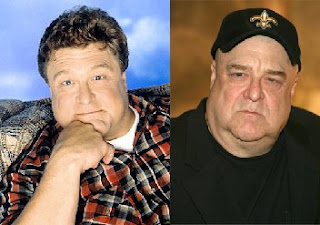 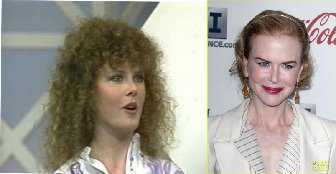 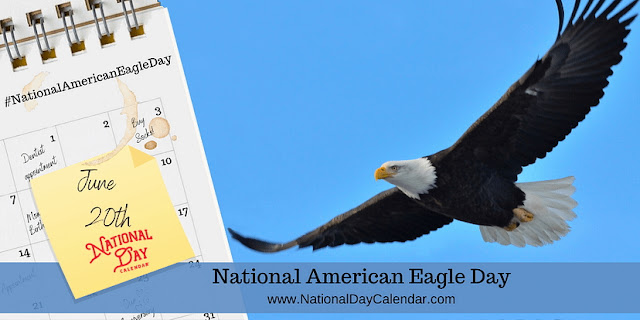 Each year on June 20th, National American Eagle Day honors our national symbol, raising awareness for protecting the Bald Eagle. The day also encourages the recovery of their natural environments while providing educational outreach.
The Bald Eagle is both the national bird and the national animal of The United States of America and appears on its Seal.
In the latter 20th century, the Bald Eagle hovered on the brink of extinction in the continental United States. Eventually, populations recovered and on July 12, 1995, the species was removed from the U.S. Federal Government’s List of Endangered Species and transferred to the List of Threatened Species. In June of 2007, as the species continued to thrive, the American Eagle was withdrawn from the List of Endangered and Threatened Wildlife in the Lower 48 States.

The Bald Eagle’s range includes most of Canada, Alaska, all of the contiguous United States, and northern Mexico. They nest near large bodies of open water where abundant food supplies and old-growth trees abound.
Opportunistic feeders, Bald Eagles survive mainly on fish, swooping down and snatching them from the water. Their nests are the largest nests of any North American bird and the largest tree nests ever recorded for any animal species. The largest recorded eagle’s nest was found in St. Petersburg, Florida. It measured 9.5 feet in diameter and 20 feet deep and weighed in at nearly 3 tons.
These majestic raptors tally up quite a list of facts. A fully grown female Bald Eagle has a wingspan of 2 meters (7 feet) and weighs 3 to 7 kilograms (7 to 15 pounds). Male eagles are slightly smaller. They also mate for life and live between 20-30 years. As a power bird of prey, an eagle’s sharp sense of sight joins powerful muscles, piercing talons, and beak, making them primed for the hunt.
Although the raptor is also known as the Bald Eagle, the name derives from an older meaning of “white-headed.” The bird isn’t bald at all. The adult eagle is mainly brown with a white head and tail.