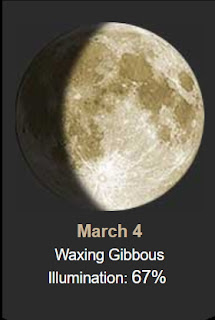 Good 31º some fog some clouds morning.


Yesterday the fog lifted early. We had a sunny blue sky day and topped at 73º.

Today is a military command... March Forth! 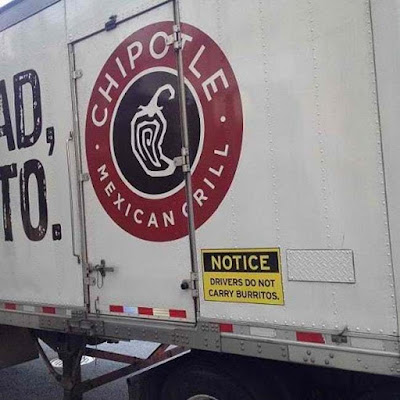 Interesting about the US Postal Service... 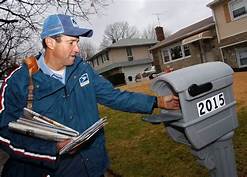 On February 20, 1792, President George Washington signed an act creating the U.S. Post Office. Here are five interesting facts you may not know about the U.S. Postal Service...

While Benjamin Franklin was the first Postmaster General in the United States, there have been several other big-names that have also served in the United States Postal Service. President Abraham Lincoln was himself a postmaster in his home state of Illinois. And according to the Postal Service's website, other famous former employees include Bing Crosby, William Faulkner, Walt Disney, Charles Lindbergh, and Adlai Stevenson. That's quite the dream team of mail delivery folks! 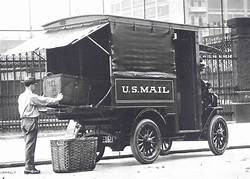 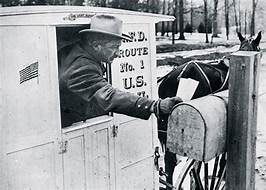 The creed of the U.S. Postal Service is “"Neither snow nor rain nor heat nor gloom of night stays these couriers from the swift completion of their appointed rounds." This is especially true for the residents of Supai, Arizona, who have their mail delivered by mule.  Supai lies at the Grand Canyon’s bottom, where members of the Havasupai tribe receive their mail. The route is an eight-mile trip taken by mules and horses.

Until the mid-19th century, recipients—not the senders—usually had to pay for postage on the letters they received. As a result, people tended to refuse so many letters in order to escape paying for them, which caused the post office to spend an inordinate amount of time returning mail to senders. Postage stamps—which were prepaid—were introduced in America in 1847 and eliminated this problem.

If you want to read a lot more about the USPS, go here...
https://en.wikipedia.org/wiki/United_States_Postal_Service

My Dad worked at the USPS Terminal Annex in Los Angeles for 30 years. 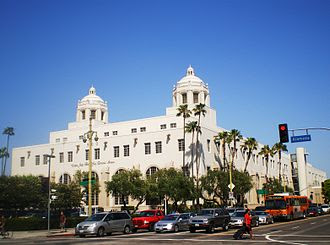 He wasn't involved with the mail, he was in charge of the heating and air conditioning in the building for the workers. He gave me a tour of the building when I was about 10. Back then the mail wasn't sorted by machine, but by workers. I was amazed the mail ever got sent as these workers were "slower than molasses in January"! They did more talking to each other than they did sorting mail. 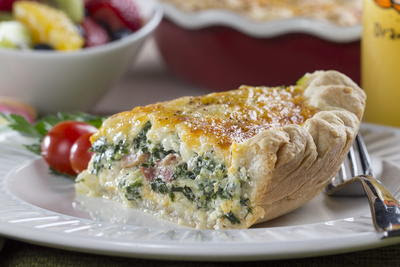 Do you love bacon? How about cheese? If you nodded enthusiastically to either of those, then you're about to experience something wonderful...a Bacon and Cheese Lover's Pie. It's a quiche-style dish that's absolutely loaded with cheese, bacon, and some chopped spinach. You'll be smiling from your first forkful to your last. 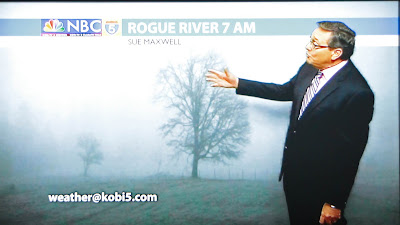 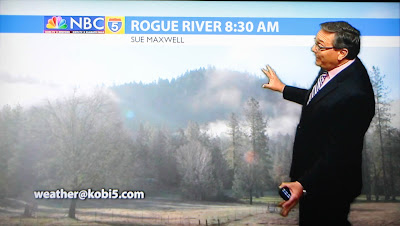 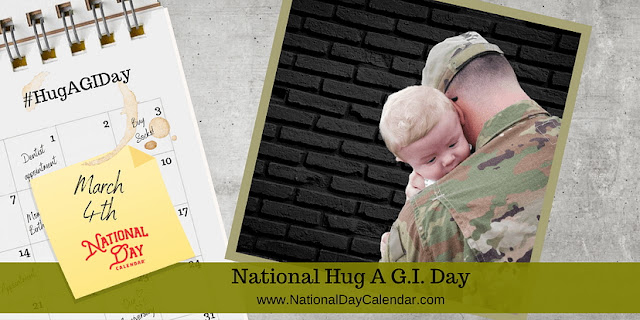 As the only day on the calendar that is mnemonically a military command, March 4th recognizes National Hug a G.I. Day.
Gather around your servicemen and women to give them a hug.  It’s simply a way to show your support. With either a pat on the back or hearty handshake, be sure to give both past and present G.I.s your appreciation. While G.I.s refer to Army personnel, the day encompasses all those who have served in the military.  So, hug those Jarheads, Wingnuts, Squids and Coasties, too!
Today the term G.I. is fairly commonly known to refer to those serving in the Armed Forces of the United States of America. How that came to be is a little less military protocol and more the American story.
It seems at the turn of the 20th century, G.I. was a notation used in supply records for galvanized iron. It was later used during World War I for German artillery shells made from galvanized iron.
Sometime during the war soldiers started interpreting the initials as “Government Issue” or “General Issue”. By the time World War II came around it was starting to gain meaning as the generic enlisted man.
Not surprisingly, sarcastic usage among many servicemen was common, feeling they were just like any other Government Issued supply being mass-produced for Uncle Sam.
About that time G.I. Joe was born. His creator, comic strip artist and former Army Sergeant David Breger, issued his first G.I. Joe cartoon series in Yank magazine on June 17, 1942.
The term G.I. became more permanently etched in the American language when in 1944 President Franklin Roosevelt signed the bill that became known as the G.I. Bill; Servicemen’s Readjustment Act.
And then there was no going back when Hasbro trademarked their G.I. Joe as an action figure in 1964.

Find a G.I. you know and give them a hug. Is your G.I. too far away to give a hug? Send him or her a virtual one via text, e-mail, phone or even snail mail.

In 1996, Adrienne Sioux Koopersmith created Hug A G.I. Day. She selected the only day on the calendar that was also a military command to salute and celebrate the men and women who risk their lives for our country and freedoms.