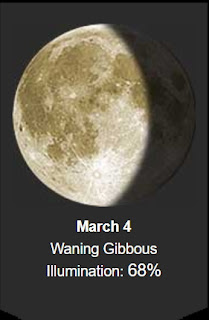 Good 29º morning.
Yesterday we stayed clear and sunny and topped at 71º.
Picture of the Day ... LOL 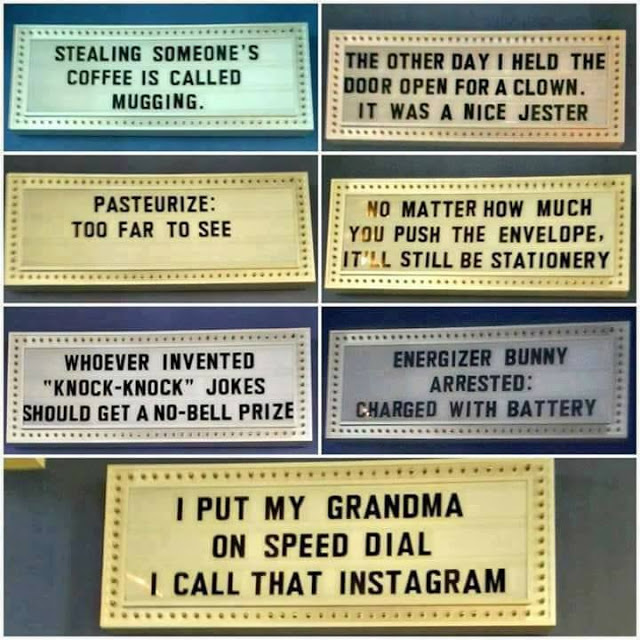 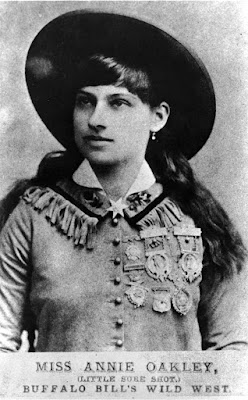 William Frederick “Buffalo Bill Cody (1846-1917) was an American soldier, bison hunter, and showman, a famous figure of the American Old West who started performing in shows that displayed cowboy themes and episodes from the frontier and Indian Wars. He founded his wild west show in 1883, taking his large company on tours in the United States and beginning in 1887, to Great Britain and continental Europe.

Oakley was born and raised in rural western Ohio and learned to hunt as a child to provide for her impoverished family. At the age of 15, she entered and won a shooting contest against an experienced marksman named Frank E. Butler, an Irish American. Eventually the two were married and began to perform together in ‘Buffalo Bill’s Wild West Show’ from 1885 until 1901.

One example of her shooting skills occurred in an act when she would shoot out a cigar from her husband’s lips. Another was her act splitting a playing-card edge-on at 30 paces.

In her later life she continued to set records into her 60s and also engaged in extensive philanthropy for women’s rights and other causes, including the support of young women she knew.

When her health declined and she died, her husband was so grieved that he stopped eating and died 18 days later. 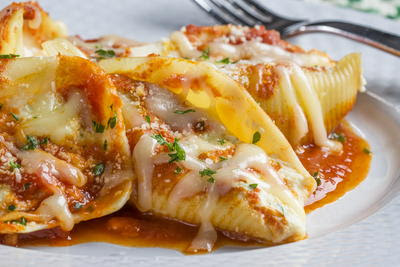 The only thing better than pasta? Cheesy, rich, fresh baked pasta loaded with flavor! Try our amazing, easy-to-make version of Italian style Stuffed Shells, and see for yourself. Our stuffed shells recipe is sure to make dinner a creamy, cheesey, delicious experience for everyone; you'll want to make this perfect baked pasta dish again and again!

When I'm in my chair watching TV.... Bruiser snuggles in my lap! (And yes, I have a blanket over me.) 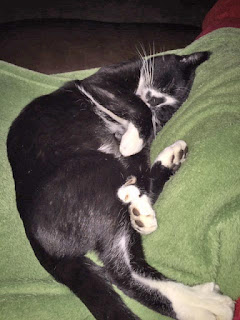 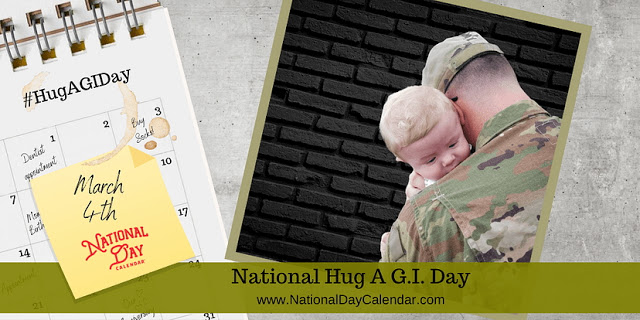 As the only day on the calendar that is mnemonically (intended to assist memory) a military command, March 4th recognizes National Hug a G.I. Day.
Gather around your servicemen and women to give them a hug.  It’s simply a way to show your support. With either a pat on the back or hearty handshake, be sure to give both past and present G.I.s your appreciation. While G.I.s refer to Army personnel, the day encompasses all those who have served in the military.  So, hug those Jarheads, Wingnuts, Squids and Coasties, too!
Today the term G.I. is fairly commonly known to refer to those serving in the Armed Forces of the United States of America. How that came to be is a little less military protocol and more the American story.
It seems at the turn of the 20th century, G.I. was a notation used in supply records for galvanized iron. It was later used during World War I for German artillery shells made from galvanized iron.
Sometime during the war soldiers started interpreting the initials as “Government Issue” or “General Issue”. By the time World War II came around it was starting to gain meaning as the generic enlisted man.
Not surprisingly, sarcastic usage among many servicemen was common, feeling they were just like any other Government Issued supply being mass-produced for Uncle Sam.
About that time G.I. Joe was born. His creator, comic strip artist and former Army Sergeant David Breger, issued his first G.I. Joe cartoon series in Yank magazine on June 17, 1942.
The term G.I. became more permanently etched in the American language when in 1944 President Franklin Roosevelt signed the bill that became known as the G.I. Bill; Servicemen’s Readjustment Act.
And then there was no going back when Hasbro trademarked their G.I. Joe as an action figure in 1964.

Find a G.I. you know and give them a hug. Is your G.I. too far away to give a hug? Send him or her a virtual one via text, e-mail, phone or even snail mail.

In 1996, Adrienne Sioux Koopersmith created Hug A G.I. Day. She selected the only day on the calendar that was also a military command to salute and celebrate the men and women who risk their lives for our country and freedoms.
Posted by Oregon Sue at 7:03 AM No comments: