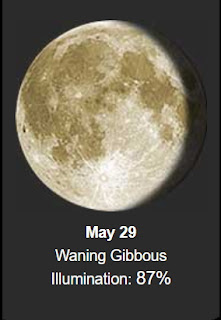 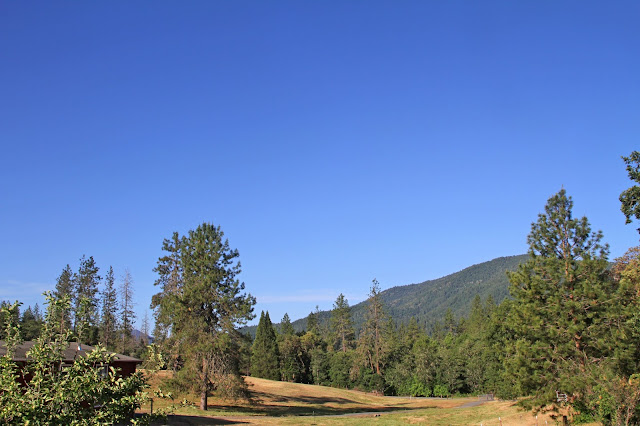 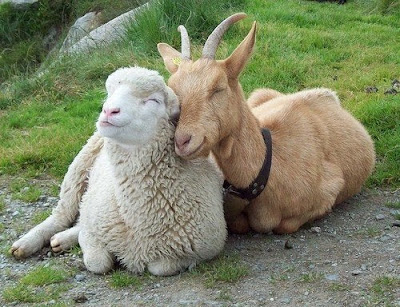 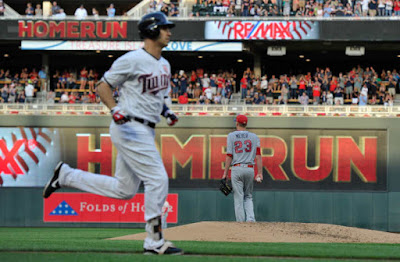 The Minnesota Twins are an American professional baseball team based in Minneapolis. The Twins compete in Major League Baseball (MLB) as a member club of the American League (AL) Central Division. The team is named after the Twin Cities area which includes the two adjoining cities of Minneapolis and St. Paul.

The franchise was founded in Washington, D.C. in 1901 as the Washington Senators. The team relocated to Minnesota and was renamed the "Minnesota Twins" at the start of the 1961 season. 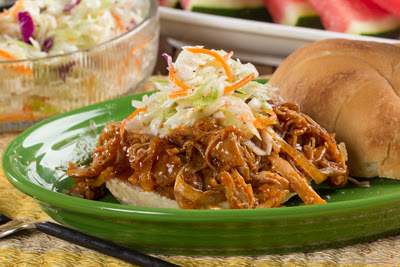 What do you get when you pair BBQ-smothered, juicy chicken thighs with homemade coleslaw, and place it between the buns of a crusty roll? Just the most incredible Carolina Shredded Chicken Sandwich you've ever tasted! This sandwich is summer spectacular!

Historically this date.....
1886 – The Pharmacist John Pemberton places his first advertisement for Coca-Cola, the ad appearing in The Atlanta Journal.
1942 – Bing Crosby, the Ken Darby Singers and the John Scott Trotter Orchestra record Irving Berlin's "White Christmas", the best-selling Christmas single in history.
1953 – Edmund Hillary and Sherpa Tenzing Norgay become the first people to reach the summit of Mount Everest, on Tenzing Norgay's (adopted) 39th birthday.
1988 – The U.S. President Ronald Reagan begins his first visit to the Soviet Union when he arrives in Moscow for a superpower summit with the Soviet leader Mikhail Gorbachev.
2001 – The U.S. Supreme Court rules that the disabled golfer Casey Martin can use a cart to ride in tournaments.
2004 – The National World War II Memorial is dedicated in Washington, D.C.
And births this date include...
1903 – Bob Hope, English-American comedian and actor (d. 2003)
Click on his name.... interesting read.

My mother (her parents both immigrated from Scotland) was born at her aunt's house in Cleveland Ohio in 1905.The Hopes immigrated from London and moved next door to my mom's aunt in 1908. Her aunt's kids all played with the Hope kids. And another thing, Bob Hope's name was Leslie and my mom married a Leslie (Laney)!
1917 – John F. Kennedy, American politician, 35th President of the United States (d. 1963) 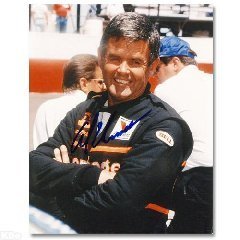 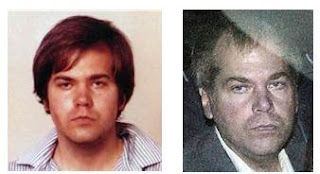 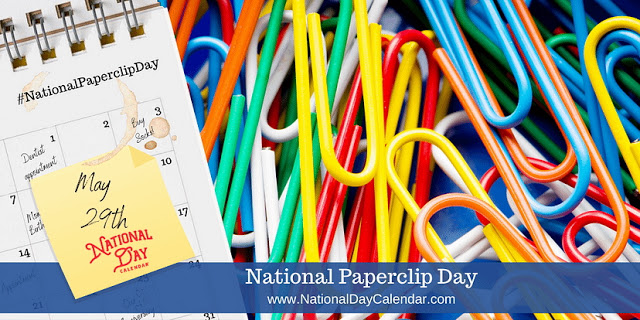 National Paperclip Day on May 29th each year celebrates a small but unusually useful invention. Yes, even the paperclip has its own day of honor. The day celebrates the well-known piece of curved wire that keeps our papers together and helps us stay organized.
While many may have claimed earlier invention of the paperclip, according to the Early Office Museum, Samuel B. Fay received the first patent for a “bent wire paper clip” in the United States in 1867. The original intention of Fay’s clip was to attach tickets to fabric. However, U.S. patent 64,088 recognized that it could also be used to attach papers together.
As many as 50 others received patents for similar designs prior to 1899. One other notable name receiving a patent for his paperclip design in the United States was Erlman J. Wright in 1877. At that time, he advertised his clip for use in fastening newspapers.
The Gem paperclip, which was most likely in production in Britain in the early 1870s by The Gem Manufacturing Company, was never patented. It is the most common type of wire paper clip and is still in use today.  It was introduced to the United States around 1892 and in 1904, Cushman & Denison registered a trademark for the “Gem” name in connection with paper clips. Paperclips are still sometimes called Gem clips.
Today, paperclips come in various sizes, shapes, and colors and can make your paperwork look more fun and lively.
Paperclips are not just for holding papers together. There are many other things that you can do with them!

During World War II this small, universal office supply provided a visual method of protest at a time when any outward signs of objection could be dangerous, even in familiar company.
Early in the war, Norwegians were particularly persistent in their development of symbols. The paper clip represented “sticking together” for a time until the Nazis caught on and banned the wearing of paper clips.
According to a March 5, 1941, Provo, Utah newspaper article (The Daily Herald), the Norwegians switched to new symbols as quickly as the bans could be issued.
In 1998, a group of middle school students led by language arts teacher Sandra Roberts and associate principal David Smith began a project through a Holocaust education class. The voluntary after-school class, Whitwell Middle School principal Linda Hooper’s idea, would be the foundation for developing tolerance and diversity.

Inspired by the story of the protesting Norwegians and their paper clips, the students began to collect six million paper clips – one paper clip representing one Jew who perished during the Holocaust. Adults today still wrestle with how the Holocaust could even happen. Imagine middle-school students trying to understand the magnitude of such an event on humanity.
The Paper Clip Project gained international attention and by 2001 the students collected more than 30 million paper clips. The school dedicated a Children’s Holocaust Memorial which displays an authentic German rail car filled with a portion of the paper clips.
Posted by Oregon Sue at 7:00 AM No comments: