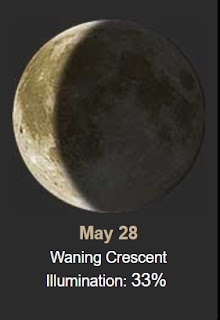 Good 49º dark cloudy morning.
Yesterday was clear and sunny and PERFECT! Weather prediction was for "chance of showers".
By noon the wind came up and clouds moved in.... 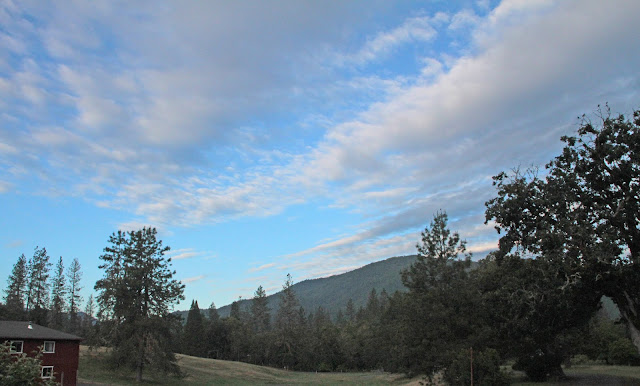 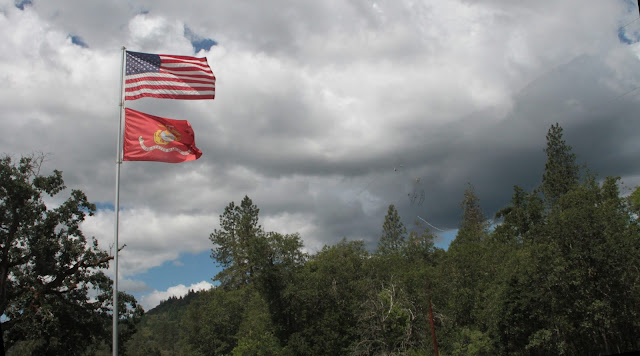 By then we were at 72º. Then about 1:30 it started raining! Dang. Carnival still at Grants Pass and the jet boat races. Umbrella time! Fortunately it only rained a very short while. Don't think it even rained in Grants Pass.
I was disappointed because when there is an F-15 flyover in Grants Pass, normally the planes fly over here from Medford, but they didn't this time. These are the mountains they usually fly above... 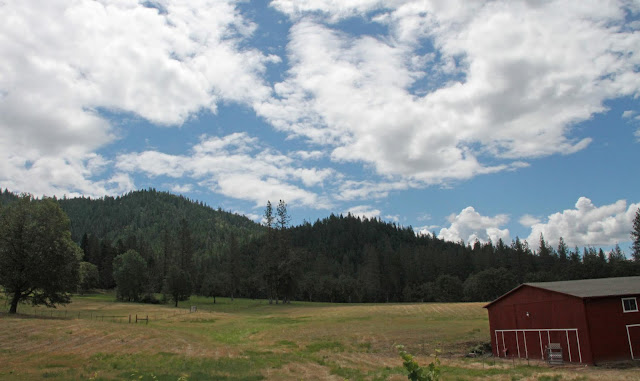 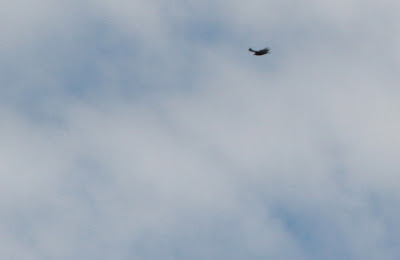 Then on the news later they showed the flyover at Boatnik.... 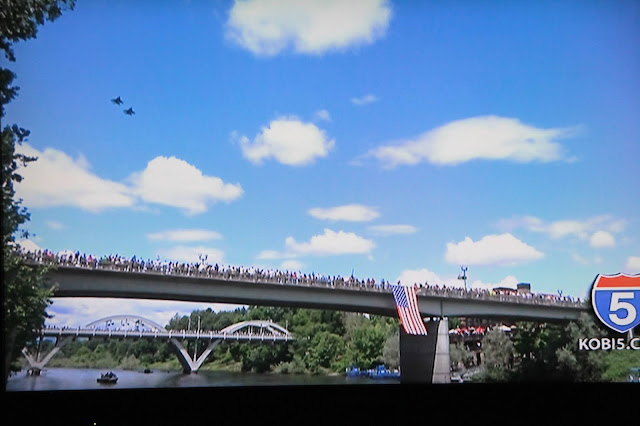 I asked our local TV news station, KDRV Ch 12, if their weather cams were accessible to us. Eric Stoll wrote me back and said they were. Go to this site, if you are interested in local cams, scroll down to the 7 cams...    https://www.kdrv.com/weather/maps-cams/
Here is the view from the Grants Pass cam... 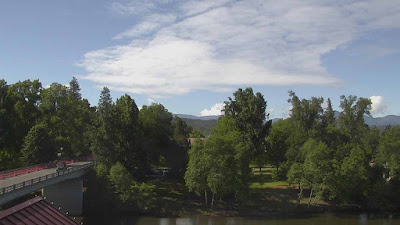 And the view from the Medford cam.... 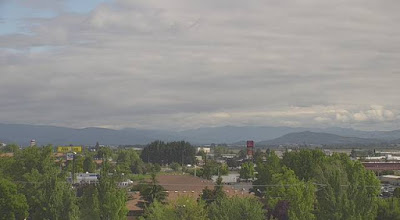 In Grants Pass the Daily Courier also has 5 cams...downtown, river cam, the bridge cam, and two at the Rogue Valley Humane Center in Grants Pass... 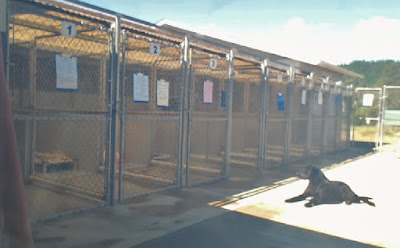 Picture of the Day... The Griffith Observatory in Los Angeles 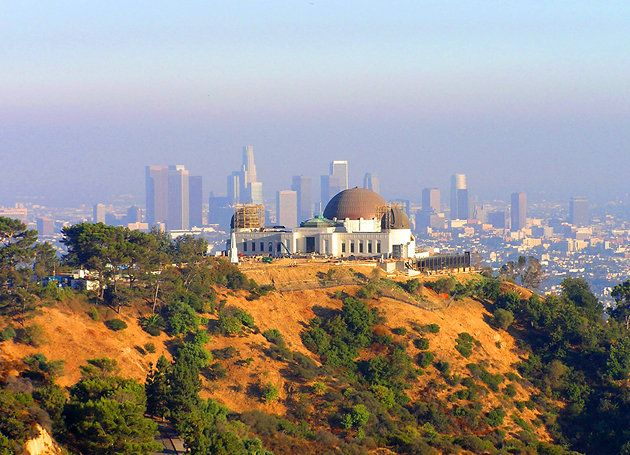 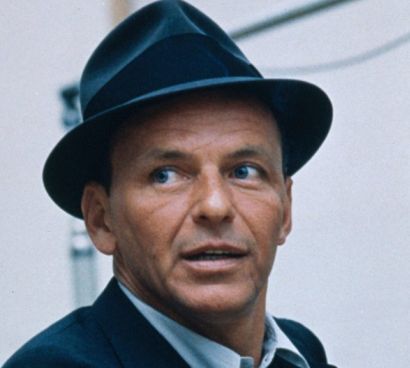 On May 14,1998, the legendary singer, actor and show-business icon Frank Sinatra died of a heart attack in Los Angeles, at the age of 82. The “My Way” singer was buried his way, with a bottle of Jack Daniel’s whiskey, a pack of Camel cigarettes, a Zippo lighter, and a dollar’s worth of dimes. The dimes were reportedly in case he needed to use a pay phone. His daughter Tina Sinatra said carrying the dimes dated back to the 1963 kidnapping of her brother, when her father was forced to communicate with the kidnappers via various payphones throughout the city. “He never wanted to get caught not able to make a phone call. He always carried 10 dimes.”
Jack Daniel’s is the 4th best selling spirit in the world (by value), making it the best-selling American spirit, followed by Bacardi (5th) and then Jim Beam (14th).
No one actually knows why the No. 7 is on the bottle of Jack Daniel’s, but three rumors are that Daniel had seven girlfriends, that the number seven train was the one that carried his barrels, and that he lost one of his prized barrels of whiskey for seven years. Unfortunately the only one who knows the truth is Jack himself.
Over a quarter million people per year make the pilgrimage to the Jack Daniel’s distillery.
A Lutheran minister named Dan Call taught Jack how to distill when he was just 6 years old. When Jack was 13, Dan Call’s wife forced him to choose between the ministry – which viewed alcohol as a sin – and his whiskey. Call sold the distillery to Jack.
Jack Daniel’s is a Tennessee Whiskey as opposed to a Bourbon because the whiskey goes through a charcoal mellowing process while it is still moonshine or “white lightning.” For ten to twelve days the shine drips through homemade sugar maple charcoal. Then it heads to the barrel to age, just like Bourbon.
Jack Daniel’s (possibly) died in a very unfortunate way…unable to remember the combination to a safe in his office, he kicked it in frustration, breaking his toe and forming an infection that would kill him six years later. Ironically, if he had just doused his toe in his own whiskey shortly after breaking it, the infection never would have occurred. 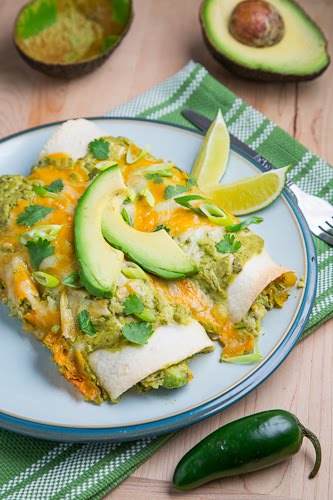 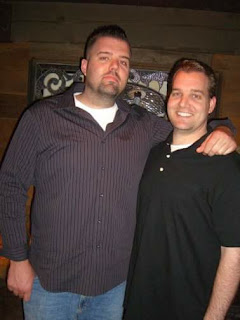 Historically this date..........
1930 – The Chrysler Building in New York City officially opens.
http://en.wikipedia.org/wiki/Chrysler_Building
1937 – The Golden Gate Bridge in San Francisco, California, is officially opened by President Franklin D. Roosevelt in Washington, D.C., who pushes a button signaling the start of vehicle traffic over the span. 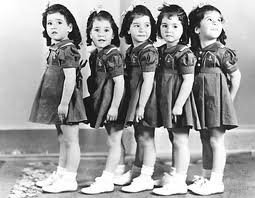 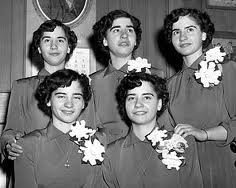 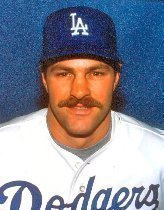 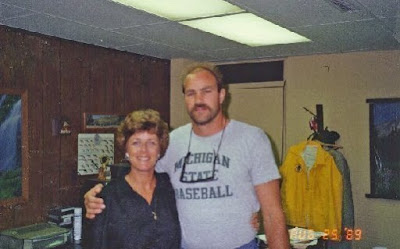 ^1988 when he came to the BC Range to qualify for his CCW.
All I know. Nuff said. Happy Back to School/Work Tuesday. Ciao.]
xo Sue Mom Bobo 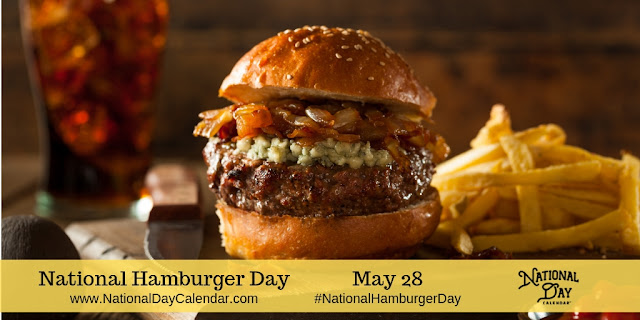 National Hamburger Day is observed each year on May 28.  This day celebrates a summer-time grilling favorite and National Hamburger Day is part of National Hamburger Month.
Hamburger.  Seasoned ground beef, grilled and placed between two slices of bread or a bun. Top with sauteed onions, peppers, pickles, sliced onions, or cheese. Add condiments such as ketchup, mustard or mayo. Any one of these combinations would create a modern American version a hamburger.
It is most likely that the hamburger sandwich first appeared in the 19th or early 20th centuries, but there is much controversy over its origin. Over the years, the hamburger has become a culinary icon in the United States.
The world’s largest hamburger was prepared on September 2, 2012, in Carlton, Minnesota by Black Bear Casino Resort and weighed in at 2,014 pounds.