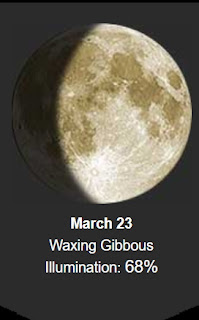 Good 32º SUPER foggy morning.
Yesterday we topped at 58º.
Picture of the Day 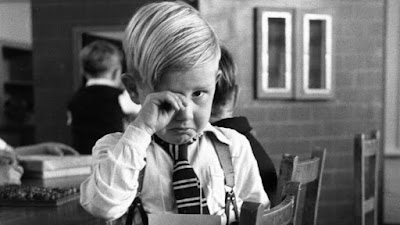 During the 1950s, some states started programs to tattoo children’s blood types onto the left side of their torsos.

The program was called Operation Tat-type and was implemented in some states with the goal of making it easier to give transfusions after an atomic attack. The tattoos could act as a fast way of finding an immediate source of blood for transfusing into the critically injured. To today’s eyes, it seems impossibly awful to put a child in that position, but, in the first few years of the 1950s, as the US was entering the Korean War and the Cold War was at its height, some officials viewed it with a much fonder eye. Children and adults alike lined up to do their part and get themselves typed and tattooed.

The idea was brought to the US by an AMA physician, Andrew Ivy. While he was testifying at the Nuremberg trials after World War II, he observed that some Nazi SS members had their blood type tattooed on their bodies.

When Ivy got back to Chicago, he brought the idea with him as a way of dealing with the rapidly dwindling blood supply that was a side effect of the Korean War.

That way, if the Soviet Union decided to start attacking targets in the US, there would be a ready blood supply to help treat those who were suffering from the radiation sickness that follows a nuclear attack. 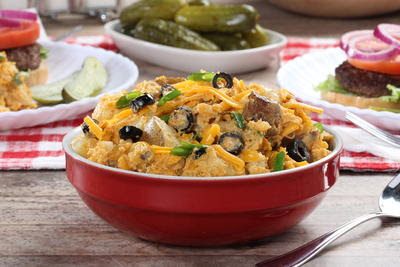 Our Taco Potato Salad is a new take on an old-summer classic. It's got a Tex-Mex twist, with all your favorite taco tastes, like black olives and tortilla chips! The editors at the Test Kitchen loved this, and we bet your family will too! So the next time you're grillin' up burgers or hot dogs, change it up with our scrumptious potato salad recipe!

Historically this date.....
1857 – Elisha Otis's first elevator is installed at 488 Broadway New York City.
1965 – NASA launches Gemini 3, the United States' first two-man space flight (crew: Gus Grissom and John Young).
2005 – Texas City Refinery explosion: During a test on a distillation tower liquid waste builds up and flows out of a blowout tower. Waste fumes ignite and explode killing 15 workers.
And births this date include....
1904 – Joan Crawford, American actress (d. 1977)
Pretty and soft looking when she was young... then the tough look and those eyebrows! 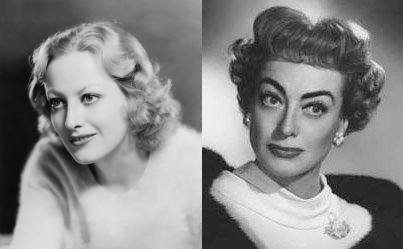 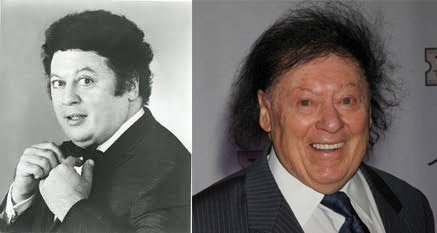 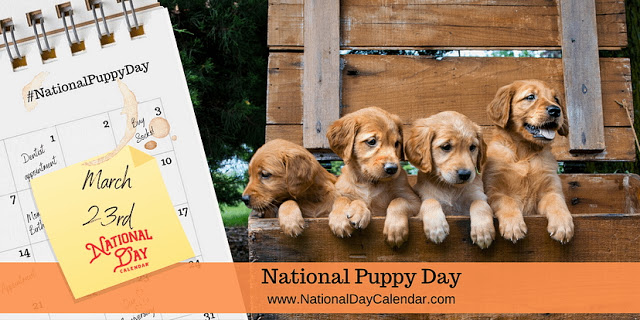 Observed each year on March 23rd, National Puppy Day celebrates the unconditional love and affection puppies bring to our lives.  Their cuddles and wiggles make us smile and without a doubt, there are squeals of delight when there are puppies around!
The day also brings awareness to the need for care of and homes for orphaned pups as well as to educate people about the horrors of puppy mills across the country. Puppies are a big responsibility. Be sure to consider everything involved and adopt from a shelter. The puppies there need love and a home just as much as any other and they grow into loyal pets, too!
According to the ASPCA, approximately 3.3 million dogs enter shelters every year. Some of these dogs come with litters of puppies. If you’re seeking a puppy to start your furry family, check the shelters first. When these abandoned and abused animals find their way to a shelter, each one needs a forever home and their potential is limitless.
NATIONAL PUPPY DAY HISTORY
National Puppy Day was founded in 2006 by Pet Lifestyle Expert, Animal Behaviorist and Author, Colleen Paige.  Paige is also the founder of National Dog Day and National Cat Day.
Posted by Oregon Sue at 7:15 AM 1 comment: