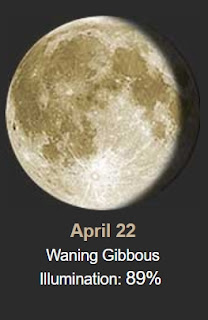 Good 36º clear sunny some ice on the barn roof morning.
Yesterday the clouds hung around til noon-ish.
Then we got sunshine! At 7pm it was a comfy 71º. 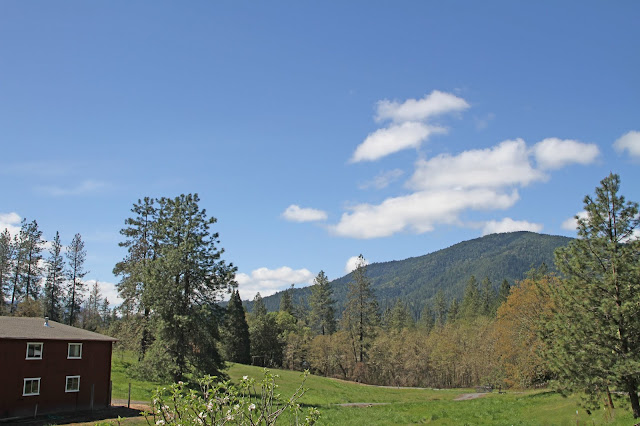 Irregardless of our on and off cold/warm temperatures, my apple tree is blooming and my tulips are beautiful! 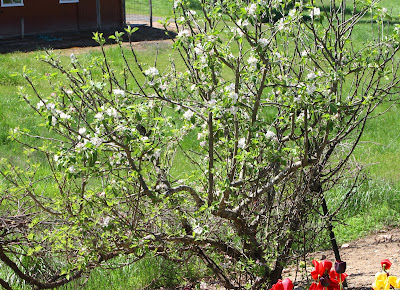 For our Easter Breakfast Brian, Jen, Tucker, and Sami gave both Grandma Jean and I a bouquet of roses..... 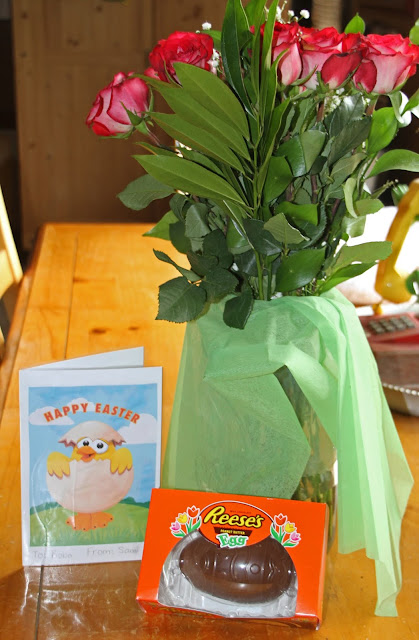 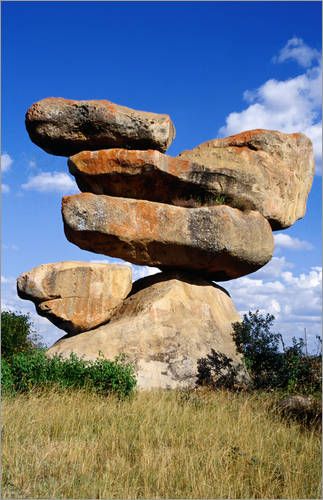 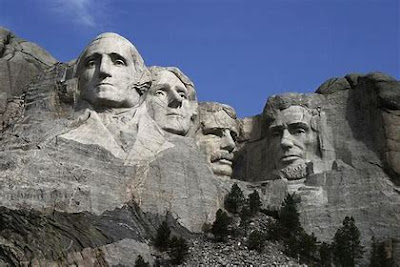 The Mount Rushmore National Memorial, is a sculpture carved into the granite of Mount Rushmore in South Dakota. Sculptor Gutzon Borglum created the design and oversaw the work from 1927-1941. Gutzon also had help from his son Lincoln Borglum. Lincoln took over as boss of the construction when his dad died in March of 1941. Unfortunately funding also ran out in 1941 so construction stopped in October of 1941. The original design was for the figures to be from the waist up not just heads.
South Dakota Historian, Doane Robinson is credited with conceiving the idea of carving figures somewhere in the Black Hills to promote tourism. It was sculptor Gutzon himself that decided to use Presidents instead of American West heroes. The order of Presidents is from left to right, George Washington, Thomas Jefferson, Theodore Roosevelt, and Abraham Lincoln. 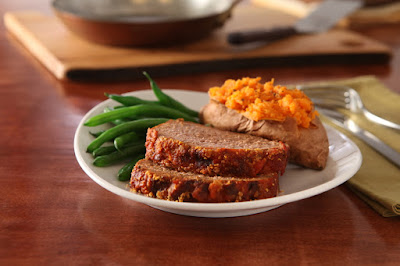 1945 – World War II: Führerbunker: After learning that Soviet forces have taken Eberswalde without a fight, Adolf Hitler admits defeat in his underground bunker and states that suicide is his only recourse.
.......too bad he wasn't caught and put in an oven to die! JUSTICE.
2000 – In a pre-dawn raid, federal agents seize six-year-old Elián González from his relatives' home in Miami, Florida.
Commentators have suggested that the Elián González affair may have been a factor in voters' decisions in the 2000 United States presidential election, which could have affected the close outcome in Florida. Al Gore's handling of the matter may have been as great a factor as anger by the predominantly Republican Cuban community over the boy's return to Cuba. Gore initially supported Republican legislation to give the boy and his father permanent residence status, but later supported the Administration position. He was attacked by both for pandering and being inconsistent.
2008 – The United States Air Force retires the remaining F-117 Nighthawk aircraft in service.
And births this date include....
1906 – Eddie Albert, American actor (d. 2005) 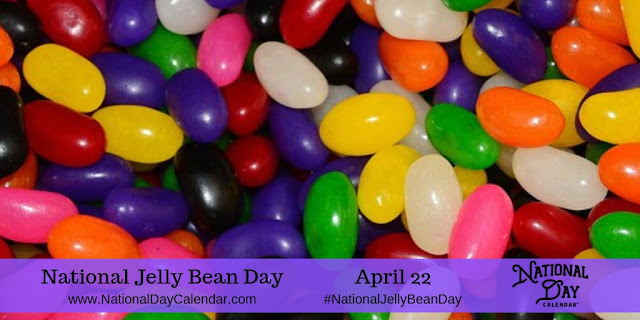 National Jelly Bean Day is observed each year on April 22.
While candies made in a similar manner existed before the jelly bean, Boston confectioner William Schrafft made them popular during the Civil War.  With their firm exterior, jelly beans were the first candies to be sold by the pound. Schrafft encouraged his customers to send them to Union soldiers.
During the 1930s, jelly beans became closely associated with the Easter holiday but are now enjoyed year round.  Jelly Beans were Ronald Reagan’s favorite treat.

** In my kitchen I kept a jar with Jelly Bellies in it. When I babysat our little granddaughter Alex she would always ask for some. She loved them. That is what I nicknamed her, Jelly Bean,  hence the email JellyBeansBobo!  "Bobo" because she couldn't say "grandma", she called me Bobo.