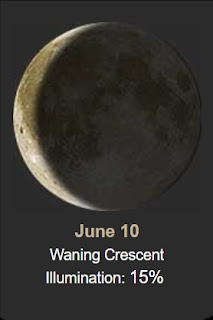 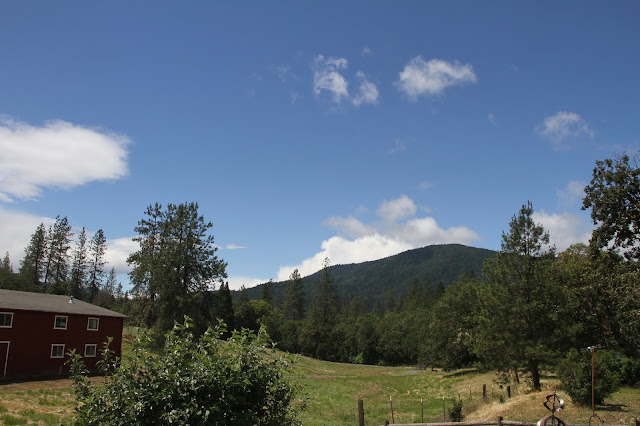 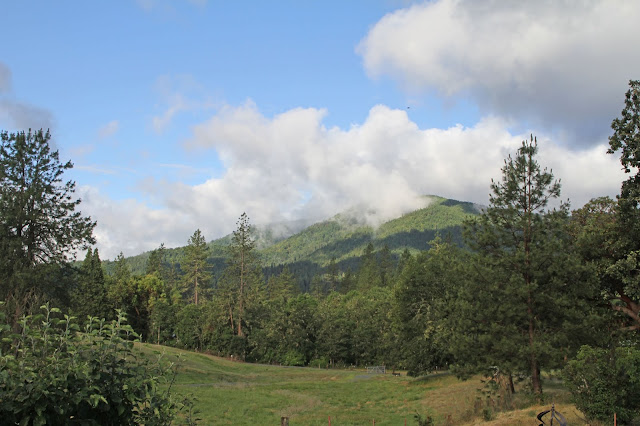 and by 11am it was raining on my mountain! 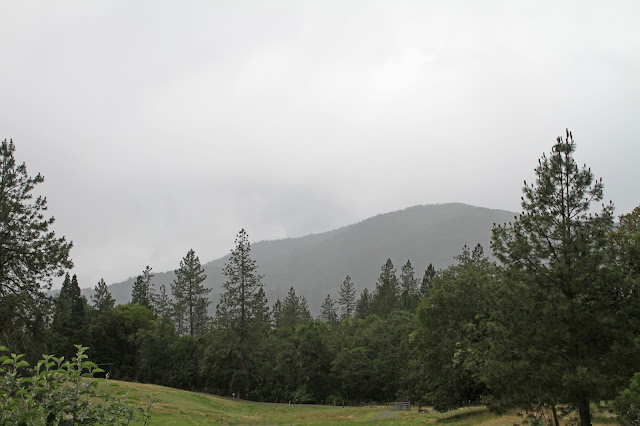 The turkeys were up crusin' my pasture... 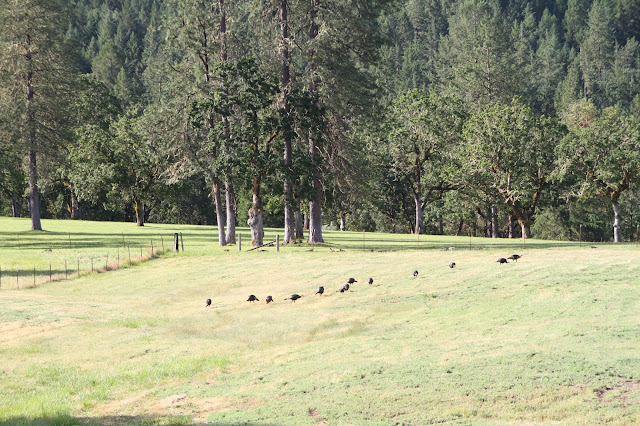 Next the turkeys were roosting on the cut up tree for awhile... 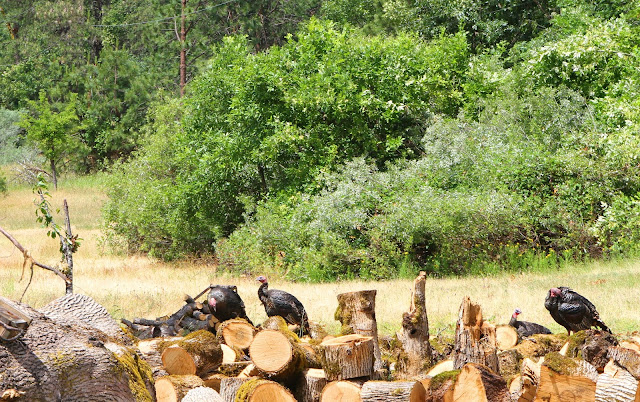 Then we got some rain down here along with ferocious winds!!! The rain would POUR for 3-5 minutes then stop. Then in an hour it would do that POURING again. That went on all day!

Brian called yesterday and told me he was using his birthday gift I gave him.... he and Tucker and Sami were taking a class in scuba diving. It lasted from 9am - 2pm. Today they will suit up and the class will be in the pool. Can't wait for pictures!!! Then Brian sent me this short 30 second video of Dash watching out the front door as Brian, Tucker, and Sami left home..... sad sad pup! "I want to go too!" 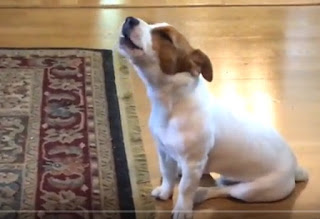 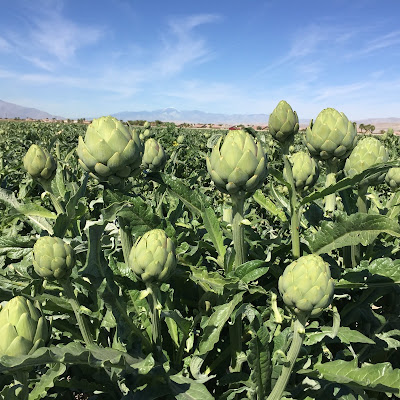 Artichokes are one of the oldest cultivated vegetables. Historians generally agree that artichokes started somewhere in the Mediterranean some say it was Sicily and some have said that they originated on in Northern Africa. The Artichoke is actually an improved version of the Cardoon which is smaller and more prickly. The Cardoon buds were eaten but their stems were often more desirable. . They began cultivating them as early as the 5th century BC. They traveled up through Italy. The Dutch introduced them to England. The French brought them to Louisiana and Italian immigrants brought them to California. (courtesy of Ocean Mist Farms)
Artichokes were known to have been used as early as 500 BC as an expensive specialty and from Sicily, have found their way to Naples and Florence.  By the time 18th century rolled around, the artichoke has been adopted by France as a culinary privilege that only members of the aristocracy can afford.
During that time, artichokes were also believed to have aphrodisiac qualities – no woman was ever allowed to eat artichokes except probably for Catherine de Medici, the wife of King Henry II, who was said to have eaten artichokes openly in large quantities.
Artichokes are grown in southern Europe, North Africa, in certain countries of South America, and in the United States with almost all the crop coming from Monterey county California.
The Artichoke takes about 6 months for the buds to be ready to eat. They can be harvested as many as 30 times in a season. The peak season for artichokes is Spring but they can be harvested through the summer months and another peak season in early autumn.

If you are from California, you know how to cook and eat artichokes. Not so much people from other places are savy about chokes! My way of cooking them is to cut off the stem even with the bottom of the choke. Set it under the faucet and flood it with water. Then set it into a pot and fill with water half way up the choke. 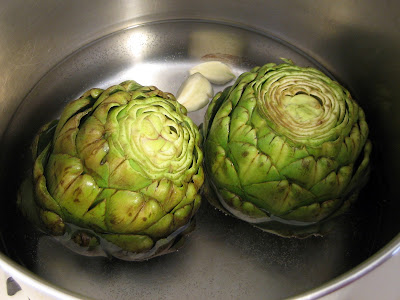 I spread the leaves, drizzle in olive oil and sprinkle with garlic salt. Bring to boil and boil 45 minutes. Serve with melted butter for dipping or mayonnaise or whatever is your favorite dipping sauce. 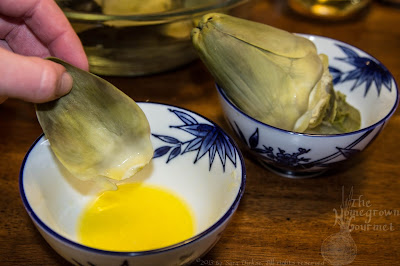 When you get to the prickly fuzzy center, scrape it out. 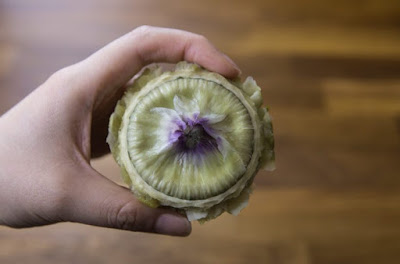 Then cut up the heart and dip it in the sauce and enjoy!

Picture of the Day
A nest on a decoy! 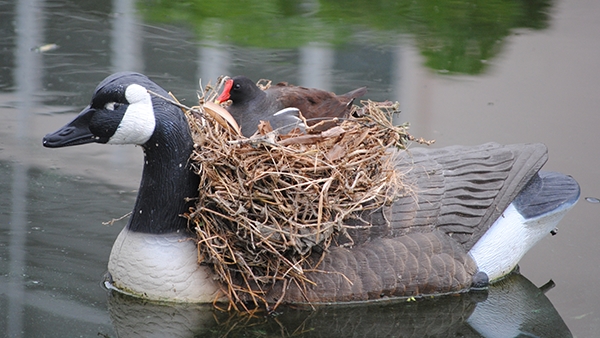 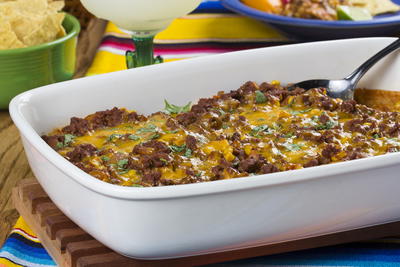 More on places to retire....
You can retire to the Midwest where...
1. You've never met any celebrities, but the mayor knows your name.
2. Your idea of a traffic jam is ten cars waiting to pass a tractor.
3. You have had to switch from "heat" to "A/C" on the same day.
4. You end sentences with a preposition: "Where's my coat at?"
5. When asked how your trip was to any exotic place, you say, "It was different!"

or
You can retire to Colorado where...
1. You carry your $3,000 mountain bike atop your $500 car.
2. You tell your husband to pick up Granola on his way home and so he stops at the day care center.
3. A pass does not involve a football or dating.
4. The top of your head is bald, but you still have a pony tail. 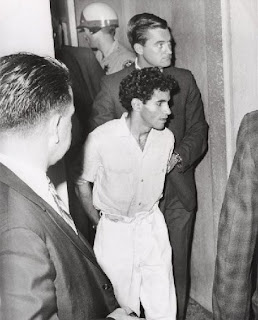 1925 – Inaugural service for the United Church of Canada, a union of Presbyterian, Methodist, and Congregationalist churches, held in the Toronto Arena.
.... I used to attend a Presbyterian church, Mom and Dad were married in a Methodist church, and Jerry and I at a Congregational church! 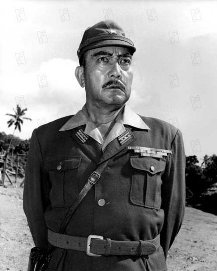 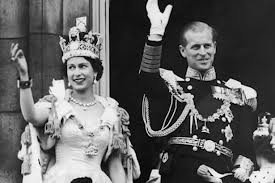 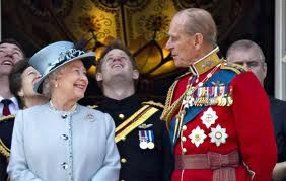 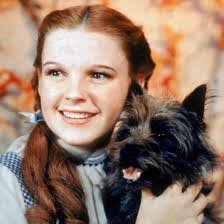 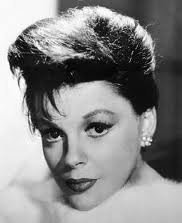 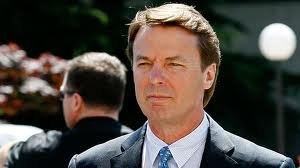 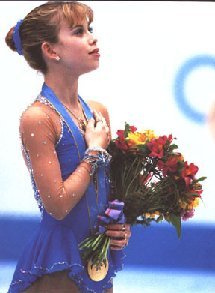 I watched Justify win the Belmont Stakes which won him the Triple Crown. Very exciting race as he held onto 1st place from start to finish. Very exciting for jockey Mike Smith! 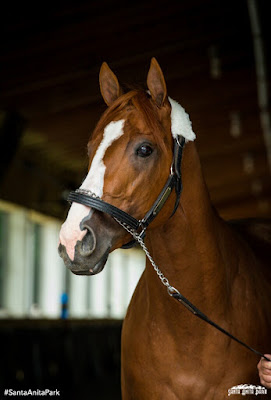 Second place was won by Gronkowski who came from 10th place. He is named after Rob Gronkowski, the Patriots tight end. 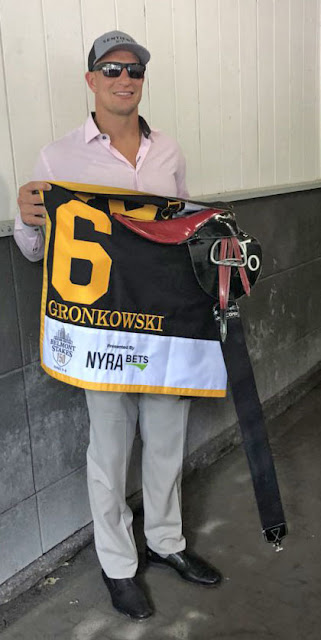 Then it was dinner, chair, wine, and a 1990 concert starring The Highwaymen... Willie Nelson, Waylon Jennings, Johnny Cash, and Kris Kristofferson. It was awesome!!! 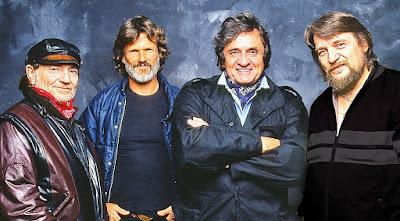 
About 7pm I looked out and there was a rainbow!!! 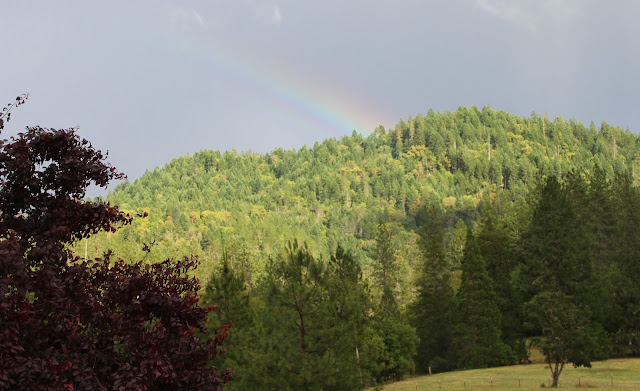 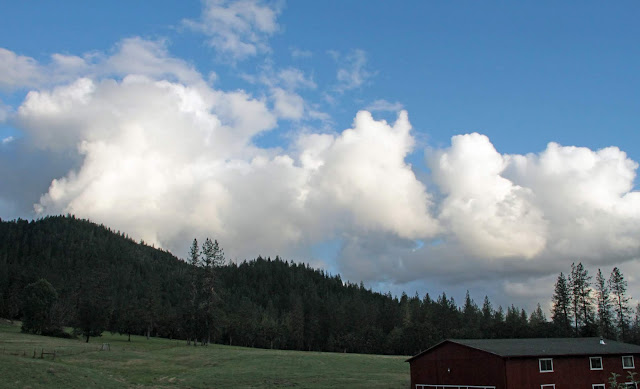 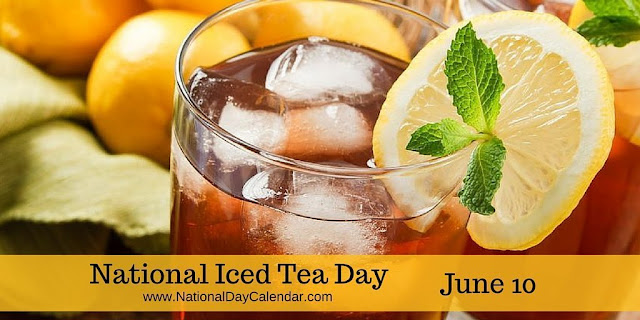 National Iced Tea Day is observed annually on June 10th.  This day is set aside to celebrate one of summer’s favorite drinks.  Whether it is sweetened or unsweetened, with or without lemon, it is loved by many and enjoyed by the glass full all summer long.
Iced tea can be found in many flavors including lemon, peach, raspberry, lime, passions fruit, strawberry and cherry.

An alternative to carbonated soft drinks and quite popular in the United States, iced tea makes up about 85% of all tea consumed.  It can be readily found in restaurants, convenience stores, vending machines, grocery stores and self-serve soda fountains.

Recipes for iced tea have been found dating back to the 1870s.  The Buckeye Cookbook, published in 1876 and Housekeeping in Old Virginia, published in 1877 both contain iced tea recipes.  It is believed, however, that iced tea started to appear in the United States in the 1860′s and became widespread in the 1870s where it was found offered on hotel menus and was on sale at railroad stations.  The popularity of refreshing iced tea drink grew rapidly after it was introduced at the 1904 World’s Fair in St. Louis.
Green tea has been suggested to be used for a variety of positive health benefits.
HOW TO OBSERVE
Brew and enjoy a glass of iced tea with friends.  Enjoy a drink during lunch at your favorite restaurant.
Posted by Oregon Sue at 7:27 AM No comments: