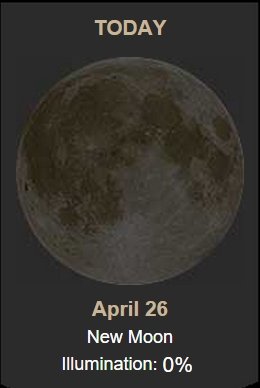 Good 51º raining morning.
Yesterday there was this continued gloom.. with  more drizzle,  and a bunch of ravens flying around... 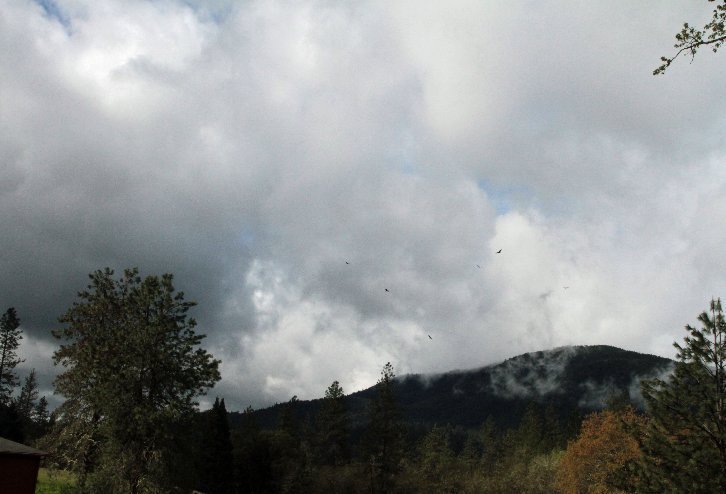 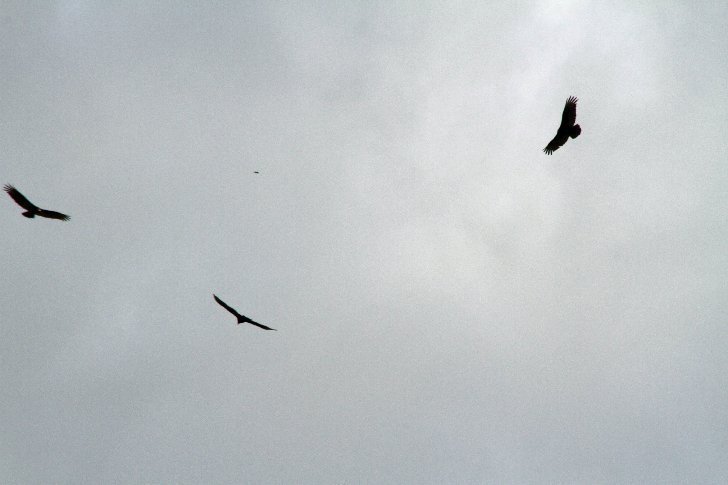 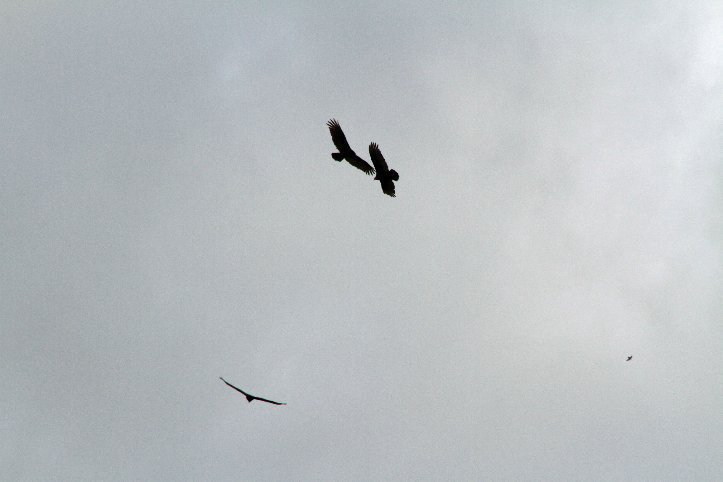 The sprinkles continued on and off all day then later in the evening and through the night it got really windy and more solid rain. So far 1/2".

Then yesterday, oh happy day, my kitchen sink got stopped up. A continuing problem with the piss poor plumbing in this old house. I called my regular guy but I was told they are backed up with so much work that they wouldn't be able to get out here until next week. NEXT WEEK?????? Sigh....... so I called Brian's friend Doug in Grants Pass. He sent out his guy, Aaron, right away! Thank goodness.
If you need a good plumber and you live in this area... Doug Gillette 541-218-2464
https://porch.com/grants-pass-or/plumbers/doug-gillette-plumbing/pp

OK, so the dinner I made Monday was an experiment. I had cleaned out the fridge and had this Artichoke Jalapeño Parmesan Dip that I love. Though it might make a good addition to some Roasted Garlic Parmesan Sauce...
Into the large pan went the Prego sauce and about 1½ cups of the dip. Let it heat and blend. Then added in the drained mushrooms, artichoke hearts, and chopped tomatoes...
Cooked the ravioli for 4 minutes in boiling salted water, drained them, added into the pot.... 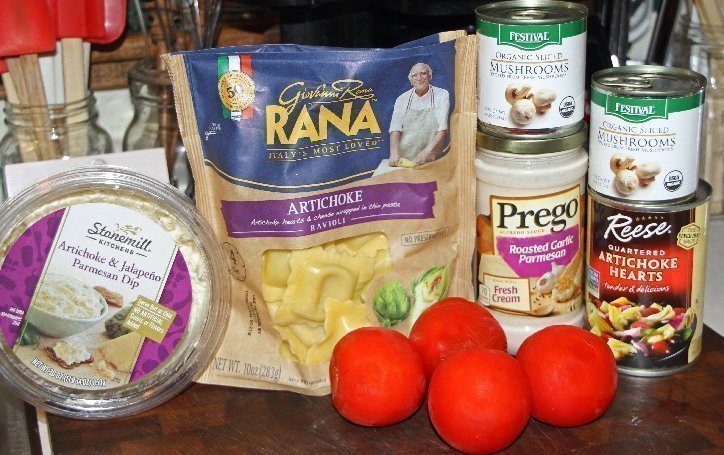 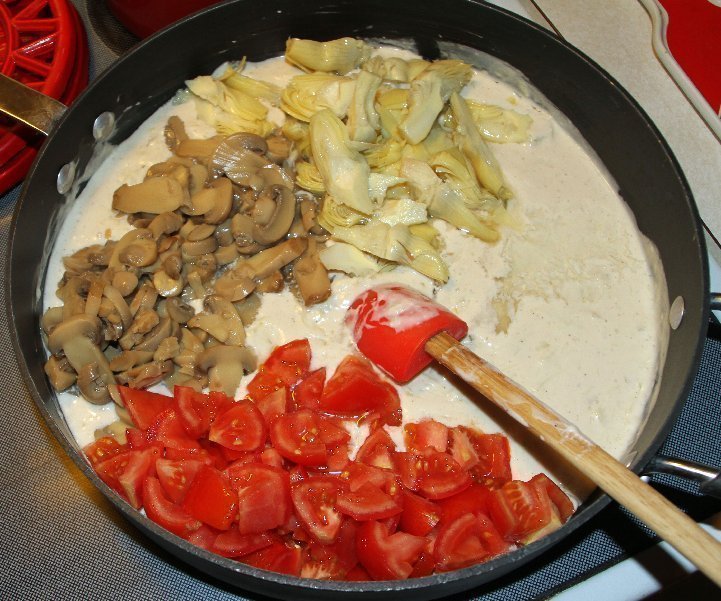 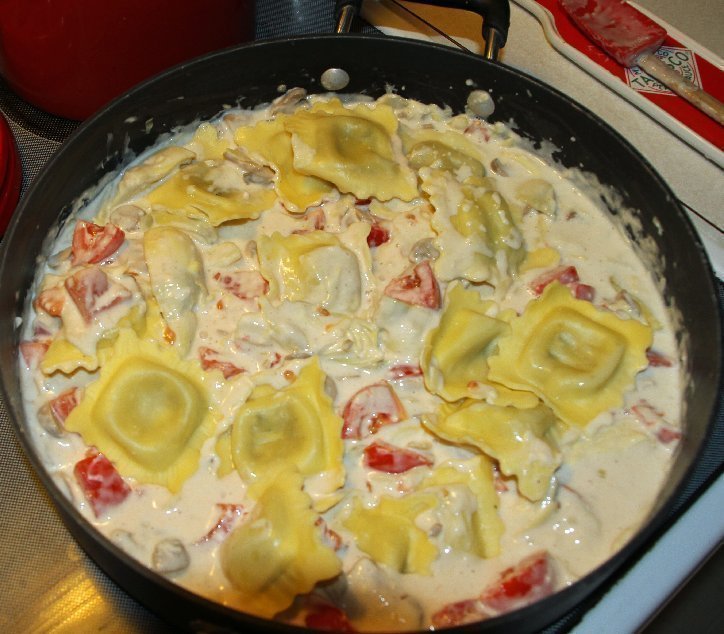 OMGOSH! That sauce was THE BEST!!! What wonderful flavor and consistency! 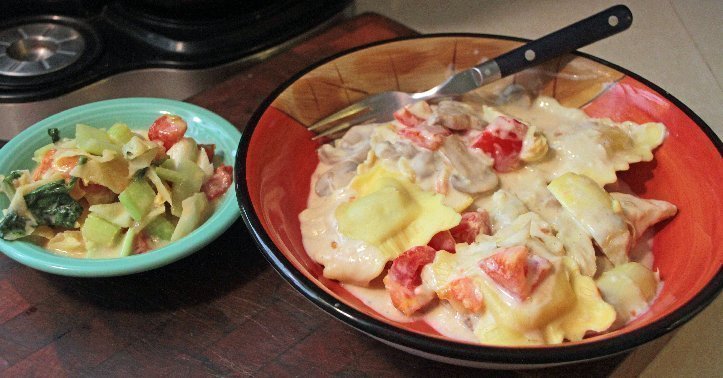 Next time I am at Costco I will buy another tub of that dip!

While I was cooking, Bruiser was comfy just keeping an eye on me. You have seen cats relaxing.... 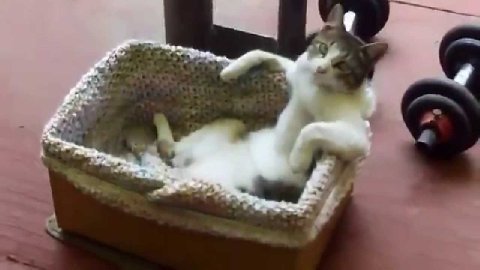 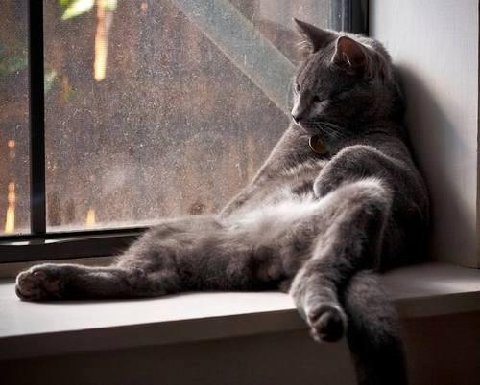 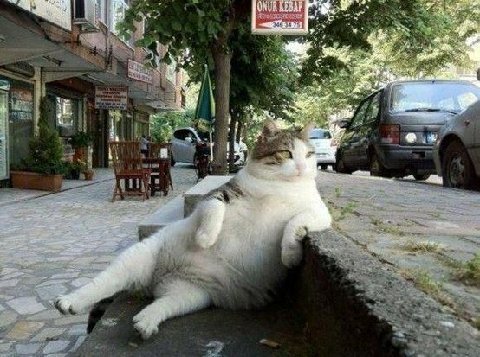 Well, Bruiser likes that same position on the step that is between the kitchen and dining room..... 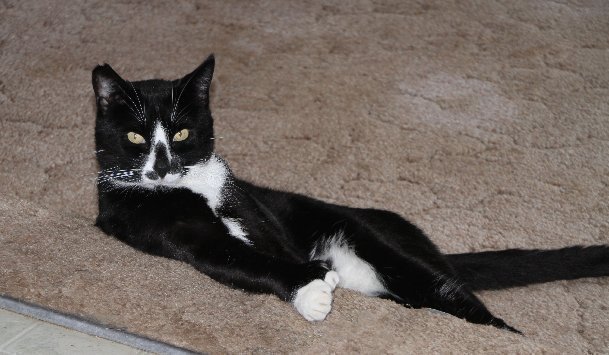 When I cleaned out the fridge I also found a jar of ginger infused vodka I had made a while back. 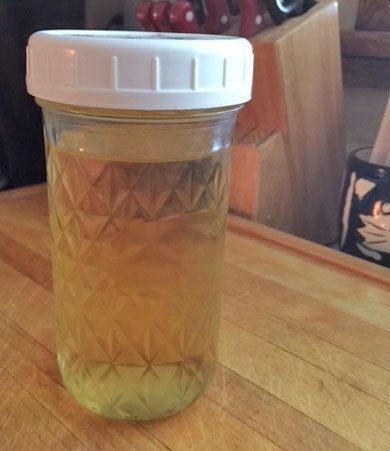 I learned that when you buy fresh ginger, the best way to store it is in a little vodka. http://thegardeningcook.com/ginger-storage/
Check it after a couple weeks and the flavor of the vodka is awesome. Since it's cold you can just pour some into a sipping glass and enjoy!
Here are some more vodka infusing ideas:
https://www.thespruce.com/how-to-infuse-spirits-760696
http://www.domesticmixologist.com/coffee-infused-vodka/

Historically this date.....
1933 – The Gestapo, the official secret police force of Nazi Germany, is established.

1991 – Seventy tornadoes break out in the central United States. Before the outbreak's end,Andover, Kansas, would record the year's only F5 tornado (see Andover, Kansas Tornado Outbreak).

2005 – Under international pressure, Syria withdraws the last of its 14,000 troop military garrison in Lebanon, ending its 29-year military domination of that country (Syrian occupation of Lebanon).

Later dinner was reruns of the super good ravioli, chair, wine, and TV. 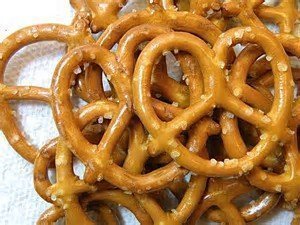 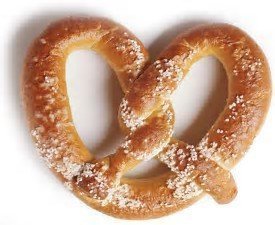