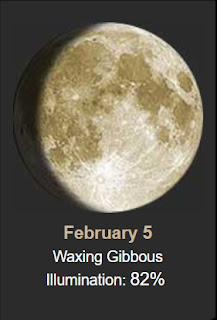 Yesterday started off frozen, 22º, and Dude and Bruiser normally go outside first thing and stay awhile, but not yesterday. They wanted right back inside. Too cold out there!!! It looked like it had snowed, but it was just frozen! 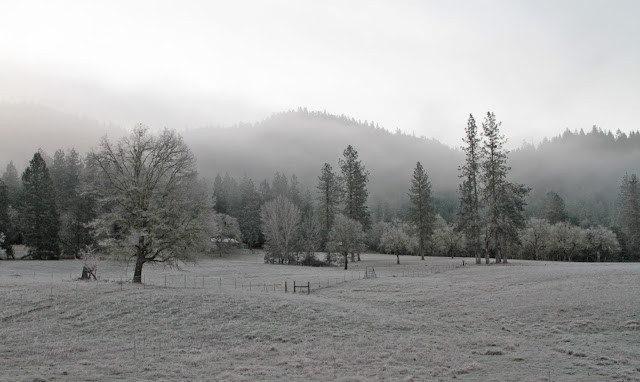 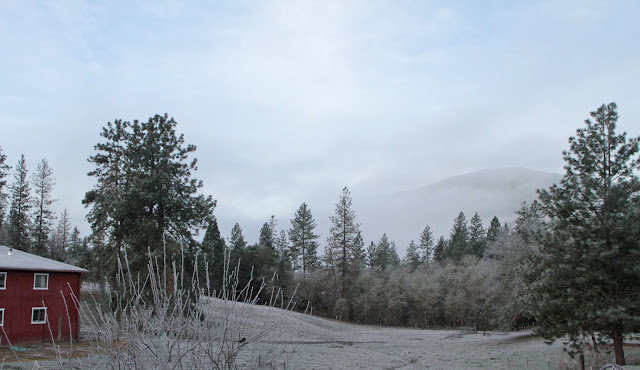 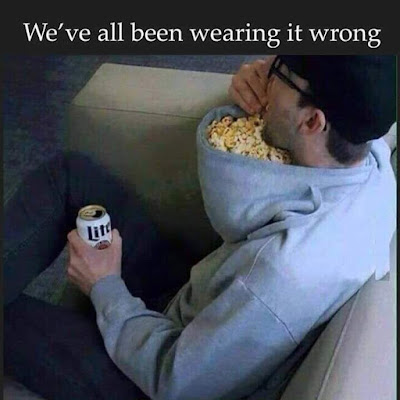 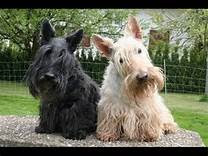 The Scottish Terrier popularly called the 'Scottie', is a breed of dog. Initially one of the highland breeds of terrier that were grouped under the name of Skye Terrier, it is one of five breeds of terrier that originated in Scotland, the other four being the modern Skye, Cairn, Dandie Dinmont, and West Highland White Terriers.
Scotties are an independent and rugged breed with a wiry outer coat and a soft dense undercoat. They are a small, compact, short-legged, sturdily-built terrier of good bone and substance. They have a hard, wiry, weather-resistant coat and a thick-set, cobby body which is hung between short, heavy legs.
They are often territorial, alert, quick moving and feisty, perhaps even more so than other terrier breeds. The breed is known to be independent and self-assured, playful, intelligent, and has been nicknamed the 'Diehard' because of its rugged nature and endless determination.
Scotties, while being described as very loving, have also been described as stubborn. They are sometimes described as an aloof breed, although it has been noted that they tend to be very loyal to their family and are known to attach themselves to one or two people.
The Scottie is also renowned for being featured in the popular board game, Monopoly. When the game was first created in the 1930s, Scotties were one of the most popular pets in the United States, and it is also one of the most popular Monopoly game tokens.
More Info: en.wikipedia.org 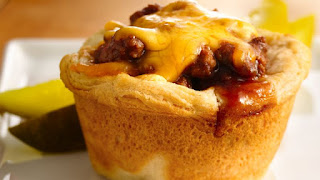 Pull each biscuit apart into 2 layers, press each into 4" round. Place 1 round in each of 8 greased regular size muffin cups. Firmly press in bottom and up side, forming 1/4" rim. Fill with beef mixture, sprinkle with cheese.

Historically this date....
1917 – The Congress of the United States passes the Immigration Act of 1917 over President Woodrow Wilson's veto. Also known as the Asiatic Barred Zone Act, it forbade immigration from nearly all of south and southeast Asia.
............click on the act title...interesting text in this ....

1918 – Stephen W. Thompson shoots down a German airplane. It is the first aerial victory by the U.S. military.

1958 – A hydrogen bomb known as the Tybee Bomb is lost by the US Air Force off the coast of Savannah, Georgia, never to be recovered.

And births this date include....
1848 – Belle Starr, American outlaw (d. 1889)
.........My gosh, what a life. Totally wild and out of control. Her son suspected in her murder, but never proven. Daughter was a trollop like her mother. Interesting read. 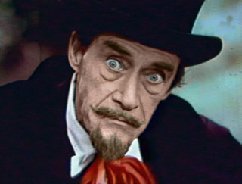 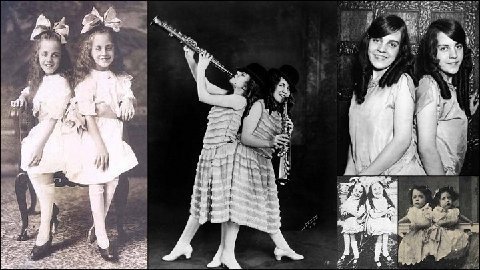 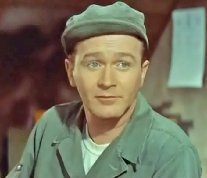 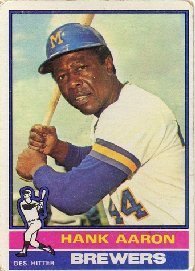 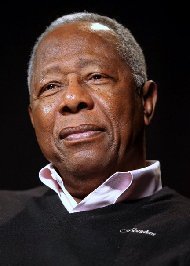 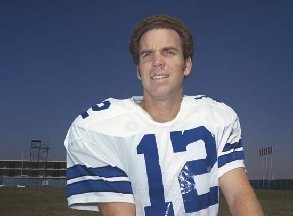 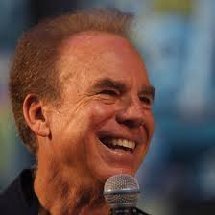 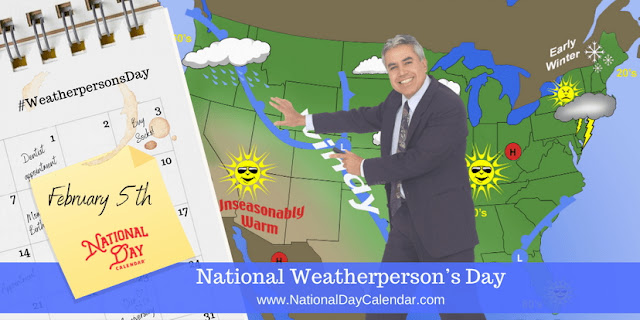 Always celebrated on February 5th, National Weatherperson’s Day, which is also known as National Weatherman’s Day, honors all individuals in the fields of meteorology, weather forecasting, and broadcast meteorology. The day also recognizes volunteer storm spotters and observers as well as any others that work in the weather field.
This annual holiday commemorates the birthday of John Jeffries, born on this day in 1744.  Dr. Jeffries, a scientist, and a surgeon, is considered to be one of America’s first weather observers.  He kept weather records from 1774 to 1816. Additionally, Jefferies pioneered the field of ballooning in the United States and took his first balloon observation in 1784.
Those being honored during this celebration work hard to accurately forecast and report the always changing, and often unpredictable, weather. Despite all of the new technological advances, meteorologists continue to face challenges in forecasting the weather. Predicting “Mother Nature” and what path she may choose, is a very daunting task even with the most state-of-the-art technology.
Knowing the weather forecast is valuable to us in so many ways. We often look at the forecast to plan our activities for the upcoming days. It affects what we do, how we dress, where we go or even if we go at all.   Being prepared for upcoming storms, hurricanes or tornadoes saves lives.

“The primary mission of the Weather Service (NWS) forecast office is to provide the American public with the best possible warning service to save lives.  Recent severe weather statistics show that we continue to improve our capability to warn the public of impending hazardous weather.
Nationally lead time for flash flood warnings improved from 22 minutes in 1993 to 78 minutes in 2008.  Accuracy over the same time period increased from 71 percent to 91 percent.  Lead time for tornado warnings has increased from 6 minutes in 1993 to 13 minutes today.  Tornado warning accuracy increased from 43 percent to 72 percent.  Winter storm accuracy in 2008 was 89 percent with an average lead time of 17 hours.  Since 1990, the Tropical Prediction Center’s 24 to 72-hour tropical storm forecast track errors have been reduced by more than 50%.  These more accurate and longer lead time warnings help communities stay safe.”

Thank your local weatherperson. It may be the person you turn to on the news to keep you up to date on the latest storms. Or, it may also be the storm spotters who report to the National Weather Service. Their warnings alert us to more imminent dangers that impact our lives and livelihoods. Consider how weather impacts our daily lives and how much you appreciate an accurate forecast whenever possible.  Share your experiences and give a shout out to the weatherperson doing an outstanding job in your area!

The day commemorates the birth of Dr. John Jeffries, one of America’s first weather observers. The day has been celebrated for more than four decades.

My favorite weather guy is Jack Church on our local KOBI Channel 5 news. 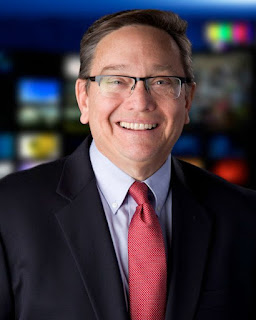 NBC5 News Chief Meteorologist Jack Church has forecast the weather from coast to coast for over 35 years. Jack has been a Certified Broadcast Meteorologist by the National Weather Association since 1984. In fact, he was one of the first 15 weathercasters to receive the prestigious NWA certification.
His long career has taken him to New York, Florida, California, Texas, Missouri and most recently, Bend, OR. He was honored twice for Best Television Weather Broadcast by the California Radio Television News Directors Association. He is also a four-time winner of the Best Weather Broadcast Award from the Associated Press.
He completed his Meteorology studies at Mississippi State University and the US Department of Agriculture. Jack also worked outside of television for a few years with AccuWeather and Baron Services, one of the largest Doppler radar providers in the nation.
Jack is a native of Tennessee and a huge college football fan. He and his wife Pam had been married for 37 years.  Sadly she passed away this past year. They loved hiking, boating, golf and traveling across the Pacific Northwest. They have two children, a daughter, Hannah who recently graduated college and works in Asheville, NC and a son, Eric who is married, living and working in Nashville, TN.
Pam's obituary...
https://www.mckenziebanner.com/stories/pam-church,4250
Posted by Oregon Sue at 7:18 AM No comments: