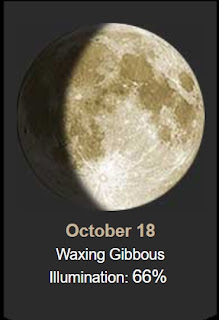 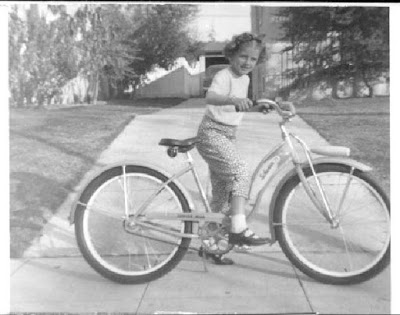 Picture of the Day.....
State Farm agent Dean Stirm's cat. He looks like he has two extra eyes on his legs!! 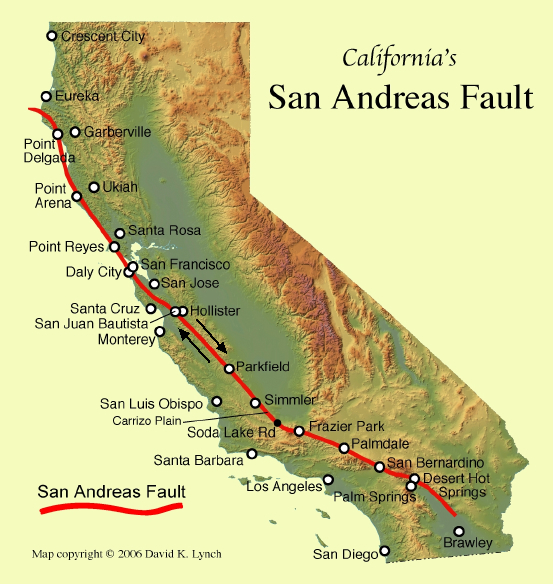 The San Andreas Fault is the most famous fault in the world. Its notoriety comes partly from the disastrous 1906 San Francisco earthquake, but rather more importantly because it passes through California, a highly-populated state that is frequently in the news. And with many research institutions dedicated to studying such an accessible fault, the SAF has become a household name. But what is a fault? And what is the SAF?
A fault is a planar crack in a rock along which slippage has taken place. Most faults are small - even microscopic - and are not important. Some faults are many miles long.

Faults can be classified according to which of the three directions of space the rocks on either side move. When the motion is predominantly vertical, they are called dip slip faults. Dip slip faults with dips less than 45 degrees are called thrust faults.

If the motion is mostly horizontal and parallel to the fault plane, the fault is called a strike slip (or transform) fault. The SAF is a right lateral transform fault. This means that if two people face each other across the fault and it moves, each person will see the other person move to the right. If the rocks move horizontally apart or together, they are called divergent or convergent, respectively. Convergent faults raise pressure ridges and mountain ranges. Divergent faults create gaps or sags. When plate boundaries are convergent there is always a subduction zone. When divergent, they usually open valleys on land and oceanic ridges like the Mid Atlantic Ridge.

The San Andreas Fault is a place where two tectonic plates touch, the North American and Pacific Plates. The plates are rigid (or almost rigid) slabs of rock that comprise the crust and upper mantle of the Earth. The SAF is about 700 miles long as the crow flies and about 800 miles long when its curves are measured. It is roughly ten miles deep, and reaches from the Salton Sea in Imperial county to Cape Mendocino in Humboldt county.
The plates are continually moving but where the touch each other, they get stuck. As the rest of the plates moves, the stuck parts deform like compressing a spring so they build up stress in the rocks along the fault. When the rock breaks or slips, the suddenly plates move, causing an earthquake. The entire process is called elastic rebound. As they break and scrape by one another, they produce seismic waves that travel through the ground and shake the surface. We know this shaking as earthquakes. While we think of plates as rigid, they can stretch a little, like pizza crust. That is why we can have an earthquake on the SAF in northern California but not on the SAF in southern California.


The  Mr. Food Test Kitchen whipped up these amazing Honey Bourbon Carrots so you could enjoy a recipe that's sure to wow once you place it on the dinner table. The sweet flavors of honey, combined with the refined taste of bourbon, will bring your holiday dinner to the next level, and act as the finishing touch to a menu you'll never forget! 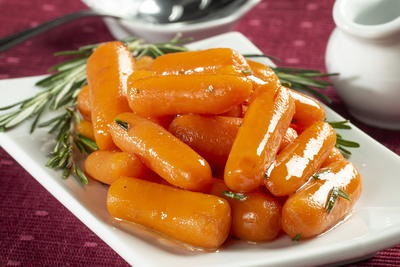 Historically this date......
1867 – United States takes possession of Alaska after purchasing it from Russia for $7.2 million. Celebrated annually in the state as Alaska Day
1954 – Texas Instruments announces the first Transistor radio.
... this was my Zenith transistor radio. I'd put it on the porch and listen to music while I mowed the lawn (no power mower...push!) 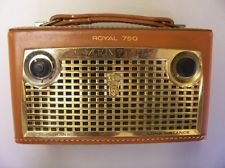 1968 – The U.S. Olympic Committee suspends Tommie Smith and John Carlos for giving a "black power" salute during a victory ceremony at the Mexico City games.
And births this date include....
1918 – Bobby Troup, American musician and actor (d. 1999)
...married to Julie London over 40 years. She died one year after Bobby. 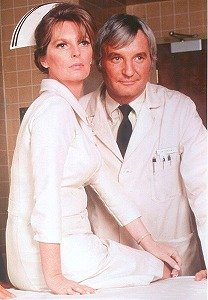 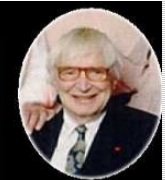 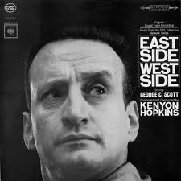 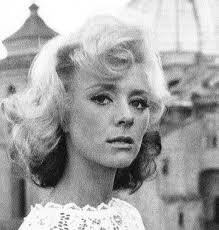 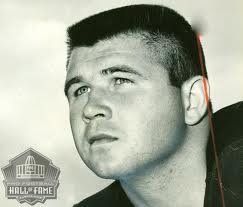 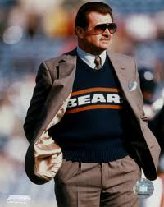 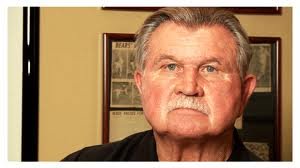 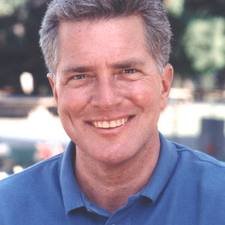 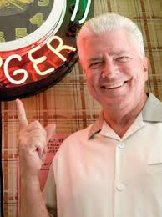 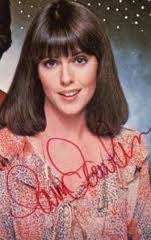 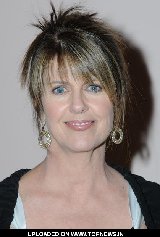 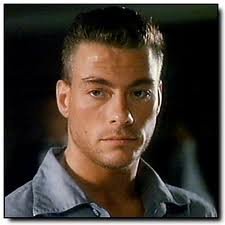 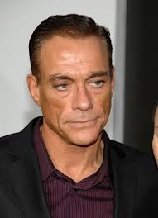 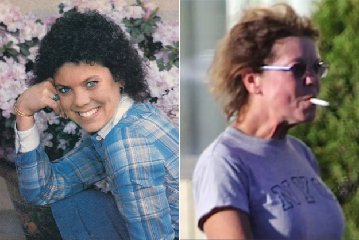 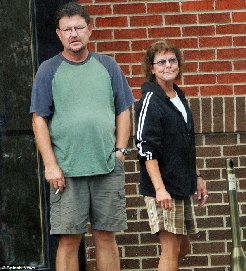 Yesterday John of Rite-Way Heating/Ac was here to clean the heat/air units, the large one outside and two of the inside units. It took him 4 hours!  I had not been keeping them clean! Shame on me. Learned my lesson. 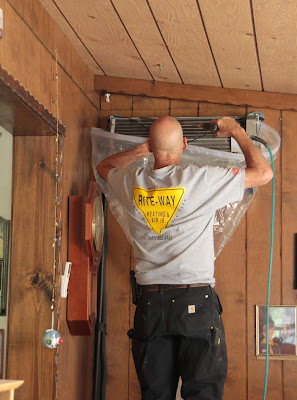 Later before 6pm the power went off. I called Pacific Power and at that time it was unknown why but I was told that about 20 of us had called about it already. I told him I heard sirens too. Then I called my neighbors Frank and Cindy and Frank said he had looked it up and a car had hit a pole up the road from us. A bit later the power company gave me a phone message call that over 1000 of us were without power and it should be back on by 8pm. Thankfully it came on after only about an hour.
I had recorded the new LAPD show The Rookie. I watched it last night. Not impressed. A lot of over the top "tudes" with the training officers and just incidents that didn't relate with me. 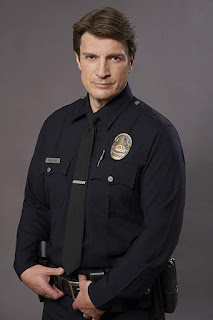 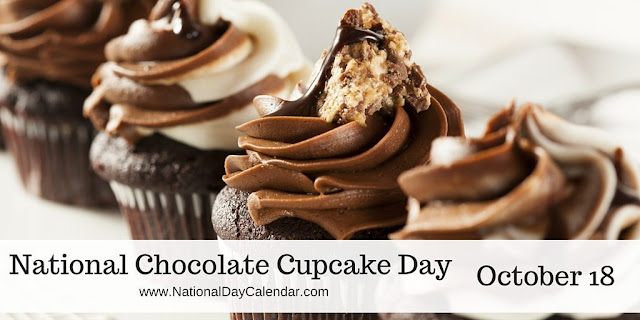 National Chocolate Cupcake Day is observed annually on October 18. With a dollop of frosting, one sweet serving will satisfy chocolate and dessert lovers!
Cupcakes have also been known to be called:
Cupcakes can be traced back to 1796 when there was a recipe notation of “a cake to be baked in small cups” written in American Cookery, by Amelia Simmons.  The earliest known documentation of the term cupcake was in 1828 in Seventy-five Receipts for Pastry, Cakes, and Sweetmeats in Eliza Leslie’s Receipts cookbook.
Cupcakes were originally baked in heavy pottery cups.  Today, some bakers still use individual ramekins, small coffee mugs, large teacups, or other small ovenproof pottery-type dishes for baking their cupcakes.
HOW TO OBSERVE
To celebrate National Chocolate Cupcake Day, try one of the following tempting recipes while watching an episode of the Food Network reality-based competition show, Cupcake Wars.
Cream Cheese Chocolate CupcakesChocolate Fudge Cupcakes with Peanut Butter FrostingSuper Easy, Super Moist Chocolate CupcakesChocolate Cream Filled Chocolate CupcakesDark Chocolate Cupcakes
Posted by Oregon Sue at 7:55 AM No comments: