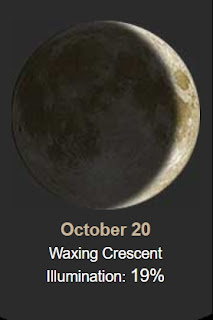 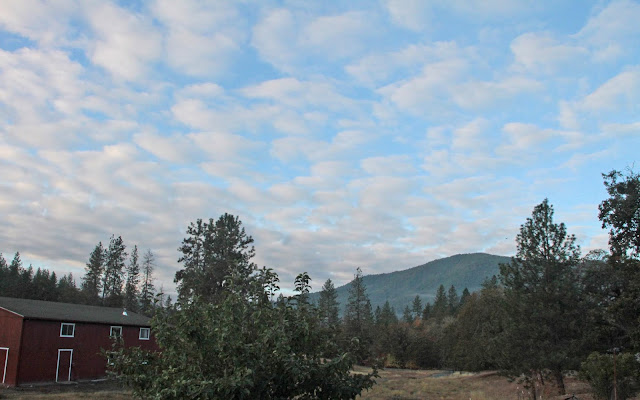 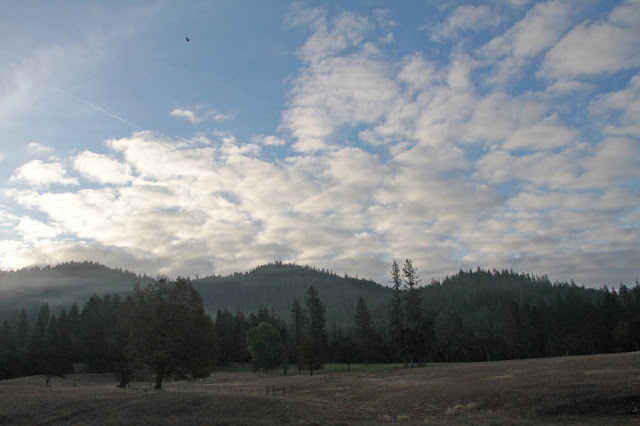 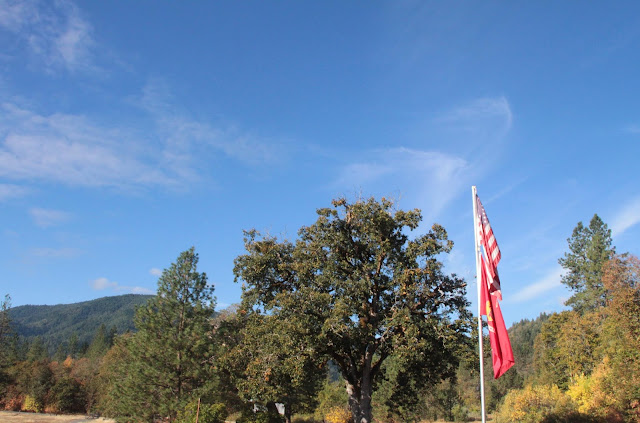 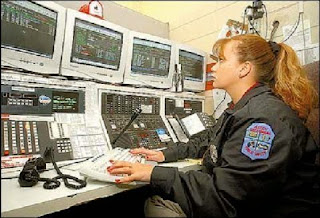 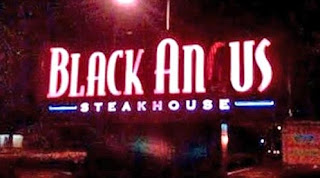 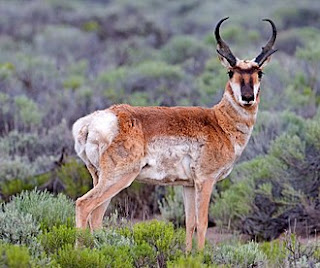 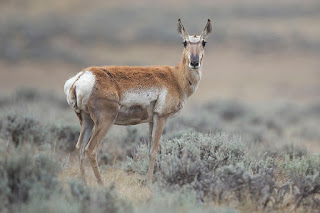 Also known as the American antelope, and second only to the cheetah for maximum speed, the pronghorn can easily out-sprint most predators at speeds as high as 60 miles per hour. Native to North America, it's also known as a pronghorn antelope, although technically it's not an old-world antelope. Actual antelopes are quite fast as well, but not as fast as the pronghorn.

It's a lot quicker than the predators which inhabit North America. This seems to indicate that it evolved its great speed at some point in the past under the threat of a now-extinct predator, perhaps the American cheetah which existed during the Pleistocene epoch.

The pronghorn has a number of special features that allow it to run at high speeds, including cushioned, pointed toes to absorb shock, and extra-large organs that assist with oxygen intake.

Prior to the arrival of the Europeans, the pronghorn was particularly abundant in the region of the Plains Indians and the region of the indigenous people of the Northwest Plateau and was hunted as a principal food source by the local tribes. The antelope has also featured prominently in Native American mythology and oral history.

The scientific name of the pronghorn is Antilocapra americana. Although first seen and described by Spanish explorers in the 16th century, the species was not formally recorded or scrutinized until the 1804–1806 expedition by Captain Meriwether Lewis and Second Lieutenant William Clark. Following the discovery of a few subspecies of the sharp-tailed grouse, Lewis and Clark came across the pronghorn near the mouth of the Niobrara River, in present-day Nebraska. Clark was the first European to kill a pronghorn.

Pronghorns have distinct white fur on their rumps, sides, breasts, bellies, and across their throats. Adult males are 4 ft 3 in–4 ft 11 inches long from nose to tail, stand 32–41 inches high at the shoulder, and weigh 88–143 lb. The females are the same height as males, but weigh 75–106 lb. The feet have two hooves, with no dewclaws. Their body temperature is 100 °F.

The pronghorn is the fastest land mammal in the Western Hemisphere, being built for maximum predator evasion through running. The top speed is dependent upon the length of time over which it is measured. It can run 35 mph for 4 minutes, 42 mph for 1 minute, and 55 mph for 0.5 minutes. While it is often cited as the second-fastest land animal, second only to the African cheetah, it can sustain high speeds longer than cheetahs. University of Idaho zoologist John Byers has suggested the pronghorn evolved it running ability to escape from now-extinct predators, such as the American cheetah, since its speed greatly exceeds that of all extinct North American predators. Compared to its body size, the pronghorn has a large windpipe, heart, and lungs to allow it to take in large amounts of air when running. Additionally, pronghorn hooves have two long, cushioned, pointed toes which help absorb shock when running at high speeds. They also have and extremely light bone structure and hollow hair. 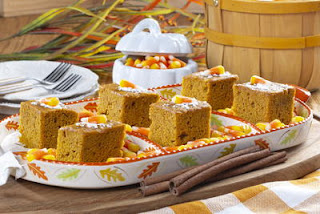 Looking for a sweet and cozy way to welcome fall? We've got something that might help; our Hayride Pumpkin Squares are a perfect combination of pumpkin, cinnamon, and childhood memories! Picking fall apples, visiting the pumpkin patch, or making delicious desserts with loved ones, if this recipe wasn't part of your childhood, remember it's never too late to start sharing in the..."OOH IT'S SO GOOD!!"

***Decorate each square with a bit of powdered sugar and a candy corn and you’re good to go. Ahh, if only all things in life were this good!


Historically this date....
1944 – Liquid natural gas leaks from storage tanks in Cleveland, then explodes; the explosion and resulting fire level 30 blocks and kill 130.
1968 – Former First Lady Jacqueline Kennedy marries Greek shipping tycoon Aristotle Onassis.
1976 – The ferry George Prince is struck by a ship while crossing the Mississippi River. Seventy-eight passengers and crew die, and only 18 people aboard the ferry survive.
1977 – A plane carrying Lynyrd Skynyrd crashes in Mississippi, killing lead singer Ronnie Van Zant and guitarist Steve Gaines along with backup singer Cassie Gaines, the road manager, pilot, and co-pilot.
1981 – Two police officers and an armored car guard are killed during an armed robbery in Rockland County, NY, carried out by members of the Black Liberation Army and Weather Underground.
1991 – The Oakland Hills firestorm kills 25 and destroys 3,469 homes and apartments, causing more than $2 billion in damage.
1991 – A 6.8 Mw earthquake strikes the Uttarkashi region of India, killing more than 1,000 people.
2011 – The former leader of Libya, Muammar Gaddafi, and his son Mutassim Gaddafi are killed shortly after the Battle of Sirte while in the custody of NTC fighters.
And births this date include.... 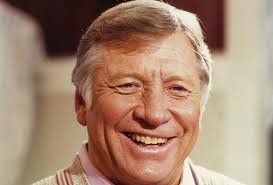 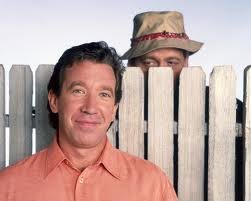 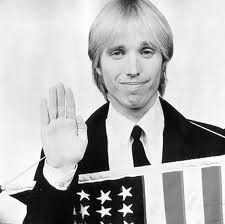 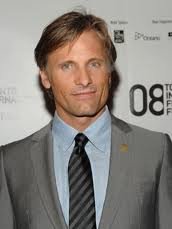 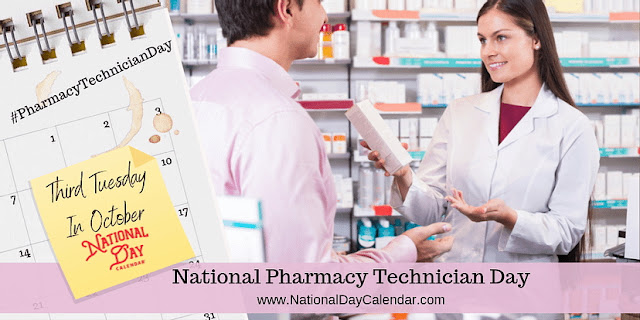 The third Tuesday in October recognizes National Pharmacy Technician Day. The day is an opportunity to thank technicians for their invaluable support and contributions throughout the year. However, the day also explores the technician’s role and how vital it is to maintain a safe and efficient health system.

Pharmacy technicians work in a variety of environments. Depending on education and training, they manage dispensary supply at hospitals and clinics, retail pharmacies, prisons, and veterinary clinics. Their roles may include the supervision of other pharmacy staff. Under a pharmacist’s guidance, a technician may supply medications to patients, prepare prescriptions. They also provide patient education and communicate with physicians.

The Registrar at National Day Calendar® declared National Pharmacy Technician Day to be celebrated annually on the third Tuesday in October.