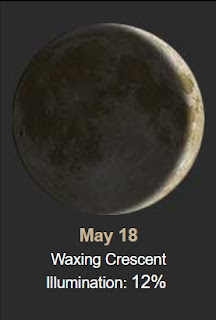 A few clouds came in late yesterday, but they didn't hang around. 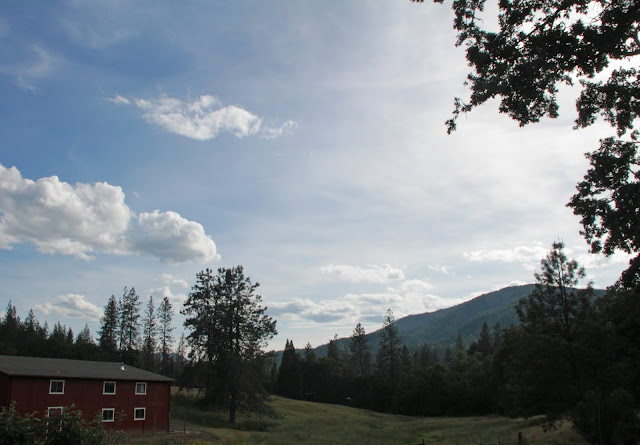 Everything has dried since the rain Wednesday. Good thing, as Dave with his brush-hog will be here to cut all the grass in my pastures today.

Yesterday I got out of here early and headed to Costco.

They open at 10am and it got there at 9:55 and they were open! Barbara, who works at the door, said there were so many people waiting to get in, they just opened early.  Our new Costco is twice the size of the old one and crazy to shop in.
I looked and looked for the Real Lemon juice I always buy and couldn't find it. Finally asked an employee and when I walked down that isle I was sure he was wrong until I found it. Used to be green bottles.... 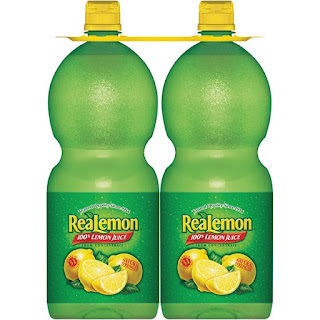 and now they are bright yellow and made by Dream Foods in Santa Monica. I will see if it's as good. 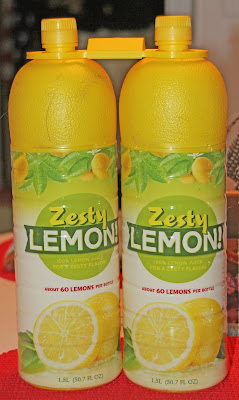 I was also very happy to see that the deli department has brought back the Asian Chicken Wraps. 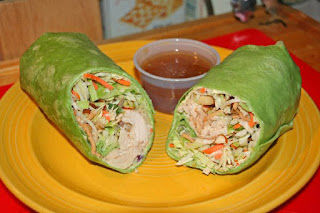 I love those. They didn't make them for about 2 or more years. I guess enough of us complained! Had some for lunch.

Anyway, spent 45 minutes in the store. Got what I needed and what Brian needed. Then to his office to drop off his stuff and Dash was there, so I got lots of kisses! 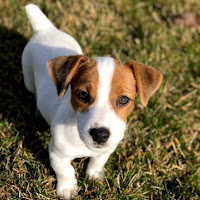 Picture of the Day.... Upside Down House in Poland 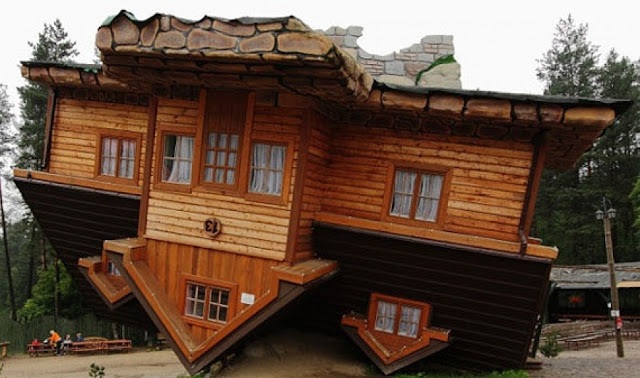 This is probably one of the few houses on the planets that stand on their roof. While it may look like it was hit by a natural disaster, this house was built upside down and was designed and furnished in the style of social realism. 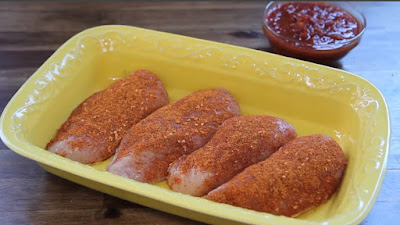 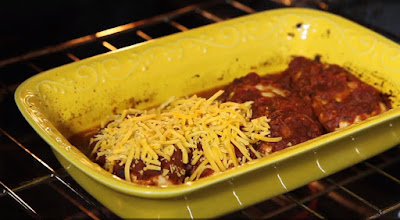 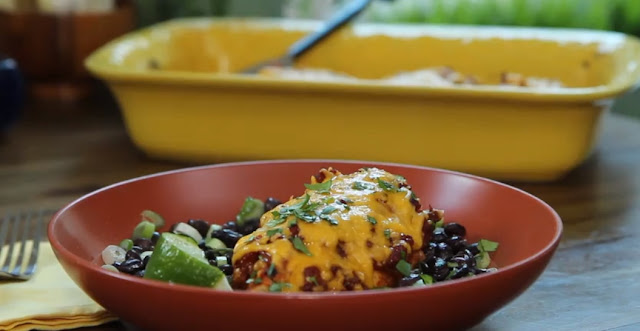 Preheat oven to 375º
Place chicken breasts in a lightly greased 9x13 baking dish.
Sprinkle with taco seasoning on both sides.
Pour salsa over chicken.
Bake for 25-35 minutes, or until chicken is tender and juicy and the juices run clear.
Sprinkle chicken evenly with cheese and continue baking another 3-5 minutes, until cheese is melted and bubbly.
Top with sour cream if desired. 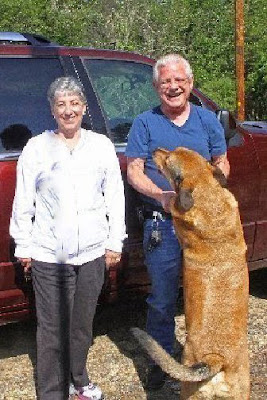 This was a few years back when they stopped for a visit. Pat getting loves from Dude!!

1536 – Anne Boleyn, the second wife of Henry VIII of England, is beheaded for adultery,treason, and incest. 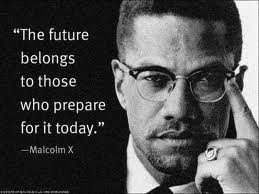 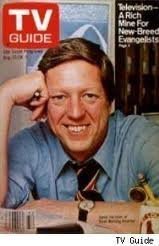 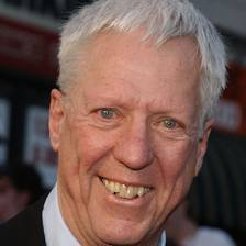 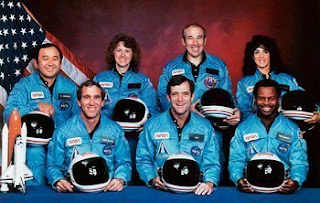 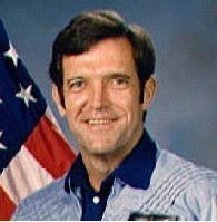 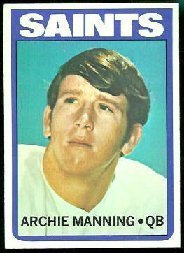 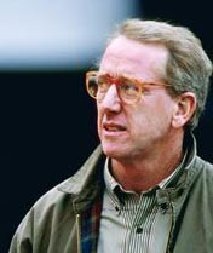 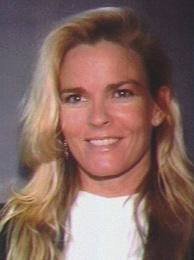 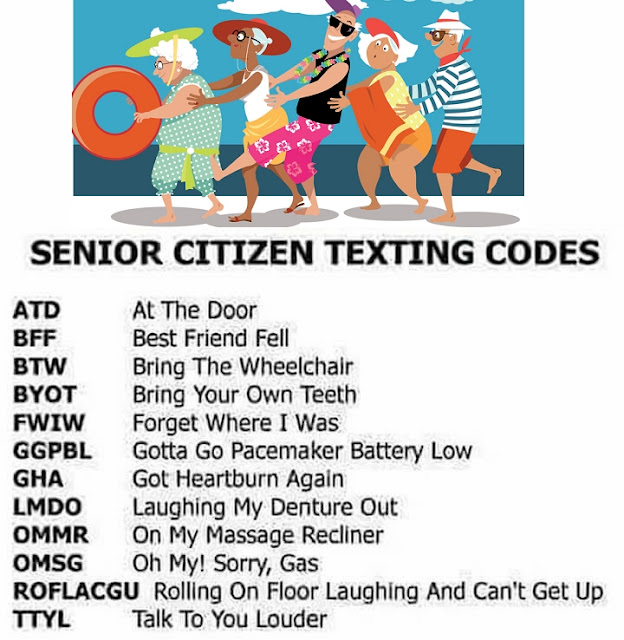 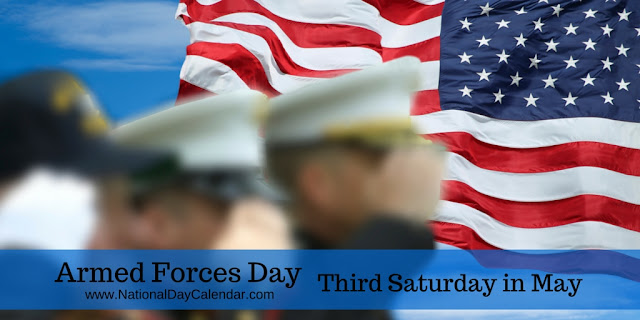 HISTORY
It was with the idea for citizens to come together and thank our military members for their patriotic service in support of our country that President Harry S. Truman led the effort to establish this single holiday. The one-day celebration then stemmed from the unification of the Armed Forces under the Department of Defense.  It was on August 31, 1949, that Secretary of Defense Louis Johnson announced the creation of an Armed Forces Day to replace separate Army, Navy, Marine Corps, U.S. Coast Guard and Air Force Days.
Parades, open houses, receptions and air shows were held to celebrate the first  Armed  Forces  Day held on May 20, 1950.
For more information and an Armed Forces Day Poster see:  http://www.defense.gov/afd/