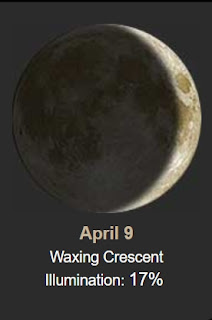 Good 43º cloudy morning, with actually some sun and blue sky peeking through! 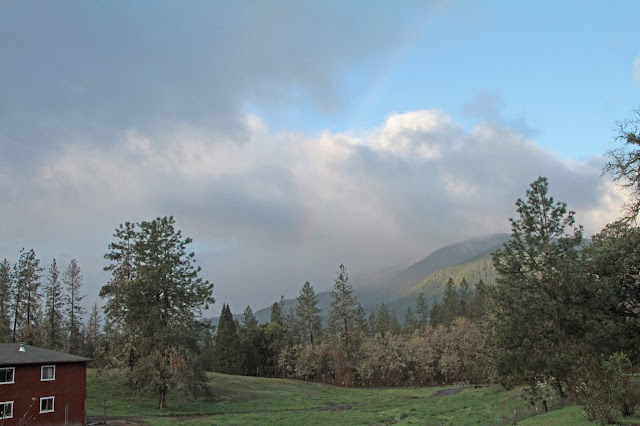 The rain yesterday wasn't much. Sunday to Monday we got 3" and yesterday to today we got 3/4".
My back patio was covered in lots of turkey poop yesterday morning. Those guys were using it as a shelter from all the rain! I went out yesterday morning and put cracked corn on the patio for the birds. Surprisingly a Tom turkey showed up, lots of little birds, a goose, and 12 deer!!!! I would have taken pictures but it would have scared them all away! Later I checked and it looked like the deer licked up most of the cracked corn!
Later in the day I saw all the deer up in my pasture.... 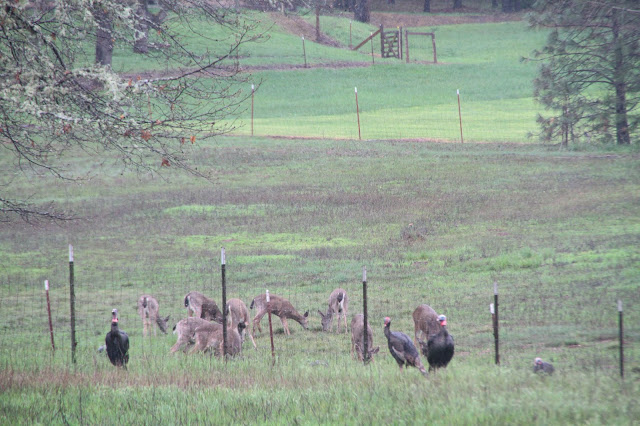 Picture of the Day .... another rock formation... Pig Rock 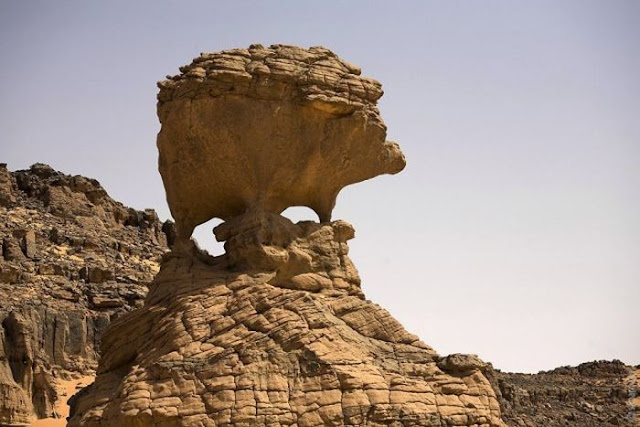 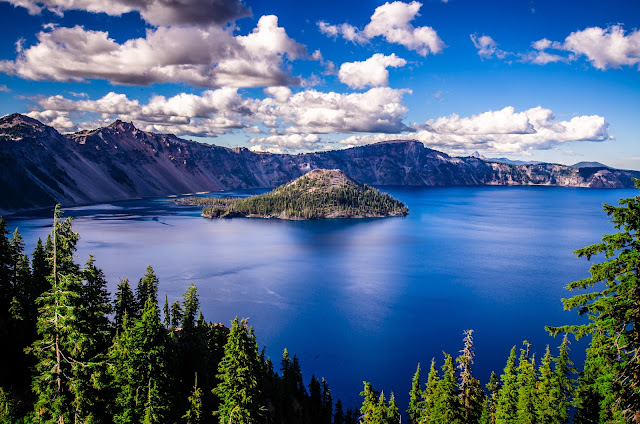 Crater Lake is a spectacular mountain lake in the Cascade Mountains of Oregon.
Crater Lake was formed around 4680 BC when the volcanic Mount Mazama blew its top in spectacular fashion. The eruption, estimated to have been 42 times more powerful than Mt. St. Helens' 1980 blast, reduced Mazama's approximate 11,000 foot height by around half a mile.
The mountain peak fell into the volcano's partially emptied neck and magma chamber, and Crater Lake was formed in the new crater.
On June 5, 1853, Crater Lake was seen by white men for the first time. Three gold prospectors came upon it and one remarked in his journal, "This is the bluest lake we've ever seen." They named it Deep Blue Lake. Crater Lake has been impressing visitors ever since.
In 1902, Congress decided that Crater Lake and its surrounding 180,000 acres were to be "dedicated and set apart forever as a public park or pleasure ground for the benefit and enjoyment of the people of the United States." The passing of this act was the culmination of a 17-year effort, championed by Crater Lake's primary promoter, William G. Steel.
Today, Crater Lake remains a sacred site for power quests and other spiritual pursuits, both for members of the Klamath Tribe and those interested in Native American spirituality. And for just about everyone, the spectacular lake is a place of religious-like awe.
With a depth of 1958 feet, Crater Lake is the deepest lake in the United States and the seventh deepest in the world. At an elevation of 7000 to 8000 feet at the caldera rim, it is the deepest lake in the world that is entirely above sea level.
The lake's surface is six miles wide. There is no inlet or outlet to the lake: it is supplied with water from the great amounts of snow that fall every year. (Crater Lake National Park is one of the snowiest areas in the Pacific Northwest.) The water of Crater Lake is some of the clearest fresh water found anywhere in the world.
Crater Lake contains a prominent island known as Wizard Island, which was formed during the eruption over 7,000 years ago. 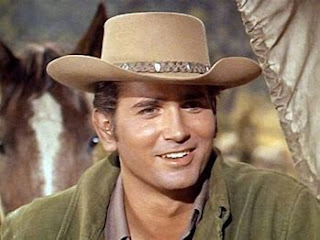 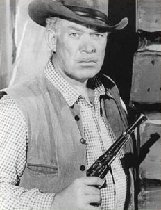 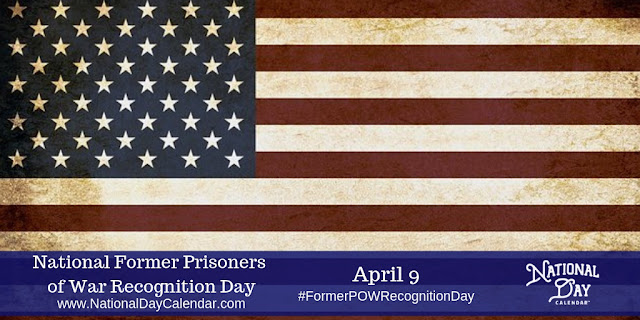 National Former Prisoners of War Recognition Day on April 9 honors the courageous men and women who have endured brutal treatment at the hands of their captors, separation from family and displayed incredible endurance and faith during their captivity.
On this day in 1942, the largest number of U.S. Forces were captured by Japanese troops in the Bataan Peninsula in the Philippines. After battling through extreme conditions and prolonged battles, the captured troops were forced to march 65 miles to the prison camp. Without medical attention, food or water thousands died. The mistreatment continued for those who survived the brutal journey. In the compounds, deep in the unfamiliar jungle, the hardships, brutality, and suffering lasted more than two years for those who could survive.
Many POWs endure conditions much like this. These heroes deserve a day of recognition. An annual presidential proclamation is signed for National Former Prisoner of War Recognition Day and government officials, veterans, civic and private organizations observe the day with ceremonies and events. Some states require the POW/MIA flag to be flown in this day.
HOW TO OBSERVE
Honor former POWs by helping to organize events.  Ensure your organization flies the POW/MIA flag.  Use #FormerPOWRecognitionDay to share on social media.
HISTORY
President Ronald Reagan first proclaimed National Prisoner of War Recognition Day in 1987.
Posted by Oregon Sue at 7:29 AM 2 comments: