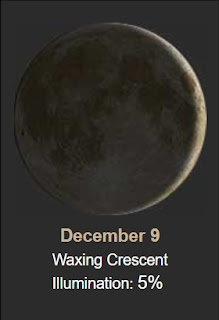 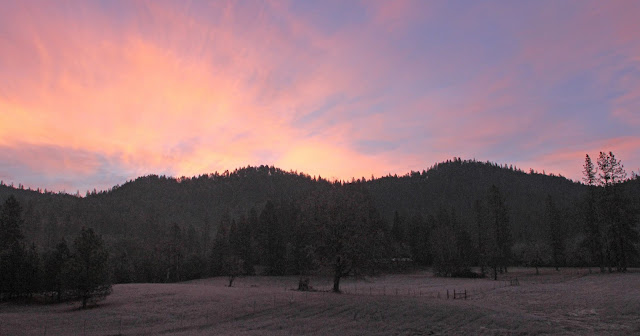 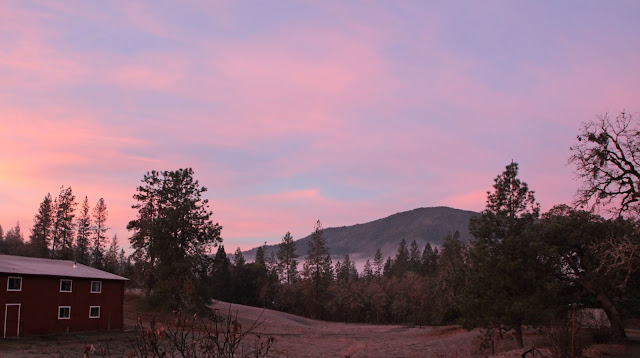 Yesterday started off with some fog and no ice. In the night we had some rain sprinkles. 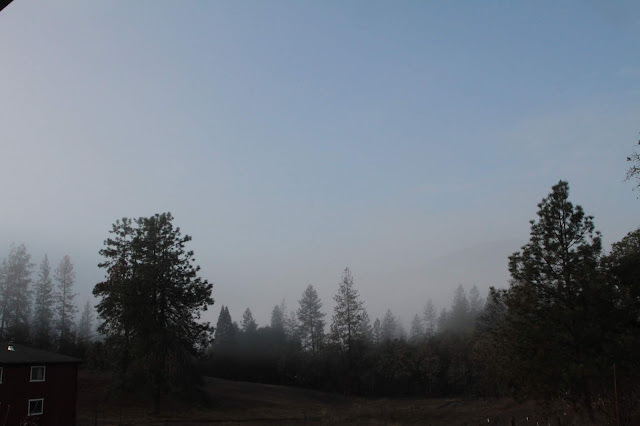 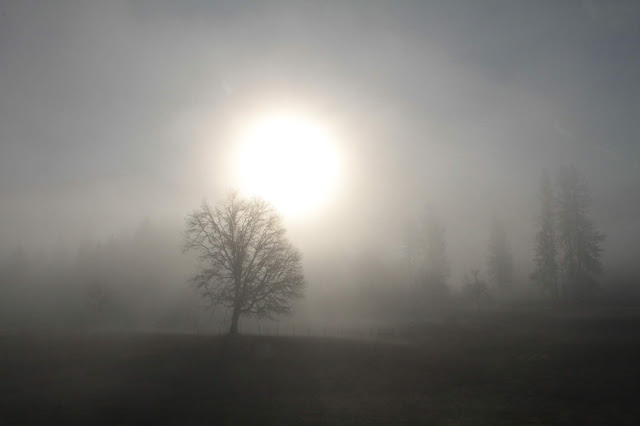 The fog disappeared and we had sunshine! 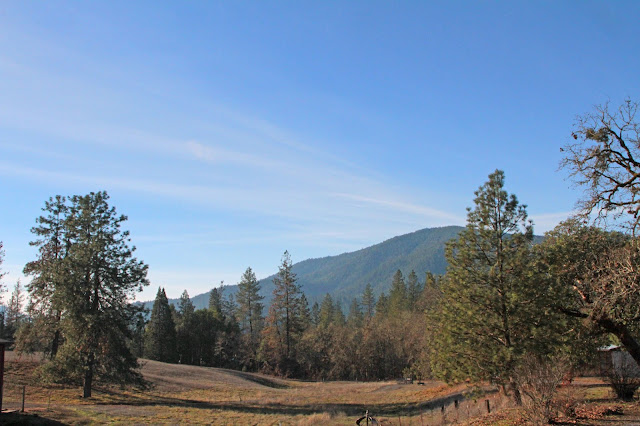 And you-know-who was happy! 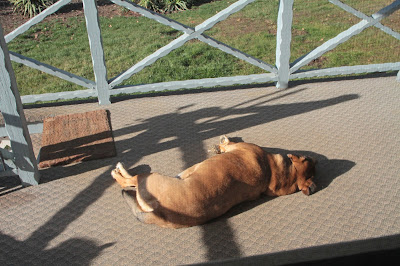 By early afternoon the clouds moved back in and the temps started dropping.... 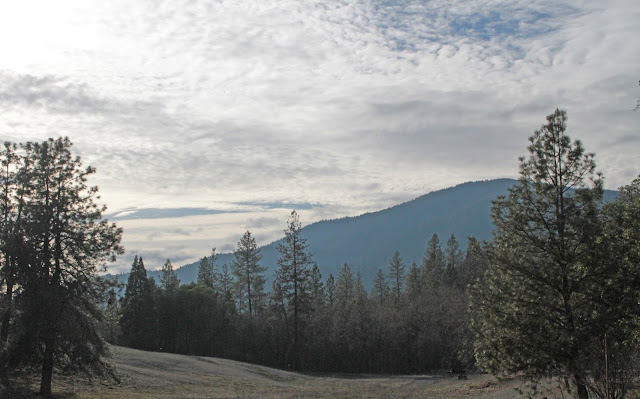 Picture of the Day......
Ginormous statue of Genghis Khan in Mongolia...... 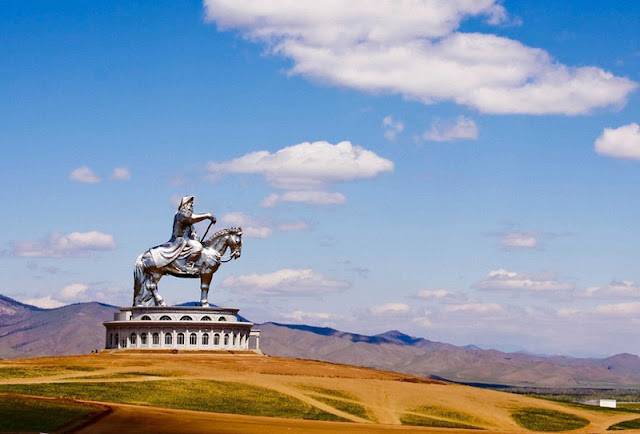 Interesting about the Capitol Christmas tree... 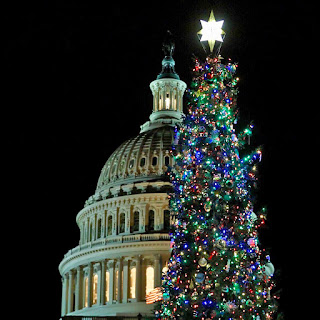 Friday evening, House Speaker Paul Ryan (R-WI) participated in the annual Capitol Christmas Tree Lighting Ceremony on the West Front Lawn. He was joined in lighting the 80-foot Noble Fir from the Willamette National Forest by 9-year-old Oregonian Brigette Harrington, who earned the role by winning a poem contest. The tree will be lit from nightfall until 11 p.m. each evening through January 1, 2019.

Here's Brigette's full award-winning essay........ a 4th grader!
'Twas the month before Christmas, and all through my mind,
Swirled thoughts of my Oregon, all intertwined;
The four seasons how extraordinary, each one of a kind,
Left memories galore for my mind to rewind.
The winter how beautiful, the snow began to fall,
I quickly grabbed my mittens to make a chilly snowball.
The snowman we created, sat proudly in my yard,
He stayed there 'till he melted, a snowy frosty guard.
The raindrops how they pattered, the wind gusts how they blew,
In Oregon this is common, it makes us special through and through;
So don't be disappointed, for rain can bring such joy,
The puddles are for jumpin', they're better than a toy!
In thinking of the springtime, birds began to chime,
The tulips and the daffodils, made for a colorful time.
It was time to plant my garden, the seeds went in the ground,
I watched each day as plants popped up, and roots became earthbound.


Do you like bacon? (This one for you Karen Sugar Bear!!!)
Maple Candied Bacon 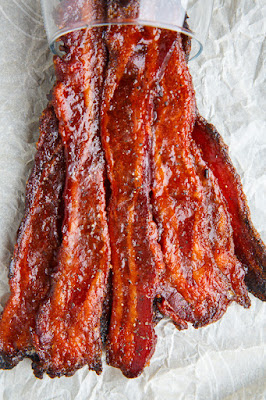 Yesterday Tucker was in a swim meet up in North Bend, Oregon. Brian, Jen, Sami, and Jean all went. Brian sent this picture.... He does the freestyle... This was Tucker's first meet. 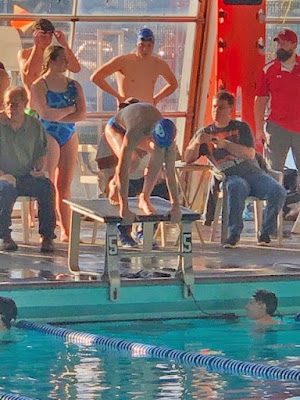 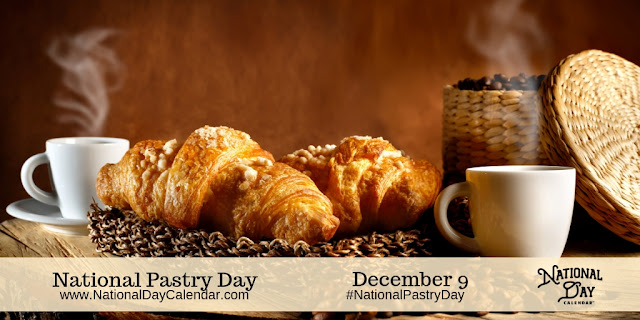 National Pastry Day is celebrated each year on December 9.  The pastry is a name given to a large variety of baked goods which are made with ingredients such as flour, sugar, milk, butter, shortening, baking powder, and eggs.
Pastry dough is rolled out thinly and then used as a base for different baked products.  A few of the more common bakery items include pies, tarts, quiches, and pasties.
Culinary historians often consider French pastry chef Antonin Careme (1784 – 1833) to have been the original great master of pastry making in modern times.
There are many different types of pastry, most of which would fall into one of the following categories:
HOW TO OBSERVE
Enjoy one of the following pastry recipes:

Posted by Oregon Sue at 7:48 AM No comments: