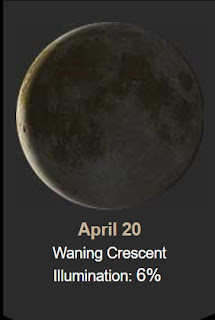 Yesterday these clouds were interesting .... 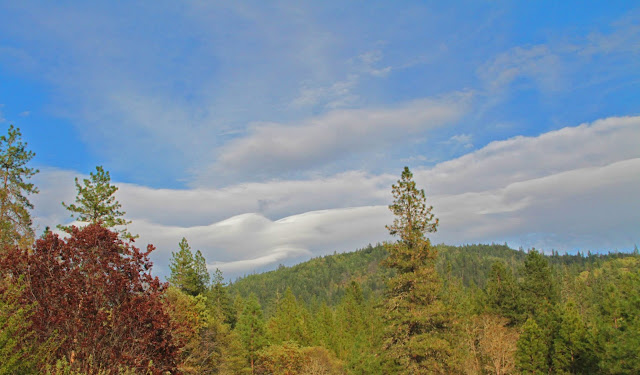 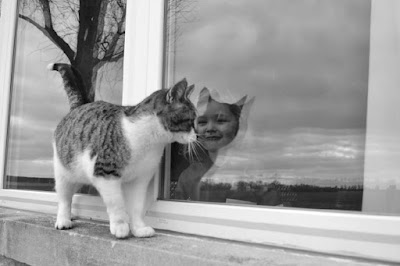 Interesting on measuring a horse .... 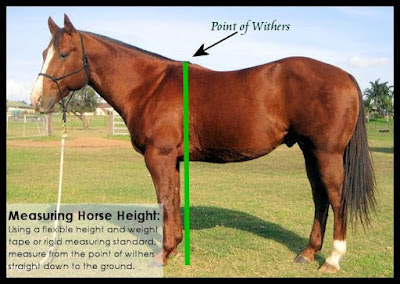 From the ground to the horse’s withers (the ridge between the shoulders and the highest point above the horse’s shoulder that doesn’t move) is the standard method of measurement of a horse's height in many parts of the world.
The hand measurement is used in the U.S., Canada, Ireland and the UK. In other parts of the world, including continental Europe, and in FEI-regulated international competition, horses are measured in metric units, usually meters or centimeters (FEI - The International Federation for Equestrian Sports (French: 'Fédération Équestre Internationale') is the international governing body of equestrian sports). In South Africa, measurements may be given in both hands and centimeters, while in Australia, the equestrian regulations stipulate that both measurements are to be given.
A hand is four inches, and a horse that is sixteen hands and two inches will be described as “16.2hh” (16.2" hands high) A four-inch hand, unsurprisingly, is roughly the breadth of a man’s hands, with or without the thumb, a unit of length which can be traced to the ancient Egyptians. The palm or hand shows up in texts from Ancient Israel, Greece, and Rome, and continued to be used throughout Europe during the Middle Ages but varied from city to city. Henry VIII standardized the hand to four inches in 1541.
No one really knows why some places stuck with the antiquated measurement system (though it’s notable that the countries still using hands were colonized by Britain). 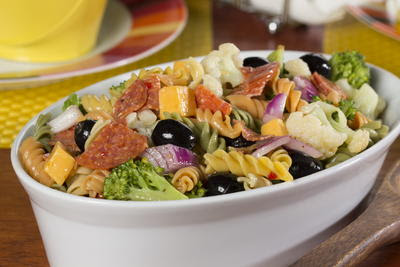 Quick! - Check the pantry and the fridge and grab whatever you've got on hand, 'cause you're going to need it to make a throw-together Garbage Pasta Salad that's potluck-worthy! This is one easy pasta salad that won't ever make it to the garbage.

***This pasta salad is great made in advance, but you may need to add a little extra Italian dressing to moisten it just before serving.

Historically this date.....
1918 – Manfred von Richthofen, aka The Red Baron, shoots down his 79th and 80th victims, his final victories before his death the following day.

And births this date include....
1941 – Ryan O'Neal, American actor
(first hand knowledge of him being an adam henry! When I worked for Fabergé, we had Farrah Fawcett's products. She came to our yearly sales meetings we had and Ryan came with her. UGH! He was so rude and snotty.)
Went from good to ewwwwwww.................. 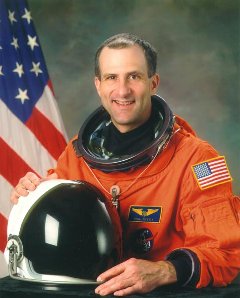 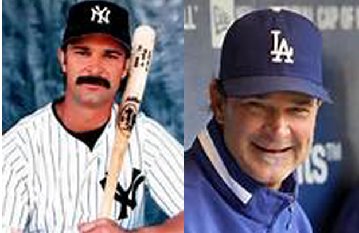 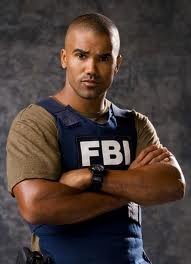 Yesterday I filled the water tubs out back for the critters to drink from and Mr. Goose came and sat by one of them all afternoon..... 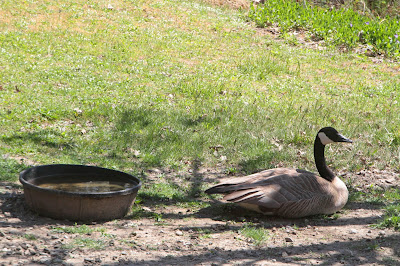 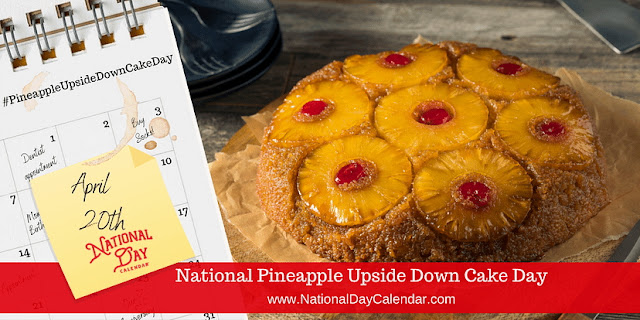