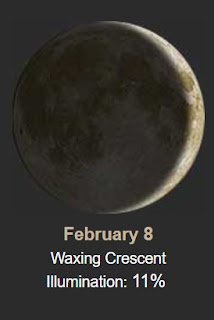 Yesterday we started out at 23º and by 10:30 it finally warmed up to 32º. I could NOT get warm!!! Heaters on, sitting on an electric blanket, and with hand warmers. I am a cold weather wuss!!!! That's because I was born in Los Angeles, lived there for 50 years before moving to the Pacific Northwest! Burrrrr.........

Picture of the Day.... perfect timing 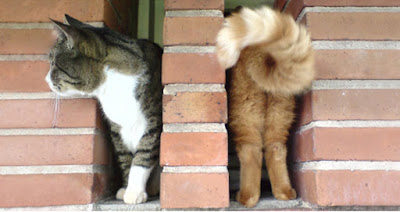 These are fun. Shared by my high school pal Carol Nasca......
Ponderisms..........
Ever wonder about those people who spend $2.00 a piece on those little bottles of Evian water?
Try spelling Evian backwards : NAIVE

If 4 out of 5 people SUFFER from diarrhea does that mean that one enjoys it?

If a pig loses its voice, is it disgruntled?

If Fed Ex and UPS were to merge, would they call it Fed UP? 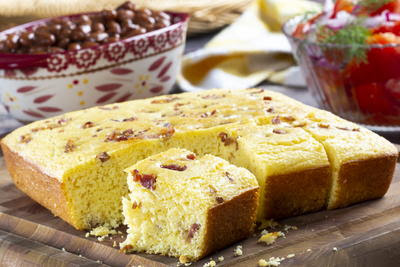 It doesn't matter when you get a craving for our Bacon Corn Bread, this fun twist on a Southern favorite is good anytime of the year! Serve it slathered in butter during the summer, or alongside steaming chili in the winter; start your day with a bacon-y breakfast bread, or end it with the perfect dinner side. This easy corn bread recipe is going to be a yummy part of any meal, anytime!


1952 – Elizabeth II is proclaimed Queen of the United Kingdom.


1960 – Queen Elizabeth II of the United Kingdom issues an Order-in-Council, stating that she and her family would be known as the House of Windsor, and that her descendants will take the name "Mountbatten-Windsor".


1960 – The first eight brass star plaques are installed in the Hollywood Walk of Fame.
click on the link here and it gives a ton of information.


1963 – Travel, financial and commercial transactions by United States citizens to Cubaare made illegal by the John F. Kennedy administration. 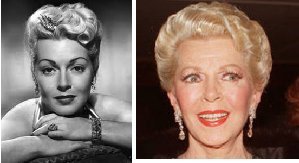 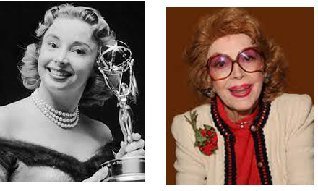 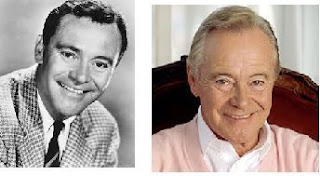 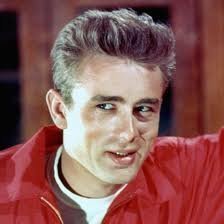 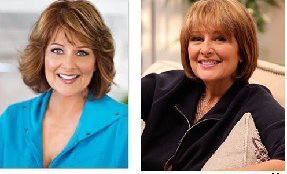 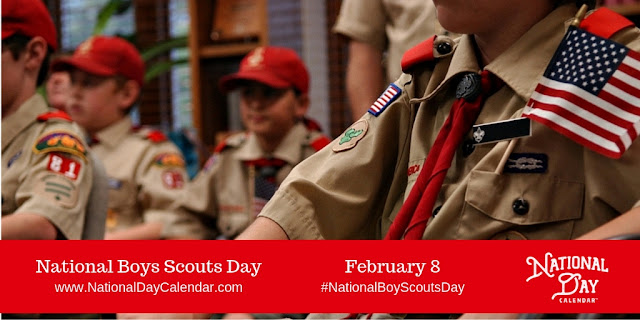 Since 1910, boys across America have been doing good deeds, learning survival skills and developing moral foundations through the Boy Scout of America.  February 8th annually recognizes National Boys Scouts Day.
The Boy Scouts of America has roots in the British Boy Scouts organization which was created in 1908 after the success of the book Scouting for Boys by Robert Baden-Powell.
On a foggy day in London an American newspaperman, William Dickson Boyce, became lost when a Boy Scout came to his assistance. With the boy’s guidance, Boyce arrived at his destination. When Boyce offered payment for the assistance, the Boy Scout refused explaining it was a good deed.

Boyce was inspired to organize similar youth groups into one organization. On February 8, 1910, Boyce filed papers of incorporation, and the Boy Scouts of America was born.
Boy Scouts have had a profound impact on the United States.  Many presidents and other dignitaries have been Boy Scouts.  A total of 181 Astronauts have also been a part of the Boy Scout program.
Key Dates
Membership*
Awards
Total number of merit badges awarded  117,649,303
Top 5 merit badges awarded**
Eagle Scout Awards  2,043,375
William T. Hornaday Award (since 1914)  3,799
Honor Medal (since 1923)  2,234
Honor Medal With Crossed Palms (since 1924)  231
Silver Buffalo Award (since 1926)  686
Medal of Merit (since 1945)  5,927
Distinguished Eagle Scout Award (since 1969)  1,840
Heroism Award (since 1977)  3,081
National Certificate of Merit (since 1989)  1,501
Statistics provided by National Boy Scouts of America – http://www.scouting.org/About/FactSheets/100_years.aspx
HISTORY
February 8 recognizes the anniversary of the date William Dickson Boyce filed the letters of incorporation. February is also Boy Scout Month.
Posted by Oregon Sue at 7:38 AM 2 comments: