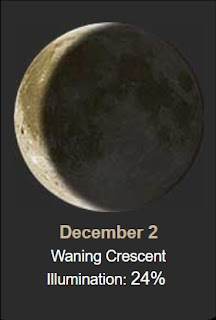 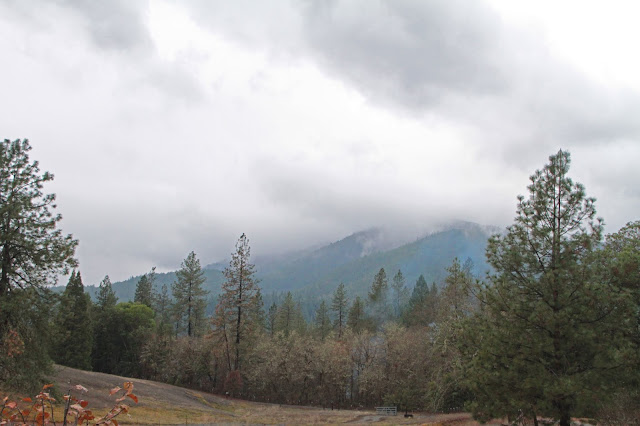 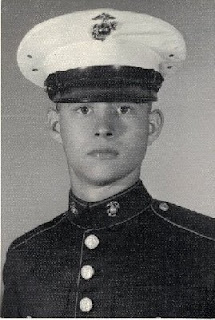 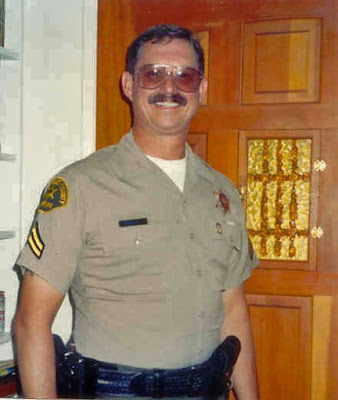 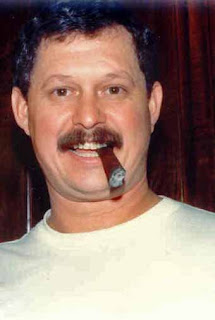 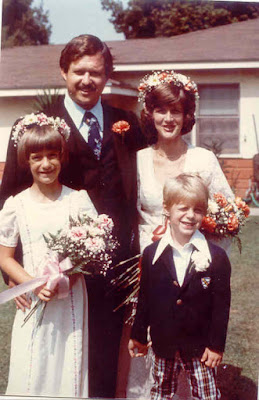 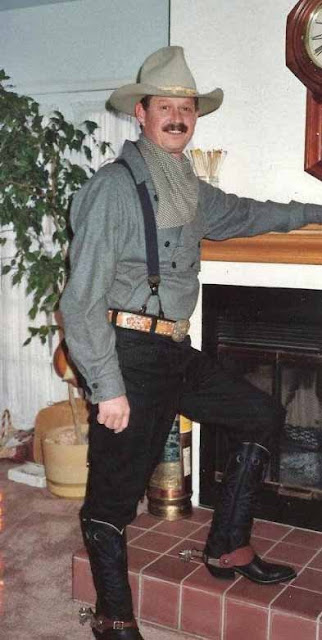 Born in Dallas Texas, grew up in Redwood City Ca., joined the Marines during Viet Nam and was a tanker, traded in his tan and green USMC uniform for a Los Angeles Sheriff's Department tan and green deputy uniform for 30 years.

Picture of the Day.....LOL
(Shared by my friend Sugar Bear) 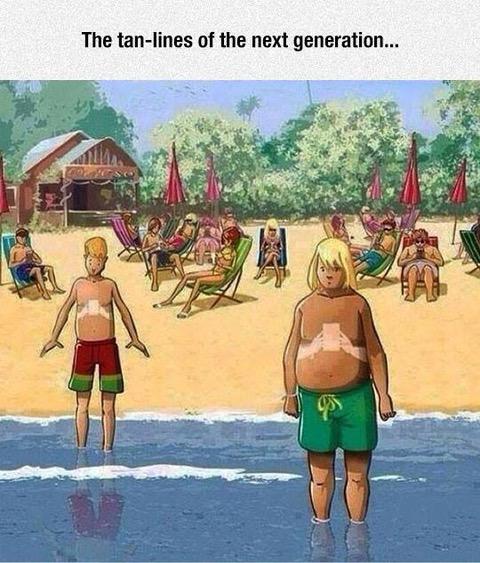 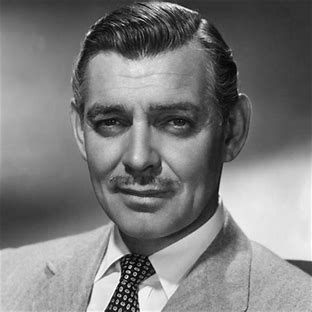 In 1942 Clark Gable joined the U.S. Army Air Forces. His wife Carole Lombard had suggested that Gable enlist as part of the war effort, but MGM was reluctant to let him go, and he resisted the suggestion. Gable made a public statement after Lombard's death that prompted the Commanding General of the U.S. Army Air Forces Henry H. "Hap" Arnold to offer Gable a "special assignment" in aerial gunnery. 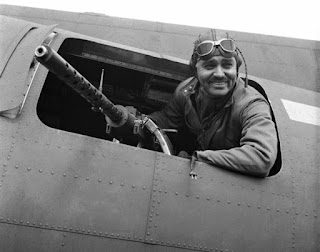 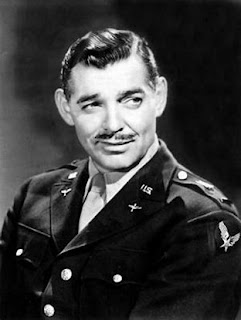 Gable spent most of 1943 in England at RAF Polebrook with the 351st Bomb Group. Gable flew five combat missions, including one to Germany, as an observer-gunner in B-17 Flying Fortresses between May 4 and September 23, 1943, earning the Air Medal and the Distinguished Flying Cross for his efforts. During one of the missions, Gable's aircraft was damaged by flak and attacked by fighters, which knocked out one of the engines and shot up the stabilizer. In the raid on Germany, one crewman was killed and two others were wounded, and flak went through Gable's boot and narrowly missed his head.

In May 1944, Gable was promoted to major. He hoped for another combat assignment, but when the invasion of Normandy came and went in June without any further orders, Gable was relieved from active duty as a major on June 12, 1944, at his request, since he was over-age for combat. His discharge papers were signed by Captain (later U.S. President) Ronald Reagan.

If you live or lived in Southern California, then you know about The Clearman's Northwoods Inn (a favorite restaurant of Jerry's and mine!)  and their SUPER good Cheese Bread Spread. 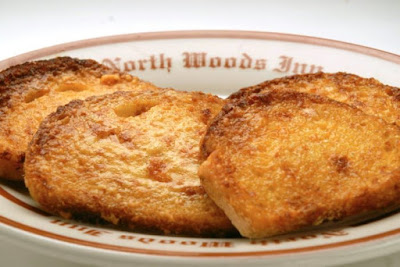 This can be made ahead and refrigerated until you crave a recipe of gooey broiled cheese bread. This recipe was shared by the restaurant.
1 pound cheddar cheese, grated
3 oz Romano cheese, grated
1/2 pound butter
1 t. paprika
2 T. Worcestershire sauce
4 drops Tabasco sauce
12 slices French bread or sourdough bread
Soften butter to room temperature and mix all ingredients except cheese. When well mixed, fold in the cheeses.
Spread evenly over breads slices and broil until bubbly. Watch carefully! Cheese does not melt completely. Mixture will be golden brown in about 1 minute.
Here is their site....
https://clearmansgalley.com/
Today is also another special birthday, friend Georgia Sue Mattern is celebrating. HAPPY BIRTHDAY GS!! xo 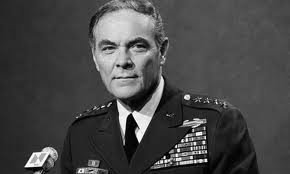 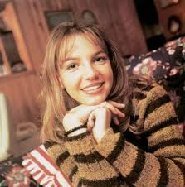 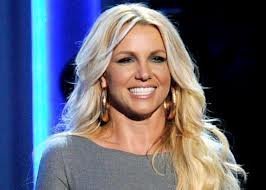 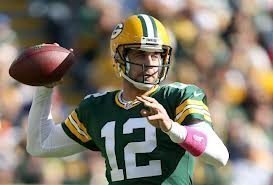 Later, as usual, it was chair, wine, 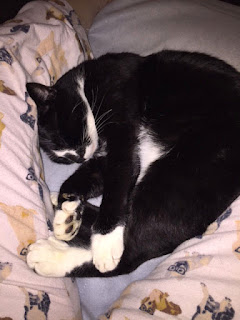 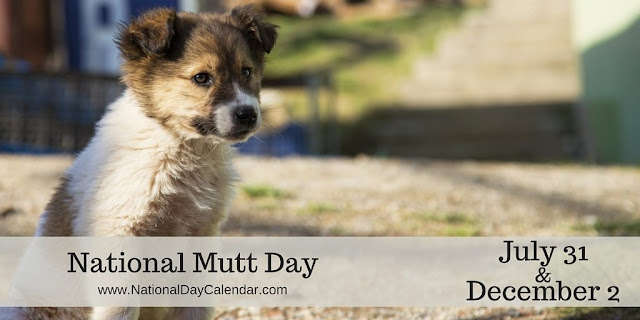 National Mutt Day encourages us to embrace, save and celebrate mixed breed dogs twice a year on July 31st and December 2nd.
Desperately longing for a new home, millions of loving and healthy mixed breed dogs in shelters across the United States are waiting for someone to come and adopt them. National Mutt Day provides an excellent opportunity to find the perfect canine companion. Despite the name, a mutt learns, obeys and trains much like purebred animals. While their lineage cannot be traced and their features a bit murky, their companionship will be faithful.
HOW TO OBSERVE
Visit a shelter; if you are unable to adopt a dog, you can always volunteer.
HISTORY
Celebrity Pet Expert and Animal Welfare Advocate, Colleen Paige, founded National Mutt Day in 2005.  This day is celebrated on both December 2 and July 31 of each year. 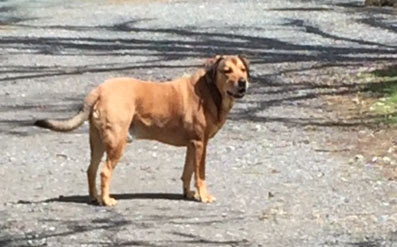