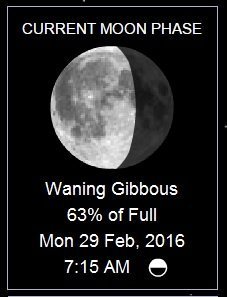 Good 30º clear frozen Leap Day morning!
Yesterday the sun came out for a few about 10am. Then hid again. Stayed cold and windy. Patty wrote from the coast it was raining over there, so Dude did his run, I drove the golf cart, and we took the trash to the road before the rain. Rain started at 12:30. Then it stopped and we had sun for a bit. Then it went away again. 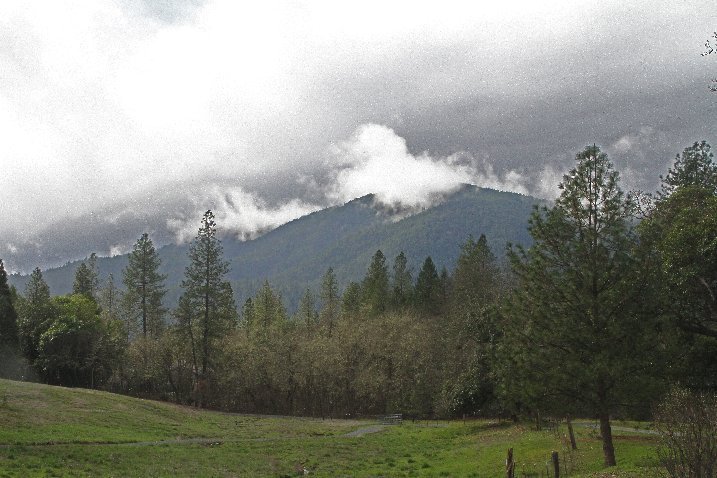 Remember the osprey nest? Well in case you have never seen an osprey... 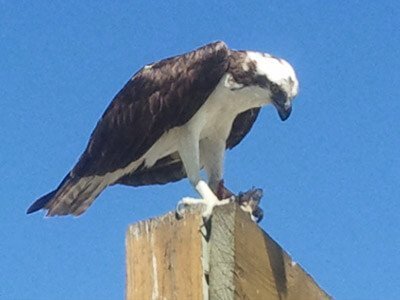 It is close to a bald eagle and also called a Sea Hawk.
Kristen sent me a DVD of Jack's Gabrielino Eagle Marching Regiment. Jack is a drummer..... In the video he is on the right in the back with the 'marching quads'! He is awesome! 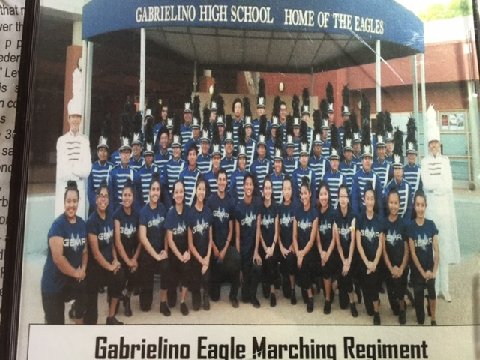 https://www.youtube.com/watch?v=geIn3O9mD1E&feature=youtu.be
Sorry, fuzzy, took it off my computer screen. 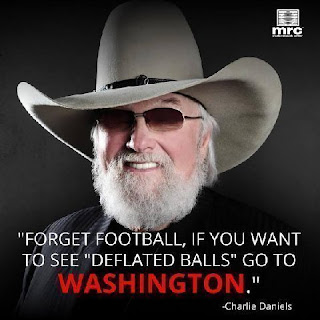 A 29 second video on 'how to deactivate a cat' from pal Mike Cippola. Thanks Mike. Wonder if the Bruise would hold still! 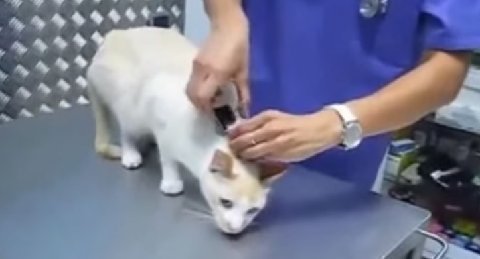 https://www.youtube.com/watch?v=T9TmmF79Rw0
It was another exciting day.... organized paperwork and laundry.

Historically this date...
1504 – Christopher Columbus uses his knowledge of a lunar eclipse that night to convince Native Americans to provide him with supplies.
1916 – Child labor: In South Carolina, the minimum working age for factory, mill, and mine workers is raised from twelve to fourteen years old.
1940 – For her role as Mammy in Gone with the Wind, Hattie McDaniel becomes the firstAfrican American to win an Academy Award.
1960 – Family Circus makes its debut.
Ohh......one of my most favorite cartoons!!! 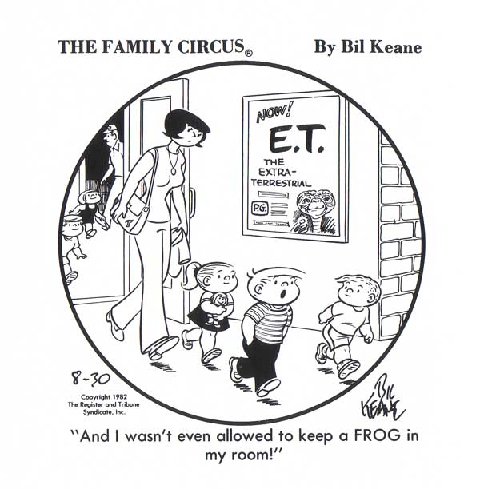 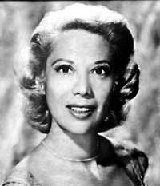 1944 – Dennis Farina, American actor (d.2013)
Interestingly enough, he was a Chicago cop for 18 years before becoming an actor! 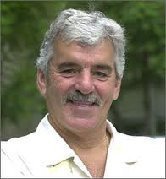 On a sad note, friends Tammy and Gary lost their young son Guerin on the 18th. Tammy and Gary are the ones who adopted the 'found' black lab, Mr. Big Stuff, who is now Sideways. They found Guerin, passed away, at home. No word on the cause yet. Heartbreaking for them!!! RIP Guerin. 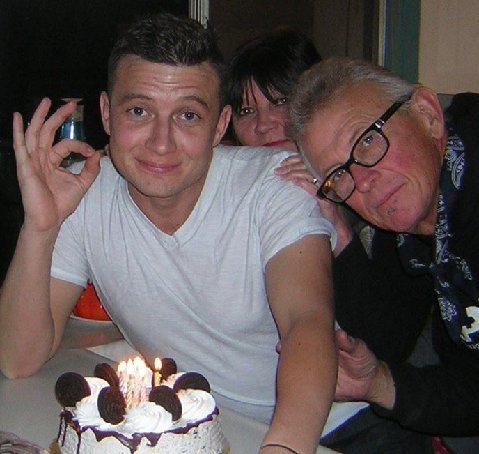 On his birthday December 18th. ^

And I am also sad for the family and friends of the Virginia policewoman killed on her first day on the job! Ashley Guindon was sworn in on the Prince William County Police Department on the 27th and killed by gunshot on the 28th. She had worked for the department before, left for a time, and came back. She is the 10th police officer killed this past month in the Good Old USofA!!! 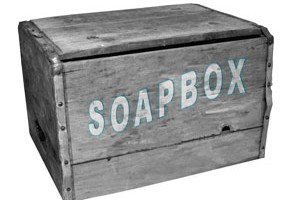 As far as the Oscars go. What trash that Chris Rock is! He said he was "presenting the white people's choice awards" !! The show was all about racial ..... It was all about political left wing liberals.  I watched a bit, sped through, watched another bit and was just about sick to my stomach. CRAP is all it was.
Later dinner was the chopped crab salad I got on Saturday from Taprock. Crab, bacon, hard-boiled eggs, romaine lettuce, olives, and I added some tomato (because it's a fav) 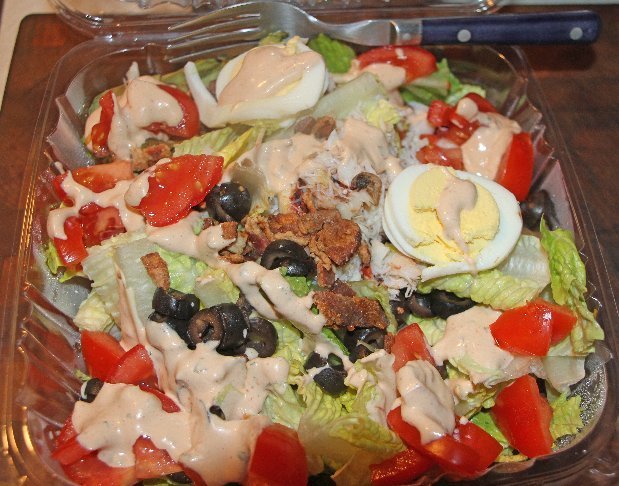 All I know. Nuff said. Happy Monday. Ciao.
xo Sue Mom Bobo
February 29th
Leap Day
Leap Day is every fours years....almost. It's every four years except years ending with "00" that are not divisible by 400. The year in which Leap Day occurs, is called a Leap Year.
Why the fancy calculation? The earth rotates around the sun once every 365 and about 1/4 days. So, by adding an extra day every four years, we get mighty close to keeping the calendar consistent with the earth's annual trip around the sun. And to be very precise, the earth orbits the sun every 365.242190 days. So, on years ending in "00", (except those not divisible by 400) we skip Leap Year and Leap Day. With all that fancy calculating out of the way, let's just celebrate the day.
Did you know? There are occasional "Leap Seconds". We will spare you the detail on those, except to say it helps to correct minor variations. On December 31, 2015, the folks who maintain the official time for the planet, will add an extra second to the day!
If your birthday is on Leap  Day, congratulations, you finally get to celebrate your birthday on your birth date. Just how many of us are celebrating our Birthday on Leap Day? Only about one in 1461 people. If you were born on this day, consider yourself very, very special.  If my birthday had been on Leap Day I'd be all of 19 now!!!!
Posted by Oregon Sue at 7:37 AM 3 comments: