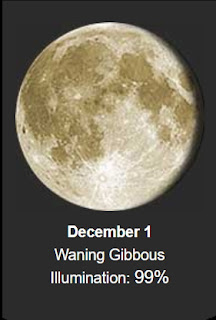 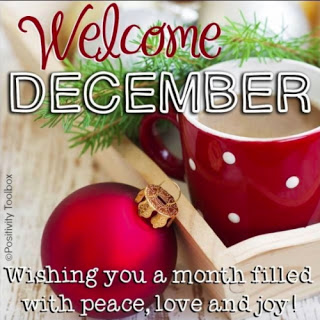 On this day in 1997 Jerry and I bought this Oregon house.
We moved from Temple City in 1998... Jerry almost immediately bought this 1940 John Deere tractor... 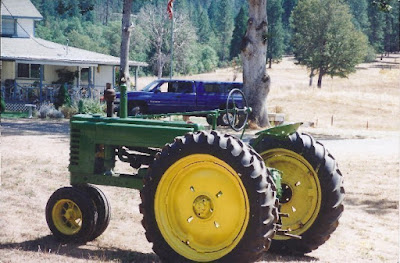 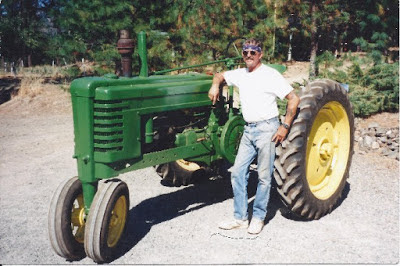 Yesterday we started out with high fog... and then it started raining a little after 8am. The rain only lasted a very short time.
We topped at 43º and never saw any sky or sunshine. 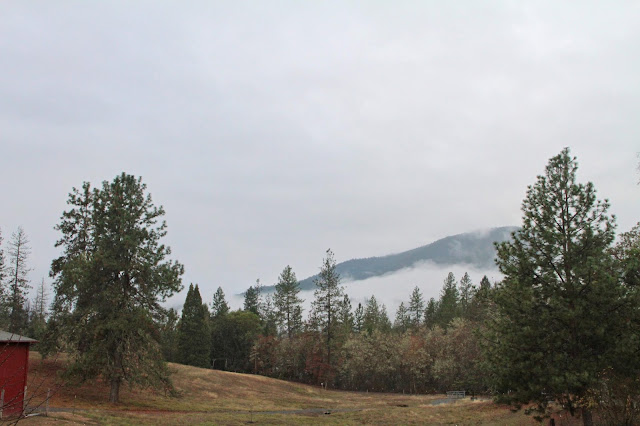 Picture of the Day ... shared on my FB page by pal Karen Sugar Bear.... 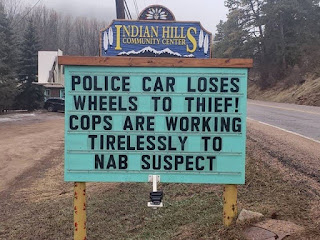 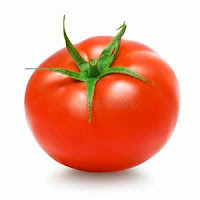 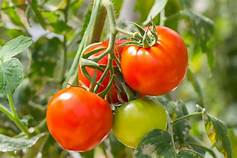 While the round fruit that we know and love in our salads is called a tomato today, in the past it was known by a different name: the love apple.

Opinions vary on how this moniker came to exist. We do know to thank the Aztecs for the tomato, both for the English name (which is derived from the Aztec word ‘tomatl’) and the food itself. One of the first historical references to tomatoes mentions the Aztecs serving them as a side dish.

In 1544, Italian herbalist Pietro Andrae Matthioli made the first reference to the tomato's presence in Europe when he wrote about ‘pomi d'oro’ (apples of gold); the first tomatoes in Europe may have been yellow. Matthioli classified them botanically with the mandrake plant, which could be poisonous, much like nightshade and belladonna. Despite its potential toxicity, mandrake was used in love potions, so the tomato, while feared by some as a poison, may have been revered by others as an aphrodisiac, or “love apple”.

While it's possible that tomatoes were called love apples because of their aphrodisiacal qualities, there’s one more theory to consider. Moors traveling back and forth from Spain, took tomatoes home to Morocco, where they called it ‘pomi dei mori’ (apple of the Moors). At some point after this, the French began referring to the tomato as ‘pomme d'amour’ (apple of love). Whether the name came from its relation to mandrake or was simply a transliteration, we may never know.

Regardless of the name, most people love a good tomato. 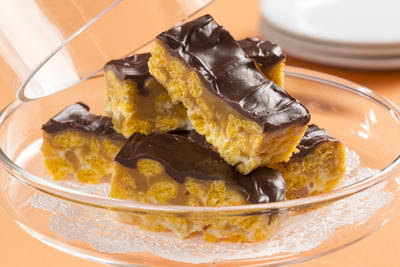 This recipe is a copycat version of a popular candy bar that's full of crispy, peanut buttery goodness. Our Whatdoyoucallem Bars deliver that same combination of ooey-gooey, chocolate, and peanut butter yumminess that you love, in a homemade form!

Historically this date......
1824 – United States presidential election, 1824: Since no candidate received a majority of the total electoral college votes in the election, the United States House of Representatives is given the task of deciding the winner in accordance with the Twelfth Amendment to the United States Constitution.

1969 – Vietnam War: The first draft lottery in the United States is held since World War II. 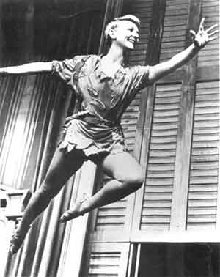 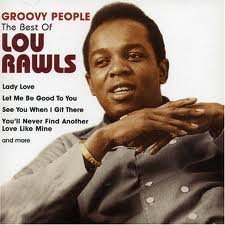 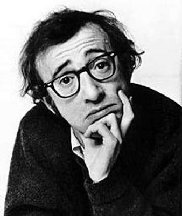 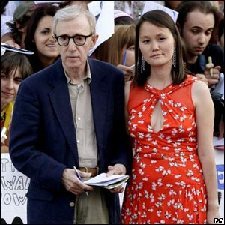 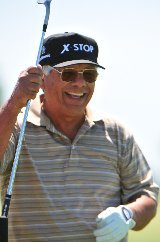 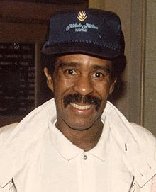 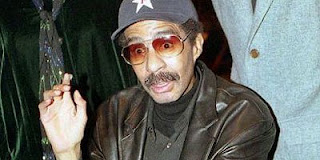 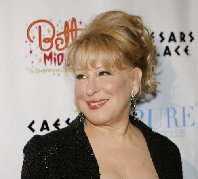 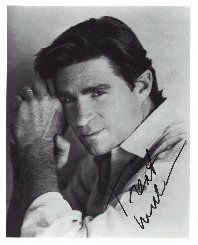 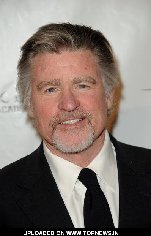 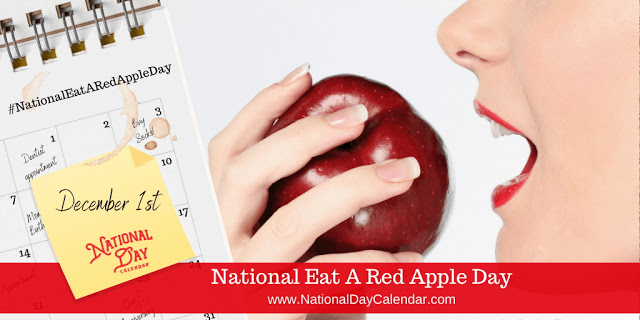 On December 1, National Eat a Red Apple Day encourages everyone to eat a red apple. As the adage goes, “an apple a day keeps the doctor away,” and today is a perfect time to put that theory to taste.
An apple is both delicious and nutritious. With over 7,500 varieties of apples and over 7.5% of the world’s production coming from the USA, apples are widely available.
When it comes to a difference in health benefits between red and green apples, it’s a close call. Both have their advantages. Green apples beat the red apple slightly in fiber content. They also have less sugar and carbohydrates. However, red apples tend to taste better eaten fresh. They’re already naturally sweet and don’t require added sugar. The red apple slightly edges out the green in antioxidants.
Most green apples are reserved for baking and preserves. Since most green apples are tart, the added sugar in recipes brings about a better flavor for eating.

Sink your teeth into a delicious and juicy red apple. This time of year, apples of all kinds are plentiful. Pick up several and give a few to friends to enjoy, too. They make great snacks with a slice of cheddar cheese or with a small cup of yogurt, too. Sprinkle them with a little cinnamon.
Posted by Oregon Sue at 7:20 AM No comments: