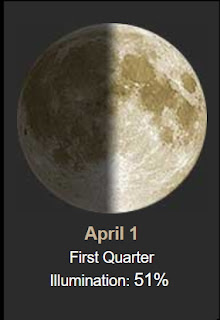 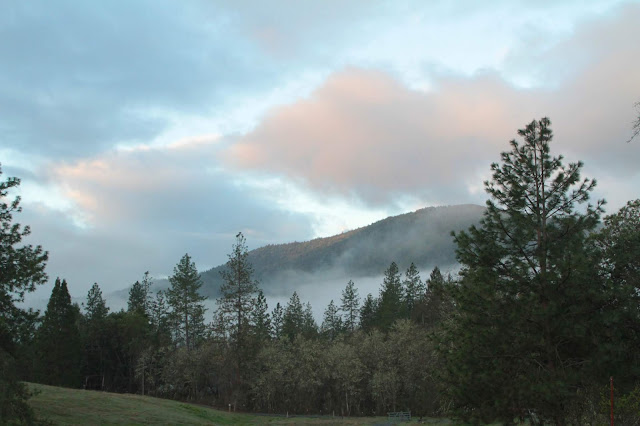 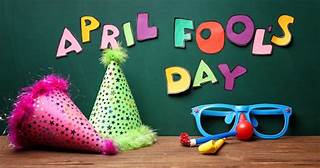 April Fools' Day or April Fool's Day (sometimes called All Fools' Day) is an annual celebration commemorated on April 1 by playing practical jokes and spreading hoaxes. The jokes and their victims are called April fools. People playing April Fool jokes often expose their prank by shouting "April fool(s)" at the unfortunate victim(s). Some newspapers, magazines and other published media report fake stories, which are usually explained the next day or below the news section in smaller letters. Although popular since the 19th century, the day is not a public holiday in every country. Little is known about the origins of this tradition.
Aside from April Fools' Day, the custom of setting aside a day for the playing of harmless pranks upon one's neighbor has historically been relatively common in the world.
Here are a number of April Fools pranks with photos...
https://www.boredpanda.com/funny-april-fools-pranks/?utm_source=bing&utm_medium=organic&utm_campaign=organic 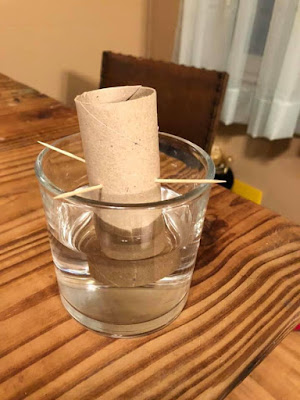 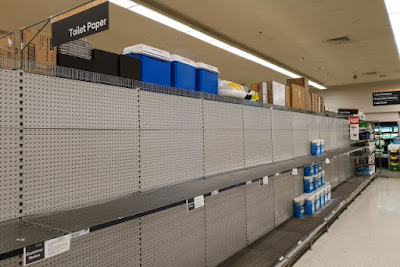 The first references of people using toilet paper dates back to the 6th century AD in the Chinese Imperial courts and amongst the other wealthy citizens of China.  This eventually spread throughout China and by the 14th century there was an annual manufacturing of around ten million packages of toilet paper in the Zhejiang province alone.
This however, did not catch on with the rest of the world for some time.  Indeed, a Muslim traveler to China in the 8th century noted “They (the Chinese) are not careful about cleanliness, and they do not wash themselves with water when they have done their necessities; but they only wipe themselves with paper.”
We would have to fast-forward all the way to the late 19th century before toilet paper would be introduced in America and England and it wasn’t until the 20th century that toilet paper would catch on with the masses.
This brings us to the question of the hour- what did people use for wiping before toilet paper?
What was popular depended greatly on region, personal preference, and wealth.  Rich people often used hemp, lace, or wool;  poor people, on the other hand, would often simply poop in rivers and clean off with water, rags, wood shavings, leaves, hay, rocks, sand, moss, sea weed, apple husks, seashells, ferns, and pretty much whatever else was at hand and cheap or free.

Fast-forwarding to more modern times, America’s favorite wiping item tended to be things like corn cobs and other such plant items, and, later, the pages of Sears and Roebucks, Farmers Almanac, and other catalogs.  The Farmers Almanac even came with a hole in it so it could be easily hung in bathrooms for just this purpose. Reading and wiping material in one.

In India and other middle eastern countries, the preferred method was, and in some cases still is, to wipe using nothing but your left hand and water and then, of course, wash your hand well afterward and don’t handle any food or the like with your left hand.
For seaman, the common thing was to use old frayed anchor cables, a bit of seawater for rinsing,  or other such things readily available.   The Inuit’s and other peoples living in frigid regions tended to go with clumps of snow to wipe with, which, other than the coldness factor, is actually one of the better options it seems compared to many other of the aforementioned methods.
Around 1857, Joseph Gayetty came up with the first commercially available toilet paper in the United States.  His paper “The greatest necessity of the age!  Gayetty’s medicated paper for the water-closet” was sold in packages of flat sheets that were moistened and soaked with aloe (about 130 years ahead of his time as it wasn’t until the 1990s that toilet paper companies started doing this again).  Gayetty’s toilet paper sold for about 50 cents a pack (about $14 today), with 500 sheets per package.  This wasn’t terribly popular, presumably because up to this point most people got their wiping materials for free from whatever was at hand and didn’t find anything weird or gross about the way they were doing things.
Around 1867, brothers Edward, Clarence, and Thomas Scott, who sold products from a push cart, started making and selling toilet paper as well.  They did a lot better than Gayetty, presumably because their original toilet paper wasn’t coated with aloe and moistened, thus was much cheaper. Whatever the case, their product was just rolls of somewhat soft paper (though including splinters as manufacturing wasn’t awesome at this point. Of note here on this, in 1935, Northern Tissue boasted a “splinter free” toilet tissue in an advertisement, which would seem to imply that it was still somewhat common for toilet tissue to have the occasional splinter before that.)
Things really picked up steam on the toilet paper front though thanks to indoor plumbing.  This was both because there was nothing really to grab in an indoor bathroom to wipe with, unlike outdoors where nature is at your disposal.  And, of course, the age old Farmers Almanac and similar such catalogs also were not well suited for this purpose as in indoor plumbing the thicker paper tended to clog up the pipes. 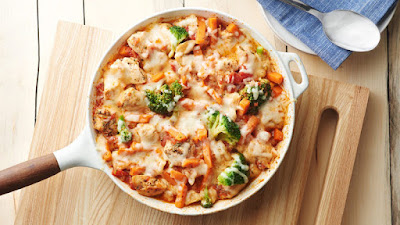 In 12-inch nonstick skillet, heat olive oil over medium-high heat. Add chicken, onion, salt, Italian seasoning and pepper. Cook 4 to 5 minutes, turning occasionally, until chicken is no longer pink in center and browned. Reduce heat to medium.
Stir in tomatoes and frozen vegetables. Cover and cook 15 to 20 minutes or until vegetables are tender and heated through.

Historically this date.....
1891 – The Wrigley Company is founded in Chicago, Illinois. 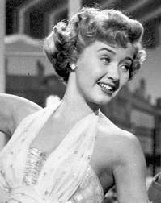 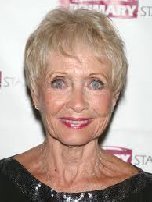 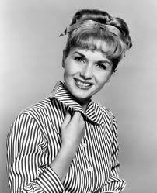 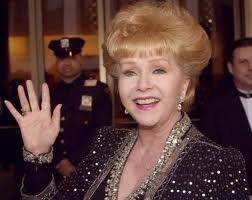 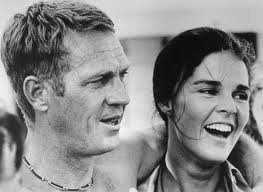 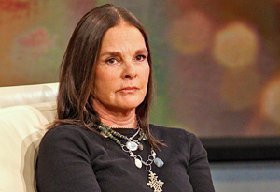 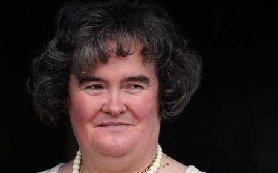 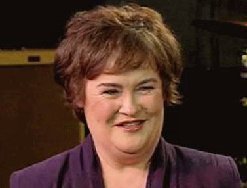 The rain yesterday was on and off and finally quit in the afternoon. 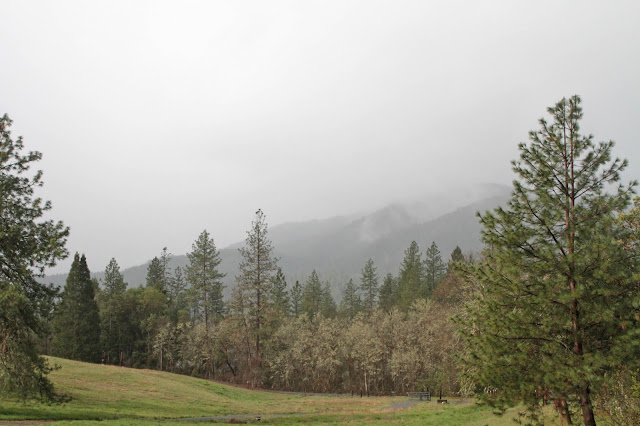 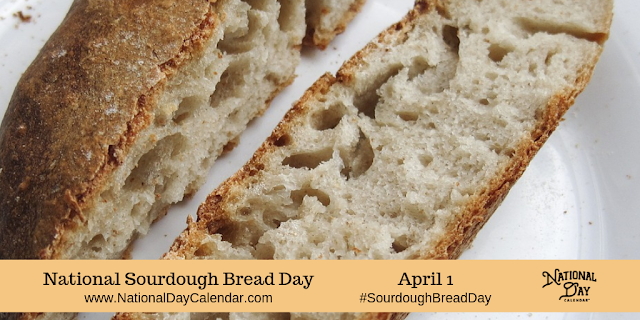 National Sourdough Bread Day on April 1st recognizes one of the world’s oldest leavened breads.
Sourdough is produced through the process of long fermentation of the dough using lactobacilli and yeasts. The use of naturally occurring yeasts and friendly bacteria versus cultivated yeast causes the bread to have a slightly sour, but pleasant taste.
Most likely the first form of leavening available to bakers, it is believed sourdough originated in Ancient Egyptian times around 1500 BC. During the European Middle Ages, it also remained the usual form of leavening.
As part of the California Gold Rush, sourdough was the principal bread made in Northern California and is still a part of the culture of San Francisco today. The bread was so common at that time the word “sourdough” became a nickname for the gold prospectors. In The Yukon and Alaska, a “sourdough” is also a nickname given to someone who has spent an entire winter north of the Arctic Circle. It refers to their tradition of protecting their sourdough during the coldest months by keeping it close to their body. The sourdough tradition was also carried into Alaska and western Canadian territories during the Klondike Gold Rush.
San Francisco sourdough is the most famous sourdough bread made in the United States today. In contrast to sourdough production in other areas of the country, the San Francisco variety has remained in continuous production since 1849, with some bakeries able to trace their starters back to California’s Gold Rush period. Many restaurant chains keep it as a menu staple. Sourdough bread is a great side to your soup, stew or toasted with your morning cereal.

Bake some homemade sourdough bread. Share a recipe or order some from your favorite bakery. Celebrate by tagging them and letting them know how much you appreciate them. We also have a recipe for you to enjoy.
San Francisco Sourdough Bread recipe.