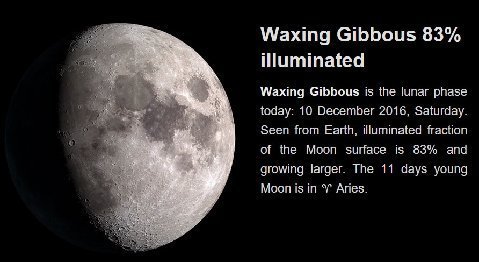 Good 45º rainy morning. Started raining in the night and we got 1"! The creek is full and running fast!
Yesterday was the funeral of an active local guy, Chuck Spark. He served in the US Navy. He was our Rogue River VFW Post's Vice Commander and Adjutant. He became a volunteer at the local fire department and then joined as a full time fireman and became a lieutenant. Then he became Fire Chief in Gold Hill. 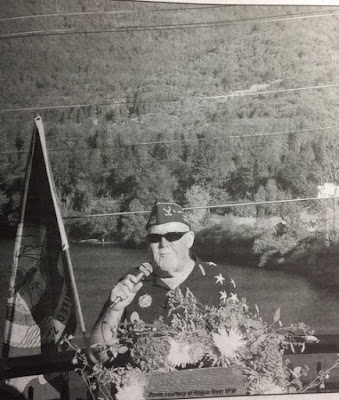 Mike Hannan was a good friend of his and I met up with Mike and Jennifer and we joined the funeral escort from Rogue River to the National Cemetery in Eagle Point. Two fire engines, one from Rogue River, and one from Evans Valley led the escort, behind them cars with family members, and then Old Guard bikers and Veteran bikers and a line of cars. 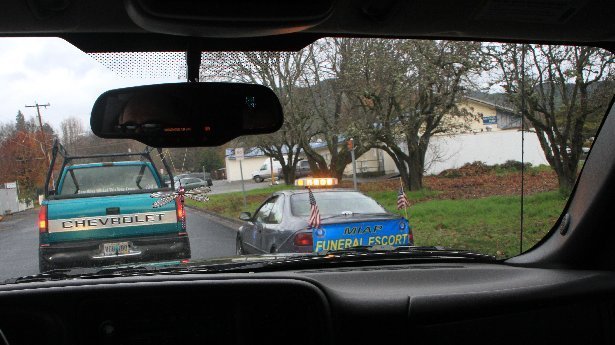 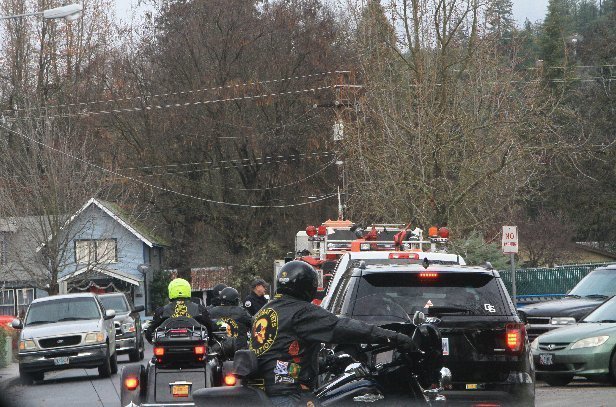 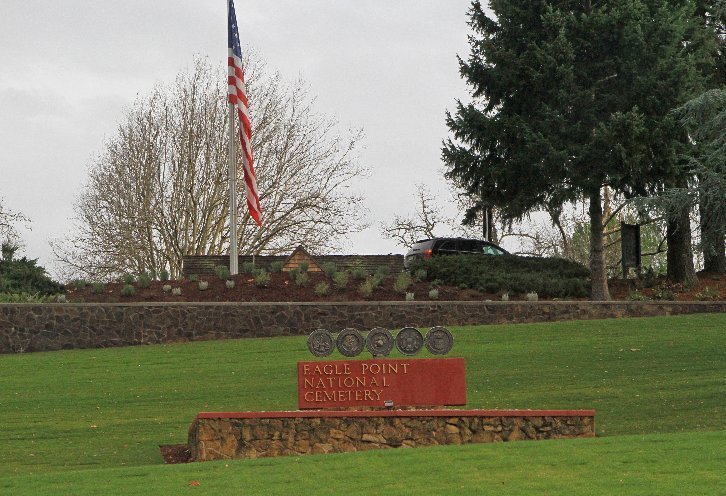 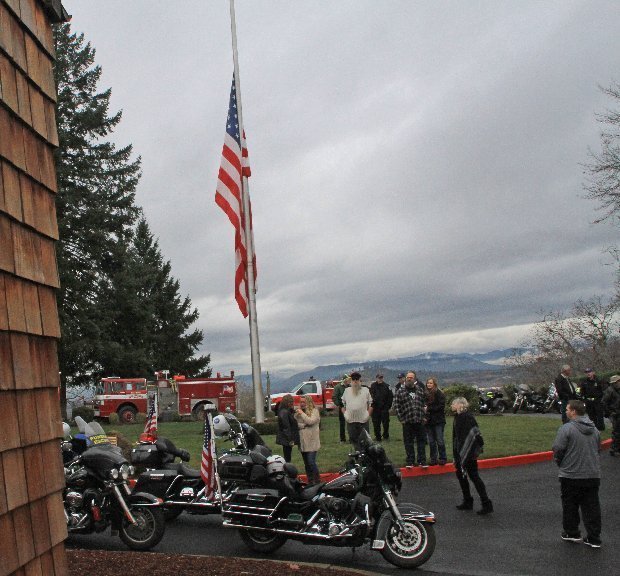 Chuck had a lot of loving family and friends. Many of them spoke at the service, Mike being one. 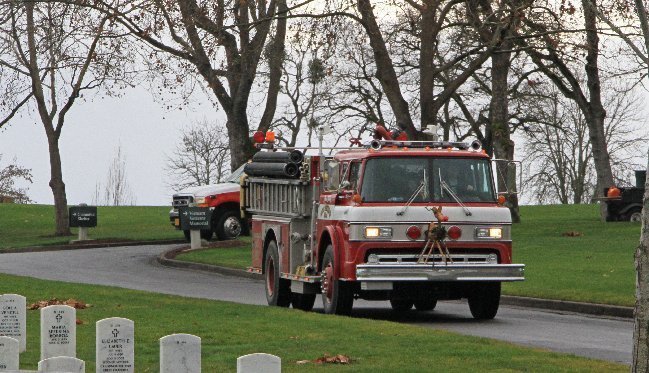 After the service we found Jerry's grave in the Memorial Wall. I had not been there since I took his ashes for burial and had not seen the engraving. 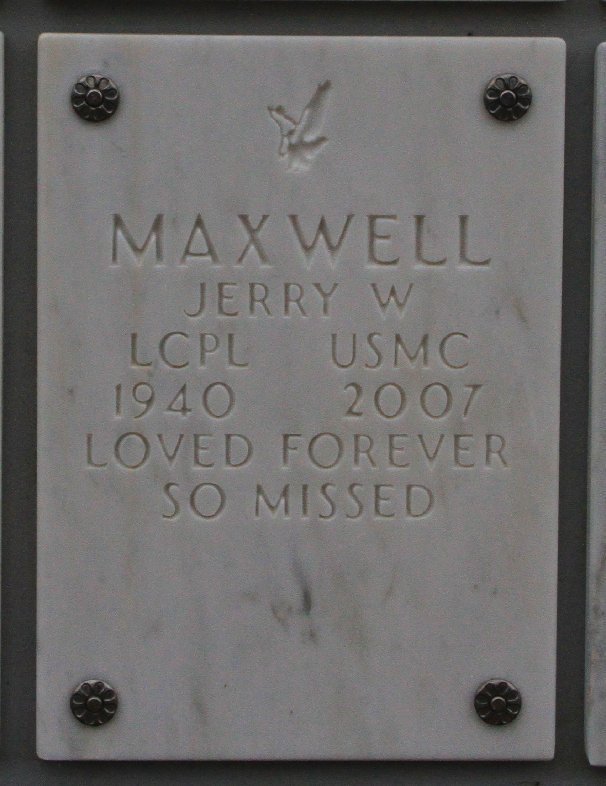 Jerry is not there, he's in my heart and he's with me all the time. 💗

Then we found Mike's father's grave.... 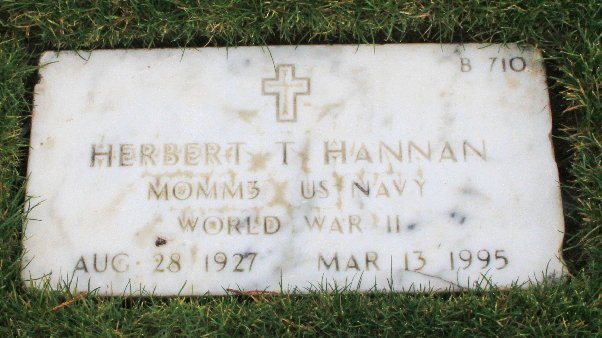 Today when I sat down at the computer I saw where Bob had posted on FB that his Micol had passed away yesterday afternoon. She had kidney cancer and had one removed but was still struggling with more cancer throughout her body. RIP Micol. You are missed and loved. 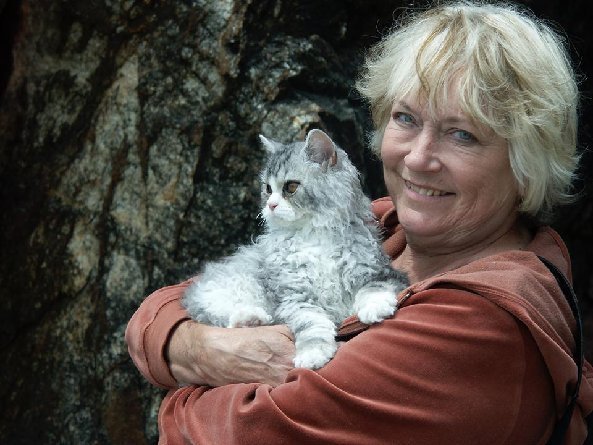 We always had a fun time with Bob and Micol... here we are l-r Bob, me, Nancy, Jennifer, Micol, and Mike. 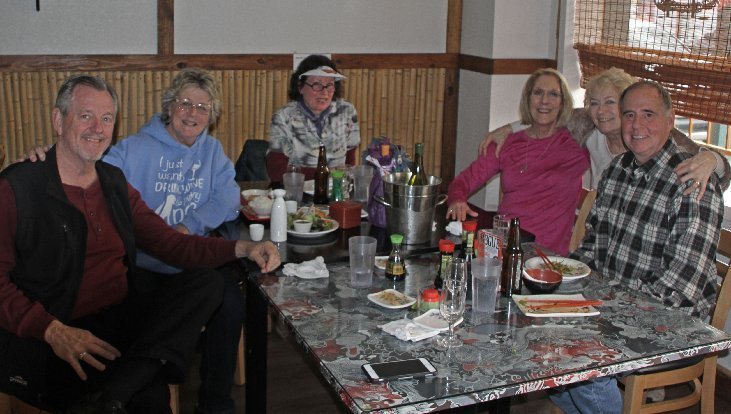 Here is a picture Bob posted a while back, when Micol was young and she looked like a movie star! 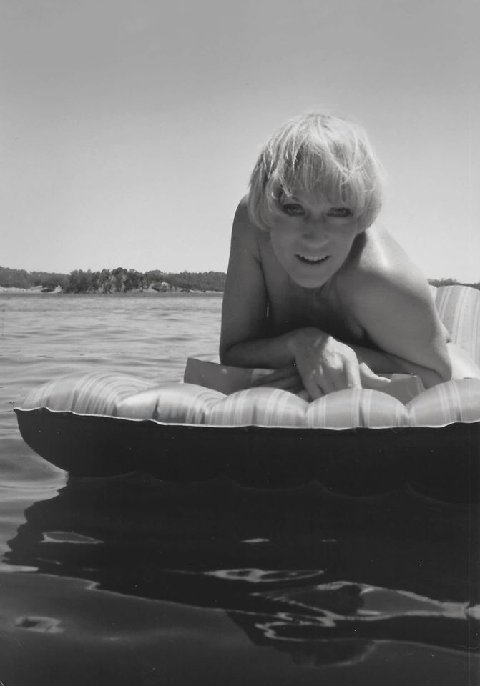 She and Bob always loved riding their scoots... 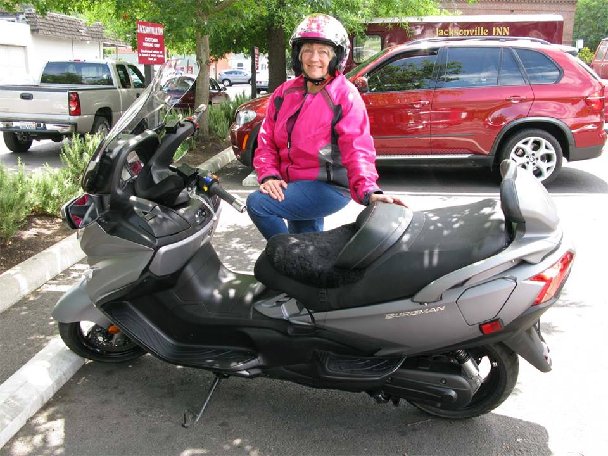 Sending love and hugs to you Bob, for your loss. ❤❤

Historically and famous people's birthdays... go here:
http://oregonsue.blogspot.com/2013/12/dogs-vs-cats-bruiser-tucker-snowman.html
You can read all that stuff and see the snow we had 3 years ago this date.

All I know. Nuff said. It's Saturday. Ciao.
xo Sue Mom Bobo
December 10th
Human Rights Day,
created by the United Nations, promotes awareness of the importance of Human Rights issues around the world. On this date in 1948, the UN General Assembly adopted the Universal Declaration of Human Rights. Each year, the United Nations, establishes a new theme for the year. In 2006, the theme is fighting poverty.
Human rights is something we easily take for granted in the United States. Elsewhere, freedom and basic human rights are not a given.
Participate in this day by learning more about human rights issues around the globe. Offer your time and money in support of a human rights issue that is important to you.


The United Nations General Assembly created the first Human Rights Day on December 10, 1948. Since then, it day has been promoted annually by the UN, and by Human Rights groups around the world.
Posted by Oregon Sue at 10:27 AM No comments:

Blog Will Be Late Today

Check back later. A lot of stuff going on and will get to the blog soon. xo
Posted by Oregon Sue at 8:39 AM No comments: