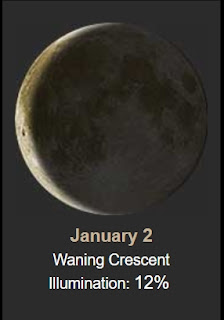 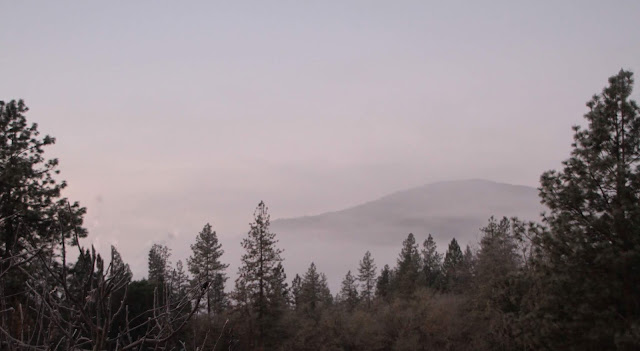 My pastures are frozen ..... and the contrails are colorful! 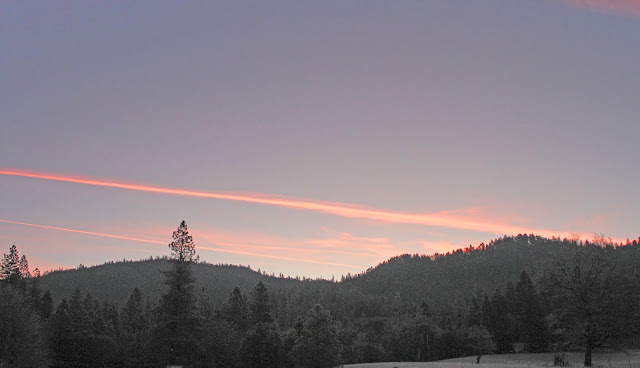 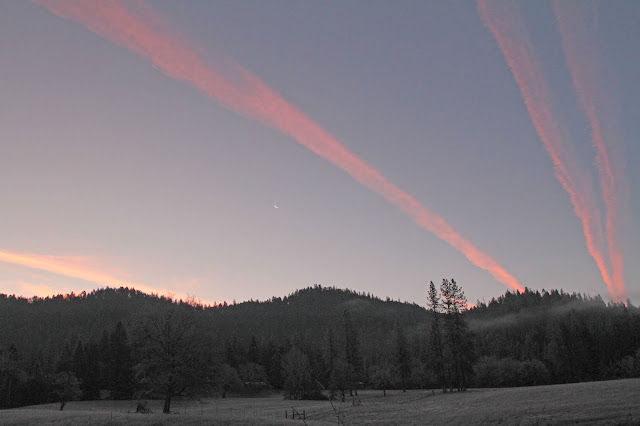 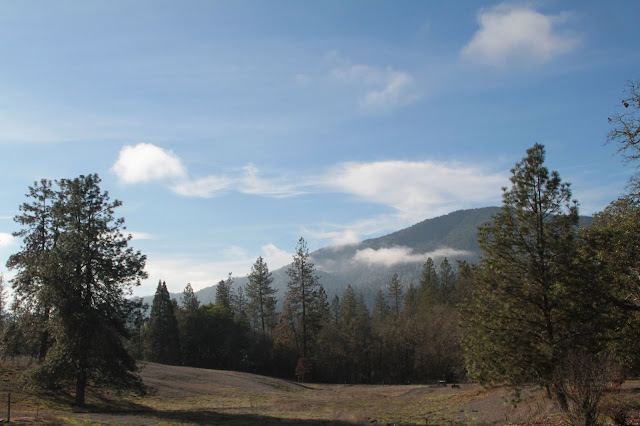 and we warmed to 45º.  It was 45º in Pasadena for the Rose Parade. That is COLD for that area!
Yesterday morning I found a channel (RFDTV) and it showed the Rose Parade without any interruptions for commercials. Kristen said when Jack's Pasadena City College band was going by, her local NBC channel went to commercial and she couldn't see the band! Here our local NBC channel had one commercial after another and sooooooooooo irritating. Check out this site...
https://www.rfdtv.com/link/649370/find-us-in-your-area
Put in your zip and TV connection and they will tell you what channel it's on. Here with my DirecTV it's on channel 345. This channel is awesome!
Here are some photos of the PCC Band I took off the TV ... and Jack (taken by his dad) 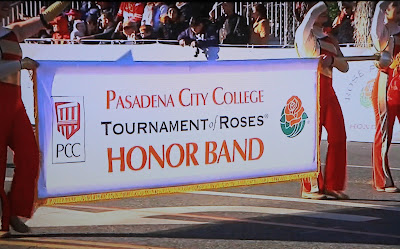 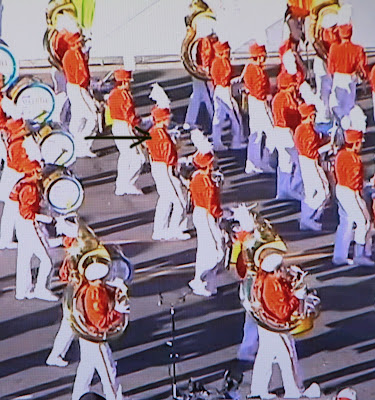 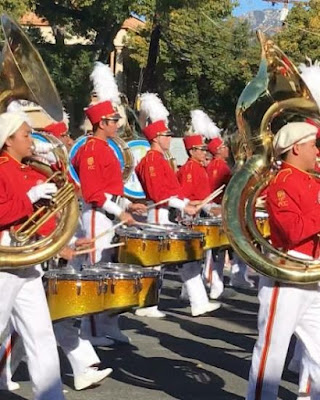 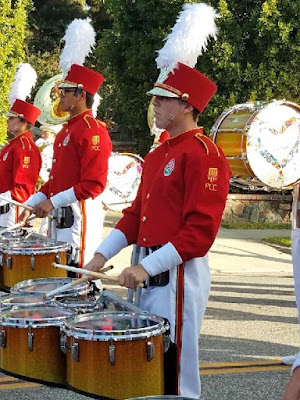 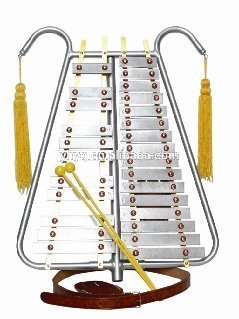 and marching the 5½ miles from Orange Grove to Colorado Blvd to Sierra Madre Blvd behind the Sheriff's Mounted and walking through all that horse poo!

I then "worked" the parade as a Reserve Deputy for a number of years.

We had to be at the command post by 3am for instructions and then we took our positions. Generally I was at the intersection of Orange Grove and Colorado (where the TV cameras were) and one year I escorted Sheriff Sherman Block to his seat in the grandstand on Orange Grove. Another year a bunch of demonstrators sat down in front of the Rose Queen's float and we had to "escort" them off the route behind the stands for questioning. My nephew was watching the parade on TV from Lake Tahoe and called my sister screaming, "Aunt Sue is on the TV!!!". Another year I worked on Sierra Madre Boulevard at the end of the Rose Parade route, keeping an intersection clear for emergency vehicles. A man who seemed to be 12' tall put his chair down in the wrong place. I, in my nicest way, told him he can't sit there. He stood up, my face was opposite his belt buckle (TALL MAN!) and he was acting irritated. I kept talking to him and he seemed to relax and back up. I thought I was really doing good! Then, I glanced over my shoulder and there was a Sgt and 4 deputies!! LOL. Yep, backup is the BEST! Anyway, good memories of the parade!
From Mr. Food... 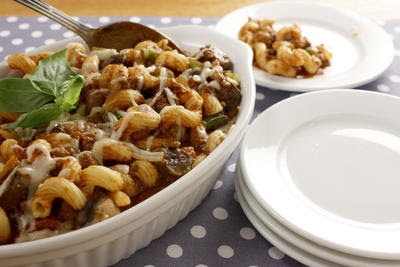 Classic dishes never go out of style, and this easy recipe for Hungarian goulash will be one of your favorites. Watch them clean their plates once you set this classic goulash on the table. Goulash is one of those old-world dishes that never fails to please, and now you can learn how to make old fashioned goulash in just a few simple steps. With savory seasonings and hearty stick-to-your-ribs appeal, this Classic Goulash is a perfect meal to satisfy a hungry gang!
Preheat oven to 375º.

In a large skillet, heat oil over medium-high heat. Add ground beef, bell pepper, onion, and mushrooms, and cook 6 to 8 minutes, stirring to crumble the beef, until no pink remains; drain excess liquid.

Remove casserole from oven, uncover, and top with mozzarella cheese. Bake uncovered for 5 to 7 minutes, or until heated through and cheese is melted. 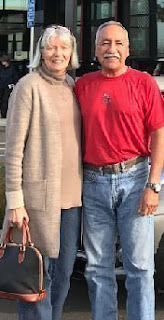 1974 – President Richard Nixon signs a bill lowering the maximum U.S. speed limit to 55 MPH in order to conserve gasoline during an OPEC embargo 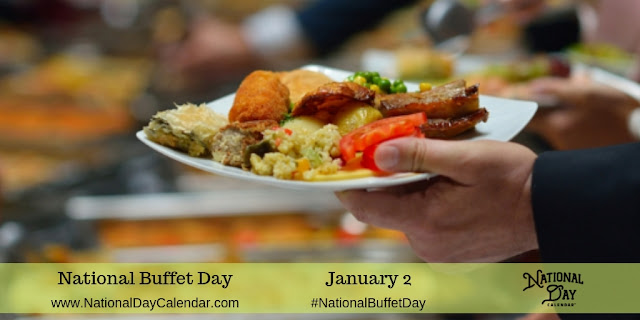 National Buffet Day is observed annually on January 2.  Buffets are a popular choice for many when choosing a destination for eating out.
Buffets are a system of serving meals, where food is placed in a public area to be easily viewed and selected, by people serving themselves. Buffets are useful for feeding large groups of individuals at one time and are offered at a variety of places including hotels, restaurants and conventions.
Originating during the middle of the 16th century, the buffet table comes from the Brannvinsbord – Swedish schnapps (shot of alcoholic beverage) table.  The prime of this custom was during the early 18th century and was developed into the more modern buffet around the beginning of the 19th century.  It was during the expansion of the railroads throughout Europe that the smorgasbord buffet increased in popularity.

In 1939 at the New York World’s Fair exhibition, the Swedes used a smorgasbord to showcase the best of the Swedish food to the large number of visitors attending the fair.  It was in the second half of the 20th century after the Swedes had popularized the smorgasbord in New York, where the word buffet became popular in the English-speaking world.