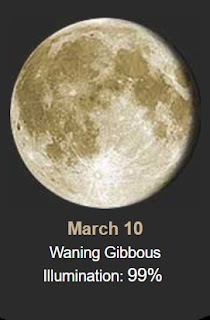 Yesterday I was frustrated because my electric gate quit working. I am sure it's a dead battery. I called the company that installed the gate and they can't get a fix-it guy out here until tomorrow! Sheeesh! So, I'll have to open and close it by hand. Joy. So, I have to drive down there and get it open for the Schwans delivery today!

Picture of the Day .... In the Ukraine the traffic light poles also light up.... 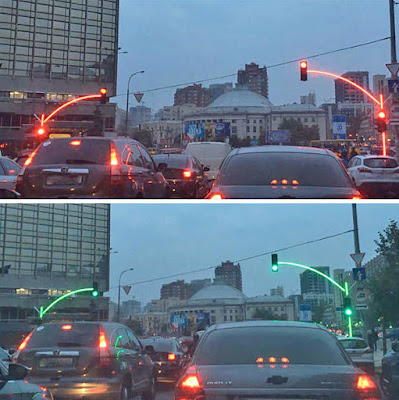 Interesting about Ravens and Crows....... 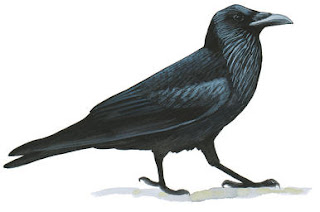 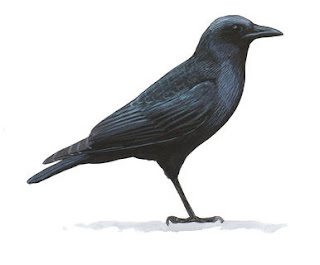 A raven is one of several larger-bodied species of the genus Corvus. These species do not form a single group within the genus.
There is no consistent distinction between "crows" and "ravens", and these appellations have been assigned to different species chiefly on the basis of their size, crows generally being smaller than ravens. 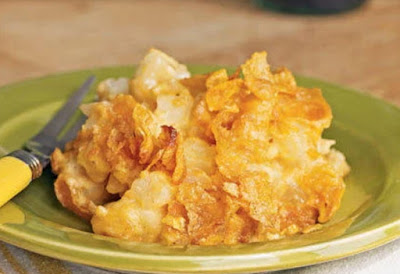 
1933 – An earthquake in Long Beach, California kills 115 people and causes an estimated $40 million dollars in damage. 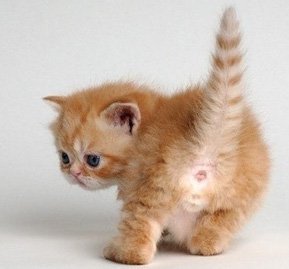 And births this date include...
1940 – Chuck Norris, American actor and martial artist 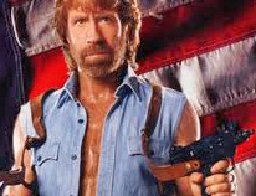 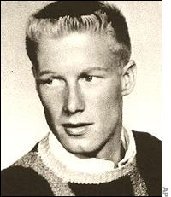 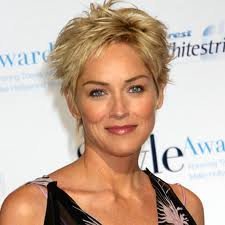 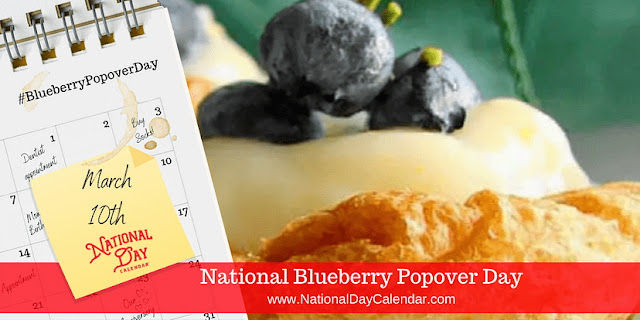 What better way to start March 10th than with National Blueberry Popover Day? Popovers are airy rolls that puff up when baked, popping over the edge of the tin. They are light and crispy on the outside while the insides are warm and often hollow. They can be filled with custards, creams, and fruits for a sweet treat, especially blueberries.
Popovers are similar to Yorkshire pudding and can also be served with savory combinations.
Most popover recipes are made using mostly eggs, milk, flour and salt.  When making popovers, using eggs and milk that are at room temperature produces the best result. The resulting batter is thin but has enough air it that when it bakes the steam expands the batter, causing it to puff up and pop over the tin.  The egg proteins help the pastry hold its shape and eventually the crust turns flaky and golden.
** 1850 – The oldest known reference to popovers in a letter of E.E. Stuart.
** 1876 – The first cookbook with a popover recipe was Practical Cooking by M.N. Henderson.

Make your home smell amazing with these homemade blueberry popovers: Toasted Coconut and Blueberry Popovers.  Another option is to visit your favorite bakery and surprise a friend or neighbor. Don’t forget to let them know what day it is and give your baker a shout out, too! Those are two great ways to celebrate.
Posted by Oregon Sue at 7:20 AM No comments: