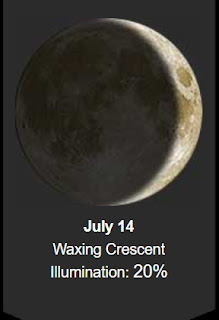 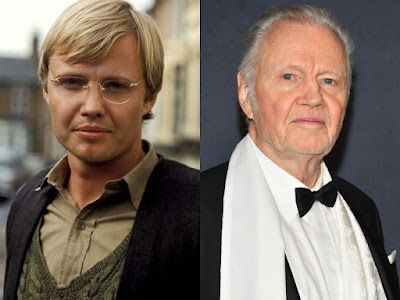 Jon Voight, AKA Angelina Jolie’s father, just won’t quit the acting game, and we’re thankful for that. He’s been playing Mickey in the Ray Donovan series since 2013, and he’s set to star in the film Roe v. Wade in 2021!
Interesting about the Baltimore Orioles baseball team .... 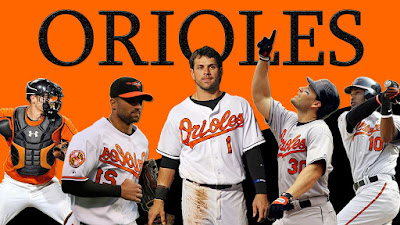 Baltimore Orioles Team History
Team Names: Baltimore Orioles, St. Louis Browns, Milwaukee Brewers
Seasons: 121 (1901 to 2021)
Record: 8821-9824, .473 W-L%
Playoff Appearances: 14
Pennants: 7
World Championships: 3
Winningest Manager: Earl Weaver, 1480-1060, .583 W-L%
The Orioles’ franchise began in 1894 as the Milwaukee Brewers. Since 1954 they’ve been the Baltimore Orioles. The play in the American League East and their home park in Camden Yards in Baltimore, Maryland.
The franchise’s Milwaukee phase was brief and unsuccessful, and in 1902 they moved to St. Louis where they became the Browns. They were pretty lousy during their 51 years in St. Louis, with the exception being a period in the early twenties, in which their George Sisler/Ken Williams led team was highly competitive but never quite good enough. In 1944 they won an American League pennant thanks to World War II having diluted baseball of much of its talent.
Their time in St. Louis wasn’t a complete failure, however. They were a popular draw, often beating their much-better inner city rivals the St Louis Cardinals at the gate. Then there was Bill Veeck’s entertaining two year ownership of the club between 1951 and 1953, which included an at-bat by midget pinch hitter Eddie Gaedel and a controversial move to Baltimore after the 1953 season.
Veeck was actually pushed out as owner by the time the team reached Baltimore. And to further cut ties to the past, in 1954 the Orioles orchestrated a seventeen player trade with the Yankees that shed them of just about everyone who had ever played in St. Louis.
The Orioles struggled throughout the fifties, but emerged as a winner in the sixties. The finally broke through in 1966, behind a Triple Crown from Frank Robinson, and ended up sweeping Sandy Koufax, Don Drysdale and the Brooklyn Dodgers to win their franchise’s first World Series.
The Orioles adopted their team name in honor of the official state bird of Maryland; it had been used previously by several baseball clubs in the city, including another AL charter member franchise also named the "Baltimore Orioles", which moved north to New York in 1903 to eventually become the Yankees. Nicknames for the team include the "O's" and the "Birds". 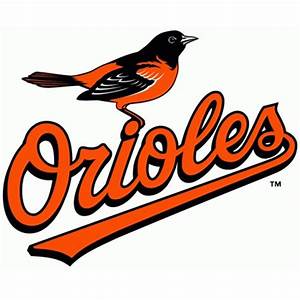 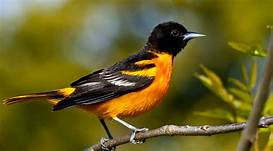 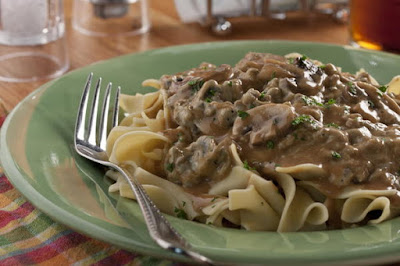 Transport your taste buds to an Amish country farm with our easy skillet Farmstyle Hamburger Stroganoff. Off the shelf ingredients will help you bring this comforting meal to the table in no time flat.

Transport your taste buds to an Amish country farm with our easy skillet Farmstyle Hamburger Stroganoff. Off the shelf ingredients will help you bring this comforting meal to the table in no time flat.
Historically this date....
1881 – Billy the Kid is shot and killed by Pat Garrett outside Fort Sumner.

2003 – In an effort to discredit U.S. Ambassador Joseph C. Wilson, who had written an article critical of the 2003 invasion of Iraq, Washington Post columnist Robert Novak reveals that Wilson's wife Valerie Plame is a CIA "operative". 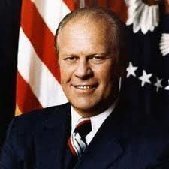 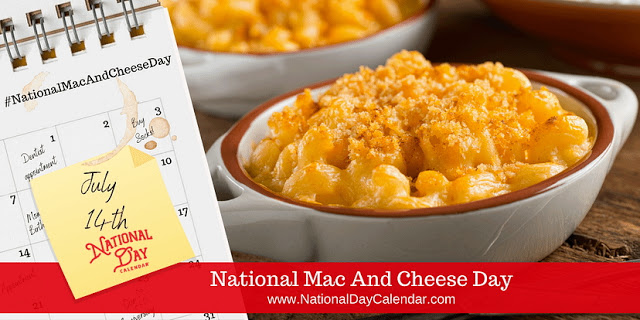 One of the classic comfort foods earns a place of honor on July 14th. It is National Mac and Cheese Day!
Made with macaroni noodles, cream or milk, and the golden goodness of cheese, mac and cheese shines as a side dish while also standing on its own as a main dish. This meal reminds many of us of home while also teaching us the basics of the kitchen. What other recipes allow us to create so flamboyantly and often with so little knowledge about cooking?
From the classic mac and cheese with cheddar or American cheeses to the spicy cowboy mac with bacon and jalapenos, there’s a combination for everyone. Mix up the cheeses or load up on seasonings. It’s easy to get a toasty crust by setting the broiler for a couple of minutes at the end of the cooking time.
Mac and cheese offers a multitude of ways to enjoy it, too. As a soup, it warms us up after a long day. Stuff it inside a meatloaf or a burger for a meal made for a hungry, busy family. Roll up bite-sized bits in bread crumbs and deep fry for mouthwatering appetizers. Put your favorite mac and cheese between two slices of crusty bread. Then put into a panini press for some grilled yumminess. Whether we like it mild or spicy, mac and cheese has us covered.
Besides being simple to make, mac and cheese enables us to experiment with other flavors we enjoy. We break into our kitchen skills with mac and cheese, and it makes us look good. Sometimes the can opener doesn’t do that. On July 14th, celebrate mac and cheese not only because we love to eat it, but because it taught us we can cook, too.

Enjoy some mac and cheese! Experiment with different cheeses or try it with toppings. Don’t hesitate to break out of your normal routine. This is no time to be ho-hum. It’s a celebration of a food that’s not only convenient but is versatile and delicious, too.
Posted by Oregon Sue at 6:45 AM No comments: