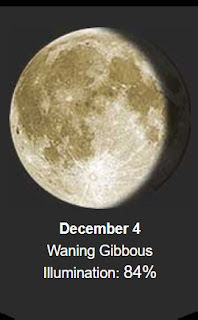 Good 27º everything is frozen morning.
Yesterday we had clouds and after this the clouds got really dark... by then we had warmed to 40º. The clouds stayed all day. We topped at 54º. 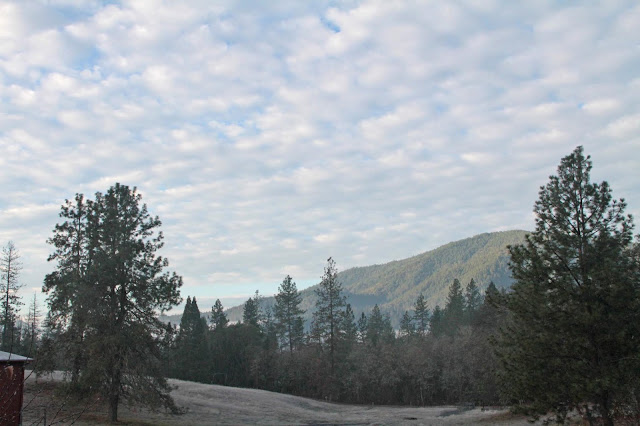 In Grants Pass, via their downtown cam, they had super fog..... 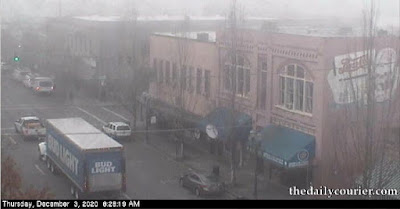 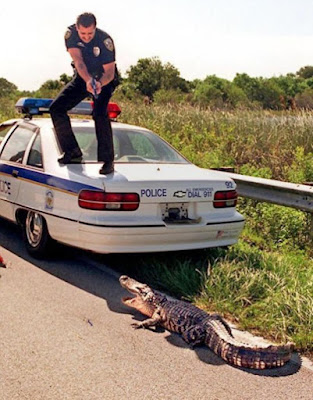 Interesting about the youngest to get a college degree.... 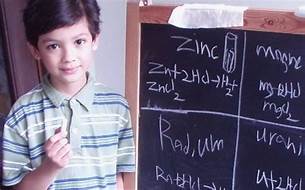 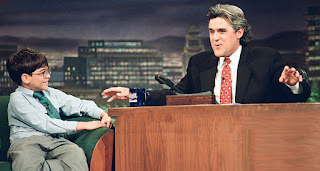 Michael Kevin Kearney (born January 18, 1984) is known for setting several world records related to graduating at a young age, as well as teaching college while still a teenager. Additionally, as a game-show contestant, he has won over one million dollars.

Michael was home schooled by his mother and father, especially his mother, a Japanese American. He was diagnosed with ADHD, but his parents declined to use the offered prescription of Ritalin. His younger sister, Maeghan, is also a child prodigy and graduated from college at age sixteen. According to psychology professor Huey H Miller III, Kearney was helped to adjust well to his surroundings by his parent's determination, and the take-on-the-world attitude they passed down to him. As of 2006, Kearney's parents live in Alaska.

Kearney spoke his first words at four months. At the age of six months, he said to his pediatrician, "I have a left ear infection", and he learned to read at the age of ten months. When Michael was four, he was given multiple-choice diagnostic tests for the Johns Hopkins precocious math program; without having studied specifically for the exam, Michael achieved a perfect score.

Kearney attended San Marin High School in Novato, California, for one year, graduating at the age of six in 1990. In 1994, Kearney and his parents were on The Tonight Show.

He enrolled at Santa Rosa Junior College in Sonoma County, California, and graduated from high school at age 6, then studied at Santa Rosa Junior College, where he obtained an Associate of Science in Geology graduating at age 10. In 1993, his family moved to Alabama, Circa 1996, he was interviewed by Meredith Vieira on Turning Point (ABC News). As of 2019, Kearney remained the youngest person to have a high school diploma and undergraduate degrees.

Kearney graduated from Middle Tennessee State University with a master's degree in biochemistry at the age of fourteen. His 118-page thesis was entitled "Kinetic Isotope Effects of Thymidine Phosphorylase"; the research focused on the kinetics of a glycosyltransferase involved in nucleotide synthesis. At the time, Kearney was the world's youngest postgraduate (the master's degree record was since broken in 1999 by Tathagat Avatar Tulsi).

In 1996, the family moved to Murfreesboro, Tennessee, and Kearney attended Vanderbilt University, taking classes and, by age sixteen, teaching as well (he was not yet legally able to drive). Kearney received his second master's degree, this one from Vanderbilt University, at age seventeen or eighteen, in computer science. Kearney received his doctorate in chemistry at age 22, having returned to Middle Tennessee State University as a teaching assistant (also in chemistry).

When young, Kearney attempted a career as a game-show host; he and his parents moved to Hollywood, to shoot a pilot episode, but the proposed game-show was not picked up.

In October 2006, Kearney became a finalist on the trivia-and-puzzle game Gold Rush, winning $100,000. In November 2006, in front of a national audience on Entertainment Tonight, he went on to win the grand prize of an additional $1 million. 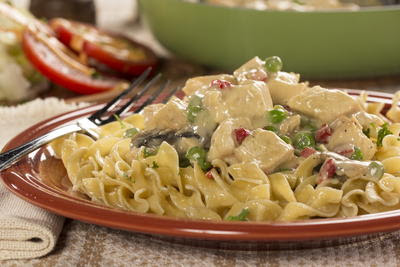 Fancy-shmancy just got easy-"pea"sy with our recipe for Chicken a la King in a Hurry! This comforting dinner recipe is said to have been created for a King, who loved it so much he put it on his hotel menu the very next day. Now your whole gang can enjoy having it on their menu! 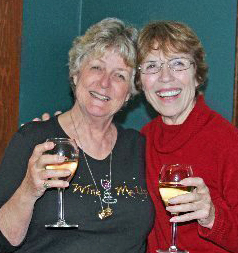 Linda's husband Andy and my Jerry were in the Marines together. Linda has gone with me a number of times to the LASD reunion in Laughlin. She and Andy both belong to car clubs and have several neat old cars! Linda is busy as she volunteers at the Senior Center in Woodland, CA and also drives the vets to their doctor appointments. 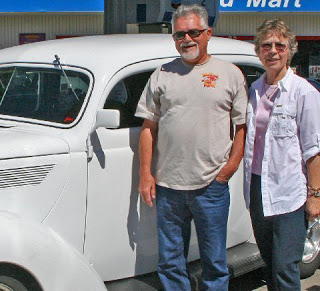 Historically this date......
1881 – The first edition of the Los Angeles Times is published.

1918 – U.S. President Woodrow Wilson sails for the World War I peace talks in Versailles, becoming the first US president to travel to Europe while in office.
1954 – The first Burger King is opened in Miami, Florida, United States

1991 – Journalist Terry A. Anderson is released after 7 years in captivity as a hostage in Beirut. He is the last and longest-held American hostage in Lebanon. 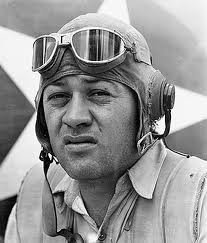 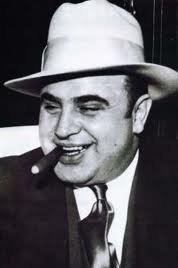 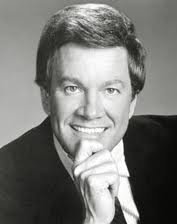 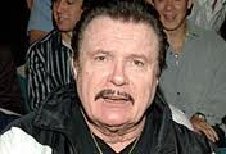 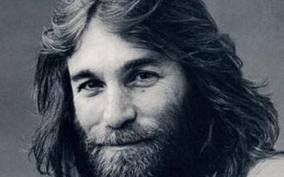 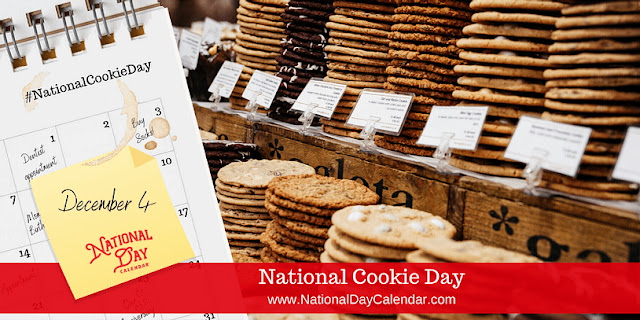 National Cookie Day on December 4th serves up a sweet treat. Bakers across the country warm up the ovens for holiday baking, and we enjoy giving tins of cookies to friends and family all season long.
We can thank the Dutch for more than windmills and tulips. The English word “cookie” is derived from the Dutch word koekie, meaning “little cake.”
Hard cookie-like wafers have existed for as long as baking has been documented. Not surprisingly, they traveled well, too. However, they were usually not sweet enough to be considered cookies by modern-day standards.

The origin of the cookie appears to begin in Persia in the 7th century, soon after the use of sugar became common in the region. They then spread to Europe through the Muslim conquest of Spain. Cookies were common at all levels of society throughout Europe by the 14th century, from the royal cuisine to the street vendors.

In most English-speaking countries outside of North America, the most common word for cookie is “biscuit.”  In some regions, both terms, cookies, and biscuits are used.

Cookies are classified into different categories, with the most common ones being:

Pick up some cookies at your local bakery. Remember to share some of your cookies with your family and friends! A great way to get started is by making a list of your favorite cookies to bake and enjoy. Then organize your baking tools and start your assembly line.

Then in 1987, Matt Nader of the Blue Chip Cookie Company out of San Francisco created Cookie Day, celebrating it on December 4th.