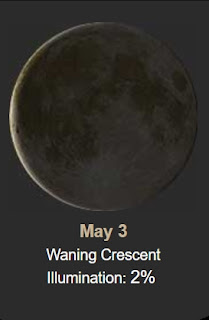 Good 32º clear sunny morning.
Yesterday we didn't warm up fast. Early afternoon still in the high 60ºs.
Picture of the Day..... a Secretarybird 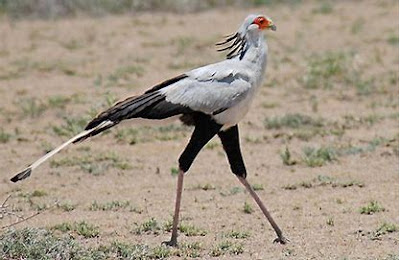 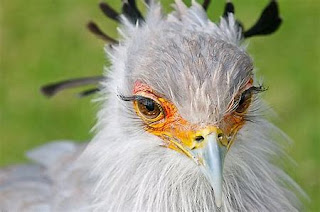 The secretarybird or secretary bird (Sagittarius serpentarius) is a very large, mostly terrestrial bird of prey. Endemic to Africa, it is usually found in the open grasslands and savannah of the sub-Saharan region. Although a member of the order Accipitriformes, which also includes many other diurnal raptors such as kites, hawks, vultures, and harriers, it is given its own family, Sagittariidae. It appears on the coats of arms of Sudan and South Africa.
Interesting about the Empire State Building..... 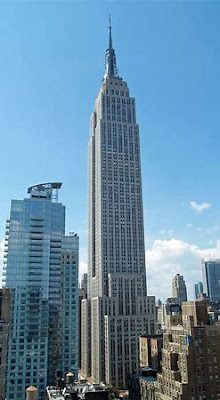 The Empire State Building Went Up in 13 Months
At 102 stories tall, the Empire State Building was meant to rival two other prominent skyscrapers being built at the time: the Chrysler Building and 40 Wall Street. While its height was certainly awe-inspiring, perhaps even more amazing was the fact that John Jakob Raskob's crew built the entire building in just over a year. At their peak, construction crews were completing 4.5 stories a week. The project completed way ahead of schedule and under-budget.
During World War II, the Building Was Hit by a Bomber. On a foggy day in July 1945, a Mitchell B-25 bomber was traveling to New York City from Massachusetts. The accounts differ, but it is believed the plane was denied landing permission at the airport and advised to turn away from the city because of the weather. The pilot, William Franklin Smith, Jr., ended up crashing into the skyscraper, and the accident killed 14 people. 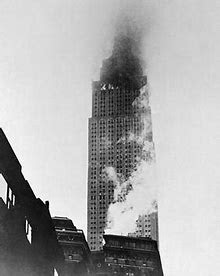 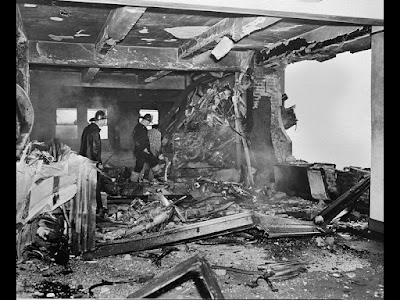 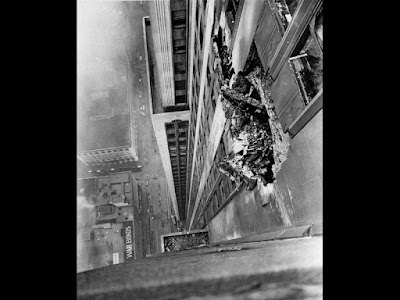 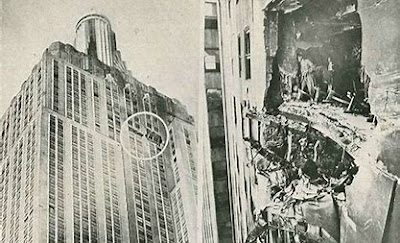 When the bomber crashed into the building in 1945, pieces of the plane’s engine went into several of the 73 elevator shafts, severing the cables in two of the cars. Unfortunately, Betty Lou Oliver, one of the elevator operators, age 19, was inside one of them on the 75th floor when it happened, and the elevator fell all the way to the sub-basement. Fortunately, over 1,000 feet of the severed cable had landed at the elevator shaft bottom in advance, which cushioned the landing, and although she was seriously injured, Oliver survived.
If you've ever been to the top of the Empire State Building, you know there is security and fencing up everywhere. And for good reason: In 1986, two daredevils successfully hid parachutes from security and launched themselves from the top of the building. Both survived and were arrested. Fourteen years later, another man followed suit and jumped from the observation deck. He managed to evade capture and later successfully jumped from the Chrysler Building, too. He was finally caught while attempting a jump from the World Trade Center.
The building stands 1,454 feet tall, including its antenna. Its name is derived from "Empire State", the nickname of New York. As of 2019, the building is the 5th-tallest completed skyscraper in the United States and the 28th-tallest building in the world. The Empire State Building stood as the world's tallest building for nearly 40 years until the completion of the 110-story North Tower of the original World Trade Center was completed.
I took these pictures from the top of the building when I was there in 2008..... LOVE the pigeons! 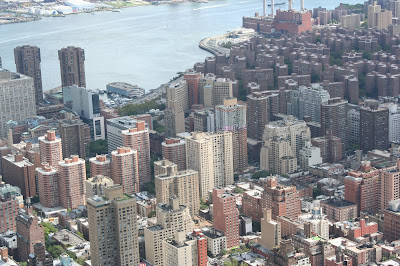 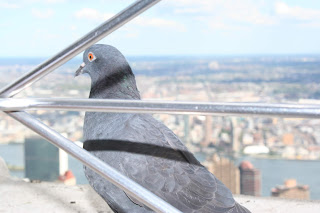 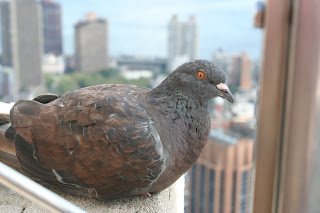 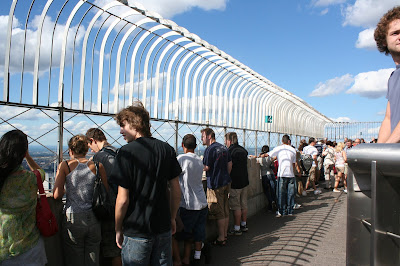 From Mr. Food.....
You don't have to be a horse fan, or even be from Kentucky, to enjoy this Kentucky-famous Derby Chocolate Pie. This chocolate pecan pie is perfect from the first bite, till the one in which you're scraping the edges of the pie plate. 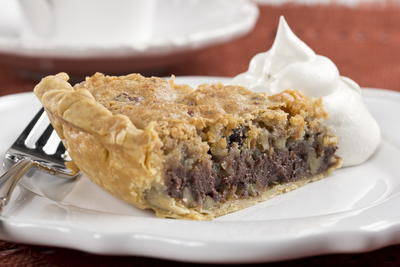 BTW, the Kentucky Derby is this Saturday!
Historically this date........
1802 – Washington, D.C. is incorporated as a city
1901 – The Great Fire of 1901 begins in Jacksonville, Florida
1921 – Ireland divides into Northern Ireland and Southern Ireland.
1937 – Gone with the Wind, a novel by Margaret Mitchell,
wins the Pulitzer Prize for Fiction
1936 – Joe DiMaggio, familiarly referred to as Joltin' Joe and The Yankee Clipper makes his major league debut for the New York Yankees.


1957 – Walter O'Malley, the owner of the Brooklyn Dodgers, agrees to move the team from Brooklyn, New York, to Los Angeles, California.


2000 – The sport of geocaching begins, with the first cache placed and the coordinates from a GPS posted on Usenet. 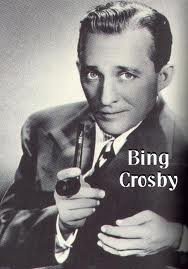 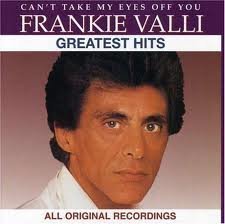 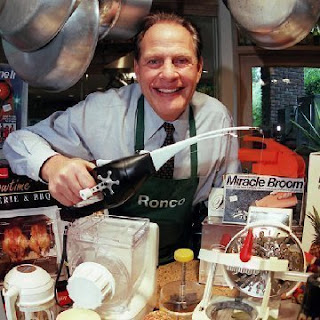 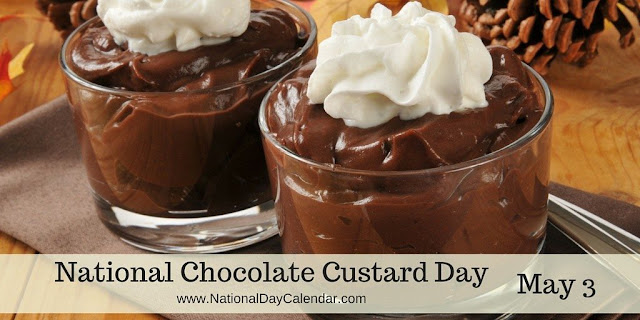 Custard is made by blending eggs with milk or cream and heating the mixture either on the stove or in the oven. There are a variety of custards with consistencies ranging from a thin liquid like a creme Anglaise to a firm creme brulee.
Chocolate custards are delicious on their own or can be fillings in eclairs, creme puffs, tarts, pies and cakes.
HOW TO OBSERVE
Enjoy this tried and true Chocolate Custard Cups recipe. 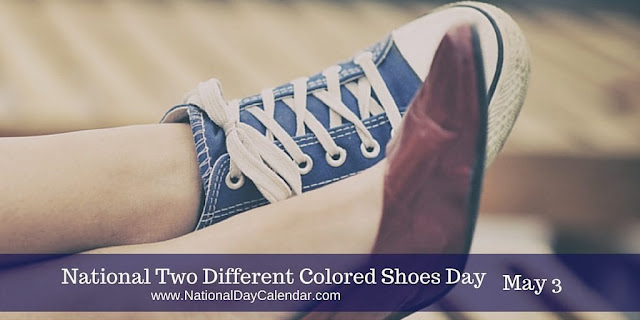 Each year on May 3 it is National Two Different Colored Shoes Day.  This is a day to stand out from the other 364 days of the year. Celebrate your uniqueness and put it on display on May 3rd.  Wear two different colored shoes and see where they take you.
HOW TO OBSERVE
Wear two different colored shoes.
HISTORY
National Two Different Colored Shoes Day was created by Dr. Arlene Kaiser.  Kaiser created this day to recognize and celebrate human diversity. According to Kaiser, “The simple act of wearing two different colored shoes proclaims your individuality. By taking this ‘positive risk,’ you can demonstrate your willingness to be different, and show your appreciation for the unique people in your life”. To learn more visit www.nationaltwodifferentcolordedshoesday.com.