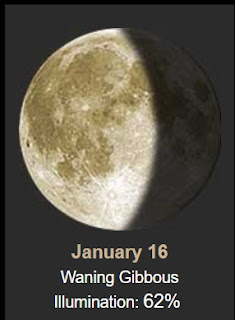 
The power went off before I got out of bed and was off for about an hour and a half. Finally back on and I could have coffee.

Yesterday late it started pouring rain then when I went to bed it had started snowing. 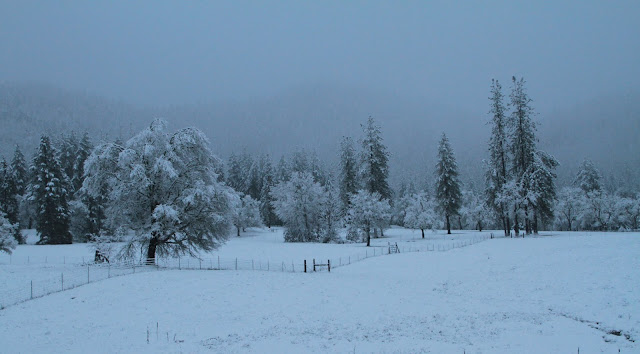 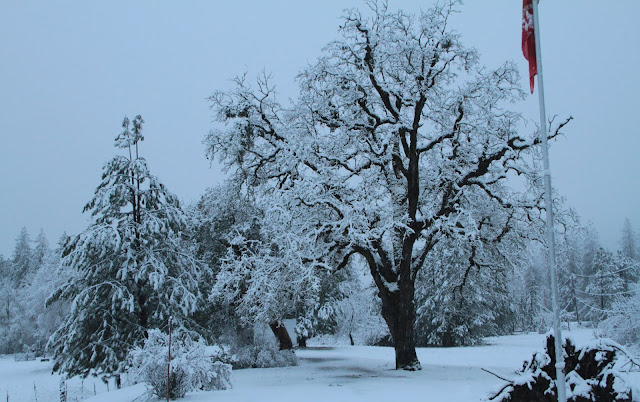 Dude and Bruiser just hunkered down this morning, watching outside from in here.... 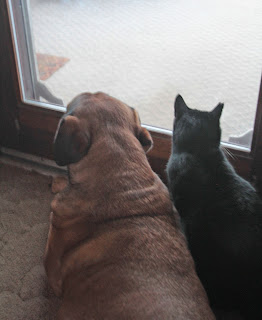 Yesterday the sun came out, on and off. My mountain of a little snow.... 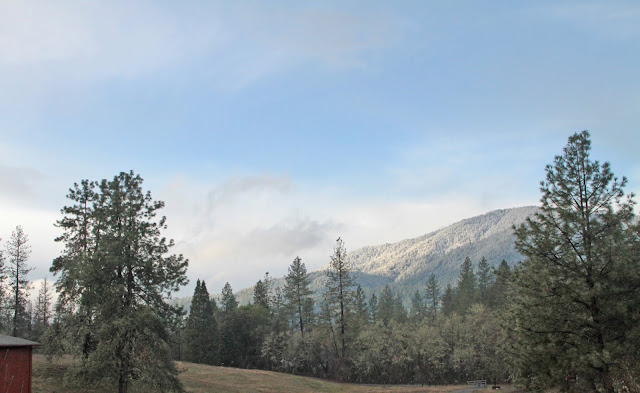 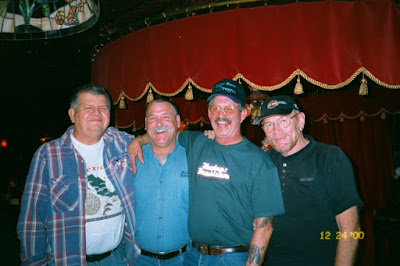 Pictures of the Day .... sometimes you wonder who thinks these up! 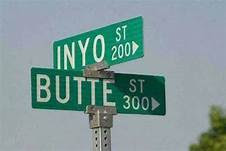 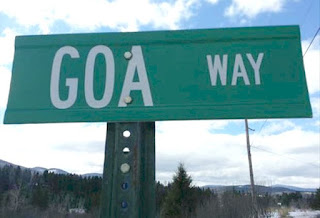 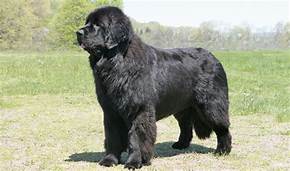 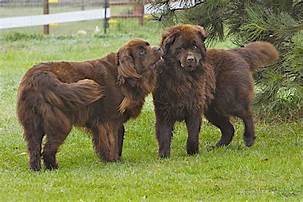 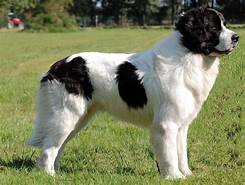 The Newfoundland dog is a large working dog. They can be either black, brown, or white-and-black (called Landseer). Newfoundland dogs are known for their giant size, intelligence, tremendous strength, calm dispositions, and loyalty. They excel at water rescue/lifesaving because of their muscular build, thick double coat, webbed feet, and swimming abilities.
However, in the Dominion of Newfoundland, before it became part of the confederation of Canada, only black and Landseer colored dogs were considered to be proper members of the breed. They were originally bred and used as working dogs for fishermen in Newfoundland.

The Newfoundland's extremely large bones give it mass, while its large musculature gives it the power it needs to take on rough ocean waves and powerful tides. These dogs have huge lung capacity for swimming extremely long distances and a thick, oily, and waterproof double coat which protects them from the chill of icy waters.
Males normally weigh 143–176 lbs, and females 121–143 lbs, placing them in the "Giant" weight range; but some Newfoundland dogs have been known to weigh over 200 lbs – and the largest on record weighed 260 lbs and measured over 6 ft from nose to tail, ranking it among the largest of dog breeds. They may grow up to 22–30 inches tall at the shoulder.

"We've taken canned biscuits and laced them with bits of chopped veggies and shredded cheese for a pull-apart bread that's almost a meal in itself." 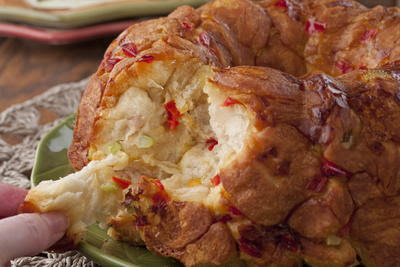 1883 – The Pendleton Civil Service Reform Act, establishing the United States Civil Service, is passed.
(**Brian/Kristen, this is interesting... it was introduced in 1832 by a "George H Pendleton an Ohio democrat" !! ) 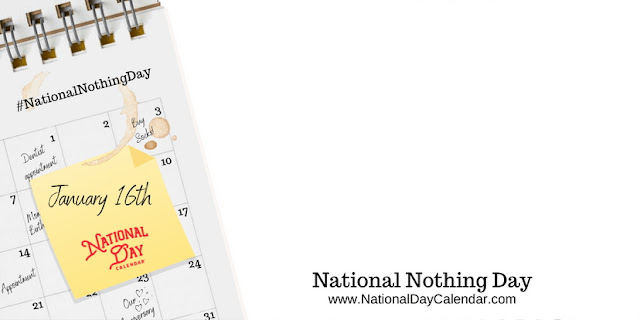 Each year on January 16th, people across the nation recognize National Nothing Day.
The observance was created as a day to provide Americans with one National Day when they can just sit without celebrating, observing or honoring anything.  (National Day Calendar only reports the Days, sometimes they may contradict themselves.)
Martin Luther King Jr. Day falls on the third Monday of January which means that one-in-seven January 16th’s will fall on the same day as Nothing Day, effectively usurping the nature of Nothing Day.
While it may be a good day to celebrate nothing at all, we suppose putting nothing in a glass and setting it on a table might suffice for celebration. You might leave your diary page blank on every January 16th. Don’t mark anything on the calendar on the 16th, either. It would be interesting to see what would happen if you sent a blank email dated January 16th. How many replies would you get saying, “There’s nothing here.”
For people whose birthday lands on January 16th, wrap an empty box. That should elicit and a nothing response appropriate for the celebration.
When asked, “What are your plans, today?” your response should definitely be, “Nothing.” What else would your answer be on a day like today? Now that we think about it, “Nothing” works well as an answer when recognizing the day.
Q: What’s for supper?
A: Nothing
Q: What are you reading?
A. Nothing. (Even though you’re clearly reading something.)
Q. What’s your homework assignment?
A. Nothing. (As you’re working on your homework.)
Q. What are you drinking.
A. Nothing. (As you sip on the best non-fat latte ever.)

In 1972, columnist Harold Pullman Coffin proposed National Nothing Day. The day has been observed in all its nothingness since 1973.  The observance is sponsored by Coffin’s National Nothing Foundation, registered in Capitola, California.