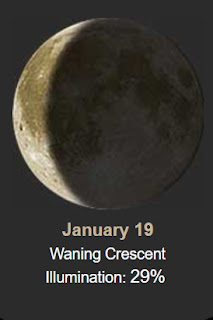 We stayed cloudy and cool all day yesterday. 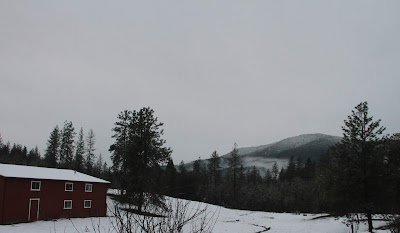 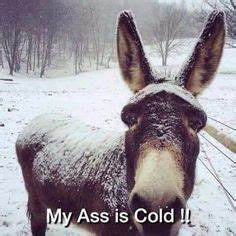 You can see all the paw prints in the snow from Dude and Bruiser!

It has taken days for the power to get back on for so many people. Mostly in Grants Pass. Some of my friends/family have their power back on, but still quite a few don't. At first there were 18,000 without power, and it has decreased some while 300 power company workers are removing downed trees and repairing lines. The Red Cross has opened 2 shelters, one at Grants Pass Fairgrounds and the other at  Illinois Valley High School in Cave Junction, where they offer food, showers, and a warm place to stay.

Picture of the Day ... There is a town in Oklahoma named Hooker.... 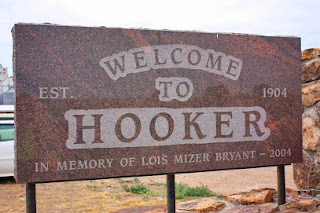 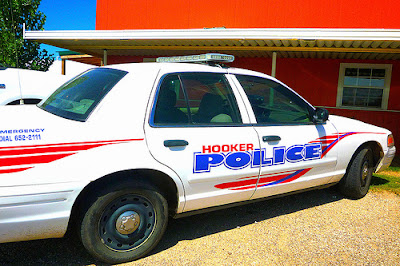 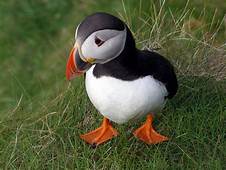 Puffins are any of three small species of 'auks' with a brightly colored beak during the breeding season. These are shoreline seabirds that feed primarily by diving in the water. 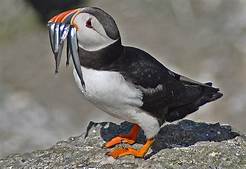 They breed in large colonies on coastal cliffs or offshore islands, nesting in crevices among rocks or in burrows in the soil. Two species, the tufted puffin and horned puffin, are found in the North Pacific Ocean, while the Atlantic puffin is found in the North Atlantic Ocean.
All puffin species have predominantly black or black and white plumage, a stocky build, and large beaks. They shed the colorful outer parts of their bills after the breeding season, leaving a smaller and duller beak.
Their short wings are adapted for swimming with a flying technique under water. In the air, they beat their wings rapidly (up to 400 times per minute) in swift flight, often flying low over the ocean's surface.
The puffins are stocky, short-winged and short-tailed birds, with black upper parts and white or brownish-grey underparts. The head has a black cap, the face is mainly white, and the feet are orange-red. 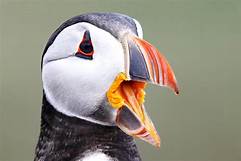 The bill appears large and colorful during the breeding season. The colorful outer part of the bill is shed after the breeding season, revealing a smaller and duller true bill beneath. Although the puffins are vocal at their breeding colonies, they are silent at sea.
More Info: en.wikipedia.org 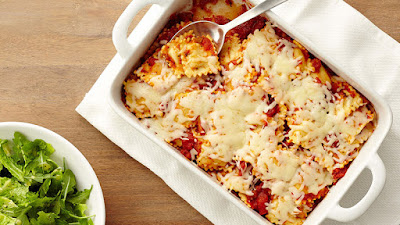 Pour into ungreased 13x9 glass baking dish. Sprinkle cheese on top.
Bake uncovered 10 minutes, or until sauce is bubbly and cheese is melted. 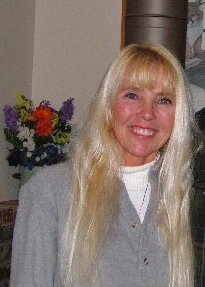 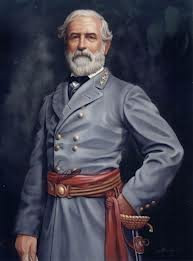 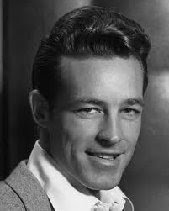 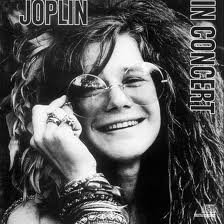 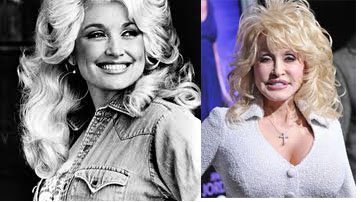 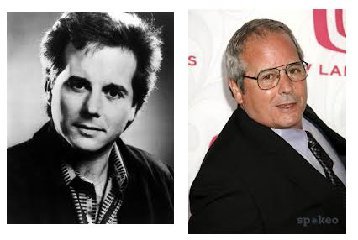 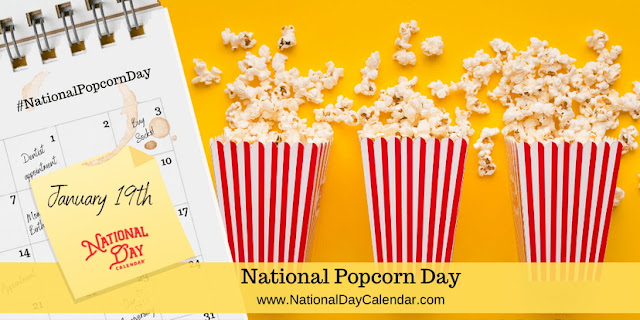 On January 19th, National Popcorn Day pops onto the scene with a crunch we all love to enjoy! The annual celebration recognizes a treat that satisfies munchies, day or night.
This time-honored snack can be sweet or savory, caramelized, buttered or plain, molded into a candied ball, or tossed with nuts and chocolate. However it is enjoyed, enjoy it on National Popcorn Day, January 19th.
The word “corn” in Old English meant “grain” or, more specifically, the most prominent grain grown in a region. As maize was the most common grain in early America, the word “corn” was aptly applied.
As early as the 16th century, the Aztec used popcorn in headdresses worn during ceremonies honoring Tlaloc, their god of maize and fertility. Early Spanish explorers were fascinated by the corn that burst into what looked like a white flower.
Popcorn started becoming popular in the United States in the middle 1800s. It wasn’t until Charles Cretors, a candy-store owner, developed a machine for popping corn with steam that the tasty treat became more abundantly poppable. By 1900 he had horse-drawn popcorn wagons going through the streets of Chicago.
At about the same time, Louise Ruckheim added peanuts and molasses to popcorn to bring Cracker Jack to the world. Then in 1908, the national anthem of baseball was born. Jack Norworth and Albert Von Tilzer wrote Take Me out to the Ballgame. From that point onward, popcorn, specifically Cracker Jack, became forever married to the game.

Another romance connected to popcorn may have had a slow start but eventually took off. Today, who can imagine going to the movies without getting a box of buttered popcorn? While popcorn was an economical choice for a snack food, the expense of installing a machine and adequately venting the building didn’t seem worth the effort. If it weren’t for Glen W. Dickson, we would be purchasing our popcorn from a vendor on the street before taking in the show. Dickson put in the effort and expense of placing machines inside his theaters. After realizing how quickly he recouped his costs, other theater owners followed suit.
The microwave oven spurred the next big advancement for popcorn. With the invention of the microwave, a whole new market opened for the snack food. Magnetrons, a technology produced by Raytheon Manufacturing Corporation for the military during World War II, were later used to develop microwave ovens. Percy Spencer was the man who made it happen. He used popcorn in his initial experiments during the microwave’s development.
Today, Americans consume 13 billion quarts of popcorn a year, more than any other country in the world. A majority of the popcorn produced in the world is grown in the United States. Nebraska leads the corn belt in popcorn production.

The a-maizing origins of this pop-ular day is mysteriously amiss. However, the day has been observed since at least 1988.