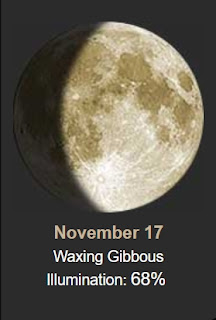 Good 28º clear sky icy morning.
Clear day yesterday until afternoon, and happy Dude laying in the grass in the sun. Still it was only 41º by then, but he was happy! 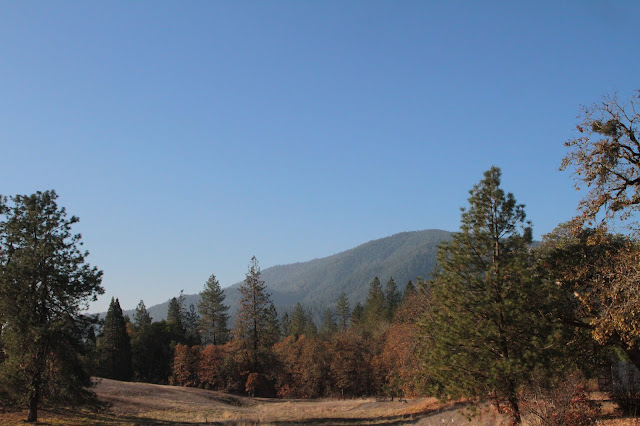 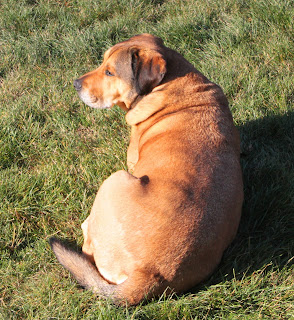 Then the smoke from the northern California fires moved in.... 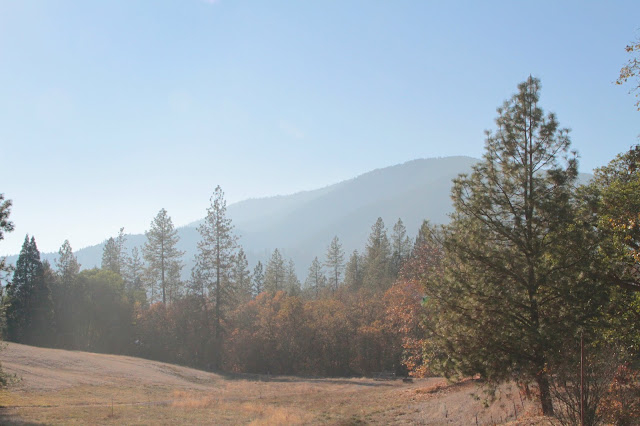 We heated to 69º.
Yesterday UPS Dave delivered my Honey Baked Ham for my Thanksgiving dinner. 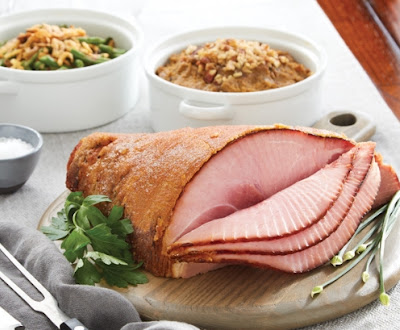 Quarter Ham Dinner includes: Everything is fully-cooked, just heat and serve the side dishes for a stress-free meal.
The ham went into the refrigerator to thaw. It doesn't require any cooking, just serve at room temperature. Both the vegetable dishes stay in the freezer, heat the oven, and cook them, or cook in microwave. Heat them until internal temperature is 165º. 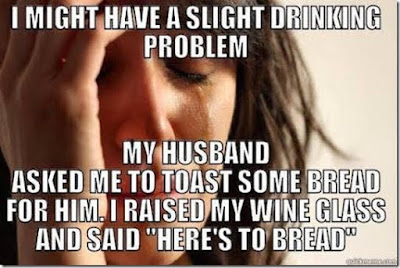 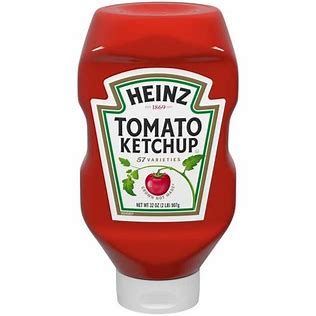 Every year, Heinz Ketchup sells 650 million bottles of ketchup across the globe, according to the company's website,Heinz.com .
The Heinz commercial stated, "slow good," you might be surprised to learn the company actually tracks how fast – or slow – ketchup should pour out of the bottle.
Each ketchup batch is tested to pour at the perfect speed - 0.028 mph. Thus the slogan "Slowest ketchup in the world".
"If the viscosity of the ketchup is greater than this speed, the ketchup is rejected for sale,” according to their website. Most of the world's Heinz tomato ketchup is made in the main U.S. plant at Fremont, Ohio after they closed their plant in Leamington, Ontario in 2014.
First introduced in 1876, Heinz Tomato Ketchup remains the best selling brand of ketchup. From 1906 it was produced without preservatives. In 1907, Heinz started producing 13 million bottles of ketchup per year, exporting ketchup all over the world, including India, Australia, South America, Japan, Indonesia, New Zealand, South Africa and the United Kingdom. Heinz ketchup is often served at restaurants in the United States and Canada, as well as many other countries. As a condiment for many foods, such as french fries, chips, hamburger stand hot dogs, Heinz ketchup uses the slogan, "America's Favorite Ketchup."

**Best Foods (my fav mayo) is now making ketchup! Has anyone tried it? If so, what did you think? 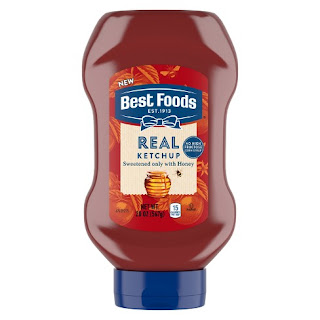 Catsup and Ketchup are two different spellings of the same condiment, which, today, is a Westernized version of a condiment first introduced to European traders in the late 17th century.
During their time trading in the Far East, British sailors of the 1600s developed a taste for the delicious treat we now call ketchup and began exporting it to the West.
The word itself is thought to come from the Cantonese k’ē chap or the Malay kēhap, both of which refer to a kind of fish sauce. Ketchup was originally a paste made from fermented fish guts (yes, it’s come a long way).
Ketchup is the dominant spelling in both American and British English by a large margin.
Believe it or not, catsup was once the dominant spelling in America, and it really wasn’t that long ago that this was the case.
Tomatoes weren’t actually added to ketchup until the 19th century. This tomato-based variety quickly caught on in the United States during the first few decades of the 1800s, but was primarily produced by small, local farmers. No company was distributing nationally until at least 1837.
In other words, there was no national brand that people could identify and symbolize as ketchup, which led to no one ketchup company’s spelling catching on as the industry standard. Whether it was spelled ketchup or catsup was anybody’s guess
Heinz, a name now synonymous with ketchup, was actually somewhat of a latecomer to the tomato-based ketchup industry.
The company did not release its own branded ketchup until 1867, well into the 19th century. Its original branding was “Heinz Tomato Catsup,” but, sometime in the 1880s, the company rebranded itself as “Heinz Tomato Ketchup” as a way to stand out from its competition.
As Heinz increased its market share throughout the 1900s, its name—and more importantly its spelling—became associated with the tomato-based condiment.
Eventually, consumer demand for ketchup began to outweigh the demand for catsup, and it was clear that other companies must rebrand or lose more market share.
In 1988, Del Monte switched its branding to be ketchup for that very reason: it became clear that ketchup was the spelling choice of the American consumer.


This is so easy and so yummy.
Crock Pot Creamy Ranch** Chicken 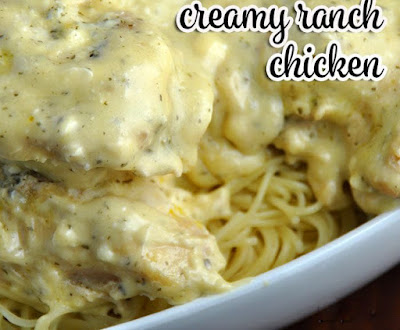 4-6 boneless skinless chicken breasts
1 oz pkg ranch dressing mix
8 oz pkg cream cheese softened and cubed
10.75 oz can cream of chicken soup
Optional: prepared angel hair pasta
** When it comes to salad dressings, Americans definitely have a favorite: Ranch. Ranch dressing is by far the most popular salad dressing in America and has been since 1992 when it overtook Italian. Ranch sells roughly twice as well as the second-place contender, blue cheese dressing, and it easily outpaces other classic flavors such as Italian, Thousand Island, Vinaigrette, and Honey mustard. According to a Simmons National Consumer Survey, 139.52 million Americans used Ranch prepared salad dressing in 2018.
Today was a very special day for my friend George Collins (LASD ret) and his bride Connie. They were married in 1967. Sadly Connie passed away this year, but it's still a special day in George's heart. Thinking of you George. Love and hugs. xo ♥ 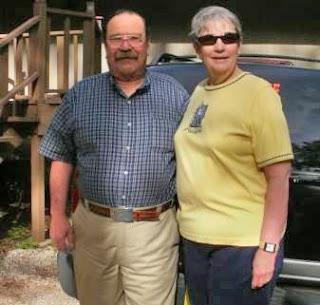 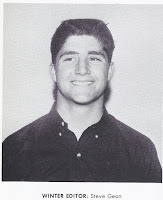 Here is the whole staff, front row right is me..... 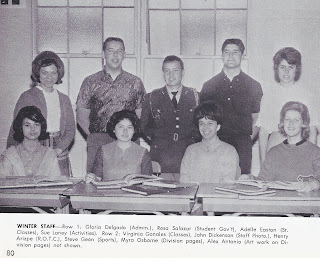 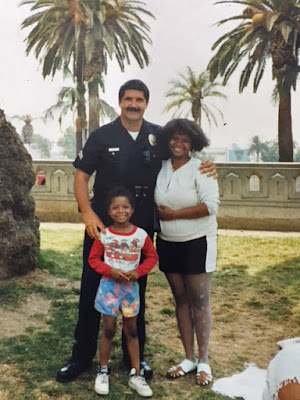 Steve is now living in Costa Rica and here is a great shot he just sent me.... still a cutie! 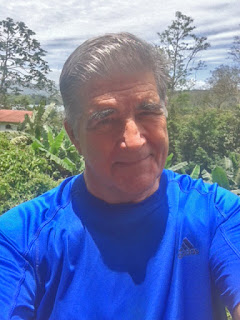 
1970 – Douglas Engelbart receives the patent for the first computer mouse.

2004 – Kmart Corp. announces that it is buying Sears, Roebuck and Co. for $11 billion USD and naming the newly merged company Sears Holdings Corporation. 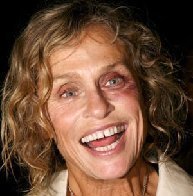 I just never did get the 'tooth gap' with her. Soooo unattractive! Could have been fixed! She has the $$ ! BTW, these pictures in order of her age. 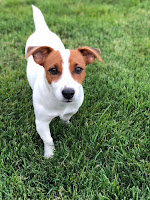 Dash coming today to stay with Dude, Bruiser, and I for a week while his family goes to NY for Tucker's Grants Pass High School Band playing in the Macy's Day Thanksgiving Day Parade!!!
All I know. Nuff said. Happy Saturday. Ciao.
xo Sue Mom Bobo 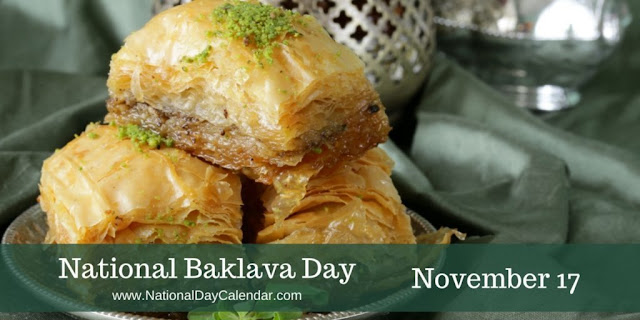 Baklava (/ˈbɑːkləvɑː/, /bɑːkləˈvɑː/, or /bəˈklɑːvə/; [bɑːklɑvɑː]) is a rich, sweet dessert pastry made of layers of filo filled with chopped nuts and sweetened and held together with syrup or honey. It is characteristic of the cuisines of the Levant, the Caucasus, Balkans, Maghreb, and of Central and West Asia.


The word baklava is first attested in English in 1650, a borrowing from Ottoman Turkish بقلاوه‬/bɑːklɑvɑː/. The name baklava is used in many languages with minor phonetic and spelling variations.

Historian Paul D. Buell argues that the word "baklava" may come from the Mongolian root baγla- 'to tie, wrap up, pile up' composed with the Turkic verbal ending -v; baγla- itself in Mongolian is a Turkic loanword. Armenian linguist Sevan Nişanyan considers its oldest known forms (pre-1500) to be baklağı and baklağu, and labels it as being of Proto-Turkic origin. Another form of the word is also recorded in Persian, باقلبا (bāqlabā). Though the suffix -vā might suggest a Persian origin, the baqla- part does not appear to be Persian and remains of unknown origin.
The Arabic name بقلاوة baqlāwa likely originates from Turkish, though a folk etymology, unsupported by Wehr's dictionary, connects it to Arabic بقلة /baqlah/ 'bean'.
Although the history of baklava is not well documented, its current form was probably developed in the imperial kitchens of the Topkapı Palace in Istanbul. The Sultan presented trays of baklava to the Janissaries every 15th of the month of Ramadan in a ceremonial procession called the Baklava Alayı.

There are three proposals for the pre-Ottoman roots of baklava: the Roman placenta cake, as developed through Byzantine cuisine,  the Central Asian Turkic tradition of layered breads, or the Persian lauzinaq.

Andrew Dalby identifies this, and surrounding dessert recipes in Cato, as coming from a "Greek tradition" and cites Antiphanes (fl. 3rd century BC) as quoted by Athenaeus.

Several sources state that this Roman dessert continued to evolve during the Byzantine (Eastern Roman) Empire into modern baklava. In antiquity the Greek word plakous (Greek: πλακοῦς) was also used for Latin placenta, and the American scholar Speros Vryonisdescribes one type of plakous, koptoplakous (Byzantine Greek: κοπτοπλακοῦς), as a "Byzantine favorite" and "the same as the Turkish baklava",[26] as do other writers.[27] Indeed, the Roman word placenta (Greek: πλατσέντα) is used today on the island of Lesbos in Greece to describe a baklava-type dessert of layered pastry leaves containing crushed nuts that is baked and then covered in honey.