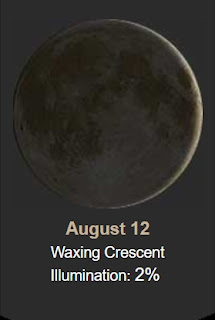 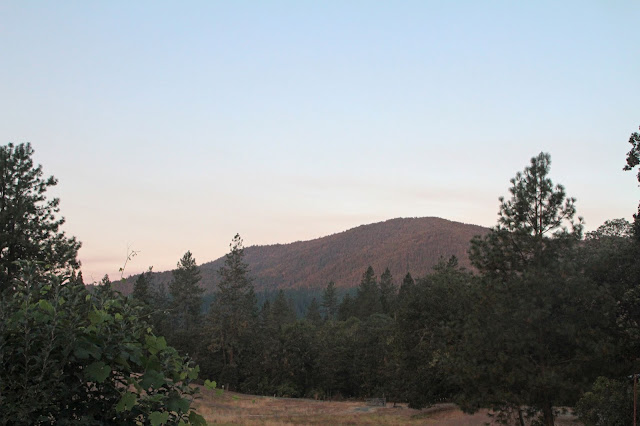 Yesterday the smoke stayed low and heavy. My mountain completely disappeared! Neither Bruiser or Dude wanted to be outside. Me either! We warmed to 88º. 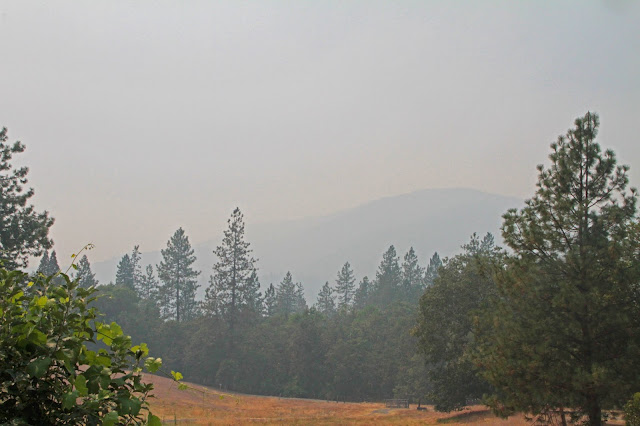 It was just as smokey in Grants Pass..... 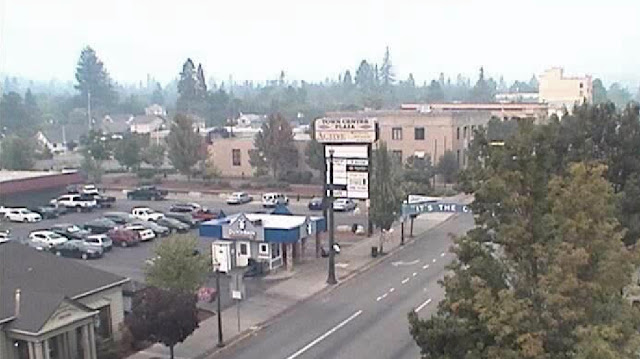 Then by early evening the smoke dissipated quite a bit with a little breeze!
Here is the update posted yesterday afternoon re the fires in our area... We are close to the Taylor Creek and Garner Complex fires that are in Josephine County near Grants Pass...

In case you didn't hear about the shooting inside Lakewood Sheriff's Station on Friday, here is the news report on it... 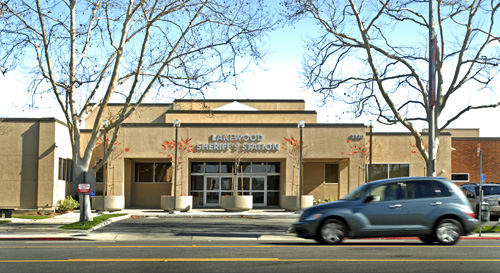 https://abc7.com/deputies-shoot-suspect-in-lakewood-after-he-steals-taser/3925991/
Interesting....
The turkey is a large bird in the genus "Meleagris", which is native to the Americas. Turkeys are classed in the family of "Phasianidae" in the taxonomic order of "Galliformes". Males have a distinctive fleshy wattle or protuberance that hangs from the top of the beak (called a "snood"). They are among the largest birds in their ranges. As in many "Galliformes", the male is larger and much more colorful than the female.
They were first domesticated by the indigenous people of Mexico from at least 800 BC onwards. Turkeys were mainly bred for their beautifully colored plumage until about 1935, after which the breeding emphasis changed to their meat qualities.
Domestic or tame turkeys weigh twice what a wild turkey does and are raised on farms. Most domestic turkeys are so heavy they are unable to fly.
Wild turkeys live in woods in parts of North America and are the largest game birds found in this part of the world. They spend their days foraging for food like acorns, seeds, small insects and wild berries. They spend their nights in low branches of trees.
The Toms are the full grown males and have a "beard" that is long on the front of their chest.... 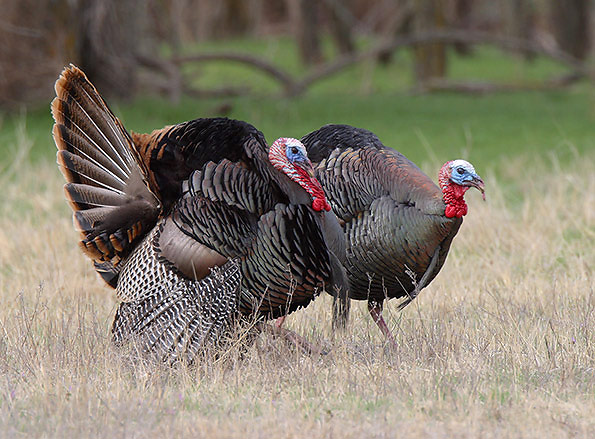 The Jakes are the young male birds with a short "beard" on their chest.... 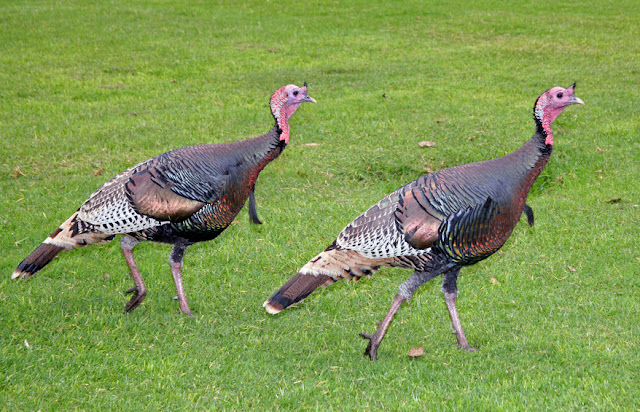 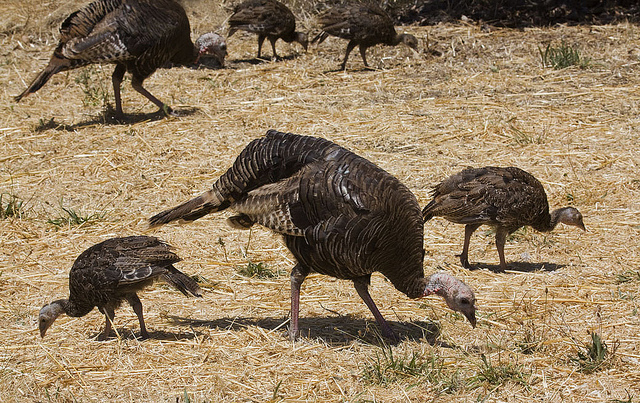 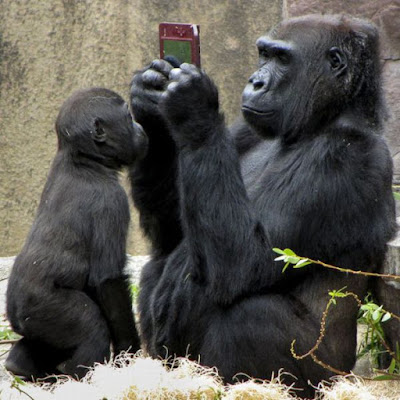 Hmmmmmmmmmmmmm............ wonder where she got that!
Here is a yummy easy potato side dish....
Creamy Cheesy Potatoes 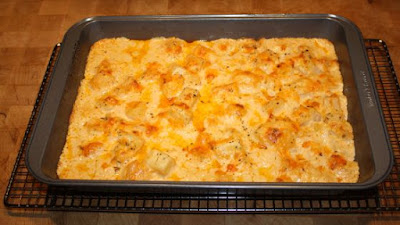 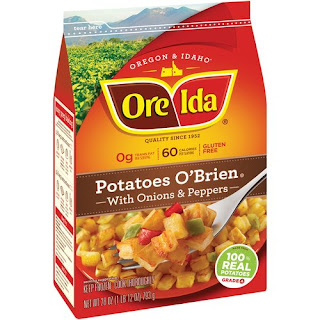 1851 – Isaac Singer is granted a patent for his sewing machine. 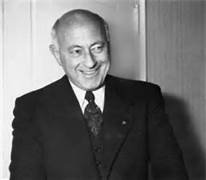 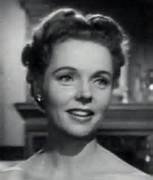 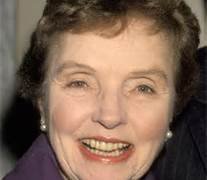 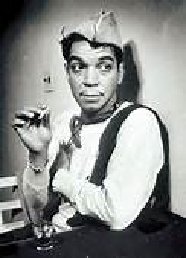 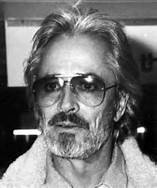 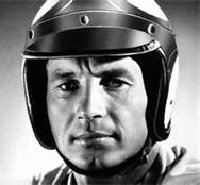 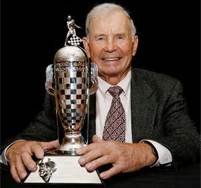 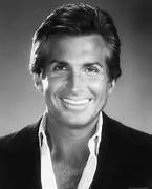 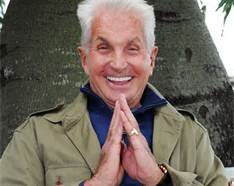 Later dinner was the rest of the Schwans Shrimp Spring Rolls and veggies. Trying to eat as much in the freezer as I can so I have room for new stuff!!!
Then chair, wine, and TV. Reruns of Hawaii 5-0, NCIS LA, and Blue Bloods.
All I know. Nuff said. Happy Sunday. Ciao.
xo Sue Mom Bobo 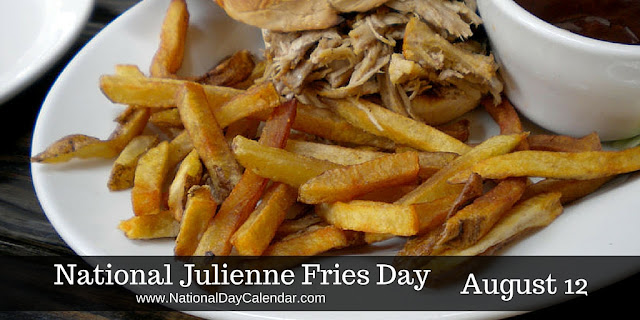 Here are today’s five thing to know about Fries:
Leaving the potato skin on French fries actually leaves in important vitamins that are lost if the skins are peeled away.
In England these are referred to as “chips”
French fries are, perhaps, poorly-named, since they originate in Belgium and are most popular in America.
Though French fries were invented in Europe, the potatoes, from which they are made, originated in the Americas and were imported.
The first occurrence of French fries in America may have been at a diplomatic dinner hosted by Thomas Jefferson.