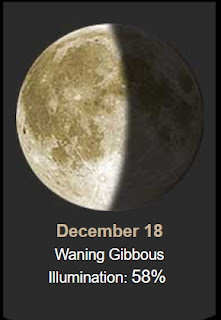 Christmas is one week away.

Yesterday the freeze in the morning at 27º.... looked like light snow, especially on the barn roof... 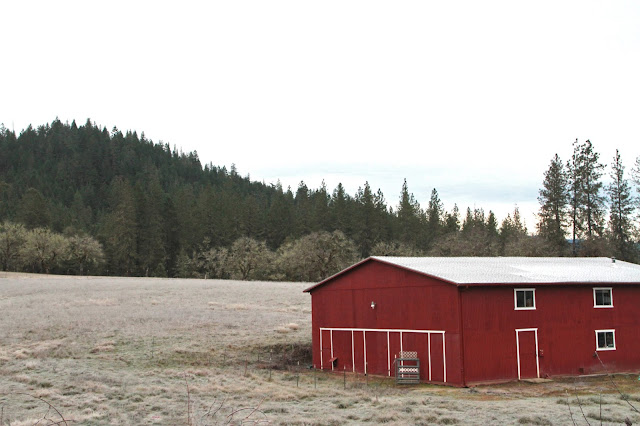 The clouds moved in and we were supposed to have a sunshine day... but that didn't happen. We warmed up to 41º. 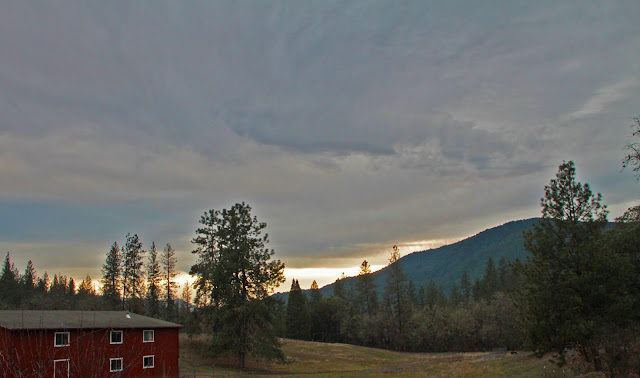 Picture of the Day...oh my, some last names just don't work!! 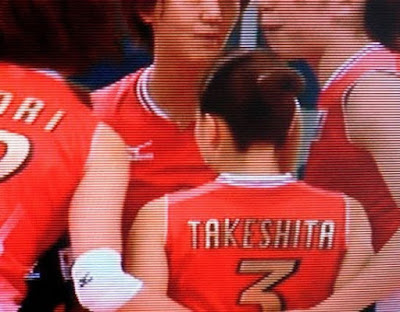 Interesting about tequila...
Tequila is a distilled beverage made from blue agave plant, primarily in the area 40 miles northwest of Guadalaiara, and in the Jaliscan Highlands of the central western Mexican state of Jalisco. The red volcanic soils in the region of Tequila is well suited to growing the blue agave, and more than 300 millions of the plants are harvested there each year. 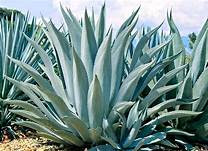 Mexican laws state that the Tequila can only be produce in the state of Jalisco and other limited municipalities. It is protected through NAFTA (North American Free Trade Agreement) in Canada and the United States. It can be between 35 and 55% alcohol content (70 and 110 US proof). It must contain at least 40% alcohol (80 U.S.proof) to be sold in the US.
Tequila is a distilled beverage that is made from the fermentation of sugar (fructose) found from the blue agave plant. Many factors influence the higher alcohol content of Tequila, which are molecules such as isobutyl alcohol, isoamyl alcohol, and ethanol. The type of yeast most commonly found in Tequila is Saccharomyces cerevisiae.
The older the agave plant, the greater the alcohol production.The concentration of amyl alcohol is increased as the plant aged by a factor 30%. However, a higher concentration of methanol (poisonous) is found when using younger plants.

Tequila was first produced in the 16th century near the location of the city of Tequila, which was not officially established until 1666. A fermented beverage from the agave plant known as pulque was consumed in pre-Columbian central Mexico before European contact. When the Spanish conquistadors ran out of their own brandy, they began to distill agave to produce one of North America's first indigenous distilled spirits.


Don Cenobio Sauza, founder of Sauza Tequila and Municipal President of the Village of Tequila from 1884–1885, was the first to export tequila to the United States, and shortened the name from "Tequila Extract" to just "Tequila" for the American markets. Don Cenobio's grandson Don Francisco Javier gained international attention for insisting that "there cannot be tequila where there are no agaves!" His efforts led to the practice that real tequila can come only from the State of Jalisco.
Tequila comes in an abundant array of colors that ranges from a simple clear distilled beverage to a dark amber brown. The color of the tequila varies greatly depending on the aging process and the type of wood used for storage. The white version of tequila, known as silver tequila or blanco, is the product obtained without a (or with very short) aging process. As well, the spirit must contain 38-55% alcohol content, which is fermented from a wort that contains no less than 51% sugars from the agave plant. Silver tequila provides the purest form as little aging has occurred. What is known as gold, joven or oro tequila is usually silver tequila with the addition of grain alcohols and caramel color; however, some higher-end gold tequilas may be a blend of silver and reposado. Rested (reposado) or aged tequila (añejo) is aged in wooden containers. The aging process can last between two months and three years and can create or enhance flavors and aromas. The aging process generally imparts a golden color. 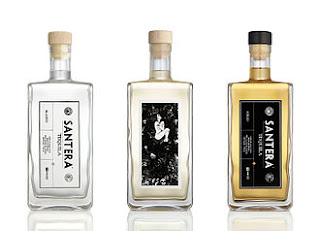 A variety of cocktails are made with tequila, including the margarita, a cocktail that helped make tequila popular in the United States. The traditional margarita uses tequila, Cointreau, and lime juice, though many variations exist. A popular cocktail in Mexico is the Paloma. Also, a number of martini variants involve tequila, and a large number of tequila drinks are made by adding fruit juice. These include the Tequila Sunrise and the Matador. Sodas and other carbonated drinks are a common mixer, as in the Tequila Slammer. Other popular cocktails are the Acapulco cocktail, Bloody Aztec Chimayó Cocktail, Mexican martini, Mojito Blanco and Vampiro. Need an easy dinner that takes no more effort than popping a few ingredients in a pan? This hearty take on lasagna is made with 5 ingredients and absolutely no fuss—just add it all to your 13x9, and pop it in the oven.

Bake uncovered 5-8 minutes or until pasta is tender and cheese is melted. Garnish with basil leaves.

**substitute shredded Italian cheese blend and/or stir in 1/4 to 1/2 t of crushed red pepper flakes to add a subtle spicy heat to the dish. 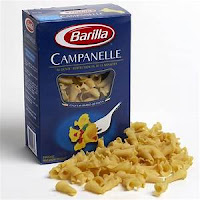 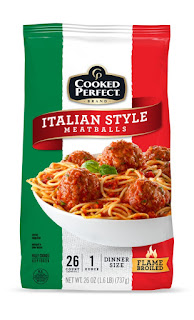 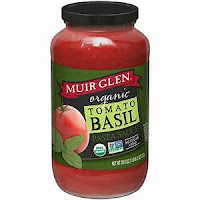 1916 – World War I: The Battle of Verdun ends when German forces under Chief of Staff Erich Von Falkenhayn are defeated by the French and British, and suffer 337,000 casualties. Unbelievable!

1918 – The United States House of Representatives approves the Eighteenth Amendment to enact Prohibition.

1932 – The Chicago Bears defeat the Portsmouth Spartans 9-0 in the first ever NFL Championship Game. Because of a blizzard, the game is moved from Wrigley Field to the Chicago Stadium, the field measuring 80 yards (73 m) long. 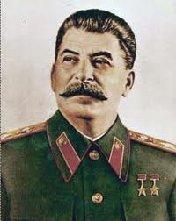 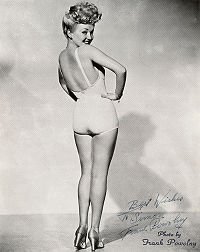 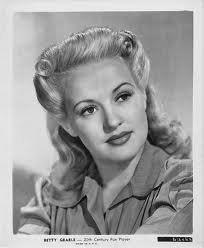 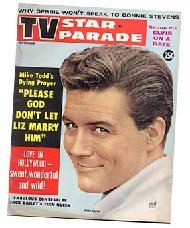 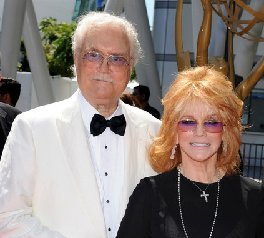 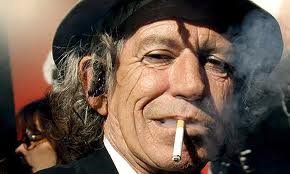 She can't even remember the words to our National Anthem!!! 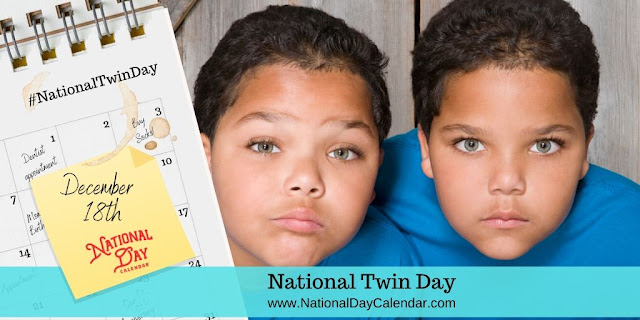 On December 18th, National Twin Day celebrates all the siblings who enjoy the unique connection because they share a birthday.
Whether fraternal or identical, twins share everything right from the beginning. While their personalities may be different, they often know what the other is going to say before the words are spoken. Distance isn’t an issue either. Twins manage to stay connected cross country or around the globe.
Of course, mythology teaches us about twins from the very beginning, as does the Bible. From the rivalry of Esau and Jacob to Aphrodite’s twin sons Phobos and Deimos as well as the mortal and immortal twins of the constellation, Gemini, we explore a host of human conditions.
Through the years, we’ve been fascinated by twins, too. Literature embraced the twin duplicity with enthusiasm. Take Shakespeare’s Twelfth Night, for example, and the confusion that ensues with Sebastian and Viola. Even modern-day sitcoms keep us in tears when twins are portrayed. Phoebe Buffay of the sitcom Friends and, more recently, Sheldon Cooper from The Big Bang Theory humorously depicted their twin lives.
But real-life twins intrigue us, too. When twins move into the White House, we are sure to pay attention, as was the case with Barbara and Jenna Bush in 2001. Of course, when they play magical characters like James and Oliver Phelps did in the Harry Potter series, we feel like they’re family. Their roles as Fred and George Weasley kept us coming back for more.
Some twins have the same interests. For example, Mark and Scott Kelly both became astronauts and have contributed not only to space exploration but also to scientific study. Twins Jocelyne Lamoureux-Davidson and Monique Lamoureux’s love of hockey brought them together on the U.S. Olympic Hockey Team.
Twins share so much more than DNA. Many of them don’t even look alike. One thing is for sure, they share National Twin Day.

Give a shout out to your favorite twins. Whether they are friends, family, or famous ones, let them know you’re thinking of them. If you’re a twin, tell your best twin memory. Share photos. Host a twin party. Invite all the twins you know and celebrate!.

In 2019, National Day Calendar® proclaimed National Twin Day to celebrate all things twins and to be observed on December 18th, annually.
Here is a list of celebrity twins .... most of which I have never heard of...
https://www.ranker.com/list/celebrity-twins/twins