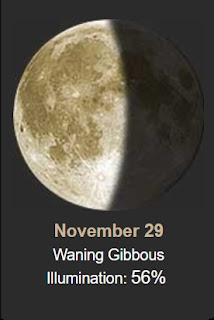 Good 48º semi foggy afternoon!
Today early early I had a doc appointment in Medford at 9am, so not enough time to get the blog up and out. All OK with me. BP perfect, heart rate perfect, and a blood draw to see how my cholesterol is.
After the appointment I went to Costco. OMGOSH, 10am on a Thursday was fabulous! Parking right in front of the door, not many customers at all. I got all the essentials I need and also a Christmas fruitcake and some Asian Chicken Wraps...... 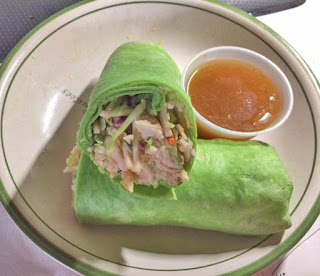 Had one for lunch when I got home! Sooooooooooooo good!

I wore my USMC sweatshirt 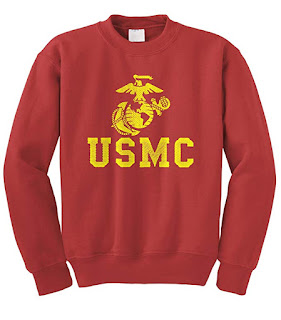 ... and I got into several conversations with military vets and a few of their wives. They always ask if I had been a Marine. I tell them "Close. I married one and gave birth to one." I get cheers and clapping, high fives, and occasionally even a hug!
I left for Medford a little early since I didn't know how the fog was going to be. Fortunately all of it was up on the mountains.... like here: 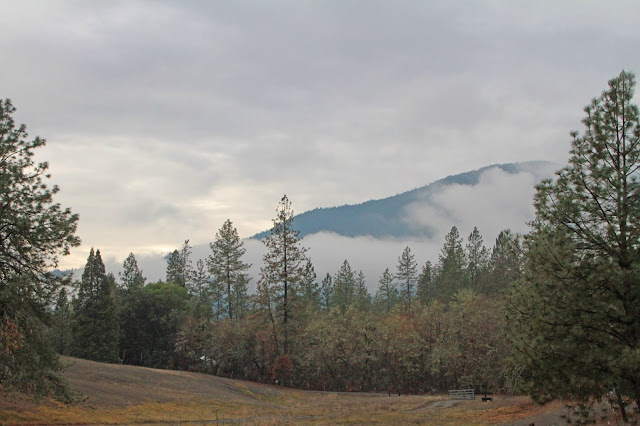 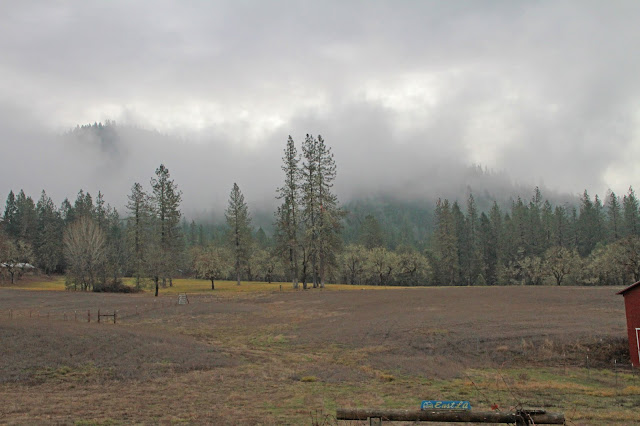 Kristen texted me this morning saying it was POURING since 1am down there in So. Cal. She said everyone was late to work! Southern Californians don't know how to drive in the rain!
Happy Throw Back Thursday.....
2009 when we had a super freeze and these two coyotes were out and about... 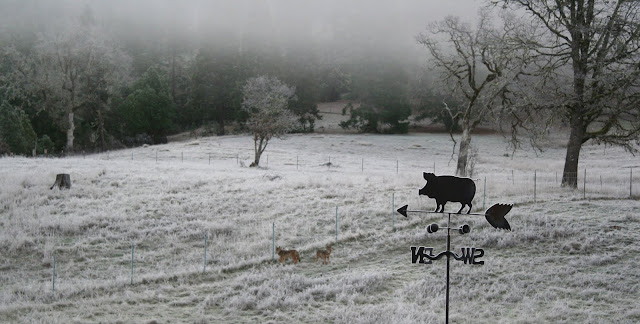 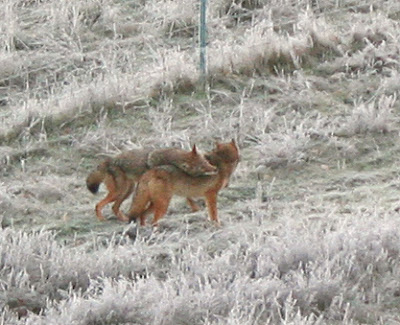 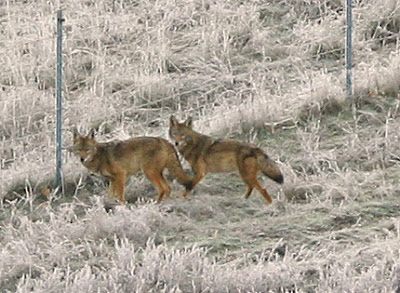 Picture of the Day.....
A sandstorm in Gansu China! Yikes! 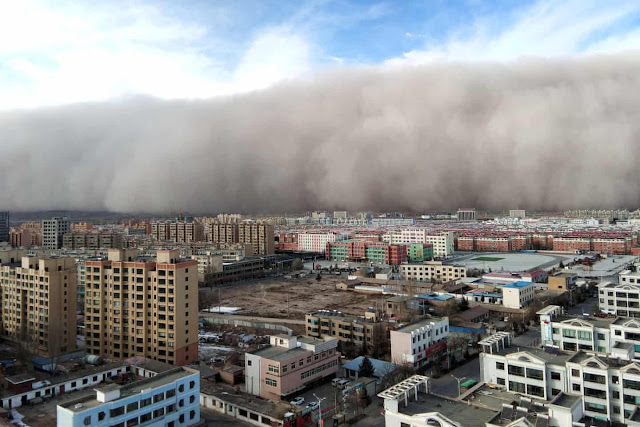 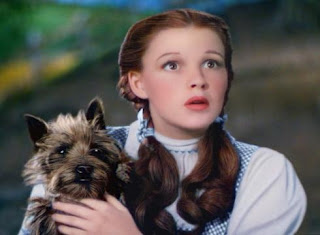 In the 1939 movie The Wizard of Oz, Toto was played by a female brindle Cairn Terrier whose real name was Terry. She was paid a $125 salary each week, which was far more than many of the human actors (the Singer Midgets who played the Munchkins reportedly received $50 to $100 a week).
During production, Terry's foot was broken when one of the Winkie guards accidentally stepped on it. A second dog had to be used while she healed. Due to the popularity of the movie, and because that role was the one she was most remembered for, her owner and trainer changed her official name to Toto. She actually appeared in 13 different films. She died at age 11. Willard Carroll wrote her "autobiography," I, Toto (2001). 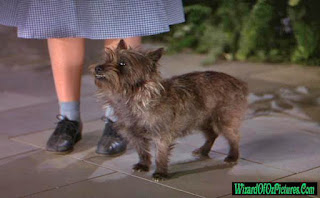 When she died in 1945 Carl Spitz buried her on his ranch in Studio City, CA. However, the construction of the Ventura Freeway in 1958 destroyed her grave. On June 18, 2011 a permanent memorial for Terry was dedicated at the Hollywood Forever Cemetery in Los Angeles. 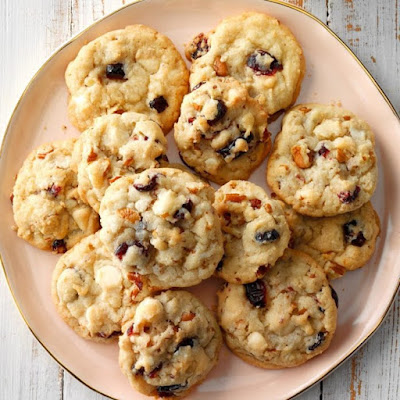 
1877 – Thomas Edison demonstrates his phonograph for the first time.
1929 – U.S. Admiral Richard Byrd becomes the first person to fly over the South Pole.
1990 – Gulf War: The United Nations Security Council passes two resolutions to restore international peace and security if Iraq did not withdraw its forces from Kuwait and free all foreign hostages by January 15, 1991.
And births this date include...
1896 – Yakima Canutt, American actor and stuntman (d. 1986)
Interesting how he got his name, it sounds American Indian, not. 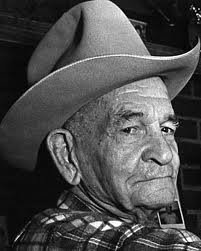 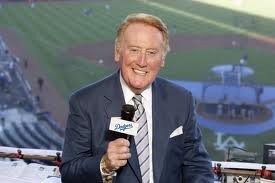 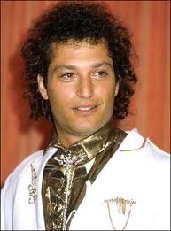 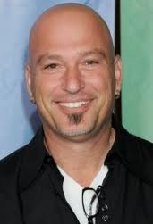 Later it was reruns for dinner, chair, wine, Bruiser in my lap 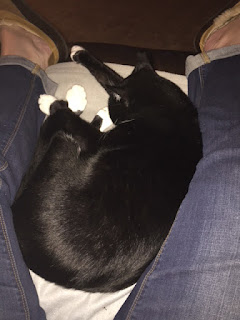 We hope your sweet tooth is ready to celebrate National Lemon Cream Pie Day on November 29th. We know this time of year is more typically associated with pumpkin pie, but honestly we’ll take any excuse to celebrate any kind of pie—especially a pie that’s been around for thousands of years. Historians say lemon desserts have been around since the Middle Ages! Whipped cream, on the other hand, is a relative newcomer: it didn’t show up until the 16th century. It first appeared in recipes in Italy in the mid-1500s and then traveled to France and showed up in recipes there just after 1600. Somewhere between then and now, someone had the brilliant idea to marry them together in a way that’s basically sunshine baked into a pie dish. So grab your fork and let’s dig in to this delectable holiday.
If you feel like pairing an adult beverage with your pie (who wouldn’t?) try a Lemon Drop: pour vodka, fresh lemon juice, and sweetener (triple sec, simple syrup, or just plain sugar) into a cocktail shaker, give it a good shake, strain into a glass, and garnish with a fresh lemon slice. It’s elegant, and deceptively easy.
Posted by Oregon Sue at 12:37 PM 2 comments: