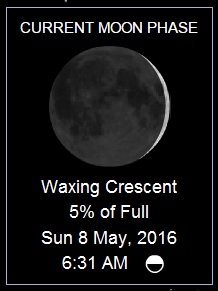 Good 46º clear sunny morning.
By 1pm yesterday we warmed to 81º. Felt like summer! Then it hit 86º by almost 3pm. Kristen said down in So. Cal it was sprinkling!
Happy Mother's Day to all the moms out there!!! 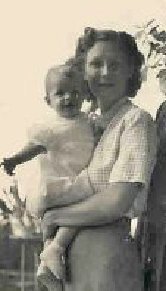 My mom, Margaret Laney, and me.
Rod Johnson (LASD ret) shared this.... OMGOSH!
If you thought the Republican debates have been lively, even raucous, the Democrat debates have been turning ugly, and even deadly.
Short and sweet. Wait for it 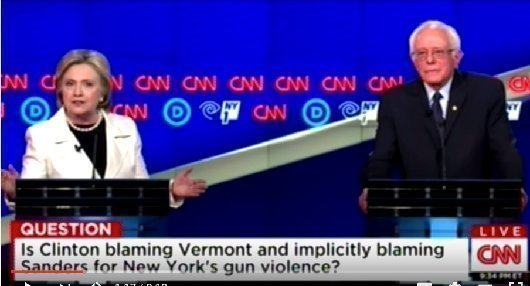 Historically this date....
1886 – Pharmacist John Pemberton first sells a carbonated beverage named "Coca-Cola" as a patent medicine.
1976 – The roller coaster Revolution, the first steel coaster with a vertical loop, opens atSix Flags Magic Mountain.
1980 – The eradication of smallpox is endorsed by the World Health Organization.
1984 – Corporal Denis Lortie enters the Quebec National Assembly and opens fire, killing three and wounding 13. René Jalbert, sergeant-at-arms of the assembly, succeeds in calming him, for which he will later receive the Cross of Valour.
....................if you can believe this: "Lortie was paroled in December 1995. He now lives in Quebec and works in construction."  Canadians are just as stupid as Americans when it comes to letting the bad guys go!
And births this date include...
1884 – Harry S. Truman, American politician, 33rd President of the United States (d. 1972) 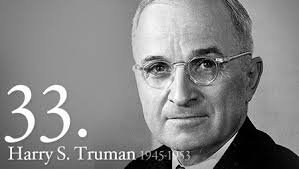 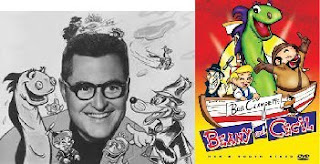 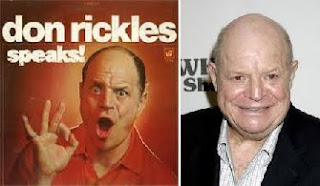 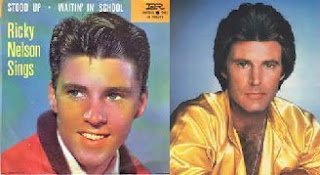 When working for UPS I delivered a package to his Mulholland Drive home. He drove out just as I arrived and waved to me. This was about 1980. His butler and one of his twin sons, Gunnar or Matthew (about 13 at the time)
answered the door. He also had about 15 dogs in his yard, all different, all friendly!
Yesterday morning was Tucker's little league game. Had a nice chat with some ladies in the stands and with Jean, Jen's mom. Headed home and there was clear blue sky and only one cloud! Not that great a shot, as I didn't take my camera... only had phone.. 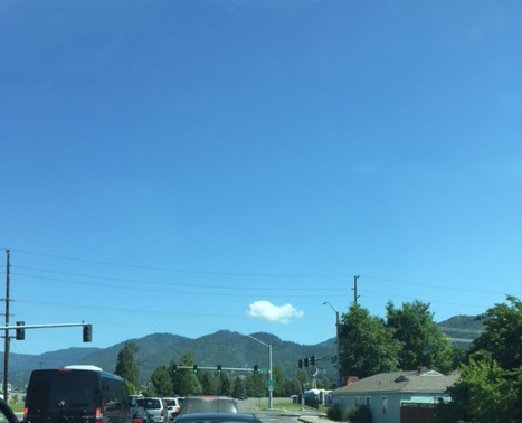 At the end of the game the boys all gave their mom a long stemmed rose. How sweet.

For dinner I was all into artichokes. I baked one, like I posted on my blog for April 26. 2016.... sprinkled on lemon juice, drizzled in olive oil, salt and pepper, and cheese in-between the leaves. Wrapped it in foil adding some water. Baked 450º 1 hour 20 minutes. 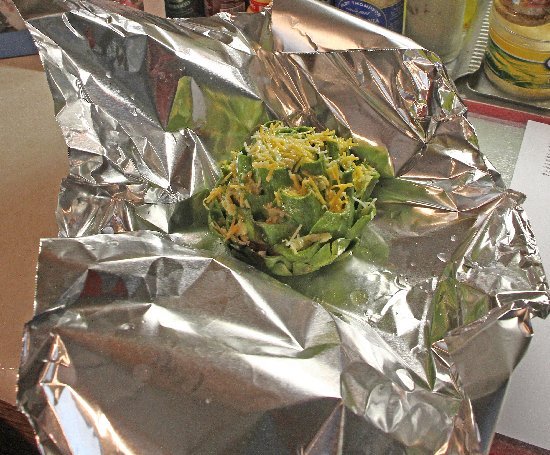 I also made some muffin tin frittatas ..
I re-hydrated some mixed vegetables and some mushrooms... 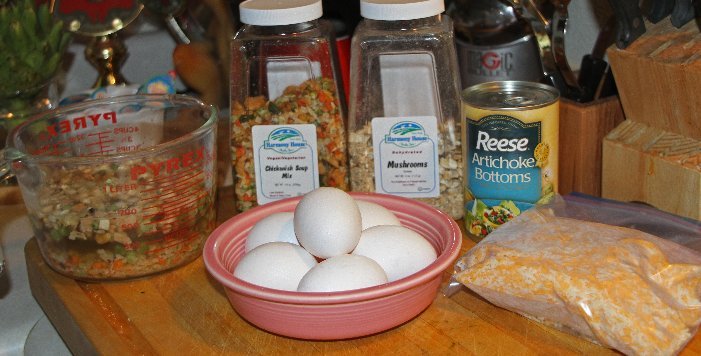 I put the artichoke bottoms in the sprayed muffin tin.... 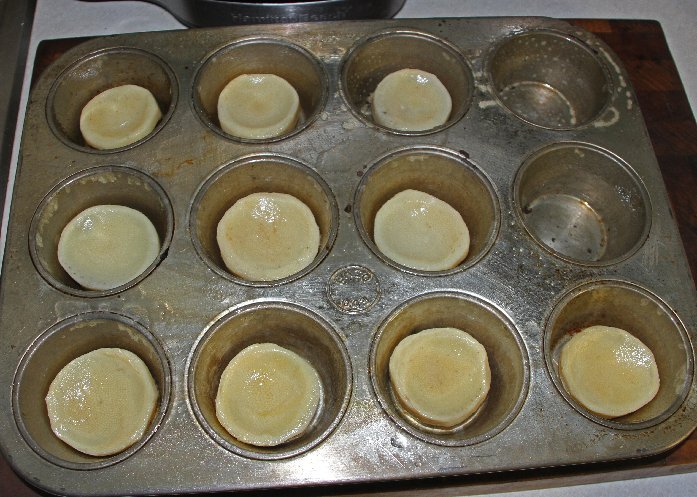 I was going to use 6 eggs, but one had a double yoke, so used 5. Mixed those well with a spoon full of mayonnaise... 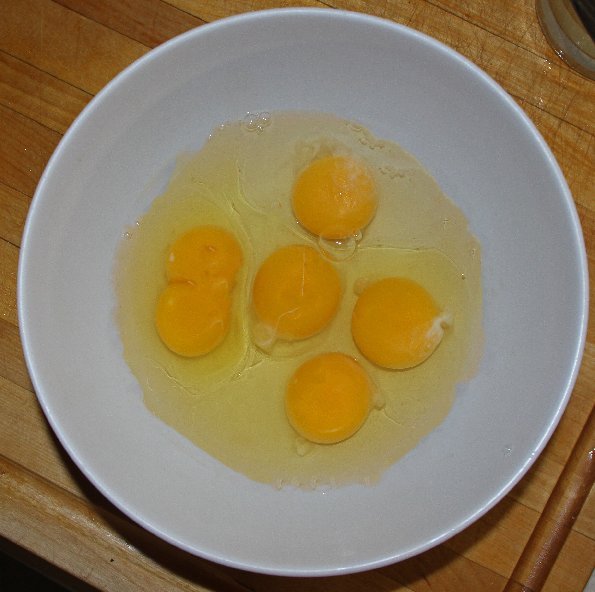 I put cheese atop the artichoke bottoms, scooped in some of the vegetables, and added about 1/4 cup of the egg mixture. I lowered the oven heat to 400º for 35 minutes while they cooked...(then raised it back to 450º to finish the artichoke..) 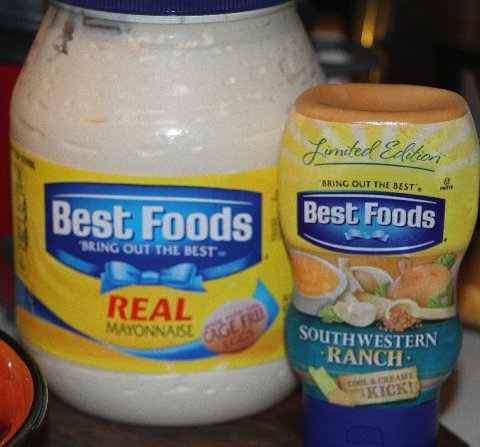 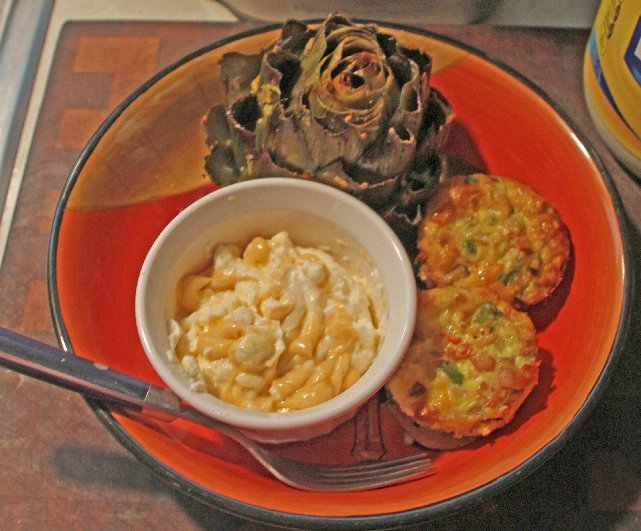 I liked the artichoke, but will stick with my old way of boiling for 45-55 minutes. The frittatas were my FAVORITE! Going to make these again with different vegetable ingredients!

This guy was outside the window while I was cooking... Goodness he/she was noise. Chirping and chirping while adding grass to it's nest... 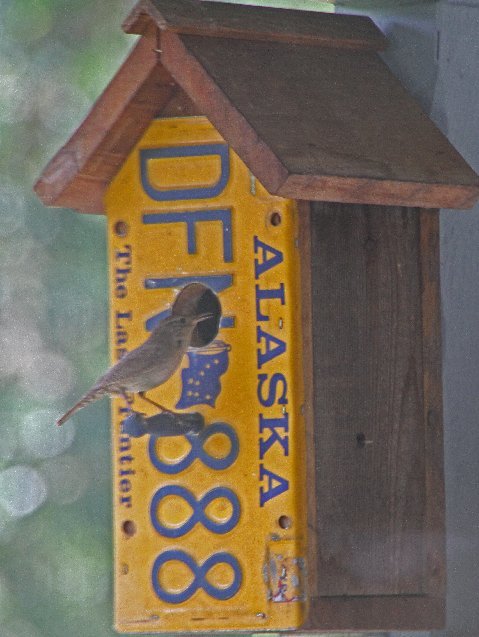 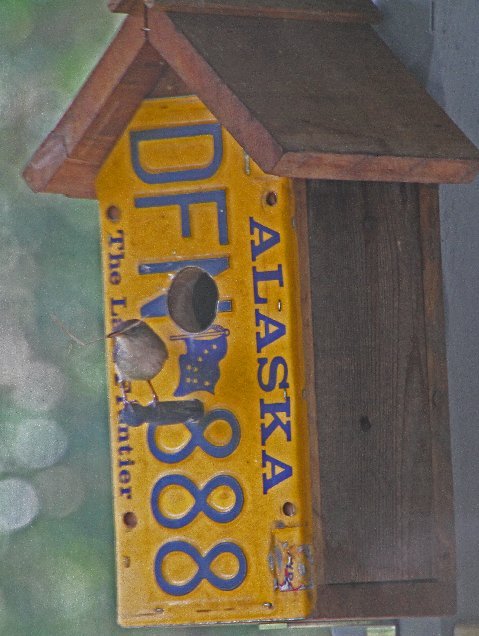 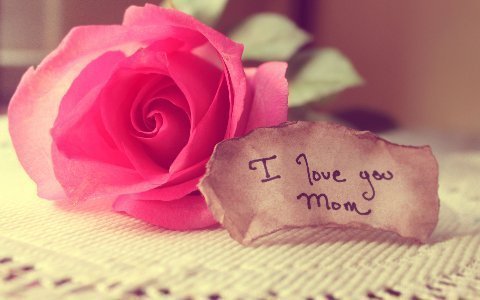 A day to celebrate the love our mother gave/gives to us.
Mom, I love you and I miss you! ♥
VE Day 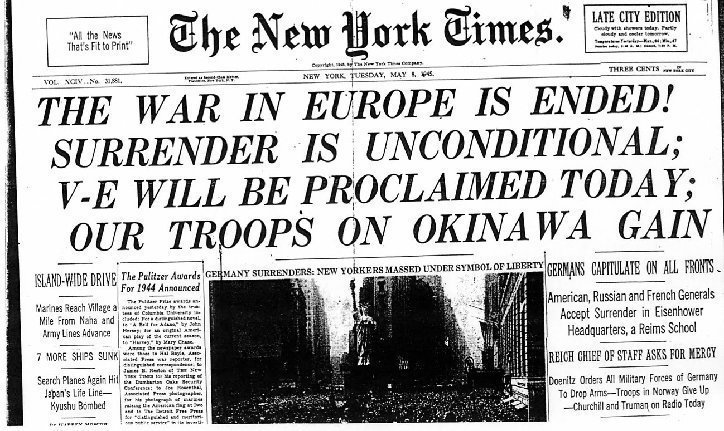 Victory in Europe Day (V-E Day) commemorates the end of fighting in Europe during World War II. After years of war, The Third Reich of Nazi Germany was defeated.  Millions of people were killed. Adolf Hitler, Germany's Dictator, had committed suicide in his bunker in Berlin.
The German Army ceased fighting on May 2, and formally surrendered unconditionally, on May 7th. The surrender of all German forces was arranged for May 8 at 11:01. The Allied countries planned to celebrate victory, and the cessation of hostilities.