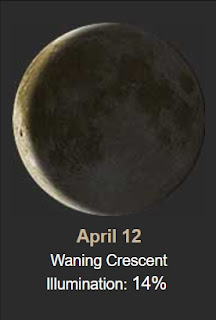 Good 35º dark cloudy morning.
Yesterday it stayed dark and cloudy and in the afternoon it got super windy! Howling windy! Then the rain which came and went.
We topped out at 56º and got 1/4".
Happy Throw Back Thursday... here are Tucker and Sami 6 years ago at one of Tucker's little league games.... 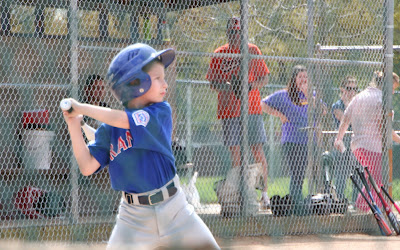 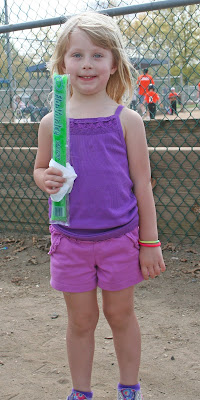 Tuesday my friend Karen, aka Sugar Bear, called to tell me she had become a great grandmother! Her granddaughter had just given birth to a baby boy. Congratulations Karen and Herman for having a great grandson! 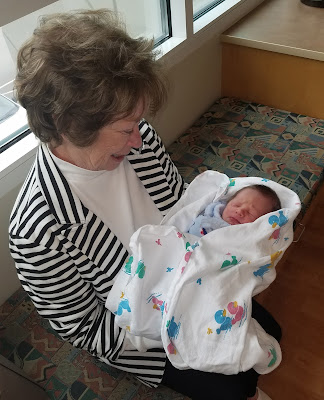 Since today is National Grilled Cheese Sandwich Day I thought you'd enjoy these 30 recipes for grilled sandwiches. Kevin has some of the most mouth-watering recipes! Enjoy. If you make any of these, let me know. I want to make the Jalapeño Grilled Cheese! 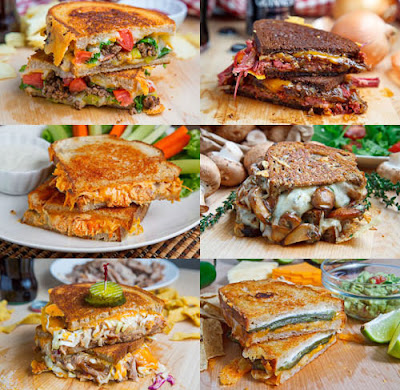 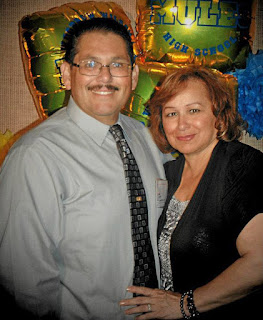 Rico was an LET (Law Enforcement Tech) at the Sheriff's Department Range at BC and he also went to the same high school I did, Woodrow Wilson, but he graduated 20 years after I did!
Historically this date.................
1945 – U.S. President Franklin D. Roosevelt dies while in office; vice-president Harry Truman is sworn in as the 33rd President.


1955 – The polio vaccine, developed by Dr. Jonas Salk, is declared safe and effective.


1999 – US President Bill Clinton is cited for contempt of court for giving "intentionally false statements" in a sexual harassment civil lawsuit. 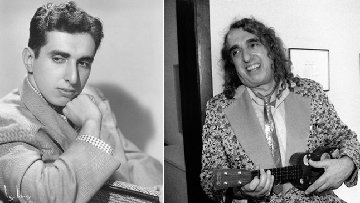 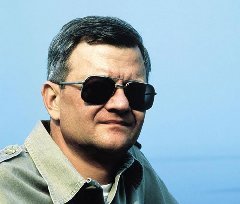 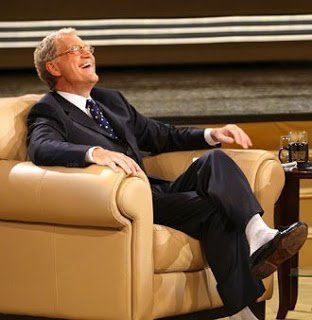 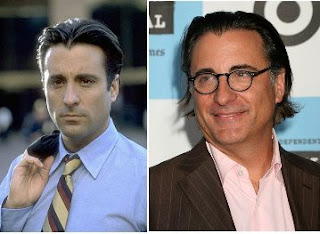 Later I made a quick run into town to meet up with Jean at Brian's office, and get my taxes she did for me. Then because she is so kind and doesn't charge me to do the taxes I took her to lunch at The Vine, which is next door to Brian's office. 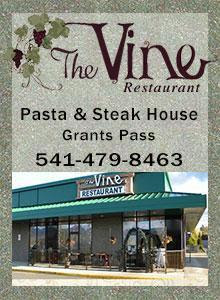 I had a Greek Chicken Salad.... which is chicken and a basil kalamata tapenade and feta cheese on baby spinach. AWESOME! 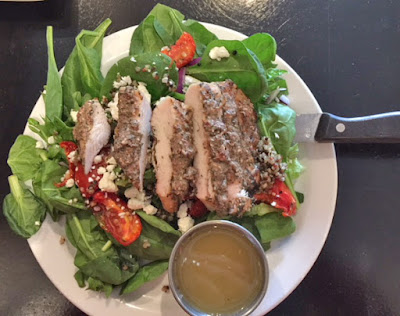 Jean had the Rustic Italian Salad with candied lemon, Parmesan, pine nuts, and a balsamic reduction on mixed greens.
Had a nice conversation with Dustin, The Vine owner and chef.

Then off to Safeway for groceries. I had a GREAT time because I ran into my pal Jeannie whom I haven't seen in forever! We yackity yacked for a while. So good to see you girl!!!! ox
Then home just in time and the car unloaded before the rain started.

My neighbor Frank had called me earlier
to let me know that sometime Tuesday night another car crashed down by our mailboxes and JUST MISSED THEM!!! The car apparently went into the ditch past our neighbor's driveway.... WHEW. As I left for town I took these photos.... 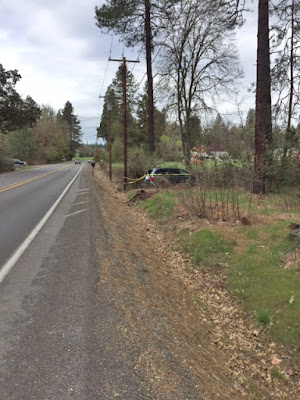 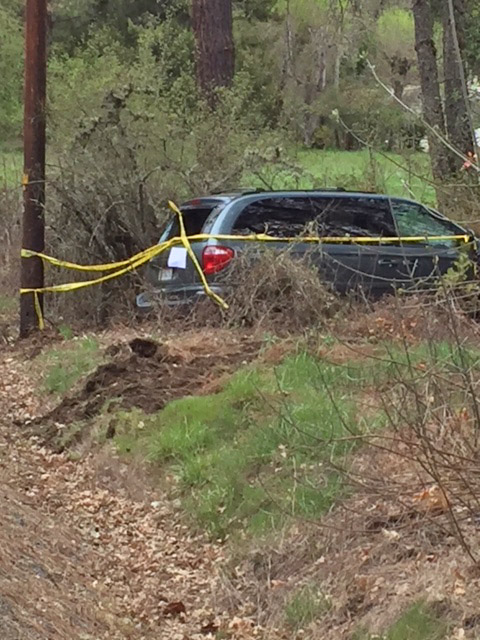 Dinner was reruns of the Asian Stir-Fry and an Omaha steak cooked in the air fryer. 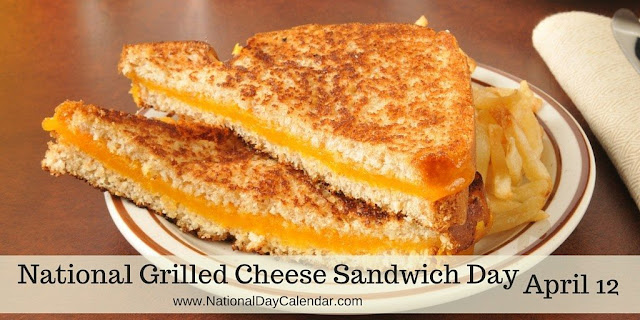 National Grilled Cheese Sandwich Day is observed annually on April 12th.  Listed in a reader’s opinion poll, Grilled Cheese Sandwiches are among one of the top comfort foods in the United States.
According to food historians, cooked bread and cheese is an ancient food, enjoyed across the world in many cultures.  The United States modern version of the grilled cheese sandwich originated in the 1920s when inexpensive sliced bread and American cheese became easily available. Originally it was made as an open-faced sandwich.
United States government cookbooks describe Navy cooks broiling “American cheese filling sandwiches” during World War II.
Grilled cheese sandwiches are versatile thanks to the ability to mix and match cheeses, bread, and seasonings.  Adding sauteed vegetables or herb-infused oils can elevate this simple comfort food to a whole other level.
HOW TO OBSERVE
Enjoy the following tried and true recipes.
Pesto Grilled Cheese Sandwich
Italian Grilled Cheese Sandwiches
Posted by Oregon Sue at 7:42 AM No comments: