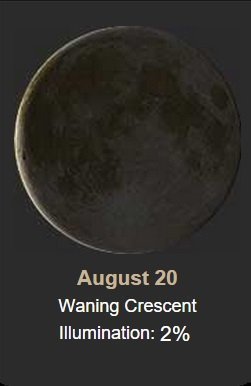 Yesterday it was sickeningly smokey as well. I had to close the house up early and turn on the AC and ceiling fans. Cough cough cough....
Temperature wise we topped at 85.8º.

Yesterday I could hardly see my mountain for the smoke.... and it looks the same right now... 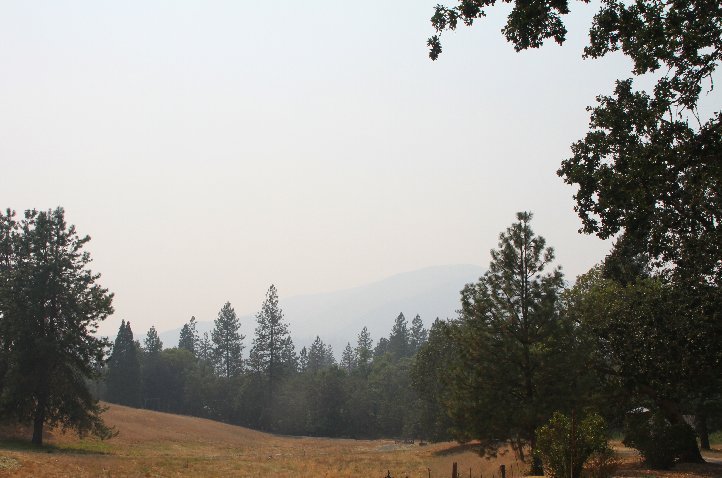 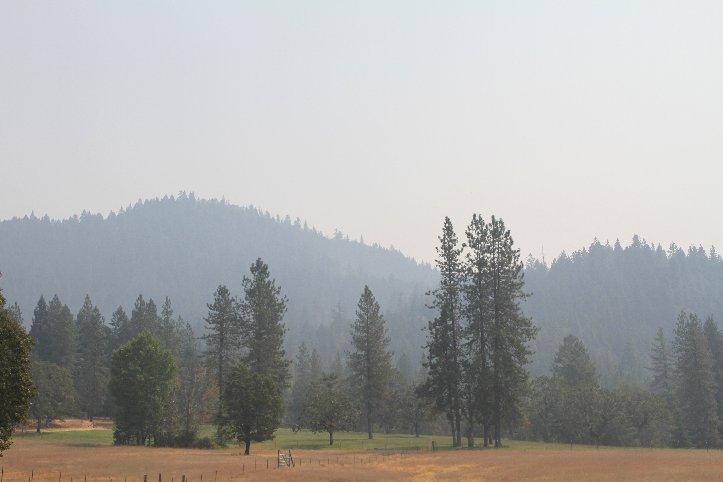 Breakfast was an omelette filled with shredded chicken and Parmesan cheese and yogurt and tomato on the side.  I made the omelette with a new omelette maker. Super easy. Super good. Super fluffy. More on that later... 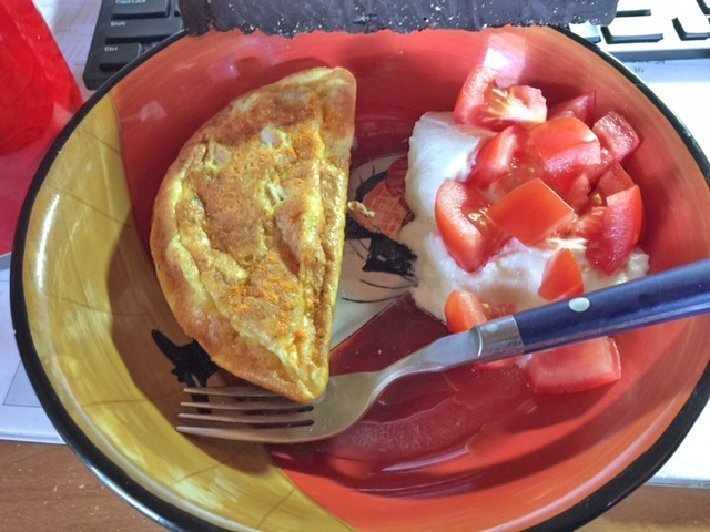 At the top of the plate is the chocolate side of one of those biscotti's ..... just in case you were wondering what that odd looking stuff was!

Get prepared for tomorrow.... our total eclipse will happen about 10:15 in the morning here and we are just about 200 miles south of the line. 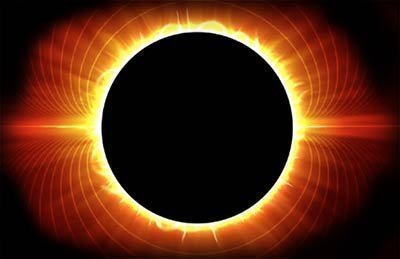 Friend Ann Ramirez (LASD ret) sent me this link re the time of the eclipse in Rogue River...
https://www.timeanddate.com/eclipse/in/@7173778 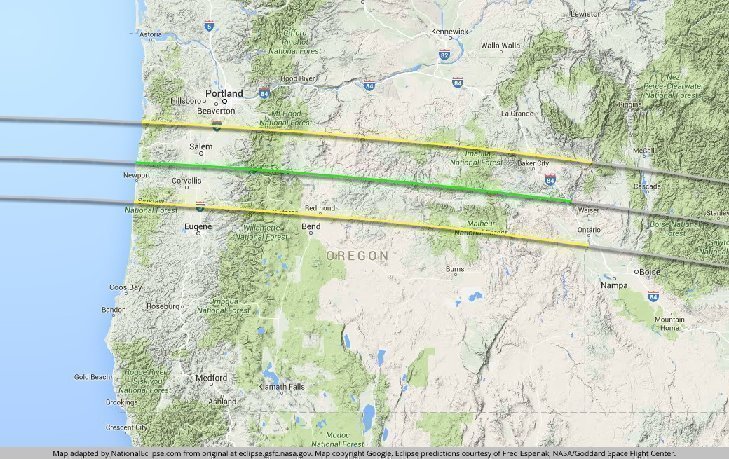 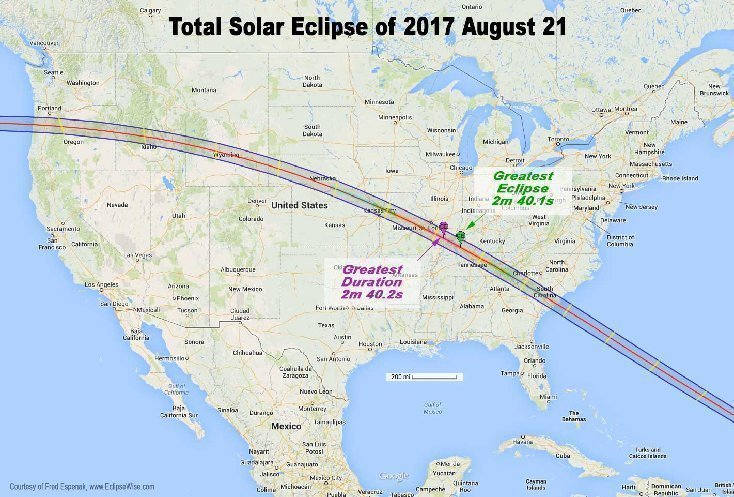 The first spot on Oregon where it will happen is Depot Bay (Hey Joe and JoAnn.... )
Here is a listing of times it will be visible in different areas:
http://www.moongiant.com/discover/eclipse-2017/
It will also be recorded locally here on Channel 10 & 12 from 10:am til noon. Check your listings to see if it's being shown in your area.

1910 – The Great Fire of 1910 (also commonly referred to as the Big Blowup or the Big Burn) occurred in northeast Washington, northern Idaho (the panhandle), and western Montana, burning approximately 3 million acres. 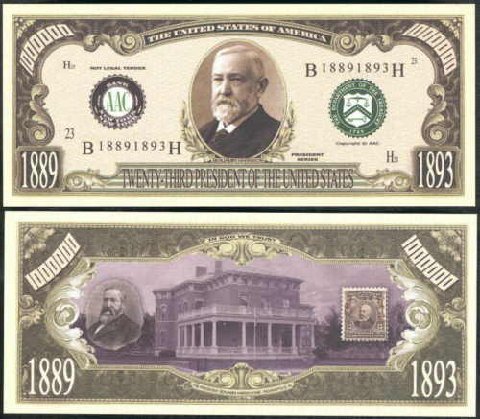 Weird weird weird ... he killed two people ended up getting pardoned... backed Ovamit in the election and then switched to Trump this time.


This was on the Friday night news....

Meet Squish, a baby greater flamingo, who was born just a few months ago from an egg that was found abandoned.
Workers at Singapore's Jurong Bird Park incubated the egg until Squish was born.
Today, Squish was able to strut around the park with specially made blue booties protecting his feet from the hot ground. 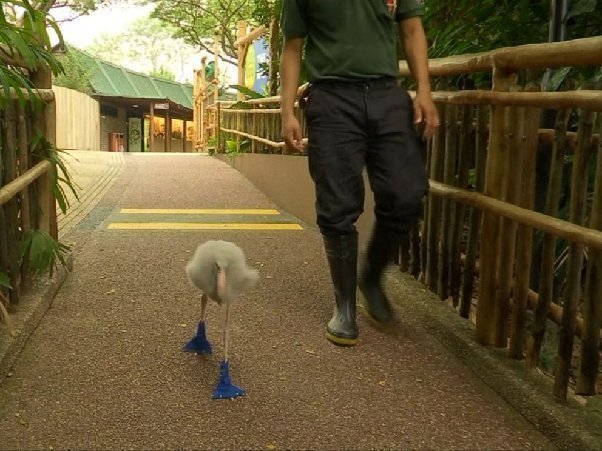 The booties, according to bird experts, will help prevent his feet from getting calluses, which could get infected and delay his release into the wild.
Squish is taking strolls daily to help strengthen his legs and give him some exposure to sunlight. 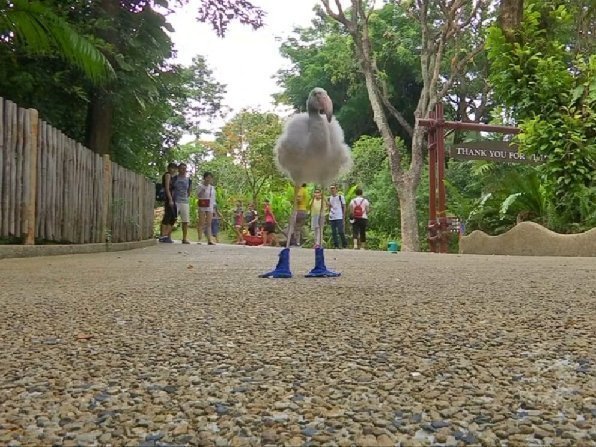 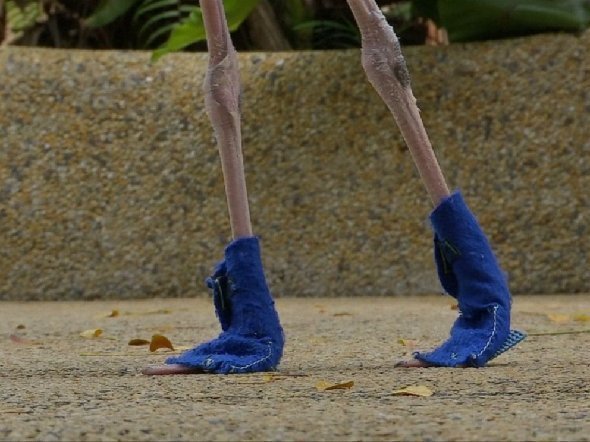 Gerard Wan, Jurong Bird Park's animal care officer, said the UV rays from the sun will help boost his calcium levels which will strengthen his bone development.
"When his feet are [strong enough,] we will send him back into the flock, and hopefully, he will be able to integrate with them," Wan said.
Wan said Squish has been progressing well and doesn't need to be fed by hand anymore. Currently, Squish weighs 3.5 pounds, and park workers anticipate he will be strong enough to release to the flock in about two weeks.
What is funny about this story is the name Squish. That is the nickname Brian gave to his Sami! 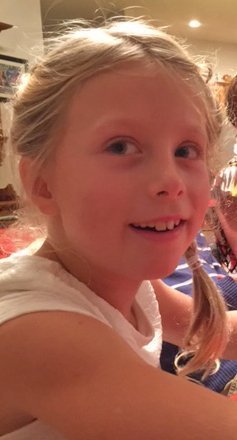 I was having a dream early Saturday morning. I was in a super crowded parking lot trying to find a parking place. The lot looked a lot like the one by Brian's office. Anyway, I looked up and there was Jerry, wearing a light blue pull over shirt and wearing a red cowboy hat. He pointed me to the only available parking spot! OMG. 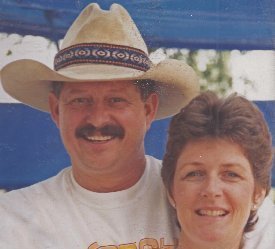 You know, more often than not I do find parking spots right up front and close to where I am going. I always figured Jerry was watching out for me and made them available! Friends are always saying, "how come you always find a front row parking place?" LOL


Later dinner was a filet Omaha Steak, avocado, tomato, and some balsamic/buttery mushrooms. First I sauteéd the mushrooms in butter very slowly. 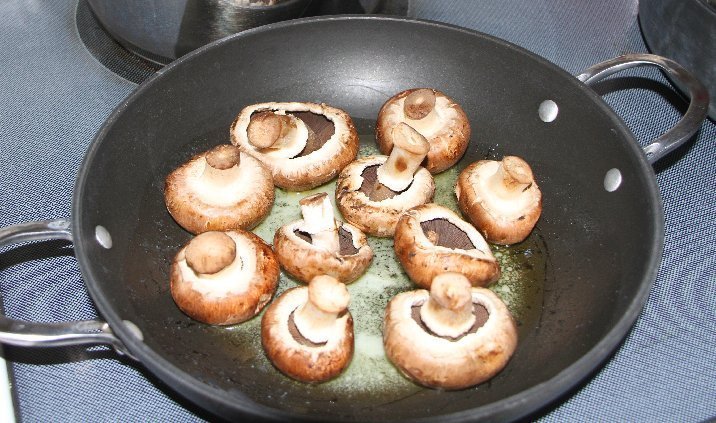 Then I added in some Napa Valley Pomegranate Balsamic Vinegar... let that cook for a bit and then added in some mayonnaise and it made a super good gravy! 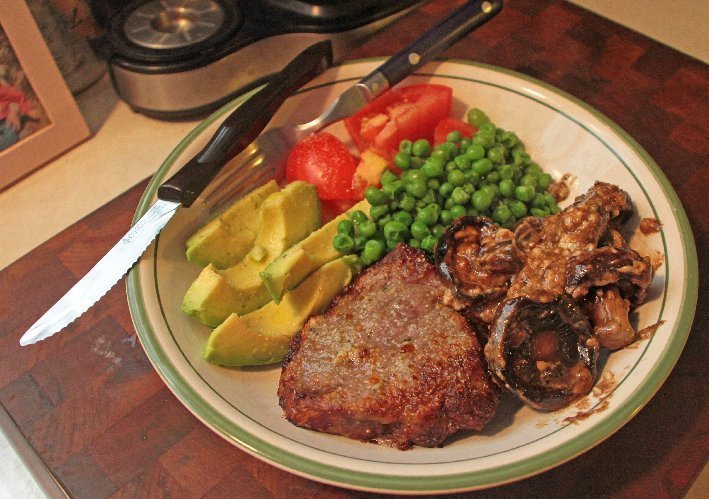 I know, there are lots of things you don't think about adding mayonnaise to, but it works for all kinds.... great slathered on a chicken for roasting too.

I watched the Dodgers vs Detroit Tigers baseball game. The game was played in Detroit. Really pretty stadium down in the middle of town.... 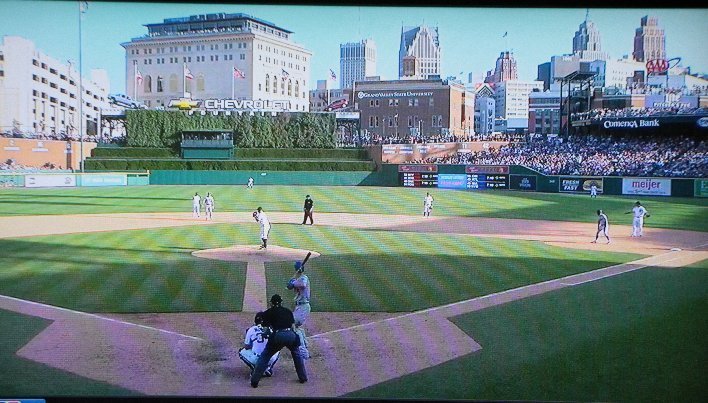 The Dodgers won 3 to zip! The announcers for the game were Dick Enberg and Kirk Gibson!!! 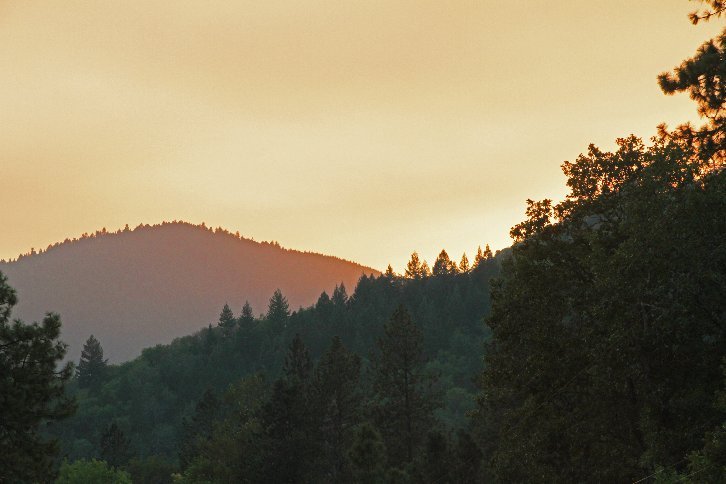 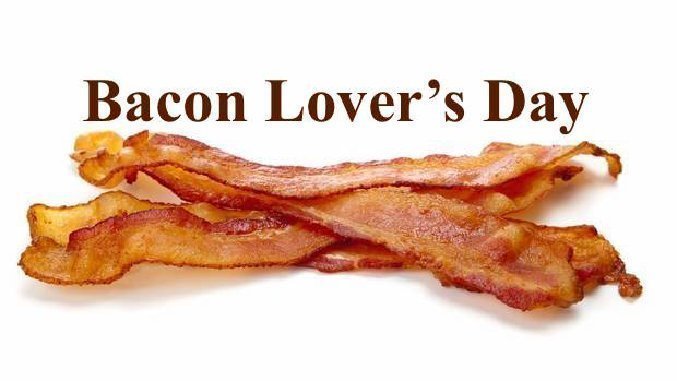