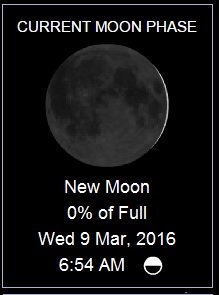 Good 40º raining morning. Started sometime in the night, 1/2" so far.
Here is the Siskiyou Summit this morning... 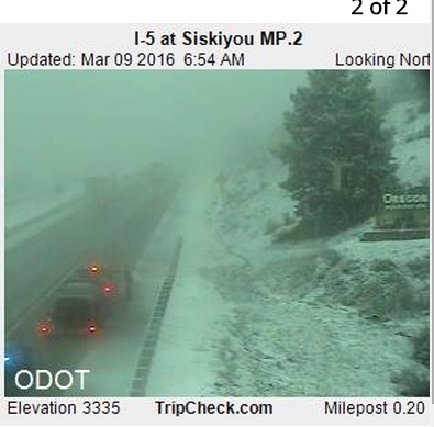 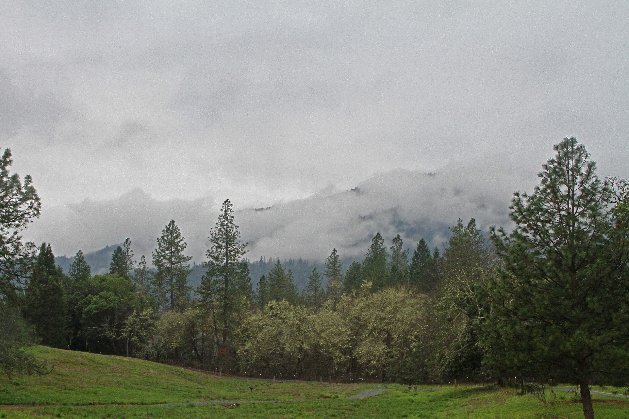 A turtle was robbed by a group of snails. When questioned as to what happened, the turtle said, "I don't know. It all happened so fast!" 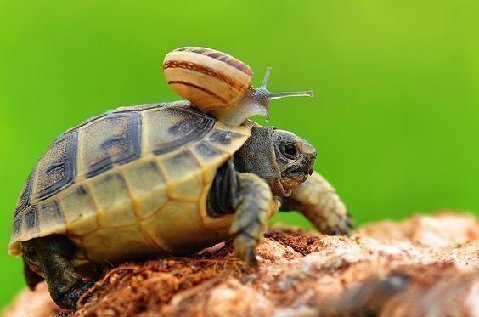 Speaking of critters... take this survey to find out what wildlife personality you are..... 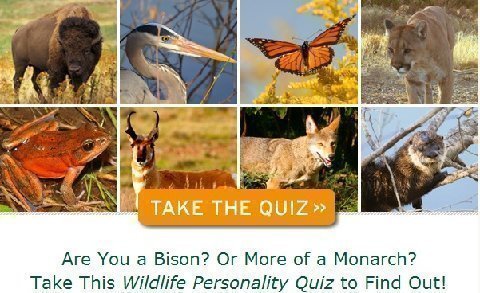 http://blog.nwf.org/2016/03/quiz-whats-your-wildlife-personality/?s_email_id=20160308_MEM_BGV_MembershipMonth_WildlifePersonality_MEM|STGow
Turns out I am a red wolf... (LOL) "Just like the red wolf, you stick by family and those closest to you through thick and thin. Privacy is important to you, but your beguiling way make you someone people seek out to spend time with. You are true to yourself and those who count on you and you must might like vacationing or living along the North Carolina coast!" 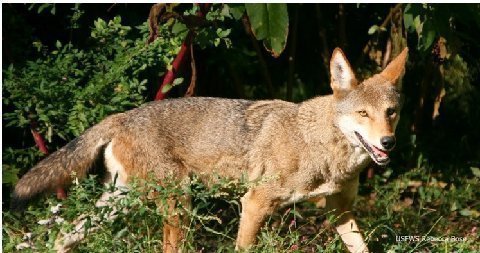 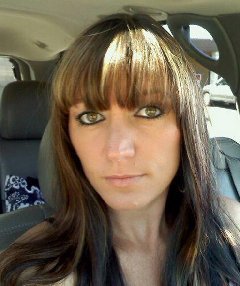 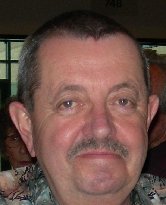 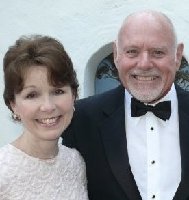 I remember this pet pig Wendy used to have. She'd feed him (her?) in the kitchen and this silly pig hated to have it's face wiped off after it ate (and believe me it needed a wiping)

and it would squeal when Wendy did that... so it got to the point 'Piggy' would start squealing almost immediately after it started eating in anticipation of the face cleaning! OMG, soooo funny! HAPPY BIRTHDAY WENDY!
Historically this date...
1842 – The first documented discovery of gold in California occurs at Rancho San Francisco, six years before the California Gold Rush. 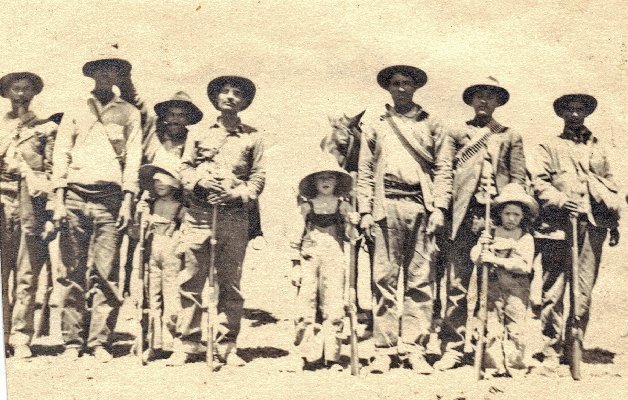 This picture was taken in 1910 in Cananea Mexico. These are Pancho Villa's men who came to my grandparents home and told them since they weren't Mexican citizens they must leave. My Mother on the left with some kind of bandage on her head, my Uncle Lloyd in the middle, and my Aunt Agnes on the right.


1945 – The Bombing of Tokyo by the United States Army Air Forces began, one of the most destructive bombing raids in history.


1959 – The Barbie doll makes its debut at the American International Toy Fair in New York. 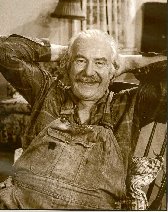 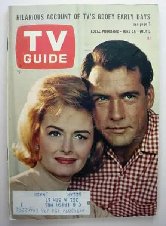 I watched this show on TV, Dateline hosted by Lester Holt, about OJ and what the jury never heard at the trial. 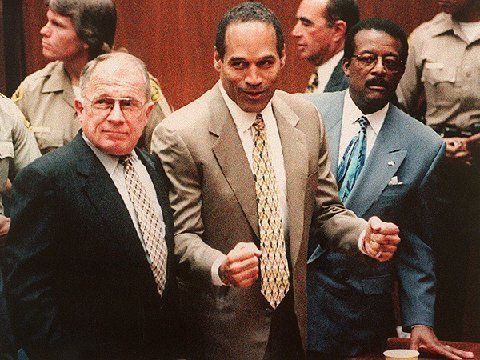 Such a freekin' miscarriage of justice with all the DNA evidence not even discussed by the jury, who was all black but 2 of them white and 1 hispanic. Hello? They switched the trial from Santa Monica to downtown LA where the jury pool would be mostly black so if they had convicted him the possibility of riots was very low, unlike if a white jury convicted him! On OJ's side were three EXTREMELY anti-white prejudicial attorneys. Nicole was beaten by OJ numerous times, but never reported it. She also told her sister and Kris (Jenner) Kardashian that he was going to kill her. Not admissible, as it was hear-say.
Then Det. Furhman didn't back up his findings, by taking "the 5th"! What a wus. https://en.m.wikipedia.org/wiki/Mark_Fuhrman
OK off the 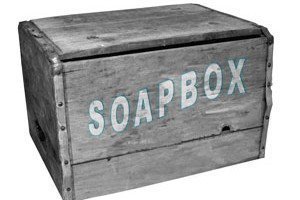 Just when it started raining yesterday, Mike Artoff of Artoff Plumbing came by to change the filter in the pump house... 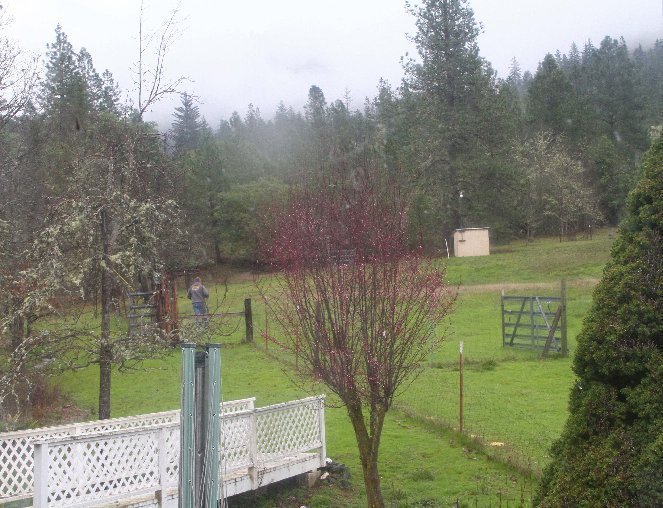 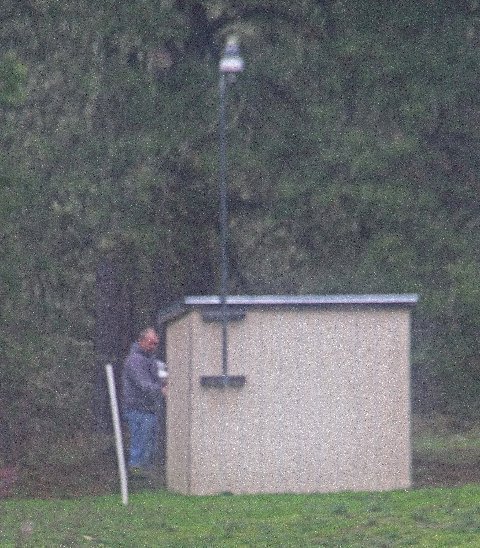 My water is pumped from an underground stream, so we have to change the filter every 9 months or so, otherwise I get a lot of sediment and minerals in the water that make a mess of the toilet tank etc.

Dinner was a new cabbage thing. I read this recipe and it called for a head of cabbage coarsely chopped, 1/2 cup shredded carrots, 1 can chicken stock, 2 pats of butter, and 1 cup of cheese.
Well to begin with I was getting the grater wheel out of the drawer that goes on my Cuisinart  and the slicing wheel cut my finger! Lots of pressure, some neosporin, and a super tight band aid and it was still bleeding. UGH. Dang blades are SHARP!!!!! 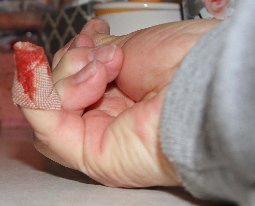 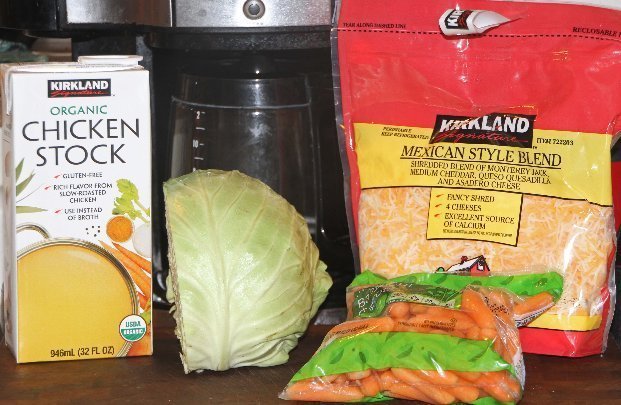 I chopped the cabbage, put 10 oz chicken stock and two pats of butter in the skillet.... brought to a boil and added the cabbage. Lid on and lowered heat to simmer and cooked and stirred for 30 minutes. 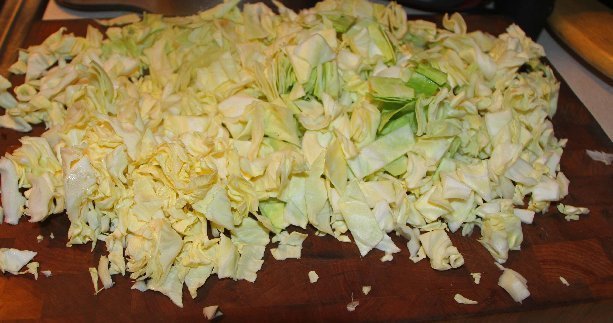 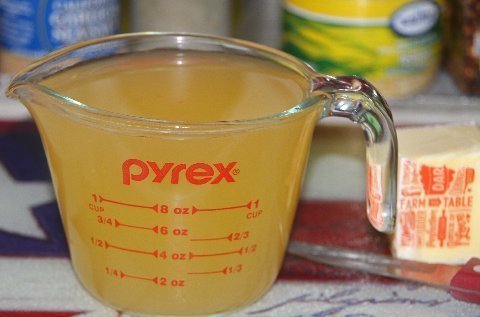 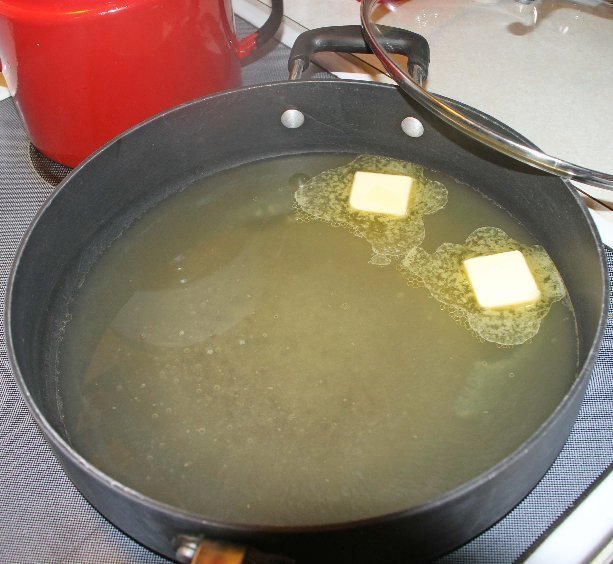 After the finger injury I was not going to just shred 1/2 cup of carrots! So I ended up with just over 2 cups. Sounded good anyway! 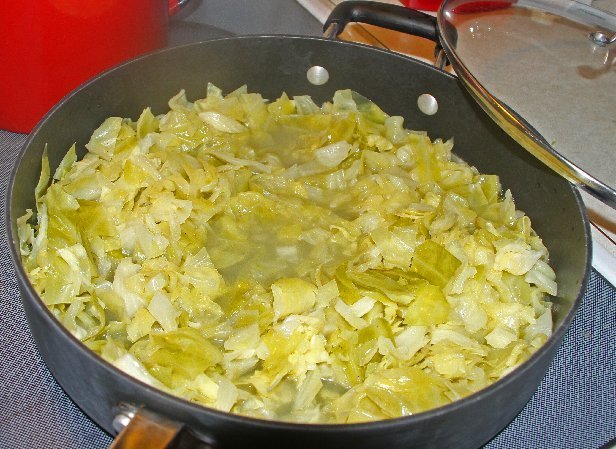 Add the carrots, add the cheese, 2 cups... not 1 ! Then salt and pepper to taste. Stirred up and kept on warm. 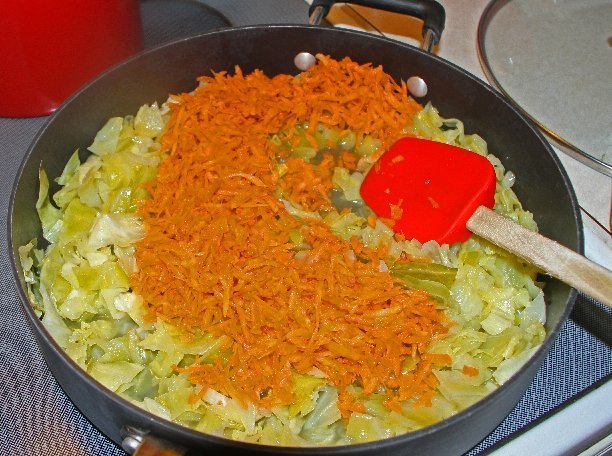 Also, I took out about 2/3 of the chicken stock. Too much, too watery. 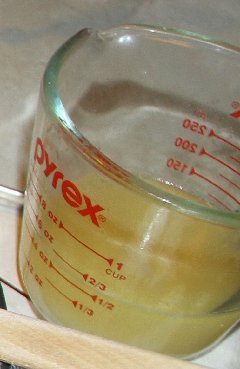 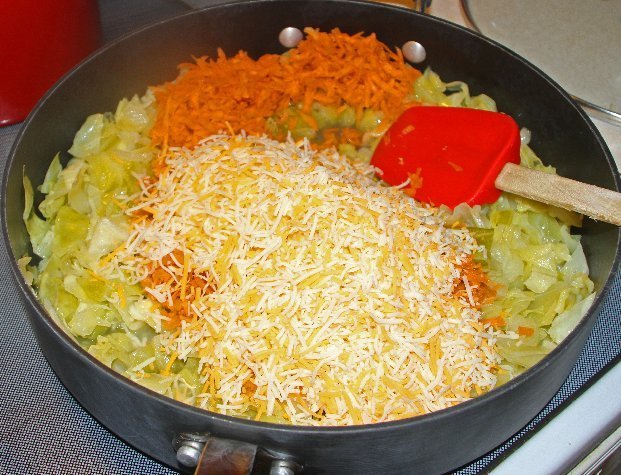 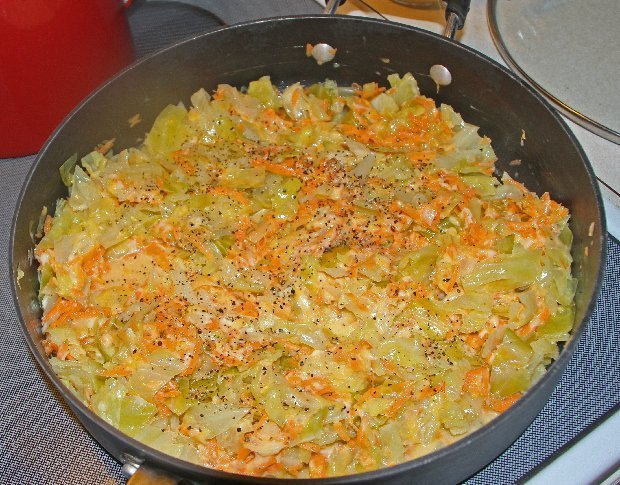 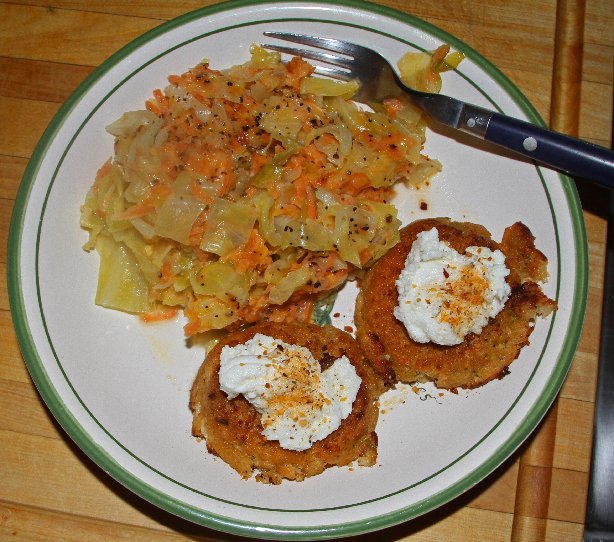 OMGOOOD!! I will make this cheesy cabbage again, but start with only 1/2 cup chicken stock and of course 2 cups grated carrots and 2 cups cheese. Whoever wrote down the original  recipe must have liked "cabbage soup" !!! 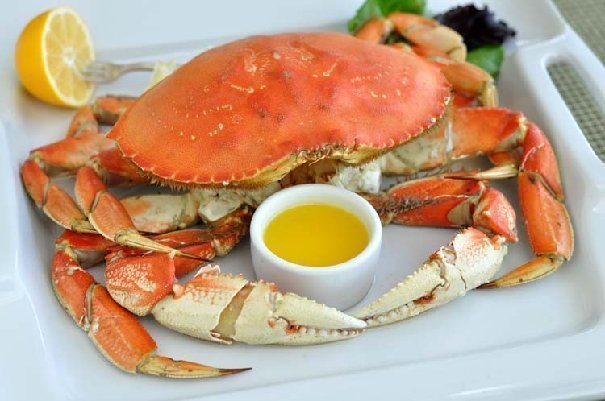 Here are a bunch of crab recipes:
http://www.cdkitchen.com/recipes/articles/view/506/1/National-Crabmeat-Day.html


Cold cracked crab. What a treat. Jerry and I always got that at Aliotos  in San Francisco on The Wharf.
Posted by Oregon Sue at 7:24 AM 4 comments: