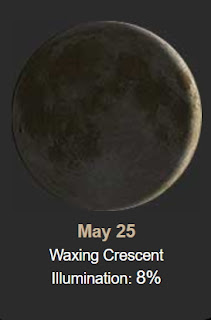 Yesterday we started off bright and sunny and a little after 8am the clouds covered the sky. The cloud cover stayed all day and we ended up at 88º! Summer!!! 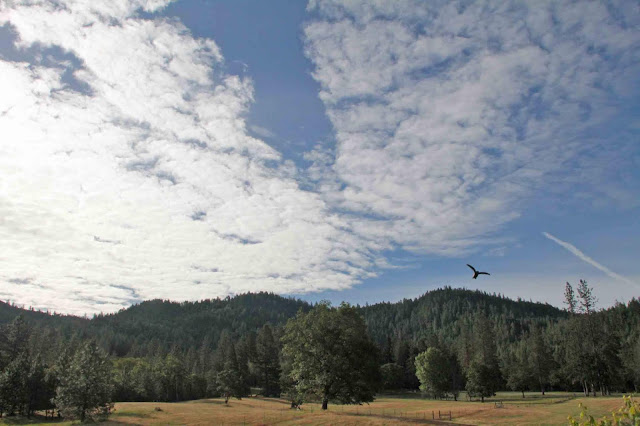 Interesting...
George Edward Foreman (born January 10, 1949) is an American former professional boxer who competed between 1969 and 1997. Nicknamed "Big George", he is a two-time world heavyweight champion and an Olympic gold medalist. Outside of boxing, he is also an author and entrepreneur. 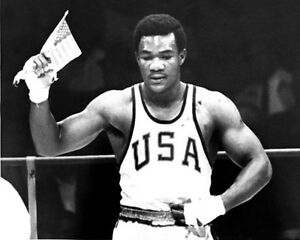 After a troubled childhood Foreman took up amateur boxing and won a gold medal in the heavyweight division at the 1968 Summer Olympics.....

Having turned professional the next year, he won the world heavyweight title with a second-round knockout of then-undefeated Joe Frazier in 1973. Two successful title defenses were made before Foreman's first professional loss to Muhammad Ali in "The Rumble in the Jungle" in 1974. Unable to secure another title opportunity, Foreman retired after a loss to Jimmy Young in 1977.

Following what he referred to as a religious epiphany, Foreman became an ordained Christian minister. Ten years later he announced a comeback and, in 1994 at age 45, he regained a portion of the heavyweight championship by knocking out 26-year-old Michael Moorer to win the unified WBA, IBF, and lineal titles. Foreman is the oldest living world heavyweight boxing champion in history, and the second oldest in any weight class after Bernard Hopkins (at light heavyweight). He retired in 1997 at the age of 48, with a final record of 76 wins (68 knockouts) and 5 losses
The boxing legend and famous grill pitchman has 12 children: five sons and seven daughters. All five of his sons share the same name, George Edward Foreman — something the boxer said he did to unite the men together. Of course, calling everyone “George” can be a little confusing, so Foreman’s sons have all earned nicknames for themselves. There’s George Jr., George III (“Monk”), George IV (“Big Wheel”), George V (“Red”), and George VI (“Little Joey”). Foreman also has a daughter named Georgetta. 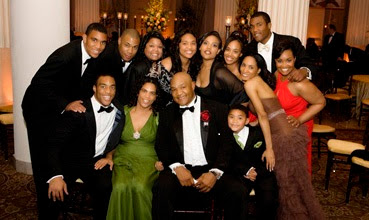 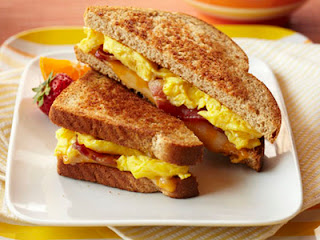 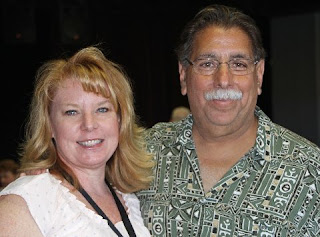 
1961 – Apollo program: U.S. President John F. Kennedy announces before a special joint session of the Congress his goal to initiate a project to put a "man on the Moon" before the end of the decade.


... .this was Jerry's all time favorite movie. We went to the El Monte Drive-in at least 7 times to see it!


1979 – Six-year-old Etan Patz disappears from the street just two blocks away from his New York City home, prompting an international search for the child, and causing U.S. President Ronald Reagan to designate May 25th as National Missing Children's Day (in 1983). 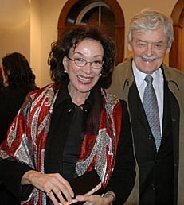 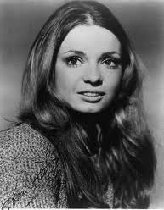 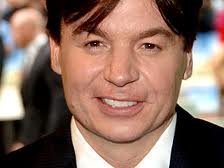 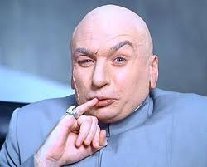 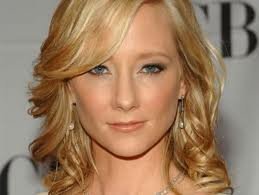 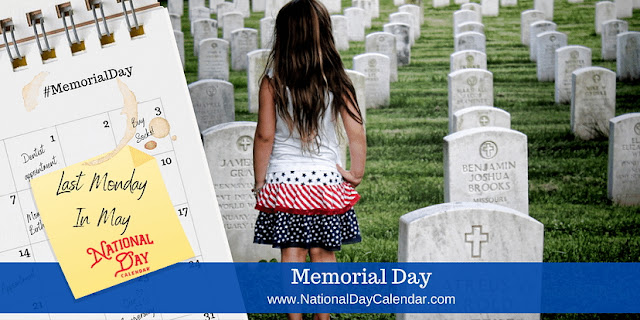 Each year in the United States, Americans observe the Federal holiday, Memorial Day, the last Monday in May. It honors and remembers all men and women who have died while serving in the United States Armed Forces. Memorial Day is also a day to remember all loved ones who have passed away.
Traditionally on Memorial Day, the flag of the United States of America is raised briskly to the top of the staff then solemnly lowered to the half-staff position where it remains until noon. At noon, it is then raised to full-staff for the remainder of the day.
When the flag is at half-staff, the position is in remembrance of the more than one million men and women who gave their lives for their country.  Raising the flag at noon signifies the nation lives, that the country is resolved not to let their sacrifice be in vain but to rise up in their honor and continue to fight for liberty and justice for all.
In the United States, Memorial Day traditionally marks the beginning of summer.

Honoring the men and women who have died while serving in the military, communities, individuals, and organizations have kept Memorial Day in various forms in the United States since the end of the Civil War. General John Logan first called for a nationwide day of remembrance on May 5, 1868. The observance was called Decoration Day, and it was observed on May 30th, 1868.

General James Garfield spoke at Arlington National Cemetery with Generals Grant, Howard, Logan, Pane, Wool, and Hancock in attendance. Volunteers also decorated the graves of 20,000 Union and Confederate soldiers.
Across the country, humble tributes occurred on that first Decoration Day. Just outside Fort Stevens near Washington, D.C., there was a small cemetery where 40 soldiers were buried, one of whom belonged to a widow from Northern Vermont. He was one of three sons she lost to the war. On Decoration Day, she went to the cemetery carrying 40 wreaths for 40 graves.
Someone placed a laurel wreath upon the head of a Lincoln statue at City Hall, Washington, D.C.
In Cincinnati, Hamilton and Dayton Railroads transported passengers to the Spring Grove Cemetery.  As a tribute, communities displayed flags at half-mast along the routes. More volunteers placed floral wreaths on the soldiers’ graves, and speeches were made. Many of the first Decoration Days recognized only the Union soldiers. However, other events included the Confederate soldiers as well. Over time, the day grew to include all those soldiers lost during the conflict.
Decoration Day gradually became known as Memorial Day and now honors all U.S. service members who have died during a military conflict. Memorial Day continued to be observed on May 30th for many years. Then, in 1968, Congress passed the Uniform Monday Holiday Act of 1968. Since 1971, Memorial Day has been observed the last Monday of May.