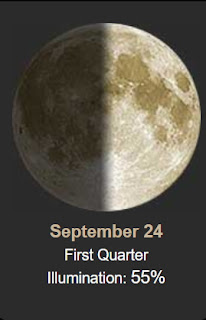 Good 56º cloudy morning.
Yesterday the winds came up and they were wild!! We topped at 83º. Then the predicted rain for last night came. Not a lot, but everything is wet.
Picture of the Day... timing is everything! 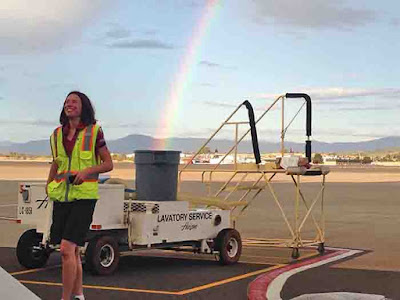 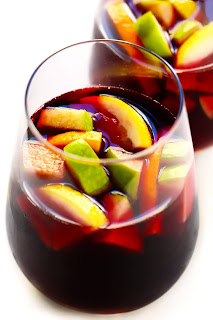 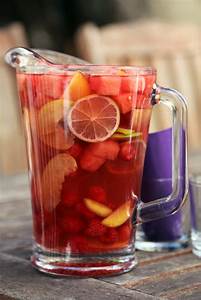 Sangria is an alcoholic beverage from Spain.

A punch, the sangria traditionally consists of red wine and chopped fruit, often with other ingredients or spirits.

Sangria is one of the most popular drinks in Spanish cuisine. It is commonly served in bars, restaurants, chiringuitos, and festivities throughout Spain.

Sangría literally means bloodletting in Spanish. The term sangria used for the drink can be traced back to the 18th century. According to the SAGE Encyclopedia of Alcohol, sangria's origins "cannot be pinpointed exactly, but early versions were popular in Spain, Greece, and England."

Sangaree, a predecessor drink to sangria that was served either hot or cold, likely originated in the Caribbean (West Indies), and from there was introduced to mainland America, where it was common beginning in the American colonial era but "largely disappeared in the United States" by the early twentieth century. Sangria as an iced drink was reintroduced to the U.S. by the late 1940s through Hispanic Americans and Spanish restaurants, and enjoyed greater popularity with the 1964 World's Fair in New York. 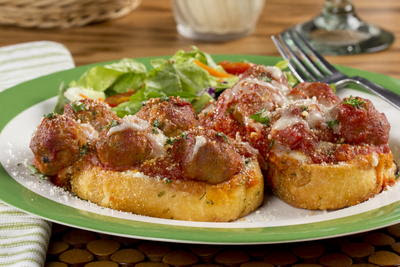 Get the gang rushing to the dinner table with a casserole they're going to love. Our Meatball Sub Casserole is delicious and hearty, making it perfect for families with big appetites. (It's also great for game day get-togethers!)


2008 – The Trump International Hotel and Tower in Chicago is topped off at 1,389 feet (423 m), at the time becoming the world's highest residence above ground-level. 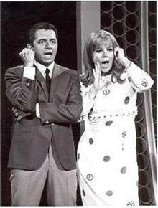 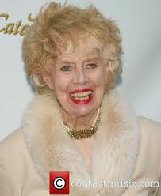 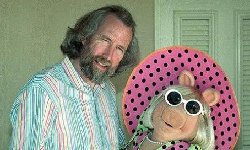 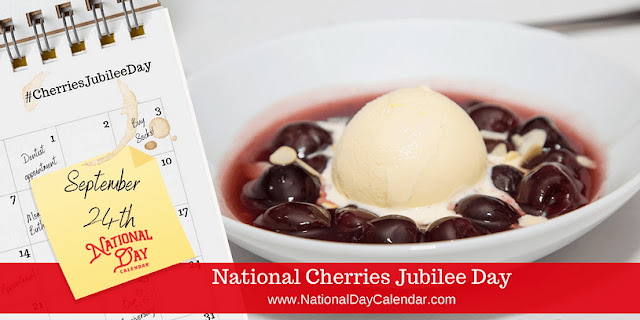 Auguste Escoffier receives the credit for the Cherries Jubilee recipe. Since he knew Queen Victoria’s fondness for cherries, Escoffier prepared the dish for one of her Jubilee celebrations. However, his original method didn’t include ice cream. Instead, the chef poached the cherries in a simple syrup and poured warm brandy over them. Then just before serving, dramatically set the alcohol aflame.

The word jubilee means many things. However, in reference to the vibrant dessert featuring plump cherries, it means a celebration. As we all know, desserts often accompany celebrations.  And cherries jubilee is no exception. The excitement associated with the grand presentation accentuated the event, too.

Escoffier had a knack for simplicity and elegance. He also created the Peach Melba in honor of Nellie Melba. The famous chef even named a macaron after Sarah Bernhardt. (Though there’s no day on the calendar for it, yet.)

Find a restaurant near you that serves cherries jubilee. As part of the celebration, order dessert first. Or, try making it yourself. Try this delicious Cherries Jubilee recipe. At the same time, be sure to share a photo of your masterpiece!