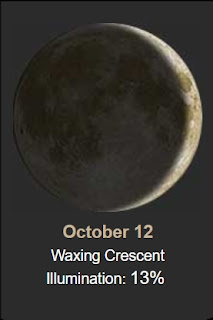 Good 34º icy clear morning.
Yesterday was another one of those clear days. By noon we were still in the 60ºs. We topped at 80º. 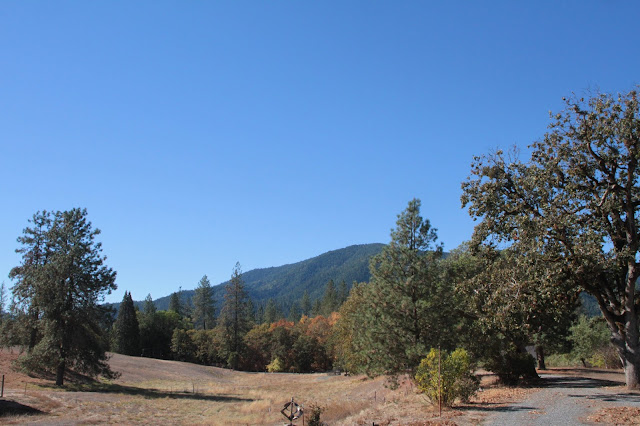 It got REALLY windy for a bit. 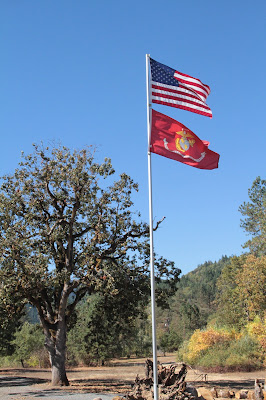 I have a carport under an oak tree and the carport has a metal roof. Well, when the wind blows and the acorns fall, it sounds like gunshots!!! 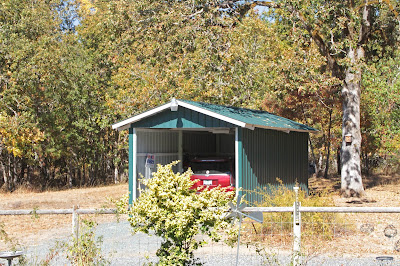 There is no 10-12 radio code.  :o(
Yesterday was just minor project day and then the Natural Pest Control guy, Tim,  came over. Been having a problem with moles or voles or something digging in my front lawn. Also he found some bald faced hornets with nests on the front porch. Next Tuesday the crew will come out to spray for the hornets and either put out traps or something else for the grass burrowing critters.
Picture of the Day....
With a little 'addition' of my own.... 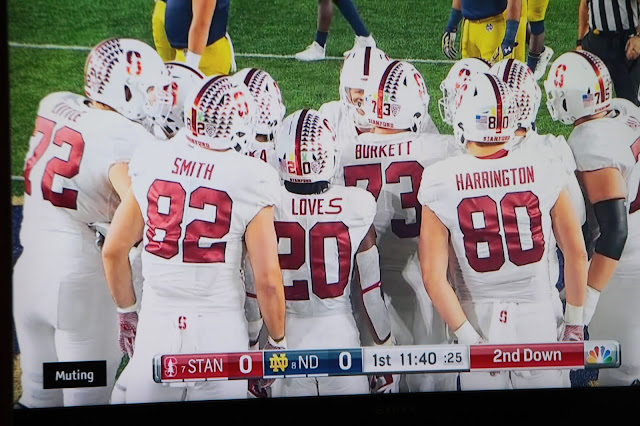 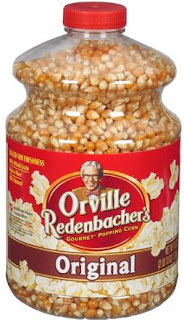 Popcorn (popcorns or pop-corn) is a variety of corn kernel, which expands and puffs up when heated.
A popcorn kernel's strong hull contains the seed's hard, starchy endosperm with 14–20% moisture, which turns to steam as the kernel is heated. Pressure from the steam continues to build until the hull ruptures, allowing the kernel to forcefully expand from 20 to 50 times its original size—and finally, cool.
Some strains of corn (taxonomized as Zea mays) are cultivated specifically as popping corns. The Zea mays variety everta, a special kind of flint corn, is the most common of these.
The six major types of corn are dent corn, flint corn, pod corn, popcorn, flour corn, and sweet corn.
Corn was first domesticated about 10,000 years ago in what is now Mexico. Archaeologists discovered that people have known about popcorn for thousands of years. In Mexico, for example, remnants of popcorn have been found that date to around 3600 BC.
Popping of the kernels was achieved by hand on the stove-top through the 19th century. Kernels were sold on the East Coast of the United States under names such as Pearls or Nonpareil. The term popped corn first appeared in John Russell Bartlett's 1848 Dictionary of Americanisms. Popcorn is an ingredient in Cracker Jack, and in the early years of the product, it was popped by hand.

An early popcorn machine in a street cart, invented in the 1880s by Charles Cretors in Chicago.
Popcorn's accessibility increased rapidly in the 1890s with Charles Cretors' invention of the popcorn maker. Cretors, a Chicago candy store owner, created a number of steam powered machines for roasting nuts, and applied the technology to the corn kernels. By the turn of the century, Cretors had created and deployed street carts equipped with steam powered popcorn makers.
During the Great Depression, popcorn was fairly inexpensive at 5–10 cents a bag and became popular. Thus, while other businesses failed, the popcorn business thrived and became a source of income for many struggling farmers, including the Redenbacher family, namesake of the famous popcorn brand. During World War II, sugar rations diminished candy production, and Americans compensated by eating three times as much popcorn as they had before. The snack was popular at theaters, much to the initial displeasure of many of the theater owners, who thought it distracted from the films. Their minds eventually changed, however, and in 1938 a Midwestern theater owner named Glen W. Dickson installed popcorn machines in the lobbies of his theaters. The venture was a financial success, and the trend soon spread.
In 1970, Orville Redenbacher's namesake brand of popcorn was launched. In 1981, General Mills received the first patent for a microwave popcorn bag, with popcorn consumption seeing a sharp increase by tens of thousands of pounds in the years following.
At least six localities (all in the Midwestern United States) claim to be the "Popcorn Capital of the World;": Ridgway, Illinois; Valparaiso, Indiana; Van Buren, Indiana; Schaller, Iowa; Marion, Ohio; and North Loup, Nebraska. According to the USDA, corn used for popcorn production is specifically planted for this purpose; most is grown in Nebraska and Indiana, with increasing area in Texas. As the result of an elementary school project, popcorn became the official state snack food of Illinois.

Air-popped popcorn is naturally high in dietary fiber and antioxidants, low in calories and fat, and free of sugar and sodium. This can make it an attractive snack to people with dietary restrictions on the intake of calories, fat or sodium. For the sake of flavor, however, large amounts of fat, sugar, and sodium are often added to prepared popcorn, which can quickly convert it to a very poor choice for those on restricted diets.
One particularly notorious example of this first came to public attention in the mid-1990s, when the Center for Science in the Public Interest produced a report about "Movie Popcorn", which became the subject of a widespread publicity campaign. The movie theaters surveyed used coconut oil to pop the corn, and then topped it with butter or margarine. "A medium-size buttered popcorn", the report said, "contains more fat than a breakfast of bacon and eggs, a Big Mac and fries, and a steak dinner combined." The practice continues today. For example, according to DietFacts.com, a small popcorn from Regal Cinema Group (the largest theater chain in the United States) still contains 29 g of saturated fat. the equivalent of a full day-and-a-half's reference daily intake. 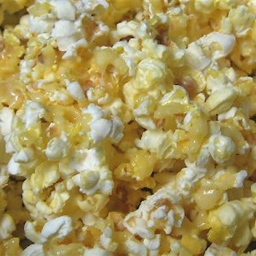 I love butter or I Can't Believe It's Not Butter spray and some grated cheese on mine! 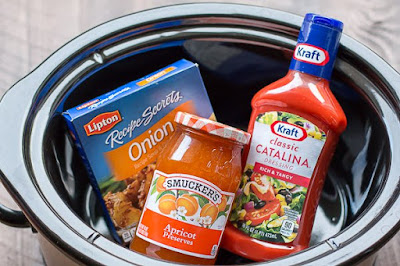 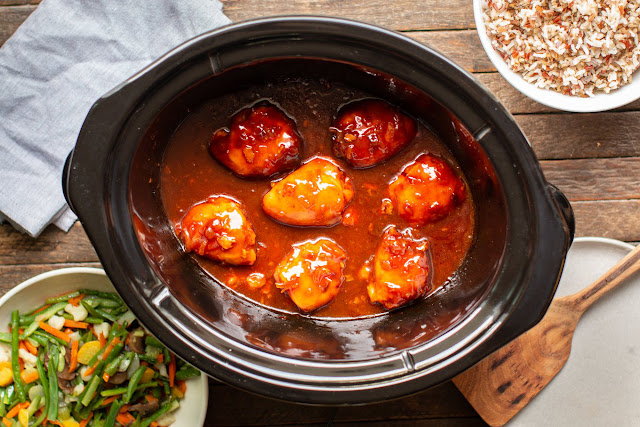 The sauce is sweet and tangy and the chicken is tender and moist.
Slow Cooker Size: 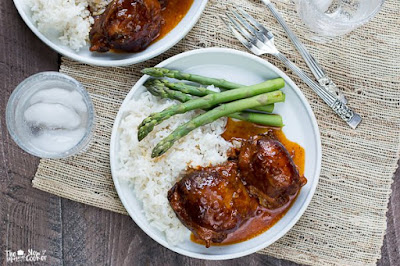 Historically this date...........
1492 – Christopher Columbus's expedition makes landfall in the Caribbean, specifically in The Bahamas. The explorer believes he has reached South Asia
1792 – First celebration of Columbus Day in the USA held in New York
1823 – Charles Macintosh, of Scotland, sells the first raincoat.
1892 – The Pledge of Allegiance is first recited by students in many US public schools, as part of a celebration marking the 400th anniversary of Columbus's voyage.
1901 – President Theodore Roosevelt officially renames the "Executive Mansion" to the White House.
1933 – The United States Army Disciplinary Barracks on Alcatraz Island, is acquired by the United States Department of Justice
1962 – Infamous Columbus Day Storm strikes the U.S. Pacific Northwest with record wind velocities; 46 dead and at least U.S. $230 million in damages
...............interesting read!
2000 – The USS Cole is badly damaged in Aden, Yemen, by two suicide bombers, killing 17 crew members and wounding at least 39 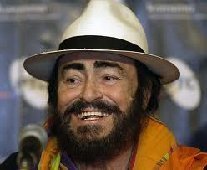 On Wednesday when Mike was here he installed my new shower head. 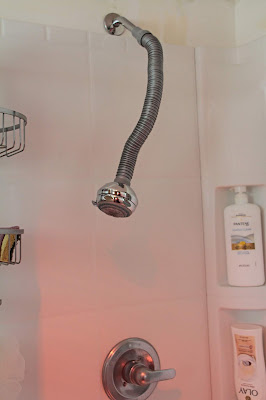 I had one just like this but it got old, so I went to the hardware store and bought a new shower head. That was a mistake. I had been totally spoiled with the previous one. Didn't like it at all, so found one like I had on Amazon, a Waterpik Power Flexible" shower head, and had it sent. It is sooooooooooooooooooooo neat! It is so flexible, so points in any direction, goes really high or low. It has different sprays too. 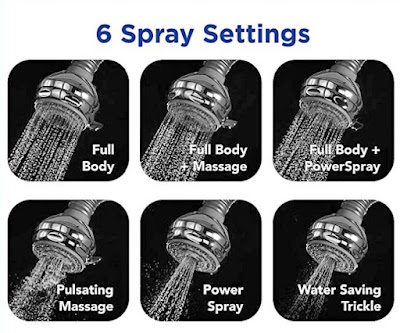 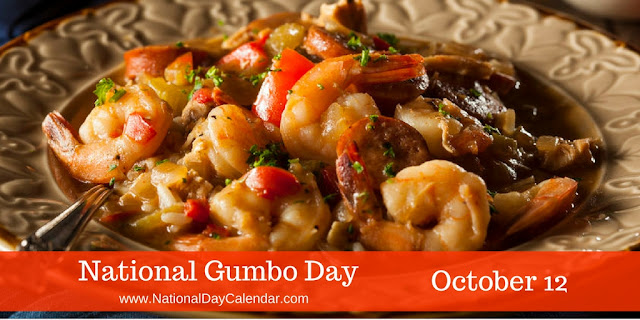 A heavily seasoned, stew-like dish is in the spotlight on National Gumbo Day which is annually observed on October 12. Originating in southern Louisiana during the 18th century, Gumbo is a dish that typically consists of a strongly flavored stock, meat or shellfish, a thickener and seasoned vegetables.  The seasoned vegetables may include celery, bell peppers and onions which are a trio known in Cajun cuisine as the “holy trinity. The dish is commonly served over rice. Gumbo is usually categorized by one of the following types of thickener used:
Gumbo arose from a West African word for okra, which many believe is how the name and the ingredient also intertwined.  Gumbo is thought to have been first documented in 1802 and was listed in various cookbooks in the latter 19th century.  It gained widespread popularity in the 1970s when the United States Senate cafeteria added Gumbo to the menu in honor of Louisiana Senator Allen Ellender. Gumbo is the official cuisine of the state of Louisiana.  Since 1989, New Iberia, Louisiana has held The World Championship Gumbo Cook-Off.
HOW TO OBSERVE
Enjoy these Gumbo recipes:
Chicken and Okra GumboSeafood Okra Gumbo
Posted by Oregon Sue at 7:59 AM No comments: